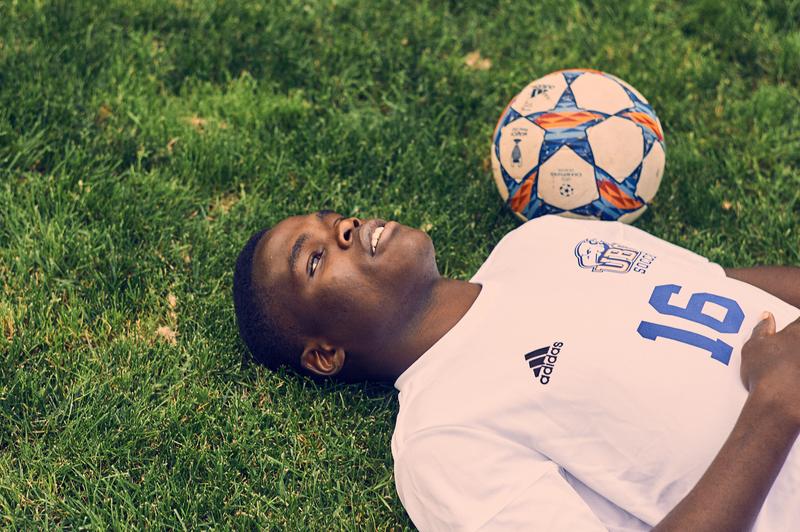 “I just keep the faith and know that God has better plans for me. I just have to stay focused on the process for now.” Ian Owolabi

Being the Thunderbirds’ leading scorer is no small feat, but Victory Shumbusho — a soccer prodigy with seven goals in ten games so far this year — makes it look easy.

The rookie only started getting interested in the sport when he moved to Uganda as a young boy. According to Shumbusho, “football” is not just a common activity in Uganda. “It’s the main sport. That’s the only sport they play,” said Shumbusho.

“I was nine, and every evening people would get together and play,” Shumbusho continued. “I was just interested in that and since then I started taking it seriously.”

Shumbusho’s success in the sport can be largely attributed to his rigid work ethic and determination. As explained by Whitecaps FC, Shumbusho joined their residency program in August 2016 after turning heads with Chilliwack Attack. 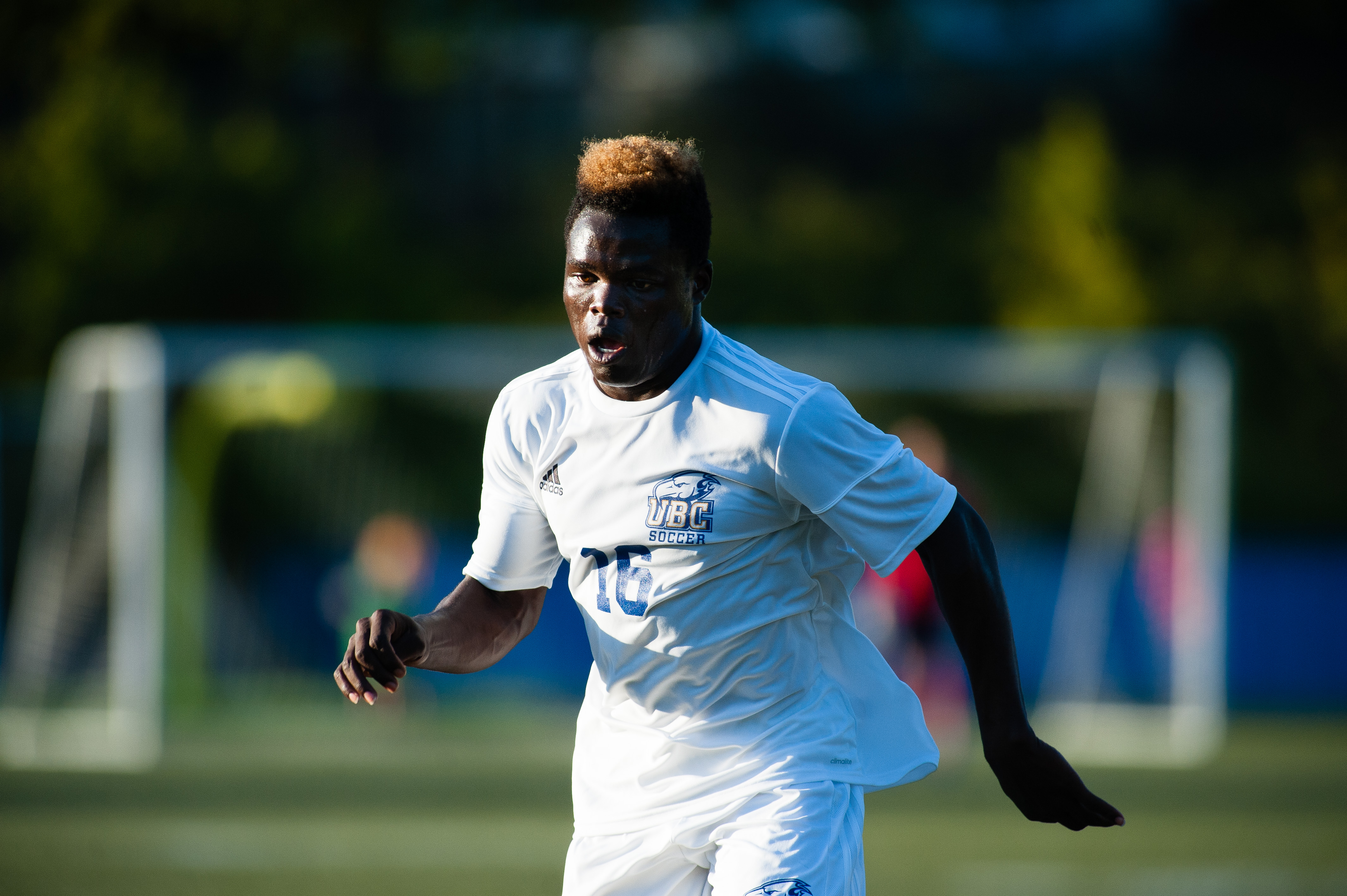 Shumbusho was born in the Democratic Republic of the Congo but later, because of the civil war taking place there, his family moved to Uganda as refugees. While in Uganda, his parents applied for relocation through the International Organization for Migration (IOM) — an organization that handles relocation and migration worldwide.

Four years ago, the Shumbusho family were granted their application — they were selected by a church in Chilliwack, BC, relocating them over 14,000 kilometres away.

“We didn’t really have a say where we wanted to go. We just knew we wanted to get out of there to go find a better life,” Shumbusho said. “My father did it mostly for me and my two brothers, so we could come out here to a place where there’s more opportunities.”

For Shumbusho, faith has always been an important aspect of his life.

“I’m a Christian. I’m of Christian background,” he said. “I just keep the faith and know that God has better plans for me. I just have to stay focused on the process for now.”

Shumbusho has plenty of advice for up-and-coming athletes. His first is for them to always remember where they came from. For him, a player’s origins form part of who they are as an individual. They also need to put in the hard work.

“In Africa, most things aren’t given to you. You have to work hard. For me, work ethic has been the main thing,” Shumbusho said. “Everyday I have to put in the work no matter what.” 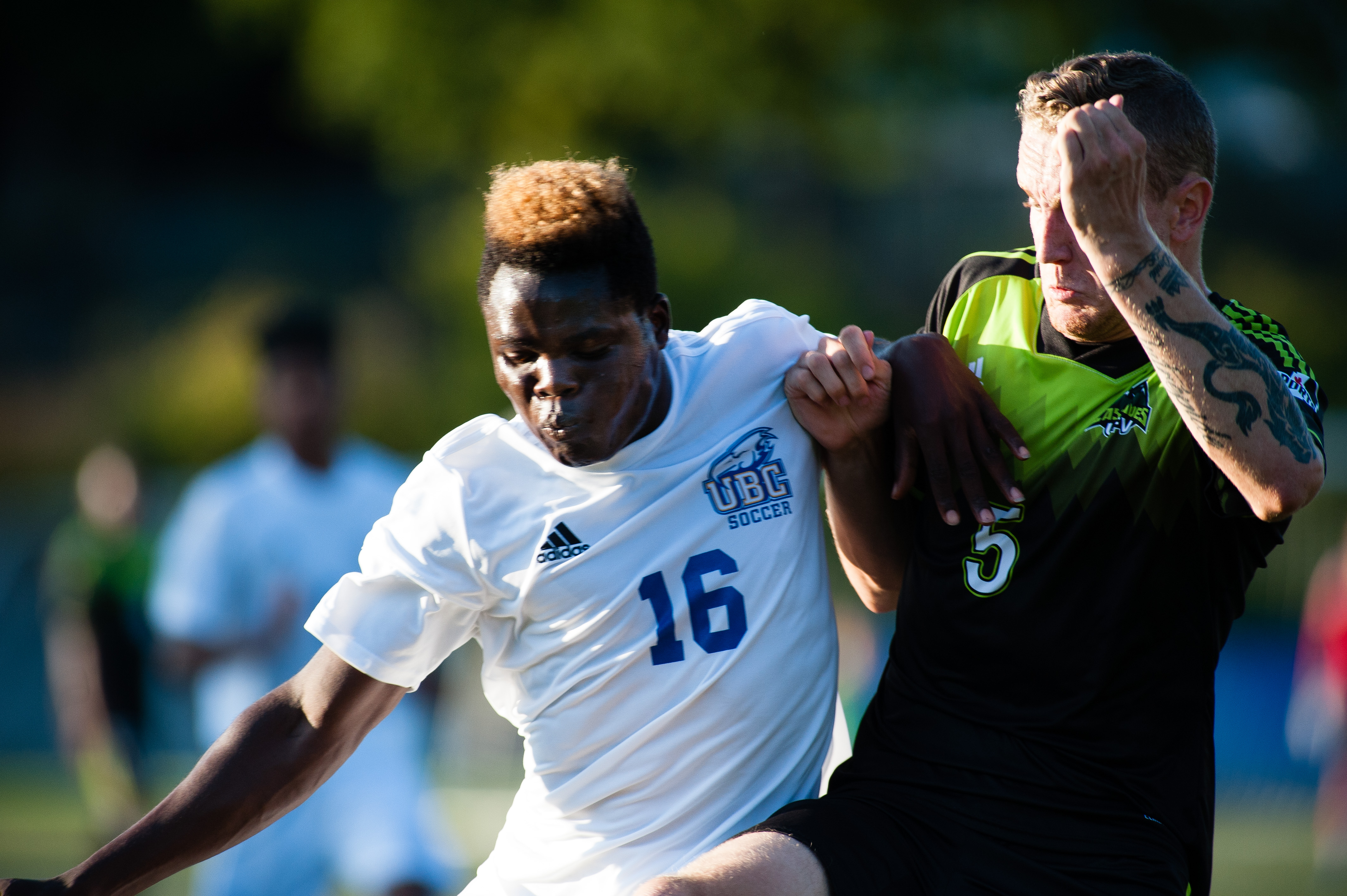 Shumbusho has scored seven goals for UBC so far this season of off just 21 shots in all games. Patrick Gillin

Lastly, athletes need to enjoy what they are doing.

This passion shines through on the field when he plays for UBC. In the first six games of their season, Shumbusho scored in all but two of them.

Shumbusho has his sights set on professional soccer as a future career. Beyond UBC, the Whitecaps residency program prospect intends to continue training and playing soccer for the Whitecaps.

For now, Shumbusho continues to train and perform for the T-Birds, a program he considers to be one of the best in Canada. He hopes that the training here sets him on the right track to be a professional soccer player.

Thousands of miles away from where he first found his passion for the sport, Shumbusho has a world of opportunity at his feet — what he does with it now is up to him. 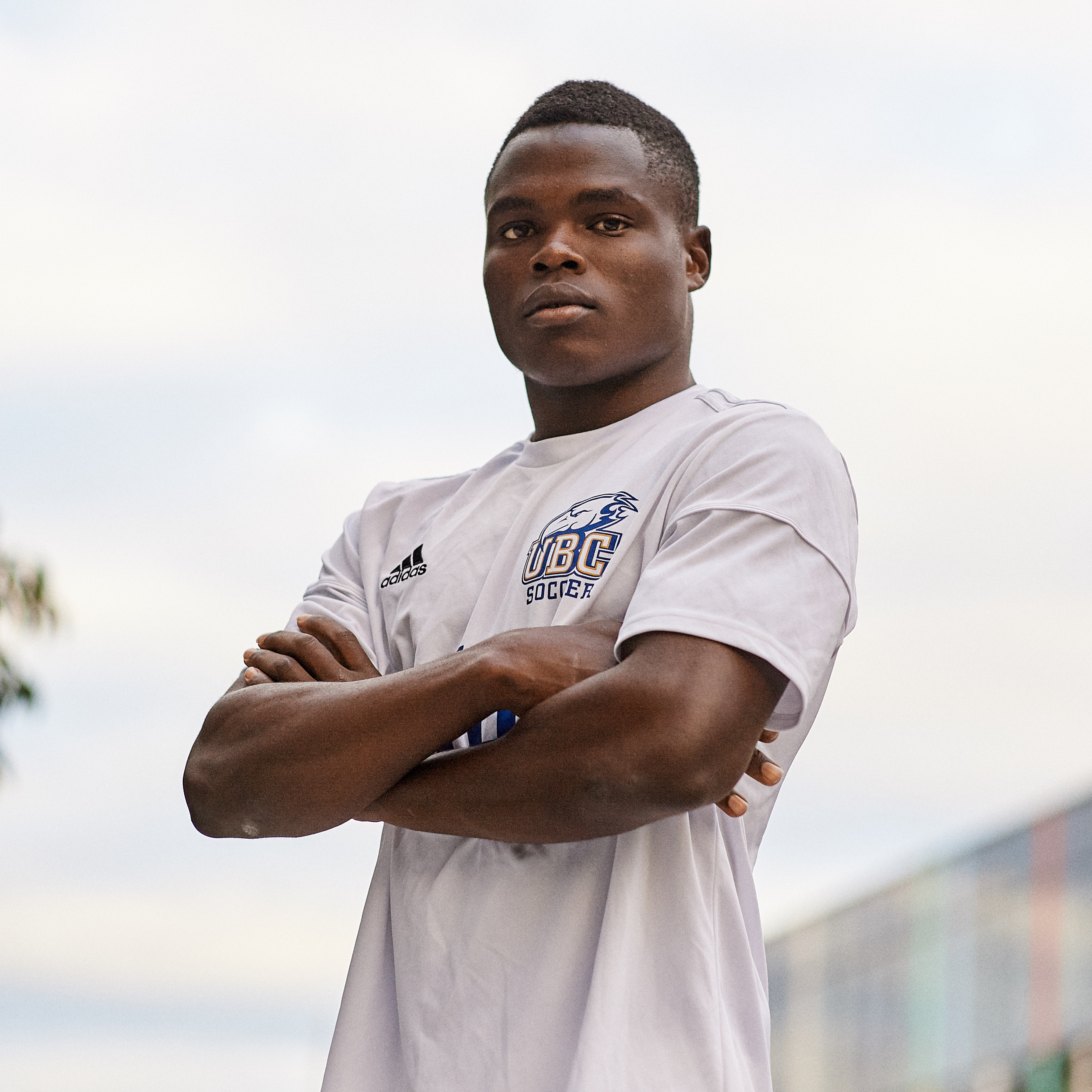 “For me, all my troubles I had in Africa, whenever I went on the field, I kind of focused and just played and had fun, right." Ian Owolabi