The UBC rowing program is at the top of its game 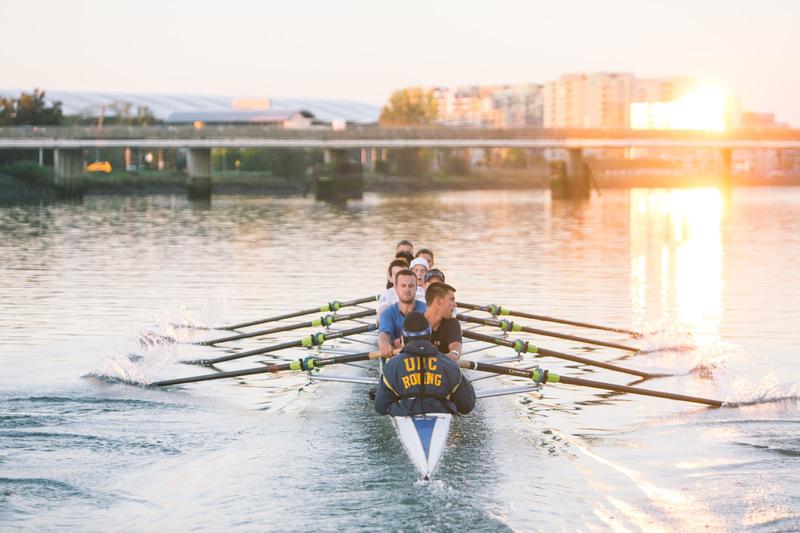 The UBC men’s and women’s rowing teams have been on top of their game this year.

In October, both teams participated in the Western Canadian University Rowing Championships at Burnaby Lake. Facing their BC rivals, the University of Victoria, the Thunderbirds were able to prevail with the women claiming first and men claiming second.

After a couple more competitions in Victoria and Boston, the teams headed to the Niagara Region in early November for the Canadian University Rowing Championships, which was held in the small city of Welland, Ontario. Men’s team coach Mike Pearce emphasized how excited his team was going into the competition.

“We knew we had a competitive team,” said Pearce. “The venue out there is one of the better ones in the country. The team was really excited to get back there and show the level that they’ve been able to work themselves to.”

One notable athlete on Pearce’s team is Maxwell Lattimer, who represented Canada in the 2016 Rio Olympics. Competing in lightweight four, Lattimer’s team finished 13th in the race.

At the nationals, the Delta native was exceptional. He finished first in lightweight two and lightweight four, and came in second in the men’s eight. Thanks in part to his efforts, UBC was able to edge Trent University and the University of Victoria to win gold.

While Lattimer’s efforts gave the ’Birds a huge boost, Pearce emphasized it was his team’s well-roundedness that gave them the edge.

“We certainly felt it was going to be a tough competition,” said Pearce. “There were certainly some other teams out there that had exceptional athletes and were strong in certain areas, but we had one of the most well-rounded teams and that certainly proved to be the thing that made a difference in winning a championship for sure.”

The women’s team also had an outstanding performance at the competition. Like the men’s team, the women were heavy favourites going into Welland. Hillary Janssens earned Female Athlete of the Year for her efforts, while coach Craig Pond won Coach of the Year. Unfortunately for the ’Birds, they fell just short of their ultimate goal. With a 115-point tally at the end of the competition, they ended up just three points shy of the champion, the University of Western Ontario.

Nevertheless, winning first and second at nationals was an incredible feat for UBC rowing. Having coached both the men’s and women’s teams, Pearce understands what the achievement means for the program.

“We aim to be the top university program in the country,” said Pearce. “[The competition] really allows us to demonstrate where we rank relative to everybody else. For the program, I think it’s really about demonstrating what we’re able to achieve.”

Moreover, Pearce now shifts his focus to trying to keep the Thunderbirds’ status as one of the best programs in the country.

“Now we’re really working on the consistency and staying at the top,” said Pearce. “The depth of the program is critical and having athletes that are motivated to stay at the high level is key.

“We have to do a lot of work around trying to maintain that focus, making sure winning a championship isn’t a once in a while thing and that it’s more of a commitment to staying at that level.”

UBC rowing now looks ahead to preparing for the Elk Lake Spring Regatta and Brown Cup, both taking place in Victoria in March.