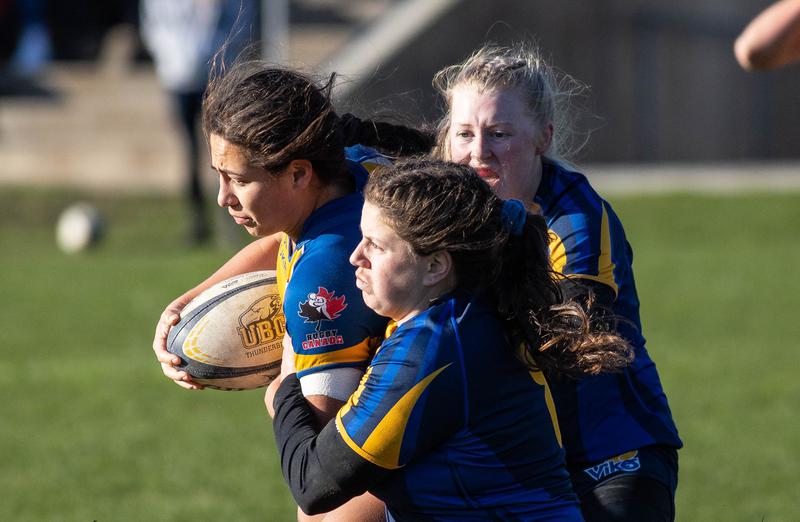 The T-Birds day started with a morning tilt against the Dinos. UBC played a calm game, on many occasions opting to set up for penalties others would be tempted to take quickly. 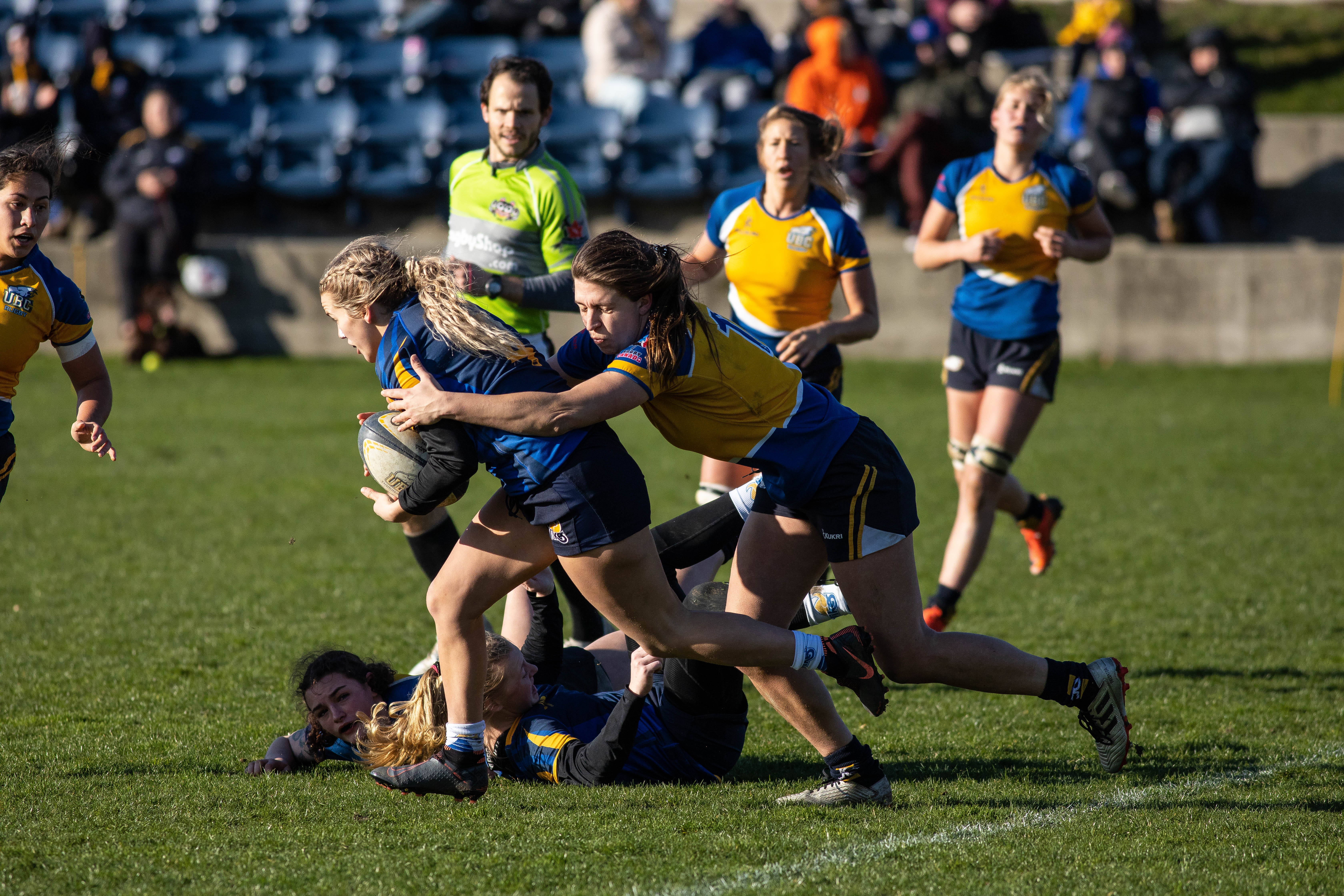 The first game against the Vikes was a tightly contested match. Salomon Micko Benrimoh

Partly due to frequent turnovers and great defence from both teams, the game would not see points until the second half despite each team looking strong at different times.

Both teams had moments of strength, but the T-Birds would strike first. Emily Meier would get a try and make the score 5–0. The Dinos would not strike back and the Thunderbirds would win their first game.

The next game saw the Vancouver campus dismantle the eighth-seeded UBCO 48–0. Despite efforts, UBCO could not get an offence started or match their opposing players defensively. The Thunderbirds saw 14 points from Madison Gold and 5 from Alancia Jeffery, Nicola Jones, Kally King, Rachel Smith, Jordan McLeod and Meier. Shoshanah Seumanutafa kicked two successful conversions. 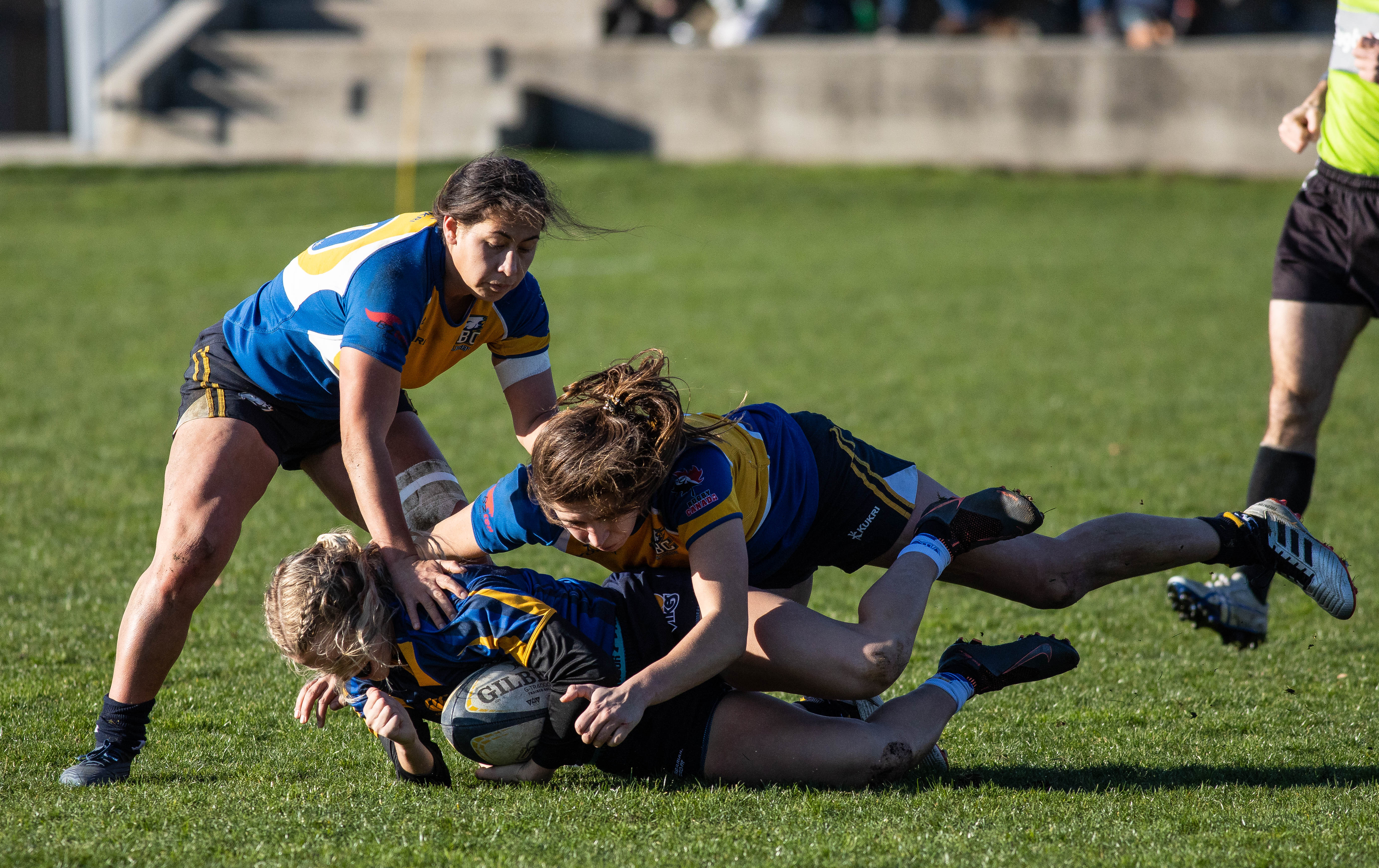 The T-Birds were met with a tougher game against rival and number-one seed UVic in their last match of the day.

While the fans would be treated well by a tense second half, the first would be marked by a single Vikes converted try from Ella O’Regan and a conversion from Brooke Bazian.

The second half of the match would see UBC play some of the tournaments’ best rugby.

The Vikes are a strong team that plays good rugby but the Thunderbirds would outplay them. They did it with aggressive defence, cutting down UVic’s space and doing everything possible to sow chaos in the Vikes offence.

The increased aggression wasn’t restricted to defence. The first UBC try was scored by Shoshannah Seumanutafa off of a quick tap, an opportunistic option that the T-Birds had been reluctant to use. With this try the score read 7–5 for UVic.

Unfortunately for the T-Birds, UVic’s offence wouldn’t need to organize or string together plays. Leading by two points, a bold read by Bazian on a Thunderbird pass lead to an interception on her own 22-yard line. A converted try put the game just out of reach at 14–5 for UVic. 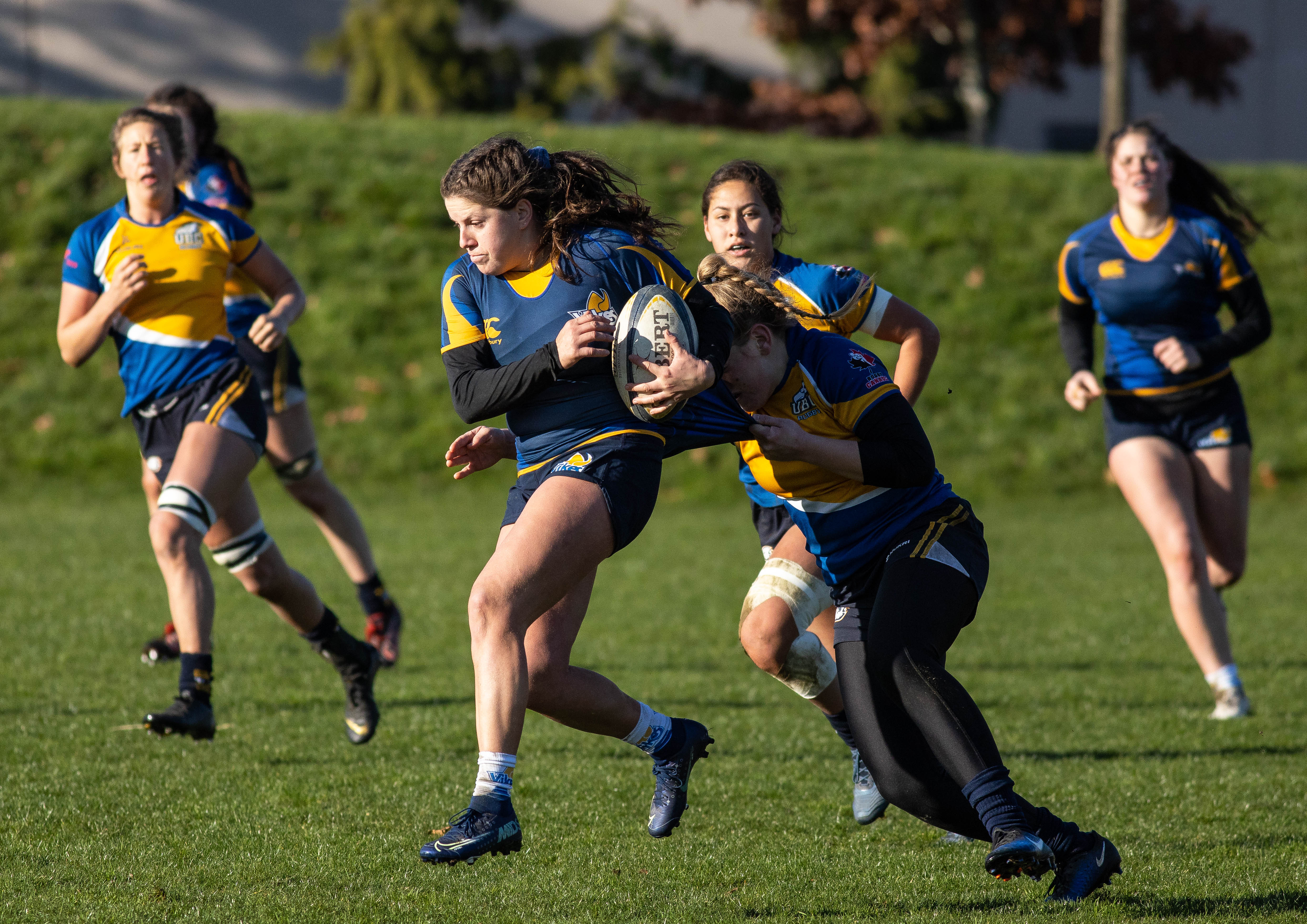 The Thunderbirds, undeterred, stuck to their second half and maintained possession for the rest of the game. An offload to Meier saw her beat two defenders and score just before the final whistle, the score 14–12 for the Vikes.

The first game of day two saw the Thunderbirds dispatch the third seed Lethbridge Pronghorns in the tournament’s semifinals.

The T-Birds looked exceptionally strong against Lethbridge. In the first half, Lethbridge rarely got the ball and when they did they lost it quickly. Not only did the Thunderbirds deprive the Pronghorns of the ability to score, but they resolved to bury them under a mountain of tries. Shoshana Seumanutafa would score two tries from her own end, stepping some, outrunning others and fending the remainder. Kally King would also find her way to an overlap, scoring to take the Thunderbirds into the half 17–0.

Lethbridge had a much better second half but the score would become a 24–0 at full-time.

The final was a second battle of BC and for the second time in the tournament, the title would go to the Vikes.

Both teams appeared to be equal in scoring chances with the difference seemingly in UVic’s tryline defence. Thunderbird difficulties in the final yards mixed successful Vikes play deep in UBC’s end culminated in tries from UVic’s Alexie Pusch and Ella O’Regan. The score was 12–0 at half.

The second half saw UBC improve. Thunderbird Rachel Smith would open the scoring, instilling hope in a team that had seemed snakebitten in the first half. The T-Birds needed the next try, but UVic would get the honour, Rachel Gonzalez scoring in the match’s last try.

A second-place finish in the tournament netted UBC 12 points, putting their total going into the final leg in Victoria at 20. It brings them from fourth to third place in the series, jumping over the Lethbridge Pronghorns. The Canada West Rugby 7s’ Series resumes in Victoria on February 29.