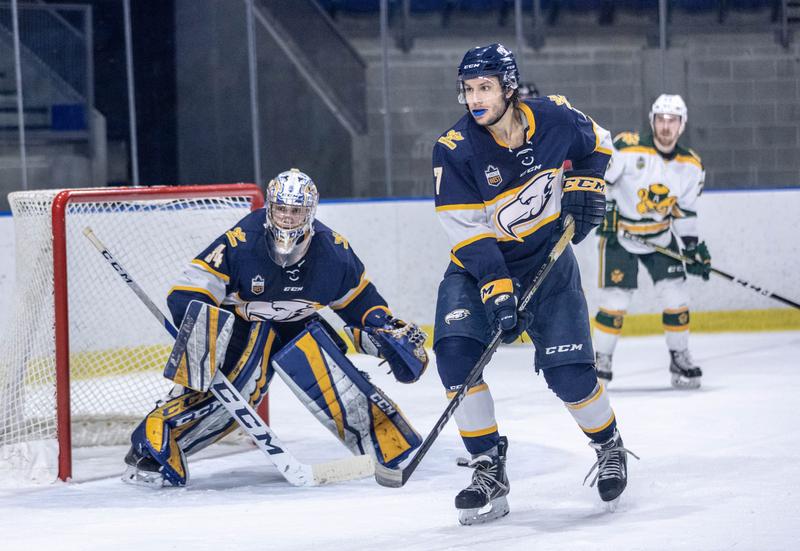 Rylan Toth in net for the T-Birds. Salomon Micko Benrimoh

Thunderbirds goalie Rylan Toth spends his Saturday nights a bit differently than most varsity athletes. The second-year Thunderbird, who hails from Saskatchewan, spends every few weekends at Rogers Arena — not just to watch a Canucks game, but to be there for emergency backup duty.

“We bring our gear, we get free tickets to the game and you can just watch it and bring a friend — and if something happens to one of the goalies, you get a text and you go down and get dressed,” Toth said.

This is the second season that the NHL has made it mandatory for the home team to have an in-house emergency backup goalie who can be available to either team should one of their goalies get injured mid-game. It’s also the second year that the Canucks and UBC have had their agreement in place.

The rule made headlines in March 2018 when Scott Foster, a 36-year-old accountant, suited up and played the final 13 minutes for the Chicago Blackhawks in their game against the Winnipeg Jets after both Blackhawk goalies were injured.

“I think it was on a Saturday and I had a final on Tuesday, so at the time I was just looking forward to a nice break from studying and it kinda ended up being a crazy night.”

Instead of a break that evening, Toth got the text. The Philadelphia Flyers goaltending staff asked him to come downstairs to the dressing room and get his gear on. Flyers starting goalie Anthony Stolarz was forced to exit the game with an injury, putting their backup Alex Lyon in net and Toth on the bench. 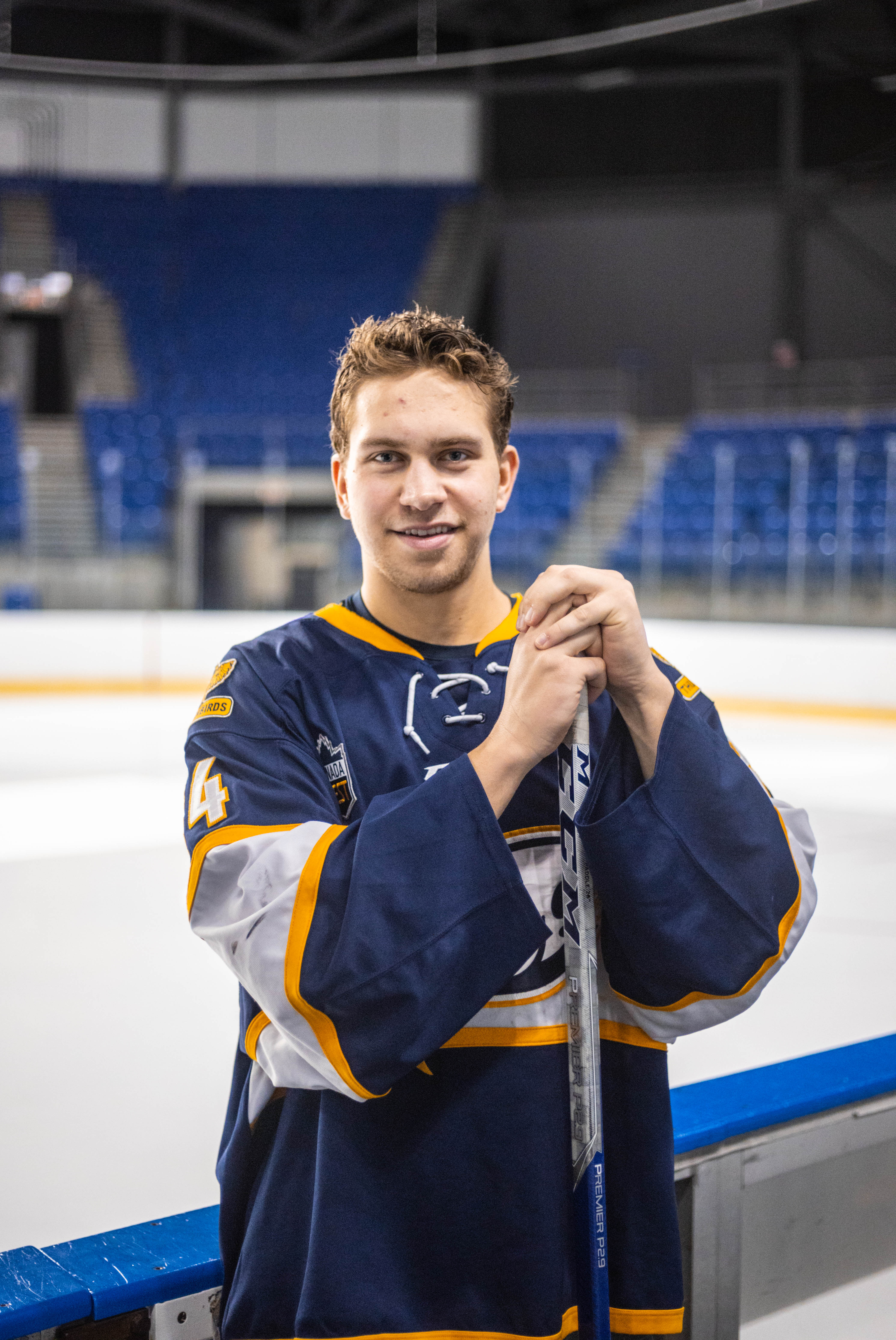 In doing so, Toth became the second UBC goalie in three years to suit up for an NHL game. Former Thunderbirds goalie Matt Hewitt suited up as backup for the Canucks in a game against the St. Louis Blues back in October 2016.

Just as he had done for Hewitt, UBC head coach Sven Butenschon sent some words of encouragement to Toth as he waited in the dressing room.

“He sent me a text during and just said, ‘If you go in, just have fun ’cause you don’t really get a chance like that very often.’ So yeah, it was cool,” Toth explained.

Toth didn’t get the call onto the ice that night. He stayed in the dressing room, ready. Waiting.

Once the game was done, Toth received some personalized memorabilia from the Flyers as thanks for stepping up.

“They gave me a stick and once I got back from Christmas break, there was a jersey in my stall. So they had actually made up a jersey and it had my name on it,” Toth said.

A month later, Toth is back to his normal routine. School, varsity and the emergency backup rotation. He isn’t letting himself get too starstruck over his NHL experience and is focussing on helping the Thunderbirds reach the playoffs.

“I think at this point I’m playing hockey because I love it and I really enjoy it. I like the competitive atmosphere as well … You definitely dream of playing in the NHL from pretty much when you start playing hockey and I was five when I started playing,” he said.

For Toth, it may not have been the NHL debut he imagined, but it was one for the memory books nonetheless.

“I don’t think that’s the way you picture it happening but, I mean, it was a cool experience.”