Scoops and Digs: Is this a rebuild year for men’s volleyball? 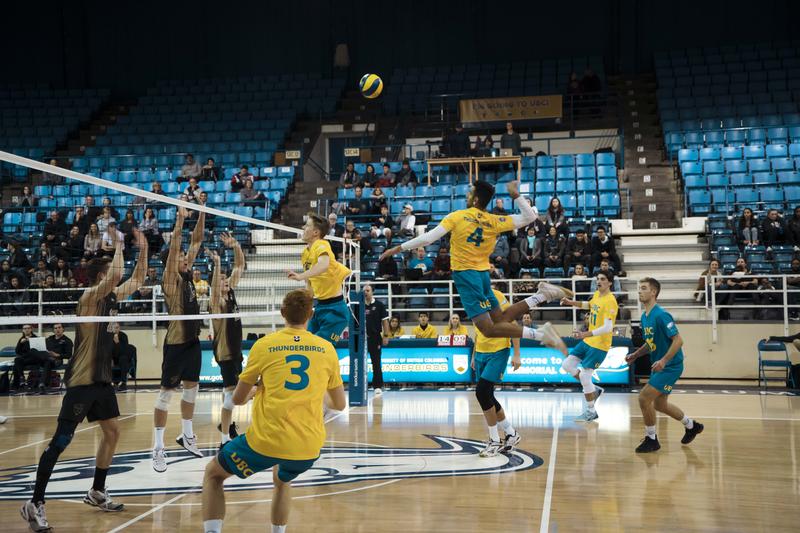 After the departure of most of their key players from the 2017/18 championship winning season — including the likes of Irvan Brar, Byron Keturakis and Fynn McCarthy — the Thunderbirds are in the midst of a rough start. Saying their game needs improvement might be an understatement: their record is 1-7 and they are second to last in Canada West.

Losses to the Brandon Bobcats two weekends ago are perhaps not unexpected, if you compare records. The Manitoba side is currently ranked fourth in Canada West with an 4-2 record.

In the opening match of the weekend on November 2, the Thunderbirds started the game aggressively as they traded points with the Bobcats until 8-8. However, with a kill from Bobcats left side Max Brook, momentum swayed in the visitor’s favour. The Bobcats ended the set ahead 25-16 after an 8-2 points run.

The Bobcats killed the ’Birds momentum again in the second, breaking away from UBC thanks to collaboration between left side Elliott Viles and Seth Friesen. There was no room for the T-Birds to build up a decent offensive run with the pair’s onslaught. Despite UBC’s efforts on the court, the set still went to Brandon. With a mere hitting percentage of 8, the Thunderbirds lost the second frame at 25-13. 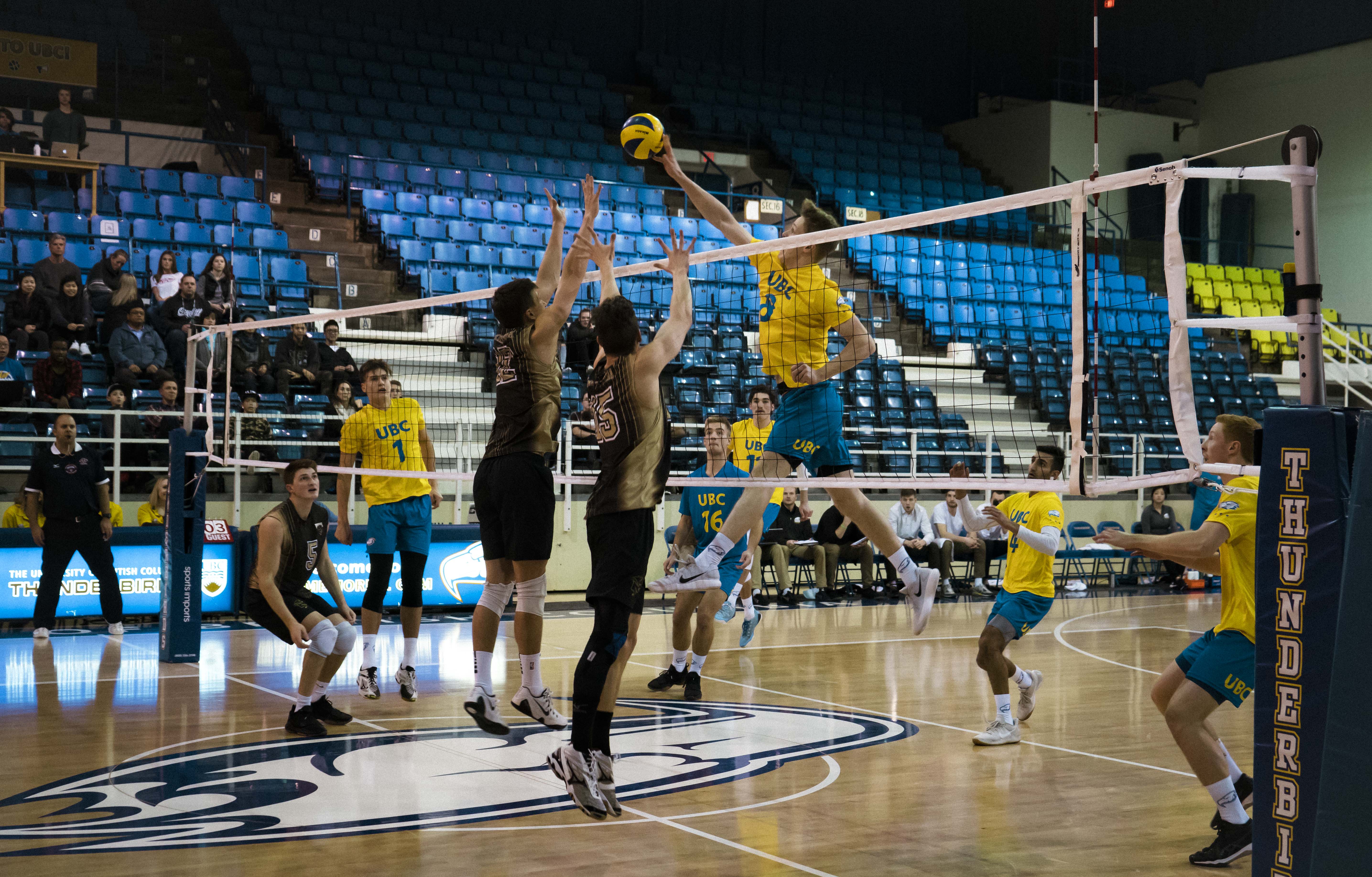 The 'Birds still need to find their spark this year. File Elizabeth Wang

All evening, attack errors were keeping the Thunderbirds from gaining points. Although they improved their attack efficiency in the third set to 9.7 per cent, they also committed the 9 errors in the last frame — the highest total errors of the entire match. The Bobcats would sweep the evening with a 25-20 set win.

The T-Birds were only able to put up 26 kills on the night. Australian rookie James Takken was the highlight on the team, as he led the roster with seven kills. Setter Zec Johnson, who steps into Keturakis’s intimidating shoes, wasn’t able to truly showcase his talent due to the strong defense put up by the Bobcats — he ended up with just 20 assists.

Carrying some vengeance into Saturday’s game, the T-Birds came out more persistent. With more consistency and chemistry, the T-Birds upped their hitting percentage to 19.4 per cent.

Joel Regehr, Jordan Deshane and Western University transfer Ben Hooker also played a much stronger defensive game, successfully stopping the Bobcats from claiming another straight set match. Though they would still lose the match overall, the would take the first set 25-23.

The T-Birds did have a better-looking stat sheet compared to the Bobcats that night — a minor consolation. Takken kept leading the team with 15 kills, followed by middle Danny Aspenlieder with 14. Hooker contributed an incredible amount of assists with 42 in four sets, his season-high so far.

Overall, the attack errors continue to be UBC’s biggest setback. The team is still looking for a real powerhouse from the attack line — someone they can trust to set the ball with no hesitation like their graduated stars Brar and Keith West. 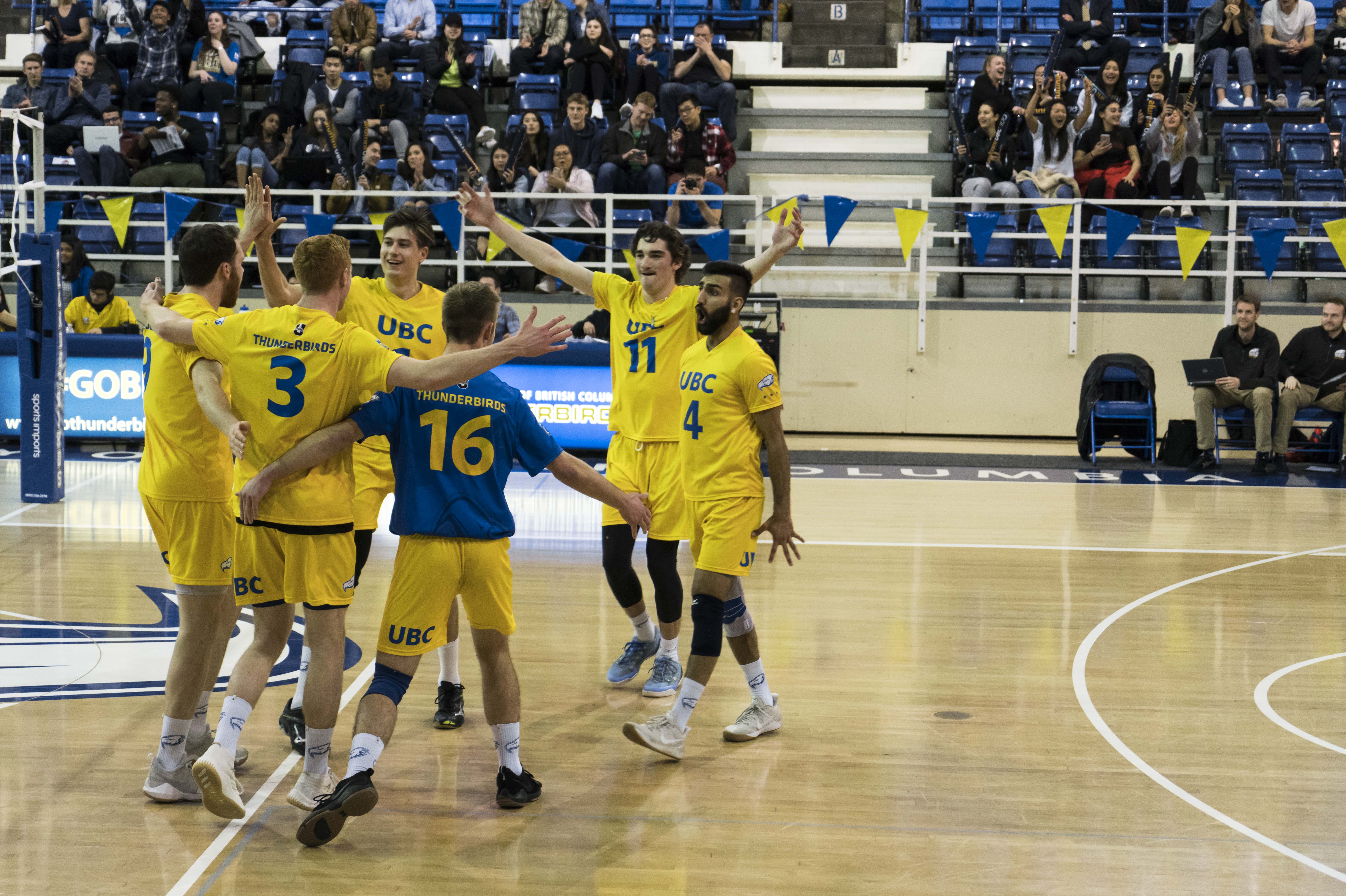 Victory has been hard to find for the team early on this season. File Elizabeth Wang

The outstanding performance from the ’Birds last season was a product of work by a brilliant coach in Kerry MacDonald, a perfectly balanced team that featured some of Canada’s top talent and years of building team culture. With key players stepping away and coach MacDonald finding new digs with Volleyball Canada, this new-look roster will need time to get back on track. The only question is: how long is going to take?

Scoops and Digs is the ongoing volleyball column, co-authored by Photo Editor Elizabeth Wang and sports writer Scott Young. Wang will share insights into the men’s volleyball team, while Young discusses the women’s volleyball program on a rotating basis throughout both teams’ seasons.