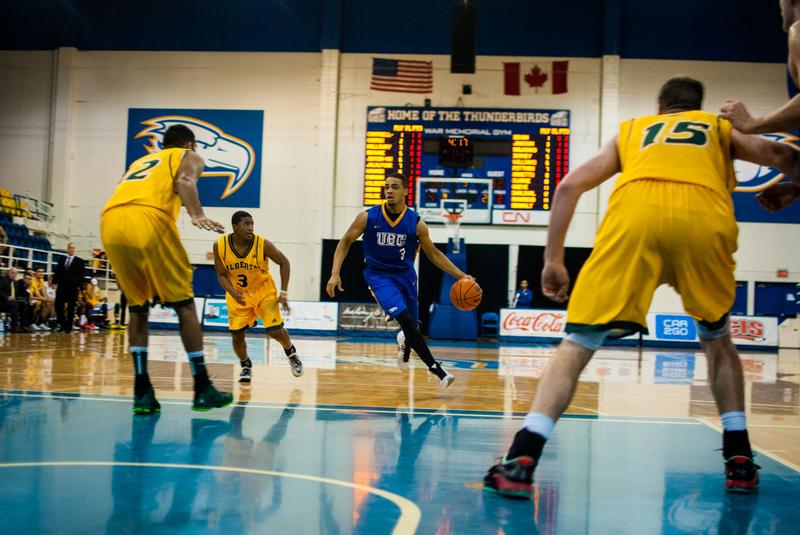 The Season to Date

The Thunderbirds have a solid record of 3-1 after their first two weekends, opening the season with a heartbreaking five-point loss at home against the University of Alberta. The following night, they adjusted their offence and won in a blowout by 28 points.

In the pre-season, the ‘Birds posted a record of 5-2. One of the five victories being the coveted Buchanan Cup, which recently revived the competition between UBC and SFU. The ‘Birds kept a 30 point cushion between themselves and the SFU Clan, marking a strong 22-point performance from fourth-year guard Jordan Jensen-Whyte.

The two preseason losses were at the hands of the University of Ottawa and the Seattle Mountaineers, respectively. Ottawa won by seven points and Seattle a mere three. These close losses speak to the Thunderbirds’ mentality — leaving it all on the court no matter what.

To close out the preseason, UBC had a strong performance against The Evergreen State College. Using their height advantage and a career high 21 points from Luka Zaharijevic, the ‘Birds won by an impressive 43 points to enter the regular season with confidence.

Kevin Hanson began his 16th season as head coach of the Thunderbirds. The two-time CIS Coach of the Year (2005-06, 2009-10) is making adjustments to the team’s offence as they have acquired a new roster of players. Continuing to integrate new talent with UBC veterans will be a major focus for Hanson, especially as offensive systems have noticeably changed since the 2014-15 season.

Despite these new changes, Hanson has three veteran players that he’s molded over the past several seasons.

“I’m in my fifth year, it’s my last year here at UBC. My biggest role on this team is to be a leader. I’ve been waiting for a while now," said David Wagner who has been battling down low for the Thunderbirds for five years. 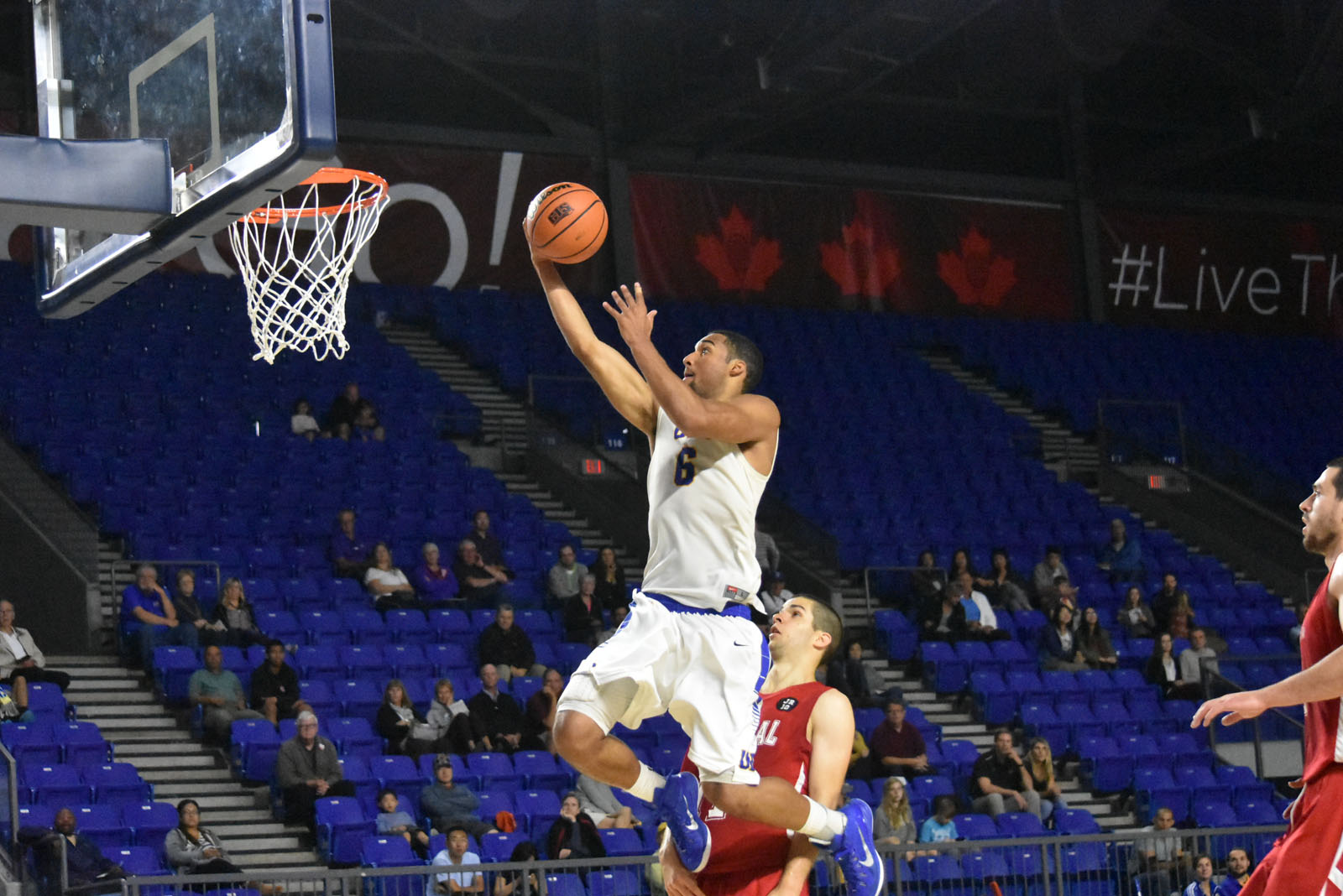 Wagner is averaging a career high 11.8 points per game this season — a number that is expected to increase. The team has relied on him to crash the boards and post-up on the opposing team’s tallest and strongest players.

Jordan Jensen-Whyte takes on a new backcourt leadership role as the consistent, confident and more experienced guard the team will have throughout the season. Notably, Jensen-Whyte has demonstrated a stronger finishing ability this season as well. Expect to see him taking it to the rim and hitting three pointers, especially as a late shotclock go-to option.

The 6 foot 9 inch Conor Morgan frequently uses his massive wingspan to swat away shot attempts. He has fifth highest rank in the CIS in blocks with 29 and will continue to contribute to the T-Birds' defensive domination. A key threat in the transition offence, Morgan is also able to grab rebounds and shoot long threes.

“Guys try to push me around — I just push back. It gets in their head, right? I love doing that, it’s part of the game," said Patrick Simon, a second-year forward.

Several of the new additions on the team are of fourth-year transfer players including A.J. Holloway and Will Ondrik. The two are hungry for a championship and know UBC will give them that opportunity. Several of these athletes seem willing to sacrifice some playing time in order to contribute to a highly disciplined, championship-prospect team.

Holloway, a fourth-year from Bellevue Community College in Washington, has the ability to inject energy and aggression into close games. His athleticism and strong shooting makes him a multi-threat offensive player who can shoot jumpers and attack open lanes to the hoop.

Coach Hanson also has strong player to utilize against specific opponent characteristics. Dominic Gilbert’s baseline catch-and-shoot release has been a deadly weapon against zone defence. Philip Jalalpoor’s quickness generates easy transition points against half-court teams. Simon has provided much-needed height in the paint as a player who can both post-up and shoot jumpers.

Losing respected veterans like Tonner Jackson, Brylle Kamen, Andrew McGuinness and Tommy Nixon has certainly changed the playing style of the team this year. A new slate of leaders has emerged and they seem prepared to lead a mix of experienced transfers and rookies to the national tournament.

A perennial powerhouse in the Canada West division, the ‘Birds have a unique opportunity to use the talent they have this year and put UBC on the map as a national contender. With only five first and second-year athletes, the T-Birds are certainly a veteran team. Expect to see graduating and upper-year players fighting hard for their last chance at a championship.

As displayed in their first two regular season doubleheaders, the T-Birds' bench has been a major factor in their success. It may perhaps play the greatest role in giving the T-Birds a competitive advantage this season. This year’s squad could be the deepest among Canada West teams and fans can expect bench players to have an important impact on the outcome of future games.

In fact, Hanson will likely be hand-picking key bench players based on the strengths of opponents for each matchup. Notably, it seems that each bench player brings a very unique skill contribution that can be utilized in specific circumstances. Zaharijevic’s been used this way with his rebounding and low post scoring abilities against smaller teams.

In the past few years, the ‘Birds have been fuelled by fan madness in playoff games, including organized events put on by The Calendar. If UBC’s renewed fan commitment to its football team is a sign, this year’s basketball team should see bolstered attendance numbers — especially approaching playoffs, which UBC is set to host.

The CIS Men’s Final 8 National Basketball Championship in March will be played on the new floor at Doug Mitchell Thunderbird Sports Centre for the first time in 44 years. It gives fans something special to cheer for. The nationally televised event will bring an electric energy to campus, especially if UBC finds itself battling at Doug Mitchell in the finals. 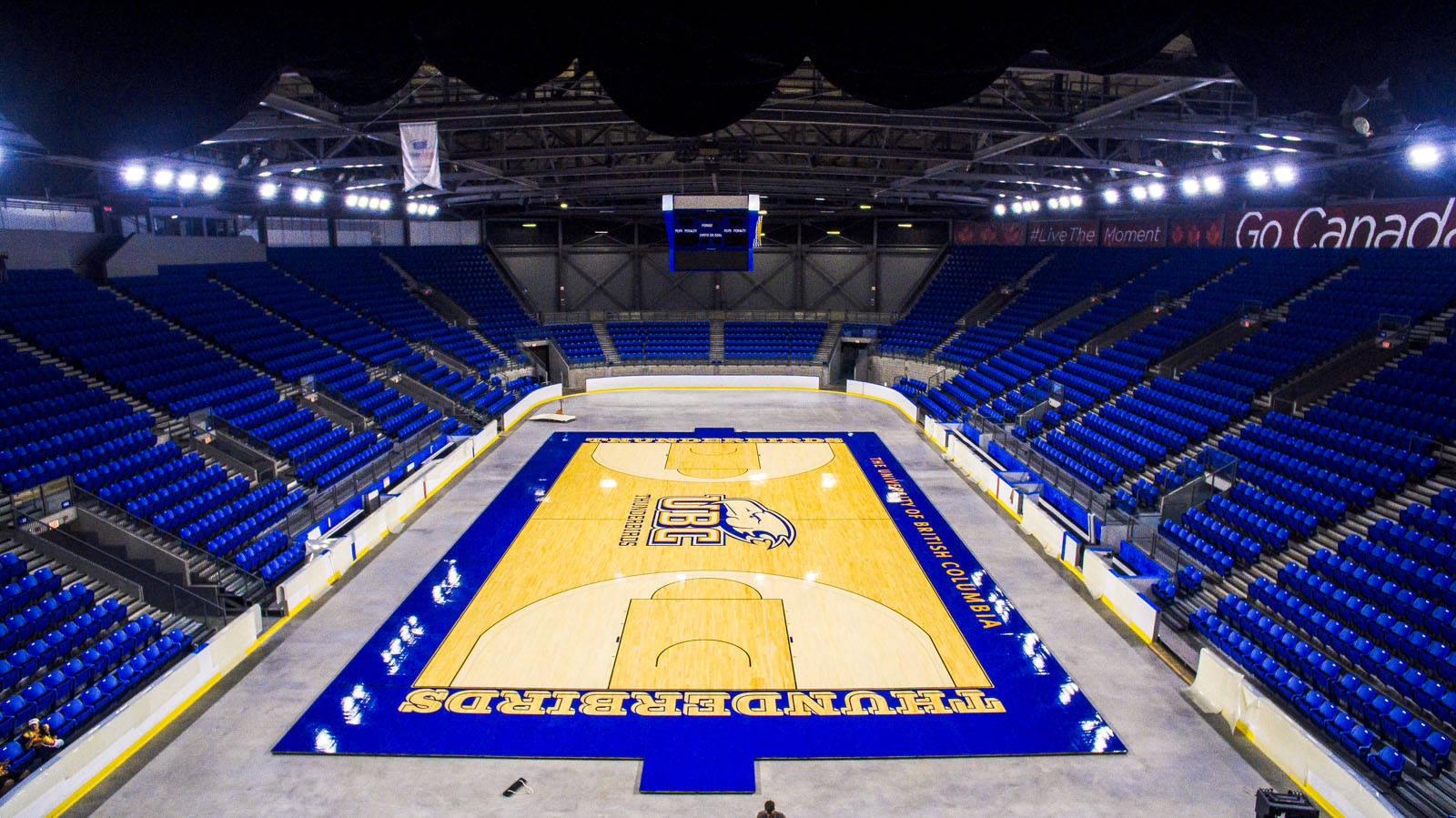 The season thus far has seen some exciting chemistry from a mix of new and old players. Hanson has been hard at work fine-tuning the already talented roster and it shows. The Thunderbirds have had an optimistic season-start so far and we can only expect improvement and great things in the future.

The Thunderbirds head to Saskatoon for their first battle with the Saskatchewan Huskies this Friday and Saturday. They will finish off their 2015 games in Calgary for a doubleheader November 27-28.