Empowerment through the outdoors: SisuGirls of UBC 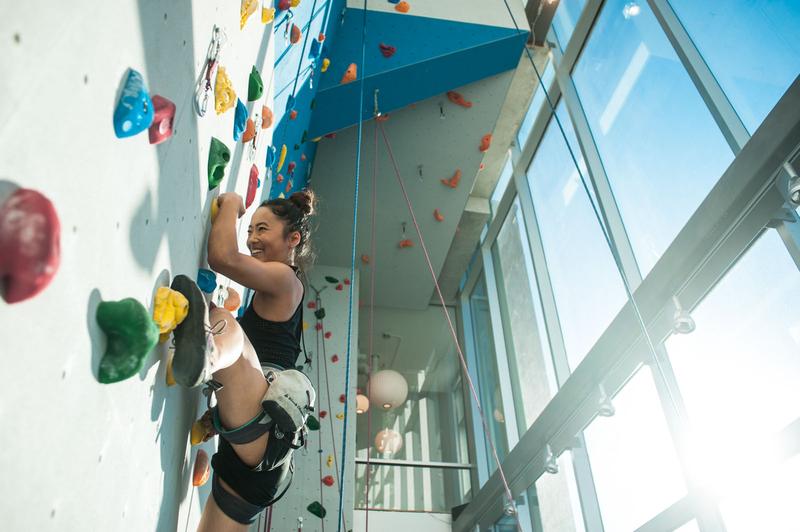 SisuGirls host a variety of events, such as learning to skateboard, doing yoga on wreck beach or rock climbing in The Aviary. Kosta Prodanovic

While the majority of students were probably catching up on sleep, a group of UBC students met early Sunday, October 1, at the trailhead for Kennedy Falls to embark on a five hour hike. These students are part of a unique outdoor club on campus — SisuGirls of UBC.

The club is based off of an organization in Singapore that strives to empower women through outdoor sports. The term Sisu itself, as explained on the club's website, is actually a Finnish term loosely translated to "strength of will, determination, bravery, perseverance and acting rationally in the face of adversity".

“This organization ... strives to empower these girls to get to do things that they wouldn’t normally get to do,” said Meagan Mitchell, a fourth-year neuroscience major and president of the club at UBC. “They have mentors teaching these girls how to surf, how to skateboard, how to play hockey, all things that are usually more male oriented or that females [generally] don’t have the chance to [do], so here at UBC we strive to do the same thing with students.”

Mitchell acknowledged that many of their events are similar to those offered by other clubs on campus — like the Varsity Outdoor Club (VOC) — but said that she thought they were a good complement to their programs.

“The VOC seems to be quite daunting to a lot of people here on campus …. A lot of their hikes are long hikes or overnight hikes …. So I would say we complement them in the way that we have a more beginner friendly side to things,” said Mitchell. “We like to try new things, so that means that if you have no experience hiking …, then we make sure that the hike we have is suited.”

Mitchell said that in the past, they have done things such as starting at a trailhead that leads to two or three different hikes of varying difficulty to accomodate all levels of hikers. They also host a variety of events, such as learning to skateboard or doing yoga on wreck beach.

Mitchell also said that while the group is based off of and named after an organization that is only for girls, the club is open to all genders.

“Yes our mission is to empower, but anyone can have that mission, whether you identify as a male or female … so everyone, no matter what you identify as, can just join the club and try something new,” said Mitchell.

SisuGirls' next event will be a run/cycle of Stanley Park on October 15 at 10 a.m.