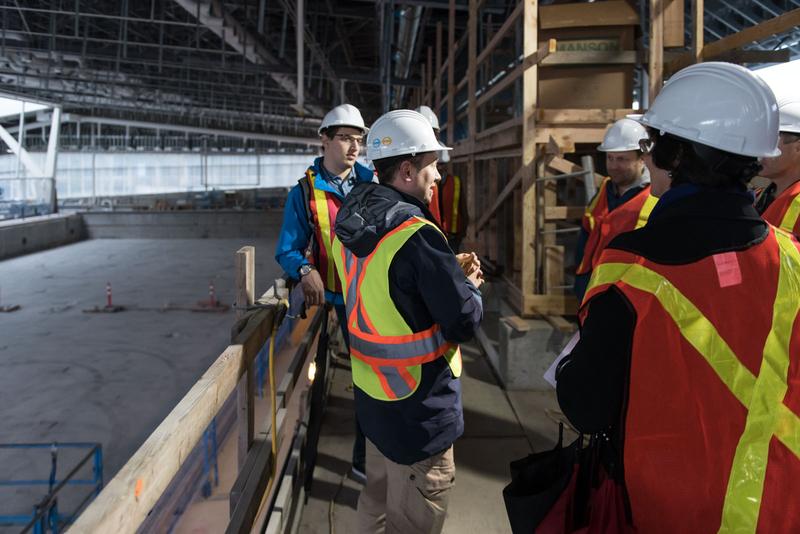 Soon there will be another new building opening its doors on campus.

As many may have noticed, UBC’s new Aquatic Centre has begun to take shape in recent months. The current Aquatic Centre— built in 1978— was very modern at the time of its erection but by today’s standards, the facility may seem outdated.

The main difference between the current Aquatic Centre and the new one will be that the new facility will carry four separate tanks to accommodate different levels and purposes of swimmers simultaneously. The increase in the number of tanks is a tremendous improvement in comparison to the two tanks that the current one holds. According to Stephane Delisle— the Senior Manager of Programs and Operations of the UBC Aquatic Centre— having only two tanks “limits our ability, with respect to programming, when you’re talking community servicing.” The new facility will also introduce a gender neutral universal changing room, which the old one lacks. 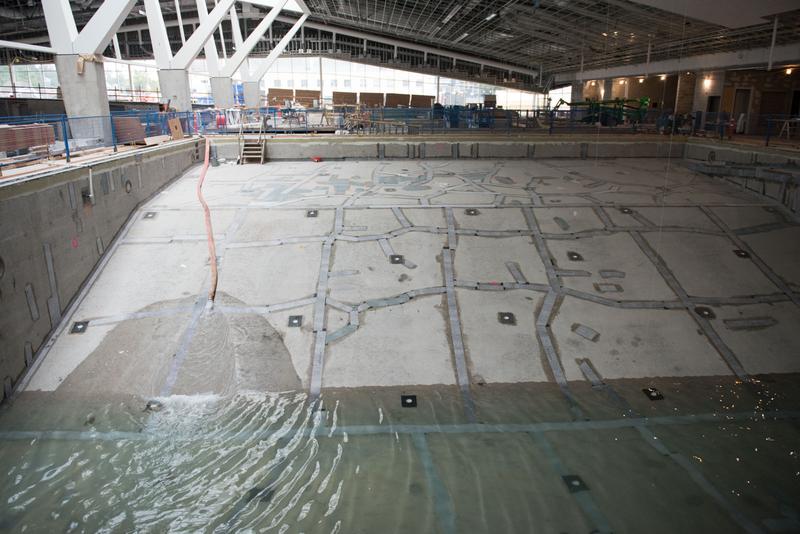 While many features are being added to the Aquatic Centre, there are a few things that will be taken away in the transition from the old facility. The new Aquatic Centre will not feature a weight room. According to Delisle “the focus of the design of the new Aquatic Centre was very much on aquatics.” Without funding, the steam and sauna room also faces exclusion.

However, Delisle said that the work has been done to ensure that the steam and sauna will be able to be installed with ease once funding is received in the future. Fortunately for many students, the mezzanine will be a continued feature. So yes, students will still be able to sleep in the Aquatic Centre.

The budget for the project has been revealed to be $39.9 million. “That came from the fact that we needed to accommodate a new modern facility that met our needs, but also we didn’t need to have a grand massive space,” said Delisle. He also mentions in an email that funding is to be raised through "land development cost of sales as a community amenity expense, donor fundraising and Infrastructure Impact Charges."

Delisle stated that the biggest obstacle in building the new Aquatic Centre was the space management. “Making it work with the long term planning of the campus, fitting in the bus loop and all those kinds of things,” said Delisle.

According to Delisle, there will be “a short transition period where both facilities will be running and move smoothly into the new pool … then the plan would be that the current aquatic centre would be demolished, recycled ... the McInnis field will be rebuilt in the site of the current Aquatic Centre”.

When a building is under construction on campus, the question of why are they building this always exists. For the new Aquatic Centre, the reason was simple:

“In working closely with the coaching staff, they’re excited about the fact that we will have a 50m tank that at times can be dedicated to high performance training, yet we can still have other people in the pool. So we can accommodate different client groups simultaneously in the new pool”, said Delisle. The new Aquatic Centre will also be able to host large scale events such as national championships.

Construction began on the facility in the fall of 2014 and according to Delisle, it is expected to be completed by December 2016 and opened in January 2017.