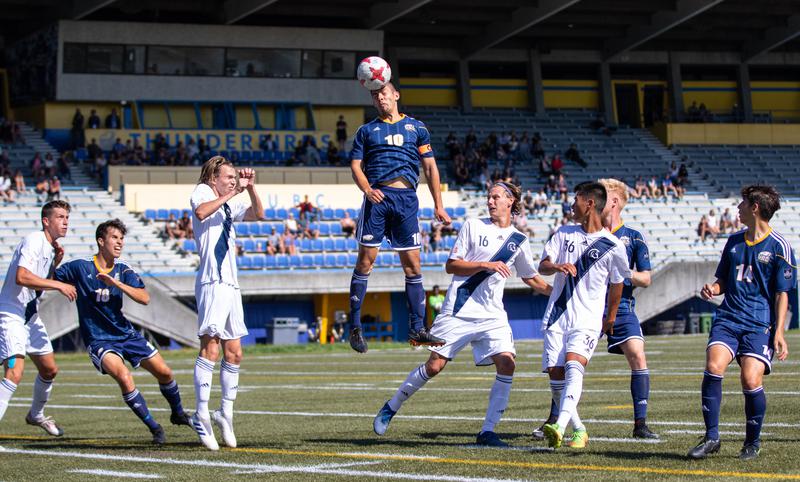 It’s been nine months since UBC saw a blue and gold soccer team at Thunderbird Stadium -- oh how things have changed since then.

The men’s roster, which was voted most likely to win Canada West earlier this week, had a reshuffle in the off-season with an influx of new recruits to heighten the team’s core starting lineup.

It’s paid off so far. The ‘Birds are off to a steady start to their 2019 campaign with 2-0 win on Friday against the University of Fraser Valley Cascades and a 3-2 win at home on Sunday against the Trinity Western Spartans under their belt.

Perhaps most promising, the ’Birds goals came from a variety of players -- a contrast to last season’s reliance on some key forwards like Kristian Yli-Hietanen and Caleb Clarke, and central midfielder Thomas Gardner.

In Sunday’s home-opener at Thunderbird Stadium, the ‘Birds would find the net first with a goal from fifth year veteran and team captain Sean Einarsson. 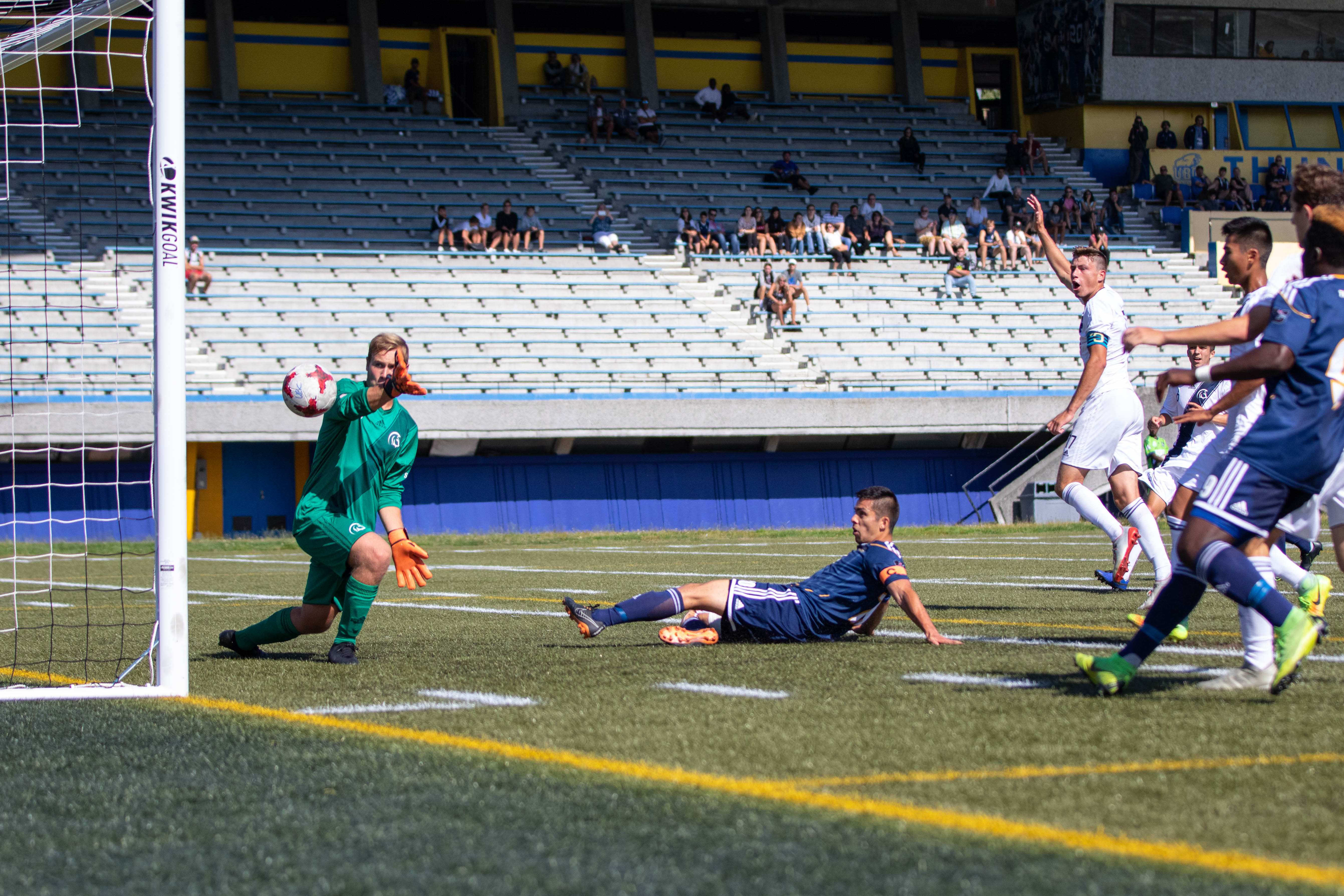 His celebrations were stifled quickly as Trinity’s Tristan Torresan volleyed the ball into the left side of T-Bird keeper Jason Roberts’ net a short three minutes later.

The Spartans took the lead early in the second half, with a goal off a corner kick from towering striker Cody Fransen.

His goal would end Trinity’s control of play though, as UBC’s fast-paced passing game seemed to get the best of TWU’s defence. Mackenzie Cole and forward Ryan Arthur would each nab a goal for the ‘Birds off assists from outside back Jordan Haynes, securing UBC’s 3-2 win.

“I thought his effort, especially once we went down, was really admirable and I think he really stepped up” said Thunderbirds head coach Mike Mosher on the second year defender’s performance against the Spartans

As for Ryan Arthur, the veteran forward couldn’t have asked for a better way to cap off his return to the Thunderbirds after one season away, netting the game winning goal in the 78th minute off a Haynes assist.

“Ryan sort of got this new confidence which is great to see. He’s a different kind of player, he’s a handful, he’s kind of that forward that nobody likes to play, he’s quick, he chases everything, he fights for everything, he competes for every ball and he’ll get in behind and get some goals” Coach Mosher said on Arthur.

Though it wasn’t one of their most convincing wins in recent seasons, it shows signs of promise for a newlook roster -- and ignites new excitement for a team who consistently look to challenge at the national university level. 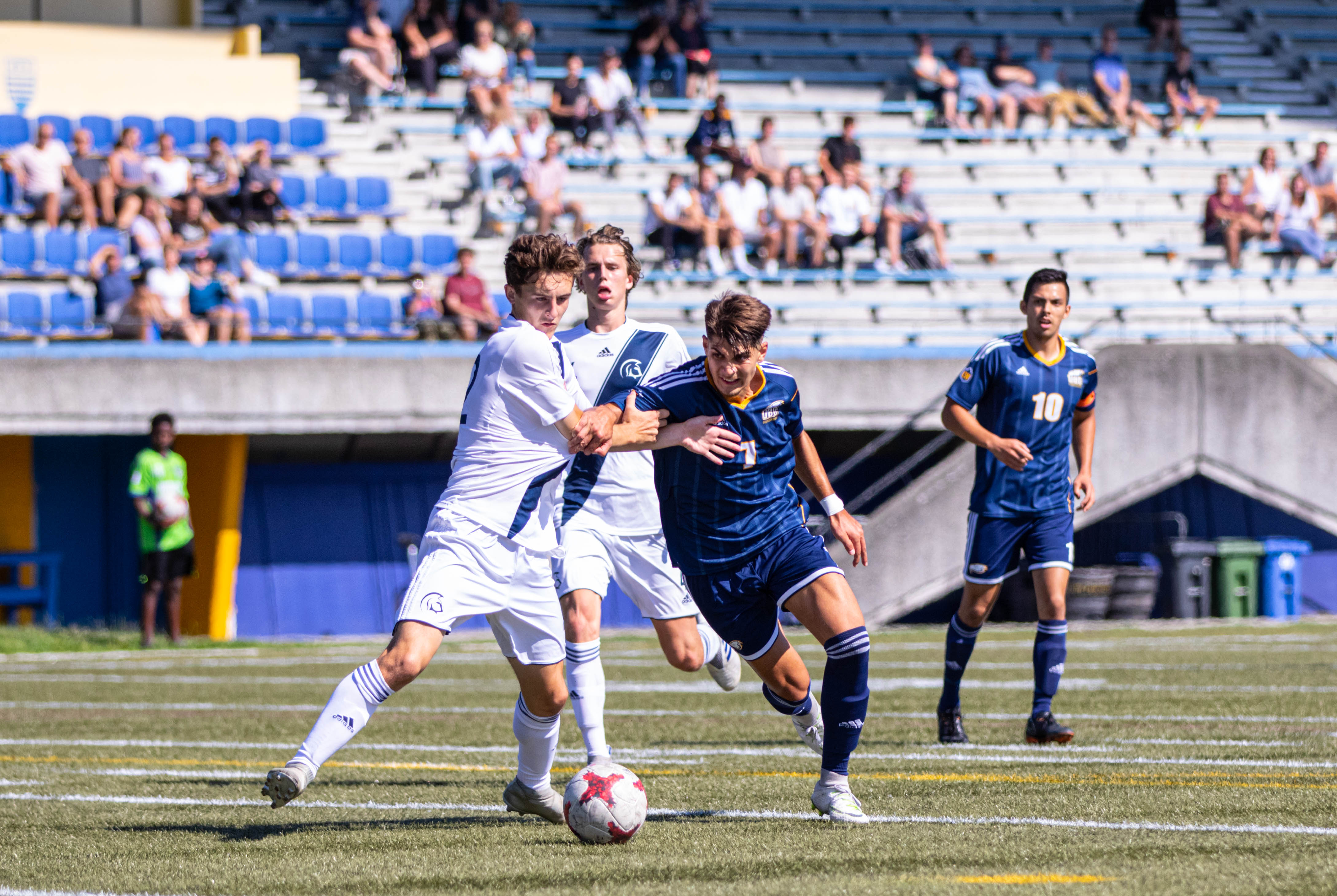 For one, the goalkeeping duo that saw the Thunderbirds finish fourth at the 2017 nationals is back in action. Chad Bush, who started 20 games for the T-Birds through that 2017 campaign and had a goals against average of 0.71 (third-best in Canada West in regular season), has rejoined the roster alongside fifth-year Jason Roberts.

Roberts had a stellar 2018 season, with just seven goals against in regular season; he also topped Canada West playoff stats with zero goals against through the post-season. It’s a pairing that will benefit the team going forward, as head coach Mike Mosher has two of Canada’s best at his disposal.

Immediately ahead of Roberts and Bush, the T-Birds backline has new personnel too. With Connor Guilherme absent from the roster this year, UBC has added fresh faces to compliment the dynamic play of centre back Riley Pang and outside back Daniel Kaiser: Calgary Foothills recruits and Whitecaps FC 2 alum Jackson Farmer and Haynes.

Both have professional soccer experience that could bring some stability and vision to UBC’s back line -- something already seen from the two assists by Haynes on Sunday.

Through the midfield and forward lines, Mosher continues to have a plethora of pace and creativity to choose from.

Between the pairing of a Whitecaps alum and Canadian Premier League draft picks Thomas Gardner and Nick Fussell in the middle of the park, and the rotation of returning players Victory Shumbusho, Mackenzie Cole and Ryan Arthur up front, UBC already has a solid base on the attack. This could support powerhouse rookies like Logan Chung, a Whitecaps FC Academy recruit, as they grow into the lineup.

It’s a new year, and a new season for a men’s soccer roster that will, as ever, be one’s to watch throughout the fall.

Last year may not have gone how one expected, but if anything it adds fuel to the fire of a group that already shows the potential for greatness.