Ubyssey POV: What made this year’s Stanley Cup final great 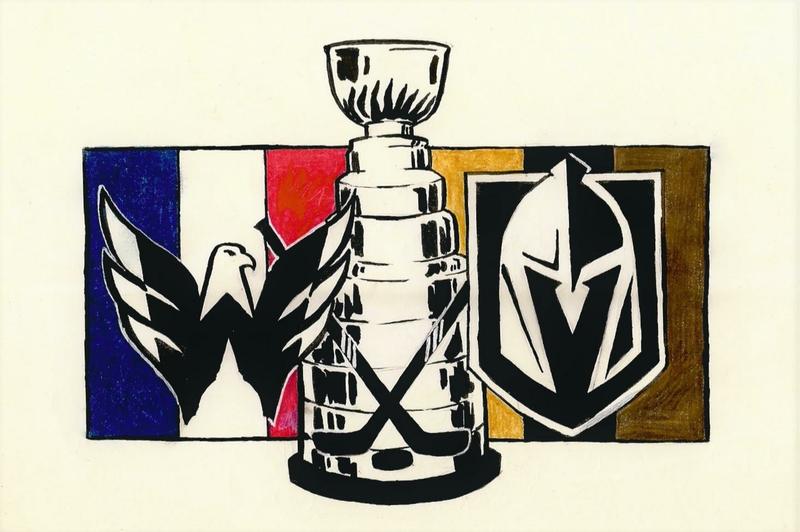 Either way, there would be some kind of storybook ending. Rose Wu

For the first time since the Washington Capitals entered the league 44 years ago, their star-spangled jerseys hoisted the Stanley Cup on June 7, 2018.

It was only their second time going to the finals — the first ended in a loss to the Detroit Red Wings nearly two decades ago.

The uniqueness of this series for both teams was not lost on fans. For the Las Vegas Golden Knights, article after article drilled home the fact that everything the Golden Knights did this season was a first, from the very first time they stepped on the ice together in their new grey and gold jerseys to their first Stanley Cup final. They effectively bypassed chugging along at the bottom of the league or muddling through the ever-expanding murky middle — an immense feat in their first season on the ice.

The rite of passage that Vegas avoided is in stark contrast to the Capitals, who as a new team in 1974 suffered the worst inaugural season in NHL history. They put in the work in the regular season, only to be crushed in the playoffs year after year, leading them to easy mockery and criticism — although not as much mockery as Alex Ovechkin’s (thankfully) short rap career. For almost half a century, the Capitals struggled and only came up with one Eastern conference title.

This season was different. While Vegas was setting records nightly, Washington — a seasoned team made up of experienced players — had some firsts of their own, leading them to the ultimate playoff run. Former Montreal Canadien Lars Eller is now officially the first Dane to win a Stanley Cup. Nathan Walker, the first ever Australian NHL player, is now the first Australian to play in the NHL playoffs and win a Stanley Cup. Ovechkin is the Conn Smythe trophy-winner for the first time in his career, taking over from Pittsburgh Penguins Captain Sydney Crosby who had won the previous two years in a row.

Beyond the obvious firsts, the playoffs also showcase a player’s strengths and resilience — this year was no different. Devante Smith-Pelly, who was bought out by New Jersey last year, signed a one-year two-way deal for $650,000 with the Capitals, reinvigorating his career. Now, Smith-Pelly is a Stanley Cup champion, after scoring the third and tying goal in the final game of the playoffs.

Smith-Pelly is proof that the NHL is unpredictable. In a way, the series itself embodied that too. There is no formula for an NHL team’s path to the Cup. Some — like the Capitals — take decades to reach it. Others — like the Knights — find success in a matter of months.

It is the nature of the league that each organization is working on its own timeline. Vegas turned heads with their whirlwind first season. But, after paying their dues for decades, the Capitals finally found their ultimate success.

Maybe you picked each team in your bracket to get there, or maybe not, but both teams made history in their own right this year.

These are the stories that make sports great.