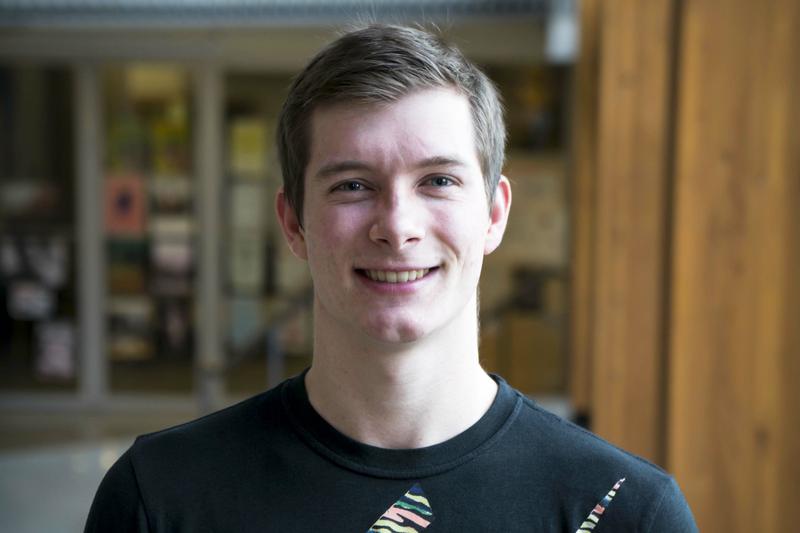 Duncombe has raced in Storm the Wall since his first year on campus. Elizabeth Wang

For many, the thought of competing in Storm the Wall may be intimidating. For fifth-year business student Daniel Duncombe, one race just isn’t enough.

“In my second year [at UBC], I did a men’s team, a co-rec team and Iron Man.… I actually did Iron Man, won, and then I had to go pretty much straight back to the pool and swim for my co-rec team in the final. I was pretty tired after that.”

Duncombe has been participating in Storm the Wall in some capacity since his first year at UBC. “I made a team with some of my buddies from Vanier … We had a flat tire on our bike so that kind of hindered our performance, but besides that it was a good start to the Storm the Wall experience.”

His interest in attempting the UBC challenge doesn't come as a huge surprise either, given his history in sport. Alongside volleyball, which he dedicated much of his athletic career to in middle school and high school, Duncombe was also a swimmer growing up.

“I’ve been involved in swimming my whole life, I’ve done some [triathlons] in the past way back when I was younger. I was never a huge fan, so I never pursued it,” Duncombe said. “Storm the Wall is an easier type of triathlon since it’s a succession of sprints in a row more than a long distance.”

Following his first-place finish in the 2015 Iron Man race, he has tackled the personal challenge every year since.

“I thought [Iron Man] would be fun because … I could do it by myself. I think the main reason why people do Storm the Wall is to see if they can get over that wall at the end … and I was pretty happy when I was able to do that [alone].”

Duncombe explained that his first-place finish came with a sense of disbelief. Remembering the feeling of success, he added, “it feels pretty good, especially on top of a 12-foot wall.”

In Duncombe’s third year competing, he was met with an unexpected obstacle: Vancouver’s climate.

“There was a downpour and I didn’t know how to jump at the wall in the rain, so I lost.”

After that, he used video tutorials to improve his chances for next year. “I saw a lot of parkour guys [competing] and they had really good technique. So I [searched] ‘parkour jumping at a wall’ [on YouTube] and I just changed up my technique on how I jumped. That gave me some extra height. Especially in the rain, when the wall was slippery. It was weird because if you’re doing it correctly, the rain shouldn’t hurt you too much. You’re pretty much pushing directly off [the wall] because you’re running up. It’s the physics of it.”

As if just racing wasn’t enough, Duncombe created his own minor hurdle last year by participating in his fourth-year Sauder Grad Night just hours before the race.

“The night before my first heat, I went out until two or three a.m. and woke up the next day and had a race at 12 p.m. I guess when I was racing, during the run, I could tell I had drank pretty heavily the night before,” he laughed.

“It was a little bit more of a challenge, just the feeling in your stomach of it bouncing around.”

Despite this, Duncombe took first place again as Iron Man.

Now in his last year at UBC and going into his last chance at Storm the Wall, he has different plans. “I’m going to do a men’s team [this year] for sure. I’m probably not going to do Iron Man again because I’ve done it so many times. I’m checking out [Iron Legend] though. Maybe I just want to go at the wall by myself, just for the fun of it, to see how high I can get. I just want to mix it up.”

As for advice, Duncombe suggests getting involved in Storm the Wall at whatever capacity suits your personal goals.

“A lot of people do [Iron Person] for fun, to see if they can do it. I think that’s honourable; it’s a pretty hard little race so if you want to see if you can do it by yourself, more power to you. If you’re just looking for the enjoyment of it, you can always do a ‘Just for Fun’ team, since it’s very low pressure. You can’t get disqualified!” said Duncombe.

“The original hurdle of signing up for [Storm the Wall] is the hardest part. [People think]: ‘I don’t know if I can do it, the wall is 12 feet, I don’t think I can get over it,’ and so I think it’s just giving yourself the benefit of the doubt that you can put your mind towards something and actually achieve the goal that you’re going for.

“Don’t let your pre-disposed biases get in the way [before you actually do the race] and impede you from doing something you’re probably capable of,” he added.