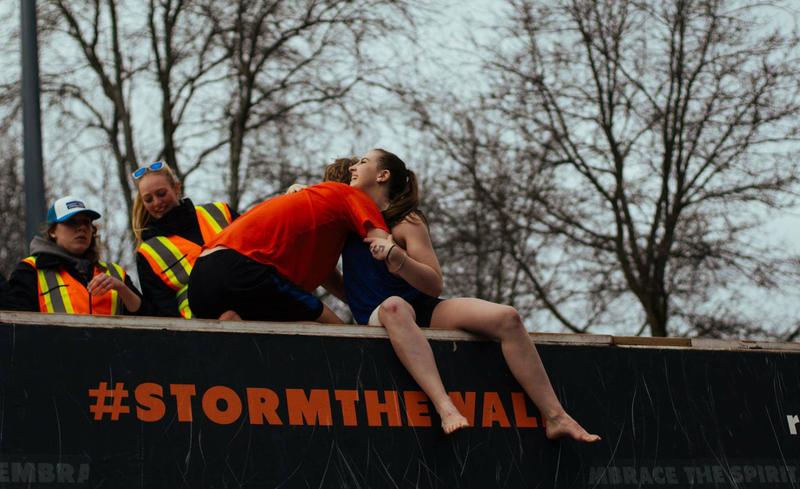 For Jane Velghe, competing in the 2017 Storm the Wall as a super iron woman came with a number of obstacles — the 12-foot wall being the least daunting. Between being pinned amidst two cars only four days earlier and tearing two ligaments in her ankle mid-race, Velghe’s first ever Storm the Wall last year was an uphill battle.

“The weekend before Storm the Wall, I was supposed to sail at the University of Victoria," Velghe, who is also a club lead for UBC sailing this season, said. "Saturday morning, we woke up and we were loading the cars with our gear. I was putting my bag in the truck and the car behind me … rolled down the hill into me and my legs. I was pinned [between the two cars] for about ten seconds. My right leg was stuck between the bumpers.

“I was just frozen saying ‘back up, back up, back up,’” Velghe recalled. “The first thing I noticed was the rush of confusion when the blood circulated back to my thigh. Everything was orange and green.”

While Velghe tried not to worry her teammates before their competition, she eventually gave in and went to the emergency room. 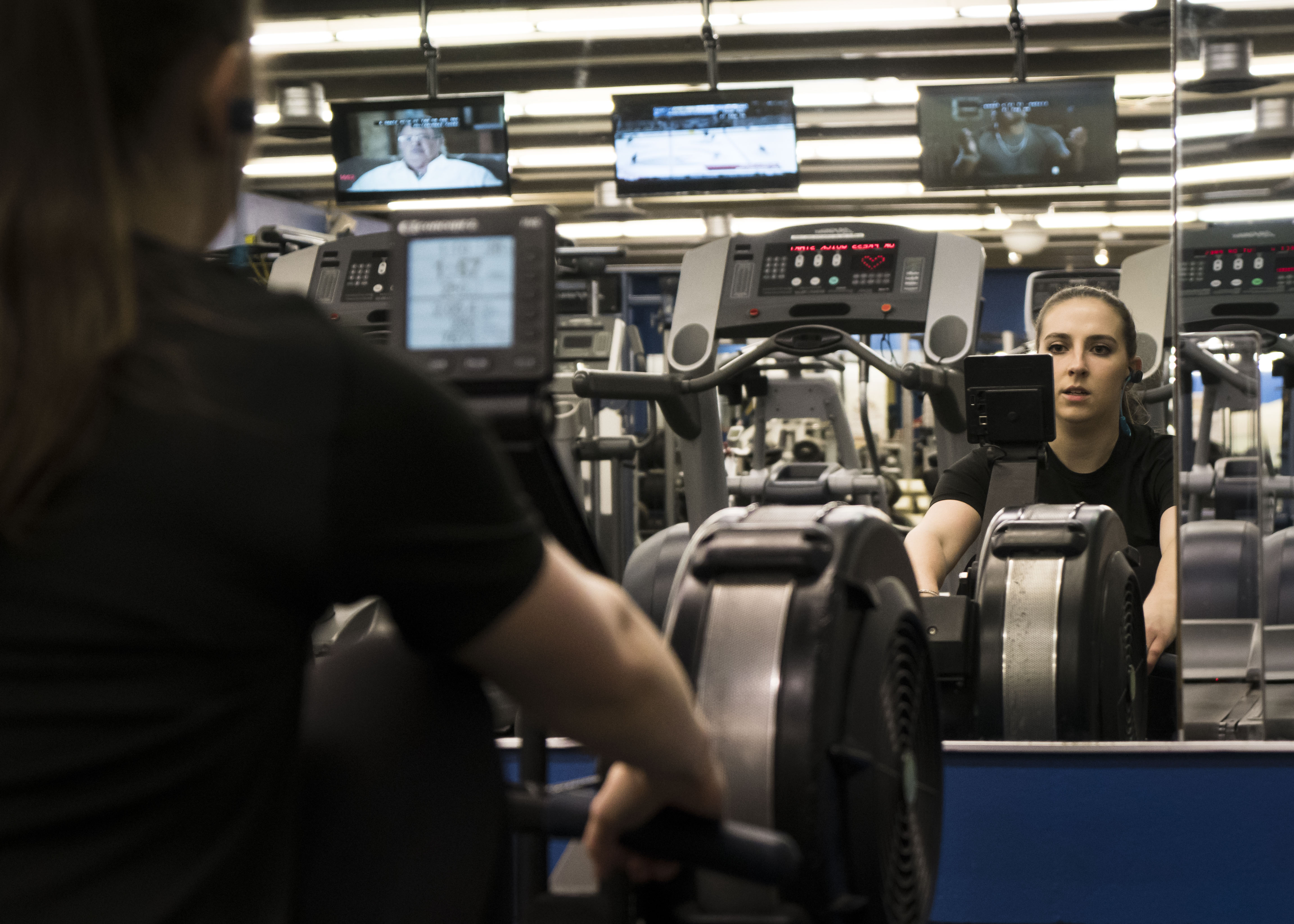 “[I knew that] it was definitely not a fracture — it [was] going to be muscle damage. [But] we went to the hospital and got an X-ray, and then they lost my X-Ray … I was there for six hours.”

After seeing two separate doctors, she was finally told that she had a compression injury that left the fibres in her muscle compacted down around the bone. The doctors told her not to do anything for the next two weeks.

Since Storm the Wall registration only costs $10, many people may have cut their losses and vowed to try again next year. Instead, Velghe pressed onwards.

“Tuesday night, things were a little bit better. I wasn’t in an excruciating amount of pain walking around," she saaid. Feeling like it was still possible, Velghe showed up on Wednesday for her Storm the Wall heat with her right leg taped up and ready to race.

Velghe’s strategy was to start strong in the swim, using mainly her arms in order to conserve energy in her leg. After the pool came the 500 metre uphill sprint and then the biking portion. The bike she used was borrowed from a teammate, which gave her a bit of trouble. “I almost completely wiped out a couple of times because it was my first time ever on a road bike. I straight up went off the Main Mall walkway into the mud.”

The last challenge before the fateful wall was the run. “The biking was pretty chill, but going from one muscle group to a slightly different set of muscles [for the run] is weird. Your legs feel like Jell-O [and] it just builds from that sprint and being in the water. By the time I got to the wall, I was fairly energized. I knew I was almost done … Well, I thought I was almost done. I definitely was not almost done.”

“My left leg had to compensate for my right leg, especially with the wall. That definitely didn’t help prevent the ankle injury.” It was lucky that she had a friendly face in the front row — the student trainer for the men’s volleyball team. “She said ‘walk if off and get over the wall.’ It really pushed me to keep going.” 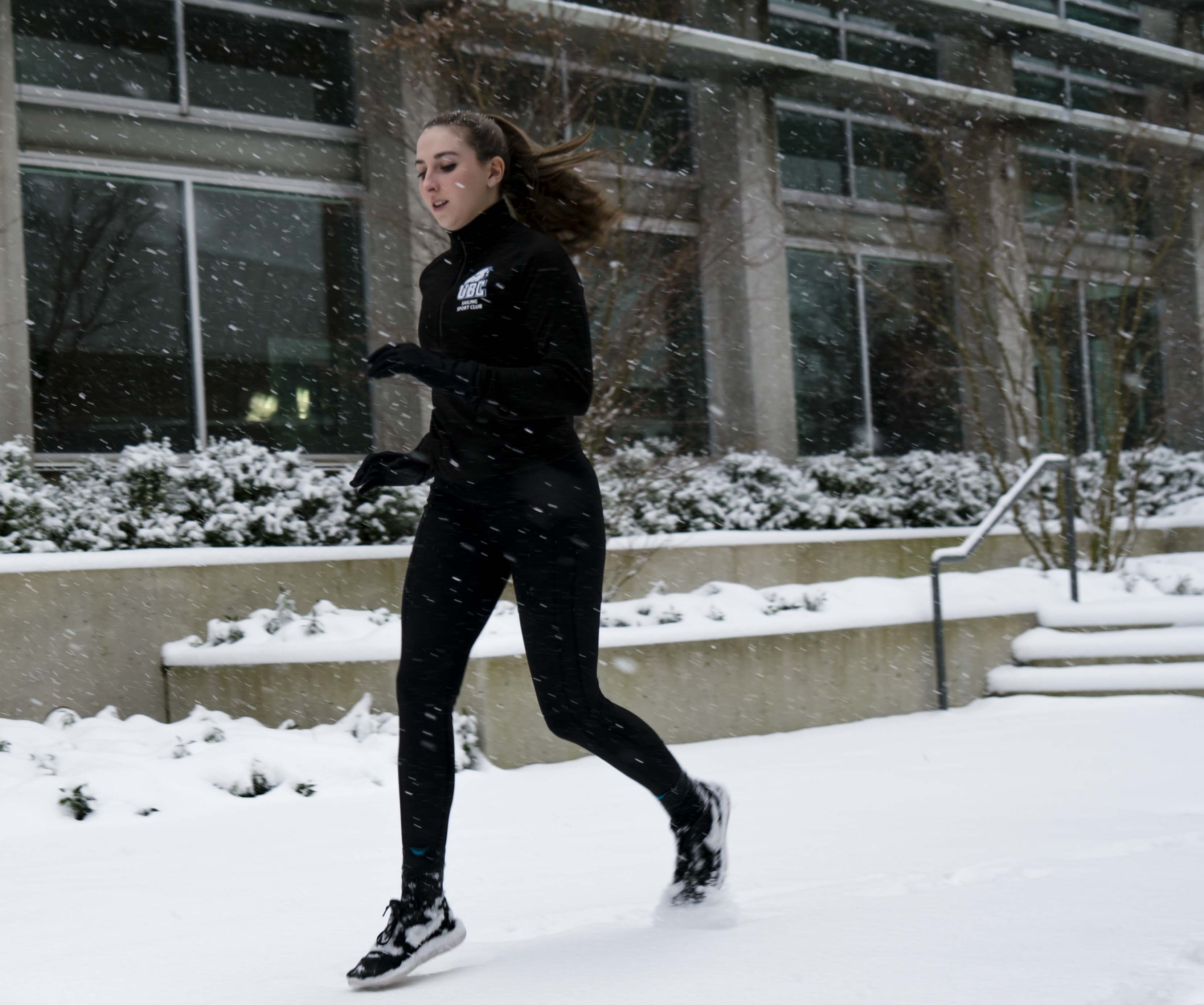 Velghe is currently training for her next attempt at Storm the Wall. Elizabeth Wang

Velghe — now with two lower body injuries — was having trouble making the jump. She tried having her wall partner, Roger Milne, hang down over the wall, so she could climb him like the first place winner did. “After the second time [trying to scale Milne] he told me it was very physically demanding. But the girl that got over first came over with her wall partner [George Hill] and … walked me through … [the] methodology to it.”

Hill even volunteered to take over for the now exhausted Milne. “It took me a long time to climb [him] and it wasn’t cool like the girl before me. I kept saying ‘I am so sorry, thank you so much for this opportunity’ and he was like 'It’s okay, just keep climbing!’”

Finally, she reached the top. “I just plopped over like a beached whale, it was super not graceful. It was the first time I’d sat in over an hour. One guy said ‘take it all in’ and I didn’t even realize how many [people] there were. You don’t notice individual shouts, you don’t notice individual people, but you notice the net noise behind you … That’s the first time I realized that there were so many people who stuck around to watch and cheer people on.”

Looking back, Velghe regrets nothing and plans to tackle the challenge again this year — hopefully with less injuries, and with more time to train.

“Knowing the race course is important. If you can practice the full thing, do that because it definitely makes a difference. But at best … practice pairing up the different transitions and going from one to the other with no break.”