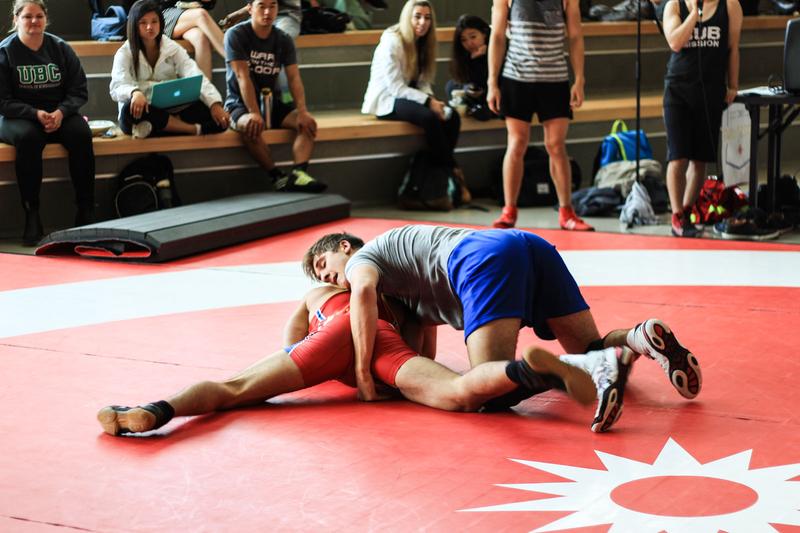 On Monday morning, students gathered in the AMS Nest to watch a festival that featured a number of different combat sports live.

The four sports that were featured were wrestling, boxing, taekwondo and fencing. The event was organized by the UBC Great Combat Council — a new association that was created over the summer, with representatives from the four combat sports clubs.

“[The council’s] primary goal is to try to organize events like this,” said Kentaro Hayashi, UBC Wrestling club president and founder of the UBC Great Combat Council. “There’s just more capacity if there’s four clubs. We also collectively get practice space together, so it becomes one big dojo. This is the first time we’re actually doing a combat festival in the Nest.”

The festival was named “SUBmission” by Hayashi due to the fact that the word “submission” is a martial arts term. 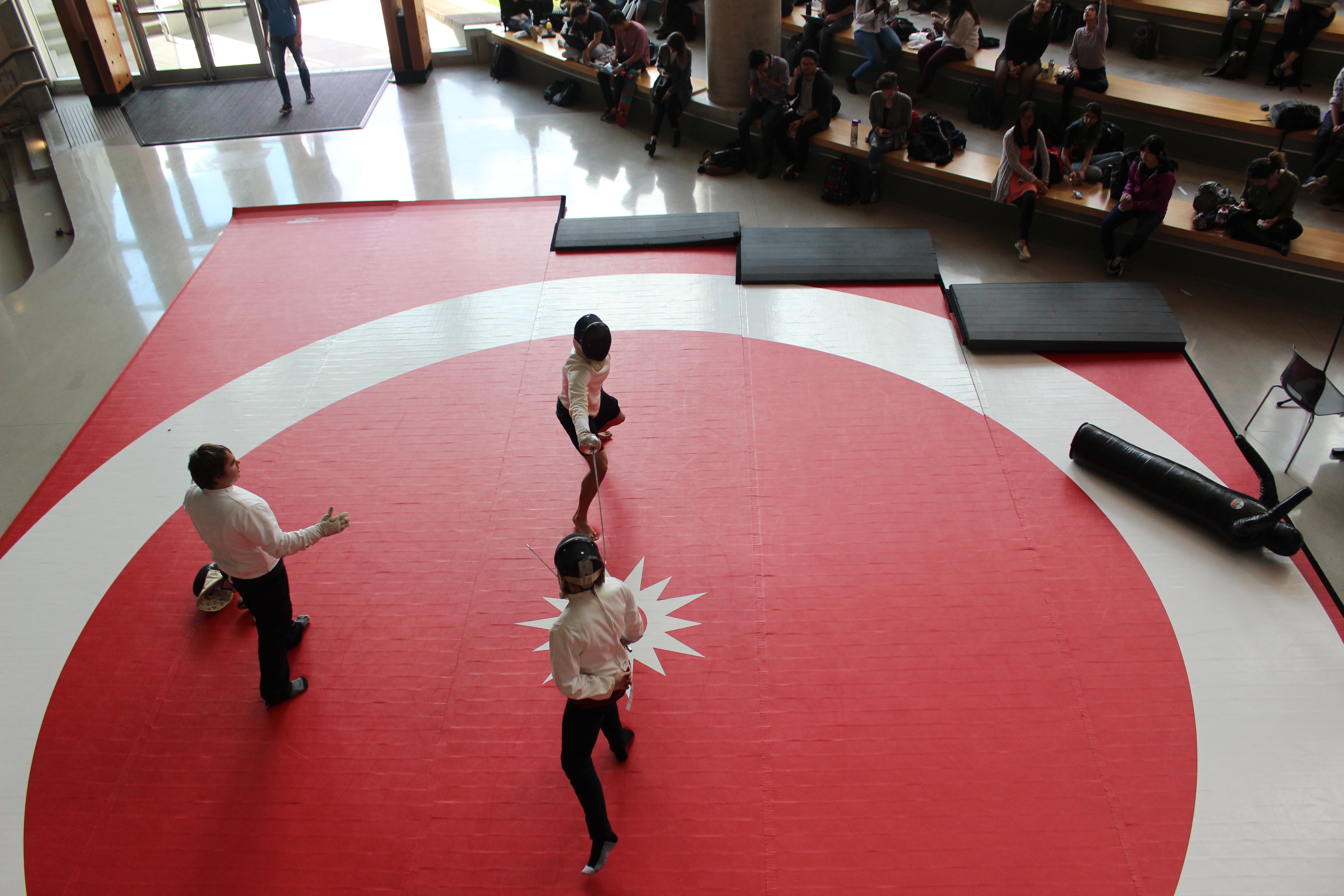 Shortly after 10:30 a.m., the club booths were set up and a massive wrestling mat was laid across the bottom floor of the Nest. The festival started off with wrestling, which was then followed by boxing, fencing and taekwondo. Contestants included experienced fighters as well as a few new combatants who decided to try their hand at the sports. 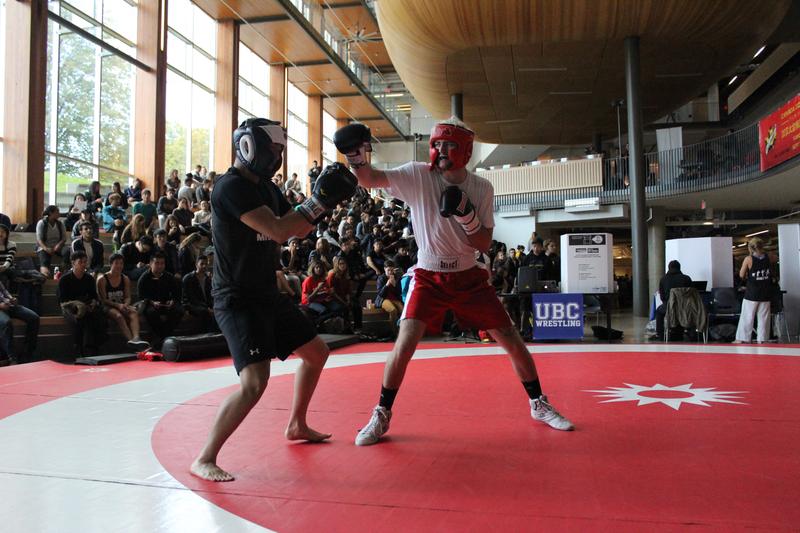 Hayashi believes the event was an excellent way to promote combat sports to students.

“Many students don’t get to watch it or know about it,” said Hayashi. “This is a way to get the word out that we have combat clubs at UBC.”