Thormeyer in action over the weekend in Victoria, as he broke two of his own U Sports records. Photo courtesy Kevin Light

The UBC Thunderbirds men’s and women’s swim teams are once again U Sports National Champions.

This year, the ’Birds travelled across the channel to Victoria where the University of Victoria Vikes played host for this year’s championships.

Going into the event, the ’Birds were already crowned Canada West Champions and favourites to win both crowns yet again. But the men’s squad was challenged by the University of Calgary Dinos, while the University of Toronto Varsity Blues women’s team was keen to try and unseat the ’Birds for the first time since 2016.

The championships kicked off Thursday night with veteran Emily Overholt taking the 200-metre freestyle crown with a winning time of 1:58.80, pulling out on the last lap ahead of Calgary’s Danica Ludlow. The event is one of Overholt’s signature races, as she holds the current U Sports record of 1:57.26 which she set last year.

With little break, Overholt proceeded to win the 400-metre individual medley with a new U Sports record of 4:38.58, breaking her own previous record of 4:40.95.

On the men’s side, Jaren LeFranc ended a drought in breaststroke medal-winning performances for the Thunderbirds as he took home the U Sports crown in the 100-metre event. Clocking in a time of 1:03.02, LeFranc finished less than two-tenths ahead of Graeme Aylward of the Varsity Blues and both swimmers came back in equal splits of 33.22.

But the biggest story from the opening night were the relays.

Toronto has had a stranglehold on the women's relays for the last few years, but Overholt came home in an anchoring split of 55.00 to give the ’Birds a time of 3:45.42, just over three-tenths ahead of the Varsity Blues who finished at 3:45.77.

Still, Thursday ended with Toronto ahead in points at 307 with the ’Birds women’s team close behind at 304 points. The men’s squad took an 89-point lead on the Dinos going into Friday. 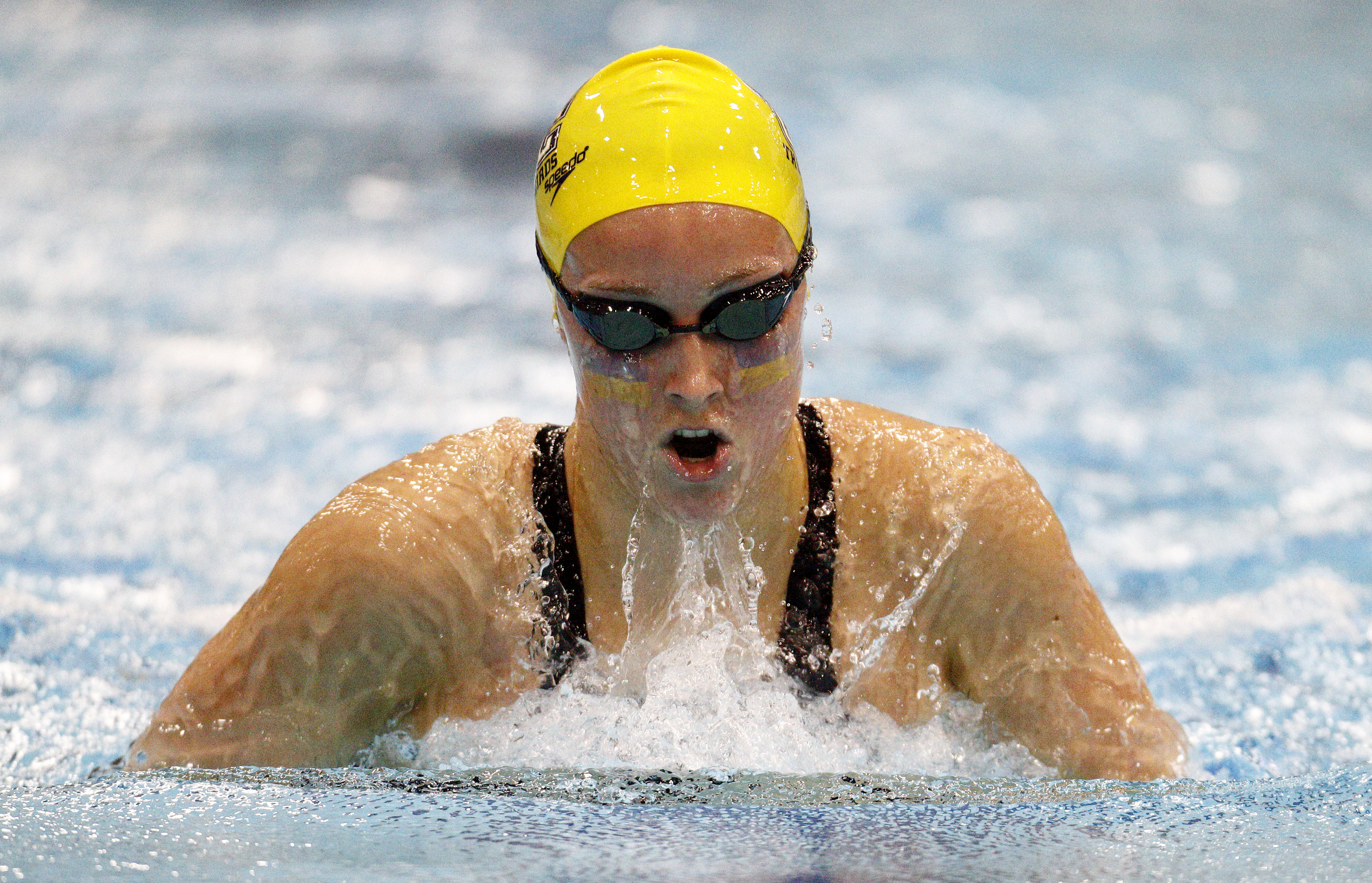 Overholt was unstoppable on Day 1 of racing in Victoria. Photo courtesy Kevin Light

Day two’s finals session began with Thormeyer beating his old U Sports record of 53.78 in the 100-metre backstroke with a new time of 53.51. Thormeyer broke the Canadian record in the event with a time of 53.35 he set last April.

LeFranc pulled out another big win, taking the 200-metre breaststroke title with a final time of 2:15.49 and putting himself over two seconds ahead of silver-medalist Benjamin Blackmon from Calgary.

Tam proved her place as one of U Sports’ elite sprinters by taking the women’s 50-metre freestyle with a time of 25.92, ahead of second place Ainsley McMurray of the Varsity Blues who finished with a time of 26.12.

For the second night in a row, racing was incredibly close when it came time for the relays. The women’s 4x200-metre freestyle relay squad was led by Overholt, Gunther, Megan Dalke and rookie Josie Field. The quartet clocked in a time of 8:14.30, just 0.15 seconds ahead of a surprisingly fast Calgary time who finished at 8:14.45.

After two days of racing, the men’s team grew their lead against Calgary by totalling 719 points to the Dinos’ 571. Meanwhile, the women’s jumped up ahead of the Varsity Blues, leading with 744.5 points to Toronto’s 701.5 points. 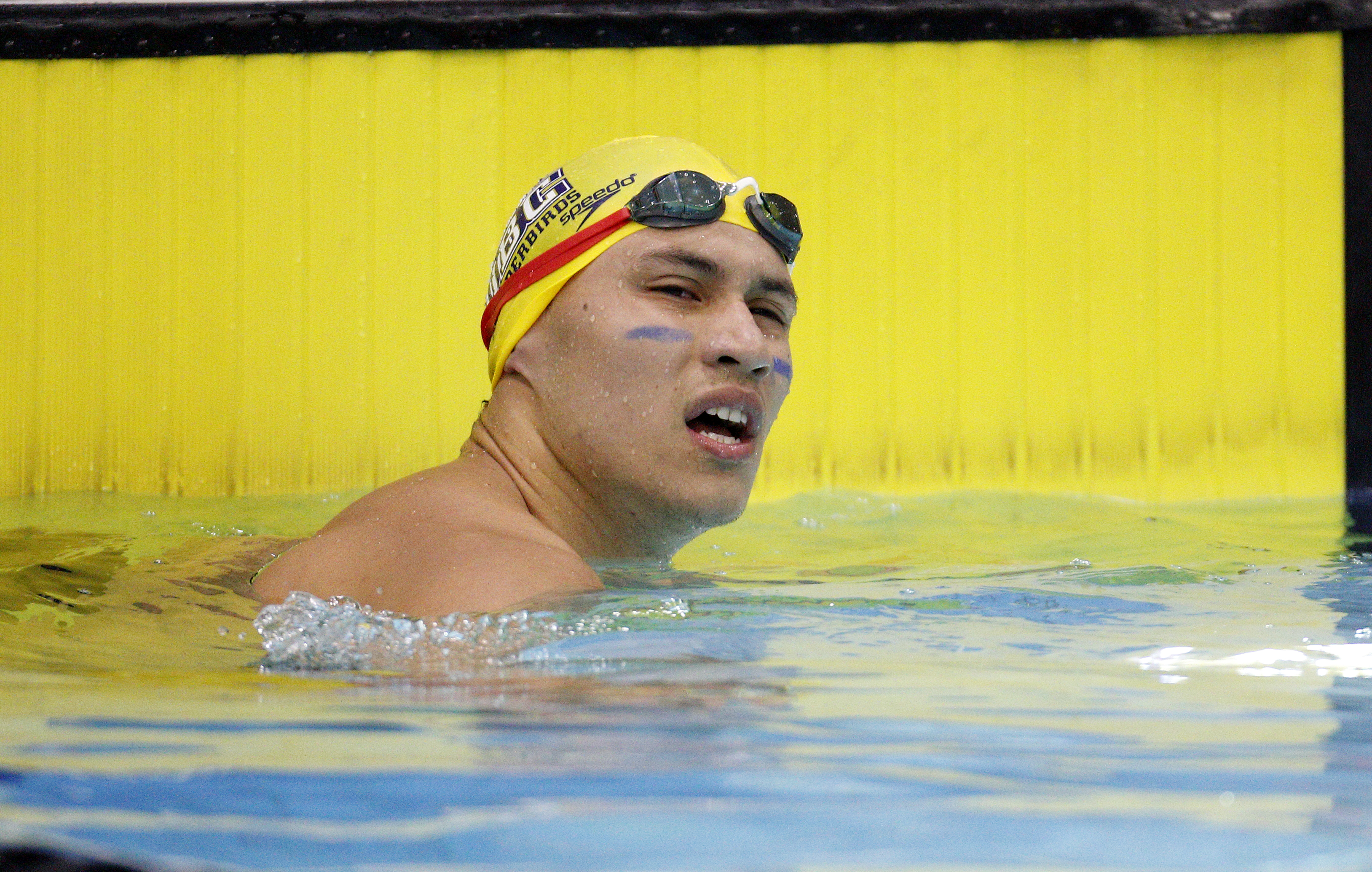 Thormeyer will likely be one of the main faces of the Canadian Olympic swim team. Photo courtesy Kevin Light

Tam took the women’s 100-metre freestyle with a blazing time of 55.50, holding off advances from McMurray and Aleska Gold of the Varsity Blues.

With the double-championship guaranteed, the Thunderbirds ended nationals on a winning note, taking both 4x100-metre medley relay titles to cap off a successful weekend on the island.

The Thunderbirds may have won another double, but they still showed serious improvement from previous years by being able to take elusive crowns in men’s breaststroke, women’s freestyle and relay events in addition to staying just as dominant across other events. With just two fifth years on the roster, the Thunderbirds could only get more dominating in the seasons to come.