T-Birds get past Axewomen, will play Calgary in National Final 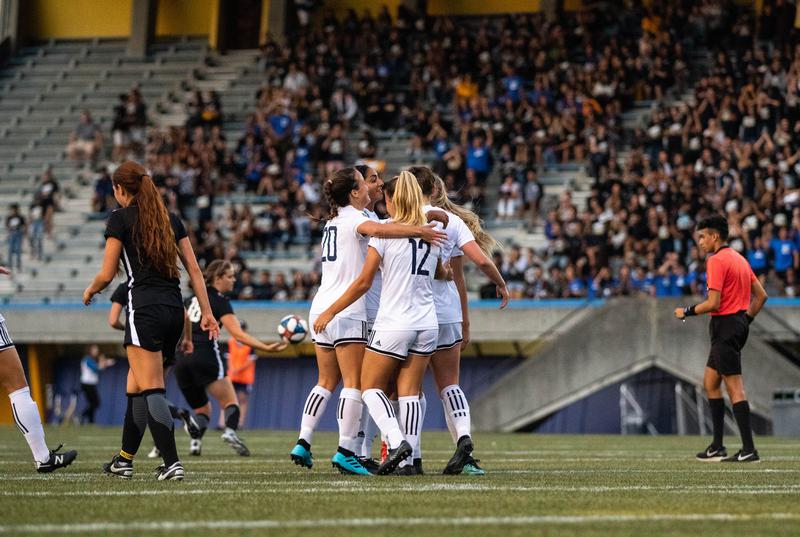 The T-Birds have a chance to become national champions on Sunday afternoon. File Salomon Micko Benrimoh

The UBC Thunderbirds have advanced to the U Sports women's soccer National Championship game after a hard-fought 1-0 victory over the Acadia Axewomen Saturday afternoon.

The Thunderbirds pressured the Axewomen in the opening minutes of the game, looking for an early goal. Acadia would answer with a few quality scoring chances of their own, all of which were shot just wide of the Thunderbirds’ goal with one being saved by Emily Moore.

The two sides would trade possession for the rest of the half, with neither team able to break through the stout defence being played by both squads. Danielle Steere had a great opportunity to put UBC on the board just before halftime after receiving a beautiful cross, but she couldn’t manage to get a good touch on the ball and shot it wide of the net.

The game would open up a lot in the second half, as both goalies came up big to keep the match scoreless. Acadia's Sarah Charnock made a great reflexive save to tip the ball just over the goal at the 57th-minute off a UBC free kick. Less than three minutes later, Emily Moore responded by stopping a powerful shot from an Acadia forward just outside the penalty area.

Danielle Steere would ultimately score the golden goal during the 76th minute by tapping a rebound into the empty net after Charnock fumbled the ball following a shot by UBC's Natasha Klasios. The Thunderbirds would play great defence and limit scoring chances for the remainder of the game, hanging on for the 1–0 victory.

UBC will attempt to win a record seventh U Sports title Sunday afternoon against the Calgary Dinos, the same team they lost to in the Canada West final just a week ago.