The Blitz: The stars didn’t align for UBC football in stunning loss

UBC football took to the T-Bird Stadium on Saturday afternoon for a Hardy Cup semi against Saskatchewan — it would be there final game of 2018. Ella Chan

With just over a minute left in regulation, the Thunderbirds are up 28-21 over the Saskatchewan Huskies in the Hardy Cup semifinals Saturday evening at Thunderbird Stadium. All-star free safety Stavros Katsantonis comes up with a huge interception to ice the game for the T-Birds, the crowd is jubilant. In the end, though, it doesn’t work out in their favour.

Who let the dogs out?

It was quite surreal witnessing the mood swing on the sideline, from pure euphoria for UBC to utter shock and eventual disbelief. And that’s exactly how it played out in the final frames of Saturday’s game.

After the remarkable Katsantonis interception, the ’Birds were forced into a two-and-out, which was entirely expected given they wanted Saskatchewan to use their timeouts defensively. 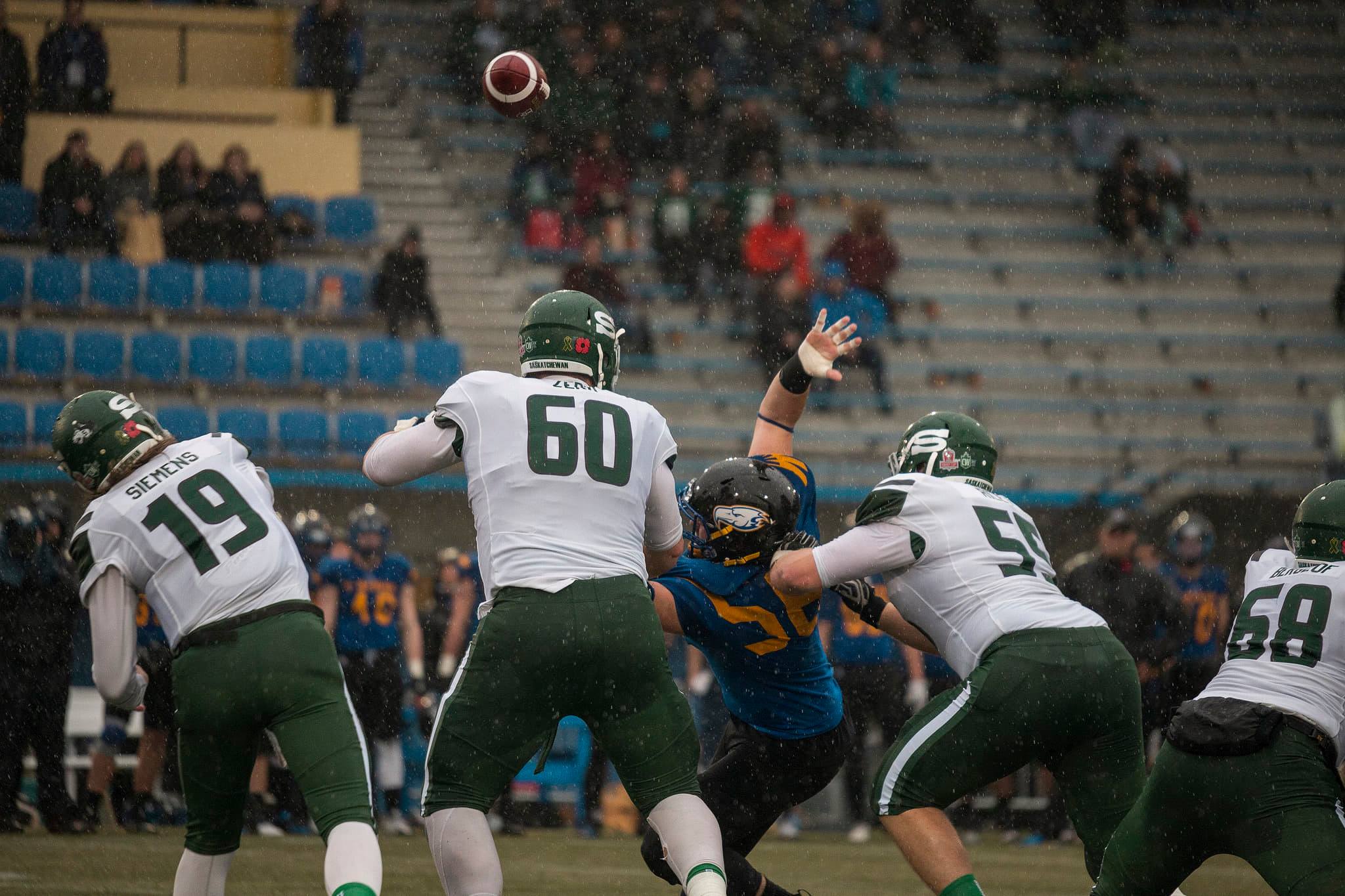 UBC football let the game slip through their hands on Saturday. Ryan Neale

What transpired next was a microcosm of the team’s season: an already measly 31-yard punt was negated by two penalty calls against UBC. Discipline, an area the team struggled in mightily throughout the season, was once again haunting them in their most important game.

The Huskies — with 51 seconds left — were gifted great field position on the UBC 47-yard line to start their drive. Led by fifth-year quarterback Kyle Siemens, Saskatchewan had all the time in the world to drive for the equalizing score — and they did.

The overtime frame was unlucky for the ’Birds, as senior kicker Greg Hutchins missed a 33-yard field goal wide right. Before the kick, he was 14-18 (77.8 per cent) on attempts through the season, making the miss hard to swallow. The Huskies offence drove nine yards to set up their own field goal from 38-yards to win the game 31-28.

“It’s a tough one, it’s a game about making plays when the time comes,” UBC head coach Blake Nill said post-game, “and they just made a few more plays than we did.”

End of an era

It’s only been a matter of days, but the Thunderbird’s offseason has begun — and there are hints it could be a tumultuous one.

A total of 19 players could leave the program, either graduating or becoming CFL eligible. Many of those players are integral figures to all three phases of the ball.

On offense, quarterback Michael O’Connor and wide-receiver Trivel Pinto have likely played their last games in the blue and gold. The same can be said for starting running back Ben Cummings and starting centre Levi Hua — a mainstay on the offensive line since 2015.

Defensively, the D-Line — which Nill thought was the strongest unit of the team preseason — will be decimated. Star nose tackle Connor Griffiths is attracting NFL attention, veteran transfer Sheriden Lawley will probably find a home in the CFL and seniors Nico Repole and Dante Vigini are likely finished with their UBC careers. The secondary will also be hurting, with starters like Katsantonis, Will Maxwell and Malcolm Lee all likely turning pro in the offseason. 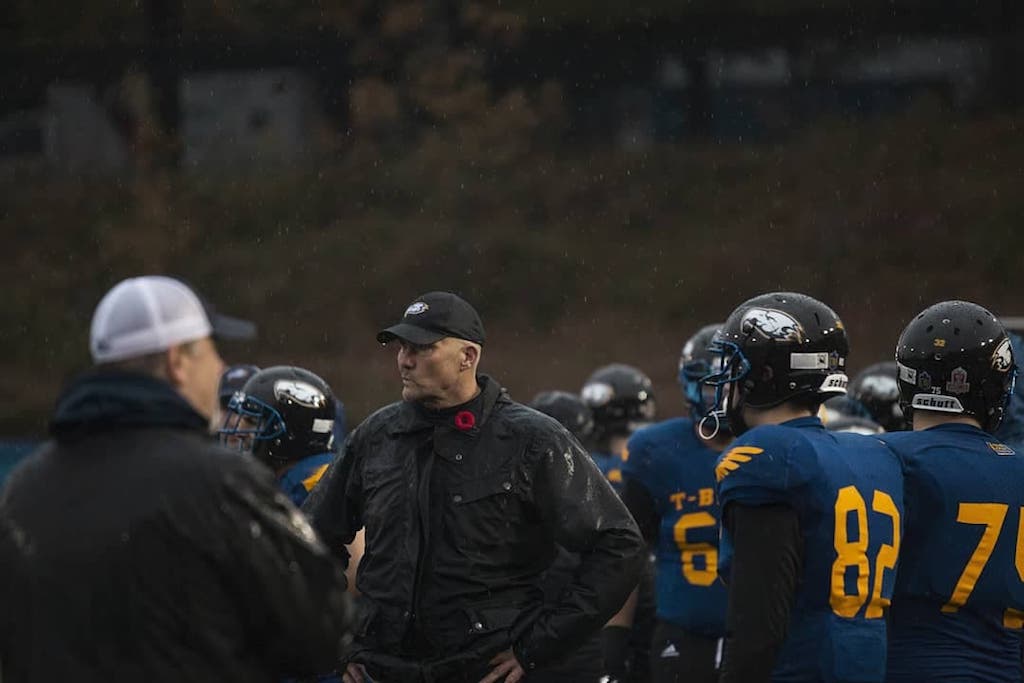 Coach Nill looks on at the end of UBC's season. Ryan Neale

Then there is the coaching staff. In his post-game presser, Nill was non-committal about his future at UBC.

“I’m happy here, yeah” he said, searching for words. “What seems to be impacting me most is the new era of kid — they’re totally different. At times, I wonder: Is my approach as effective as it was even five years ago?”

When asked if he could potentially implement a new coaching style, he answered, “I don’t think I can bring a new approach … I [have] now finished my 27th year, I’ve won nine national championships.”

The future of the coordinators and assistant coaches is another thing to watch, as they lead units that did not live up to expectations this season.

While it’s easy to jump the gun and think that UBC football’s successive run in Canada West has come to a crushing conclusion, one must remember that at this point not much is certain. What we do know is that the current era is in its twilight.

“You go through different seasons and sometimes the stars don’t align for you,” said Katsantonis.