UBC football’s defense went blackout mode on the Saskatchewan Huskies’ quarterbacks Friday night, picking them off four times in a statement 20-10 victory at Thunderbird Stadium — their third win of the season.

Barely two weeks ago, the ’Birds were dead last in the Canada West conference. Not a group to succumb to challenges, the team managed to turn their season around on Friday. With some help, they are now second in the league behind Calgary and hold a 3-3 record.

“We worked so hard during the break, you should have seen the tempo of practices,” said UBC head coach Blake Nill when asked about the team’s preparation for Friday’s home game..

Without a doubt, defense won this game for the T-Birds. It was a team effort on all fronts, with many young guns like Payton LaGrange and Jean Ventose stepping up in crunch time.

Going into the matchup, UBC had the worst run defense in the league, allowing over 150 yards per game. This time around, the front seven executed their gap assignments well enough to force Saskatchewan to forgo the run on multiple downs. With a few key defensive linemen out going into the game — namely Sheridan Lawley — UBC had to have been optimistic with their performance in the trenches. Next week, they’ll have to summon that same energy when they meet Alberta’s running back Jonathan Rosery, who averages 7.5 yards per carry — good for second in league play. 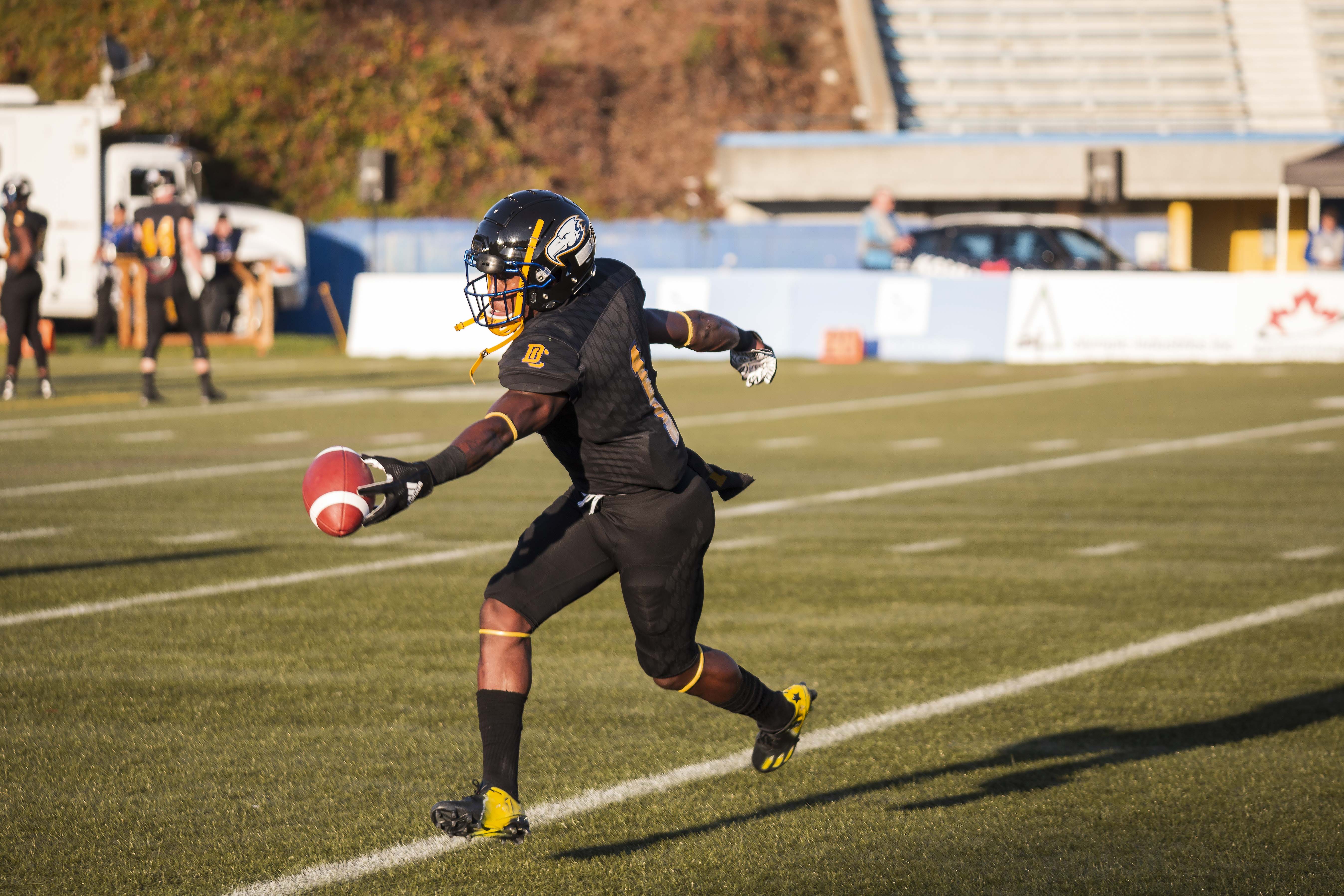 Similar to the defensive line, the secondary was without some of its own starters. Nevertheless, they shut down Saskatchewan’s fifth-year starter Kyle Siemens (117-0-1) and his halftime replacement Mason Nyhus (235-1-3). Thunderbirds second-year defensive back Ventose came up with a late interception in the fourth quarter to seal UBC’s victory.

“Honestly I slipped, but thanks to the pressure I got from the guys on the line, I was able to make a play,” remarked Ventose post-game.

If UBC’s secondary can continue to play at this level intuitively, they can lead a late season transition from worst defense in the league to one of the best.

At times on Friday, UBC’s offense stalled, sputtered out and looked straight up disorganized along the line. And while that’s far from perfect, it’s okay, because as long as Michael O’Connor plays well, that’s enough (granted, with good defense). The Thunderbirds aren’t risky offensively; rarely do they take a shot downfield, thus making them a relatively turnover-free team.

O’Connor (277-2-0) and his running backs executed run-pass options all night, keeping the Saskatchewan defense at bay. Trivel Pinto (8-89-1) and the receivers worked the flats most of the game, where they could provide O’Connor with easy outlet passes. In the fourth quarter, Ben Cummings used his legs to eat up the clock, running the Huskies out of time. 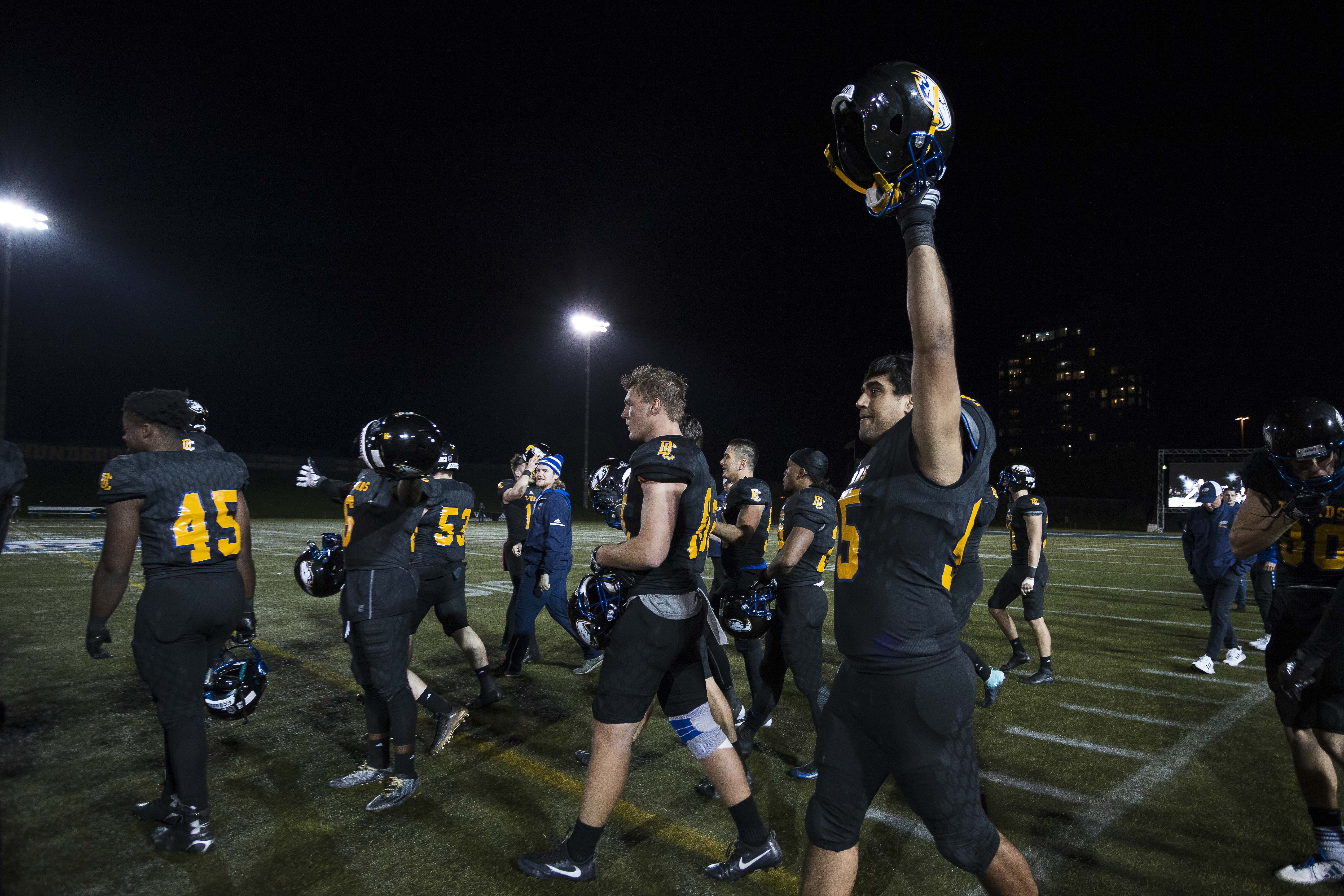 UBC will try to avenge an earlier season loss at the paws of the Alberta Golden Bears (2-4) when they arrive at Thunderbird Stadium next Saturday at 1:00 p.m. — their final regular-season home game.