The Thunderbirds amassed 494 yards of total offense Saturday in what was a total demolition of the University of Alberta Golden Bears at Thunderbird Stadium — winning their final regular season home game 30-11 and clinching a Hardy Cup Playoff berth in the process.

It’s no secret that Alberta isn’t a great football team; UBC’s loss to them nearly a month ago was nothing short of embarrassing. Such humiliation it was, that apparently head coach Blake Nill made his team run suicides for an hour and half afterwards.

Obviously the 'Birds received that message loud and clear.

T-Bird quarterback Michael O’Connor had his best game of the season, passing for 427 yards and two touchdowns with 86 per cent accuracy. His favourite target — and fellow senior — Trivel Pinto caught 11 passes for 198 yards and a score. Sharique Khan, once a third-string running back, churned up 62 yards and a touchdown on the ground. 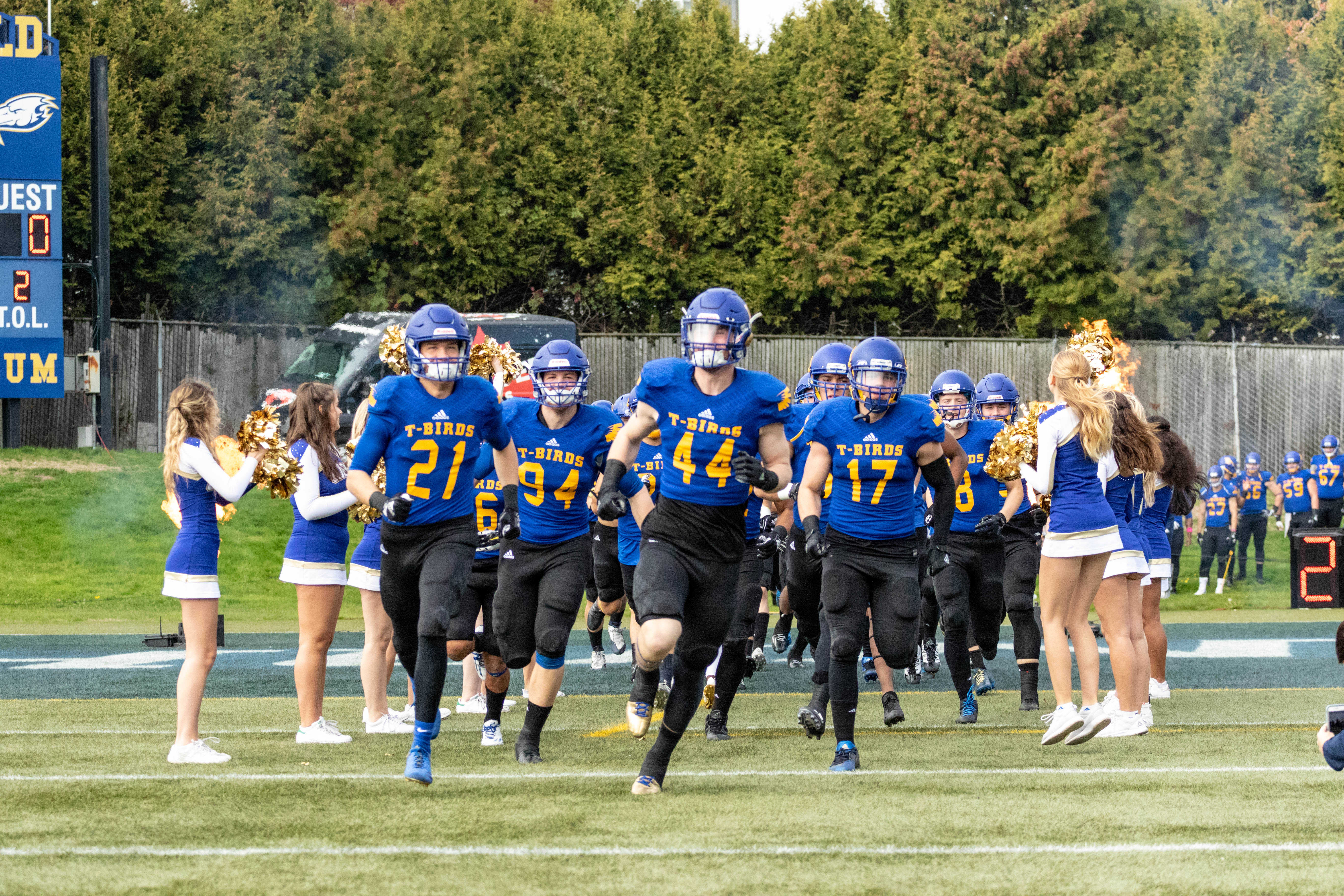 UBC found what they were missing last game offensively: a potent downhill attack. They weren’t afraid to pass the ball downfield, and perhaps it was because of an inferior opponent, but regardless, it was great to see that level of confidence in-game.

Defensively, the Thunderbirds continued building on what they started last week. For much of the game, the Golden Bears were smothered; their receivers were unable to gain separation and their running game was rendered obsolete.

UBC’s Tom Schnitzler had his third sack of the season and rookie defensive back James Vause picked off Alberta quarterback Brad Baker twice — the first and second of his career.

The only wrinkle for the defense was a 104-yard touchdown reception by Golden Bear Daniel Bubelenyi. In what was clearly too aggressive of a call, the 'Birds chose to play zero deep safeties with Alberta backed on their goal line and no time on the clock, instead electing to blitz six at the line of scrimmage. 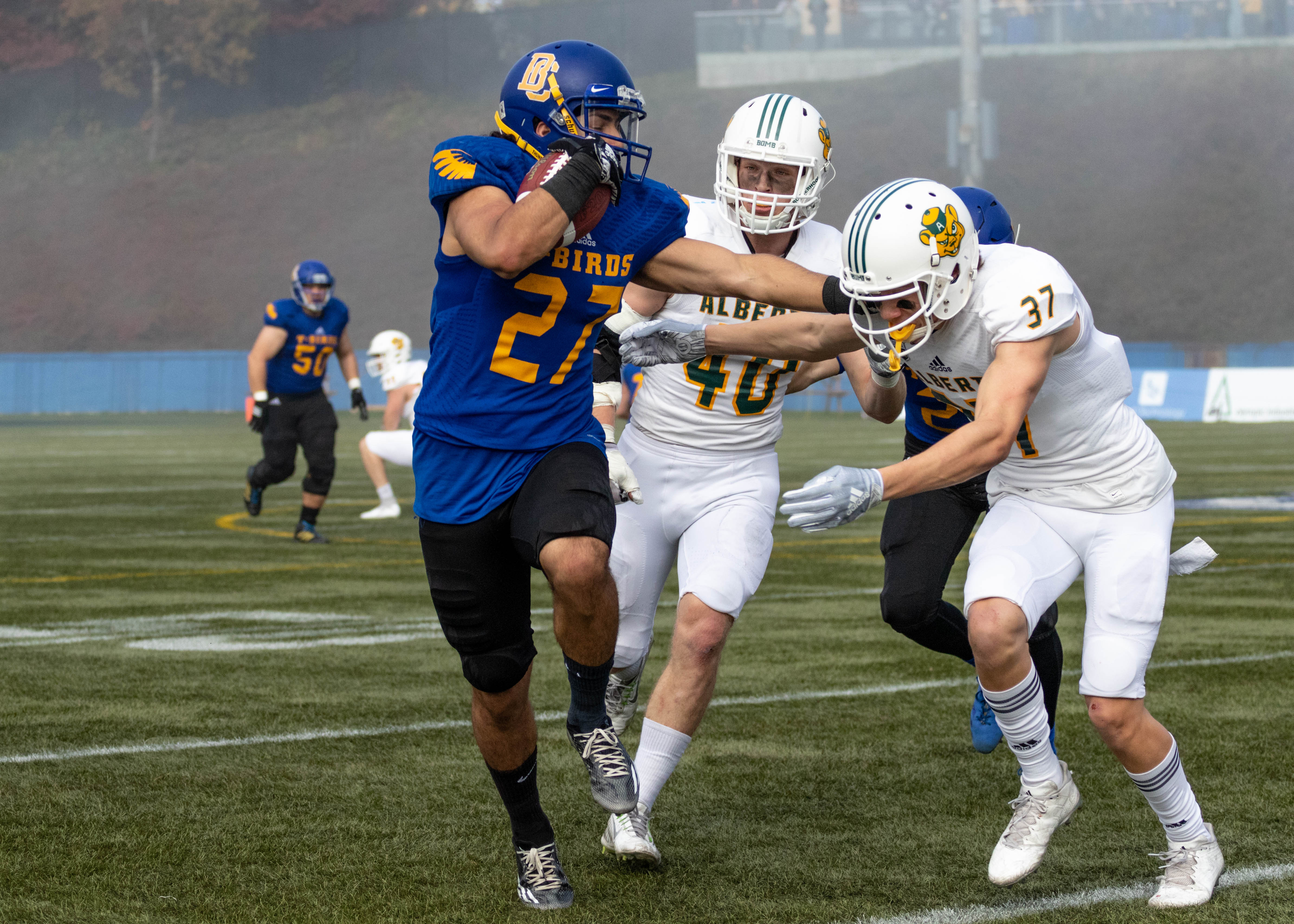 With playoff football guaranteed, it’s all about seeding and momentum for the T-Birds. Their road trip to Manitoba (October 27, 2 p.m.) next week won’t be easy. The Bisons themselves are looking for momentum as they will potentially face the league-leading Calgary Dinos in round one of the Hardy Cup Playoffs.

UBC is currently second in the standings. This is key, because if they win next weekend, they will likely face Saskatchewan at home. However, if UBC loses and Saskatchewan wins, the 'Birds playoff opponent will be up in the air as well as their home game advantage.

All indications from Nill’s postgame presser are that the Thunderbirds will be playing to win.

“We’re lucky to be in the position we’re in when we’re playing for a home playoff game, which can mean a lot and we just got to continue to want to get better.” 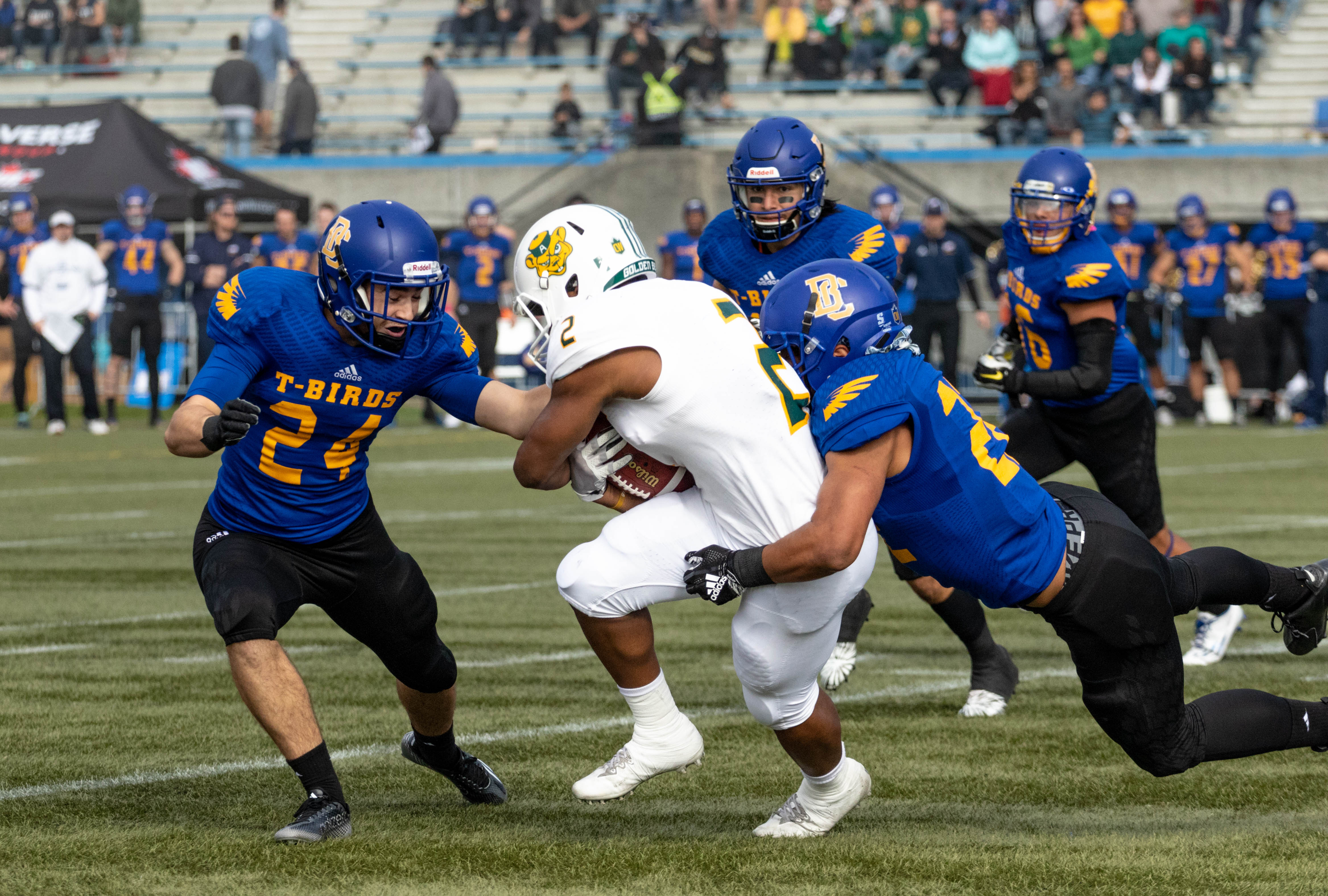