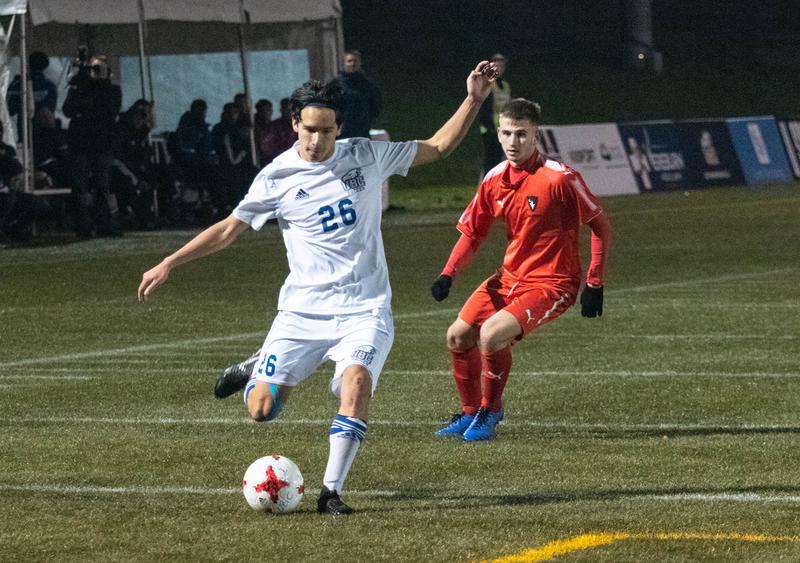 The CPL is another step among many, but one that Gardner embraces. File Salomon Micko Benrimoh

This past January, Thomas Gardner heard his name called first overall by FC Edmonton of the Canadian Premier League (CPL). A recently-founded top flight of the Canadian Soccer pyramid, this fledgling league adds one of the brightest talents that the Thunderbirds have to offer.

However, the journey has been far from smooth for Gardner.

Where it all began

Born in North Vancouver, Gardner found himself drawn to soccer at an early age, coming up the ranks within the Vancouver Whitecaps youth system.

“I started with [the] ‘Caps when I was nine years old. So it's really a good progression to go through prospects to academy to the United Soccer League (USL) team,” he said, recounting his time within the club.

Having recently rebranded from the Whitecaps Residency program, the Academy continues to produce first-team players in leagues all over the world.

Gardner found himself thrust onto the professional stage, signing in 2015 with the now defunct affiliate of the Whitecaps, WFC2, who played in the USL.

Making 40 appearances for the side, Gardner established himself as a key contributor to the team throughout its short-lived spell, which included a run to the conference finals in 2016.

With WFC2 folding in 2017, Gardner was left in a small lurch. The Whitecaps signed an agreement with Fresno FC to become its new affiliate, and assigned him to appear for the California team.

Gardner chose not to go.

“I don't think it was the best option for me. I thought that either going to school or maybe trying a different option other than the USL would be the best for me,” Gardner said.

Instead, Gardner remained in the lower mainland, playing one year for the Total Soccer Systems (TSS) FC Rovers, a Richmond based team competing in the Premier Development League.

While a step down in the professional ladder, it certainly was not lacking in competition. Many of the players in the league have gone on to have lengthy careers in the sport, such as fellow Whitecaps graduate and current Atletico Ottawa midfielder Zach Verhoven.

“[TSS was] also a really good experience, I played with a lot of these players before, and they're all really, really good athletes,” said Gardner.

“It [was] good to see those guys again.”

Instead of remaining with the semi-pro TSS Rovers, Gardner joined the UBC Thunderbirds in 2018, beginning his U Sports career with his hometown university. Gardner found it to be an easy choice to make.

“It's a great school academically, and it's close,” said Gardner.

“Yeah, it has everything going for it.”

Leaving behind the professional world and heading into university competition, Gardner found himself learning more about the game than ever before.

“U Sports has allowed me to try to fulfill that role and grow my game still ... The competition at U Sports is good. It's really good. And it's been super fun, which is the most important part,” Gardner said.

Gardner packed more firepower into an already loaded UBC team, fresh off another Canada West championship. His addition helped spur the side to another two Canada West titles, reigning supreme in their conference.

Gardner found the net eleven times in the two years, while laying on eight assists during the same span.

Gardner found his time at UBC has been nothing short of incredible.

"Every single person who comes there has very high expectations. We expect to compete for the finals every single time. And we want to win every time."

“We're gonna go after it again.” 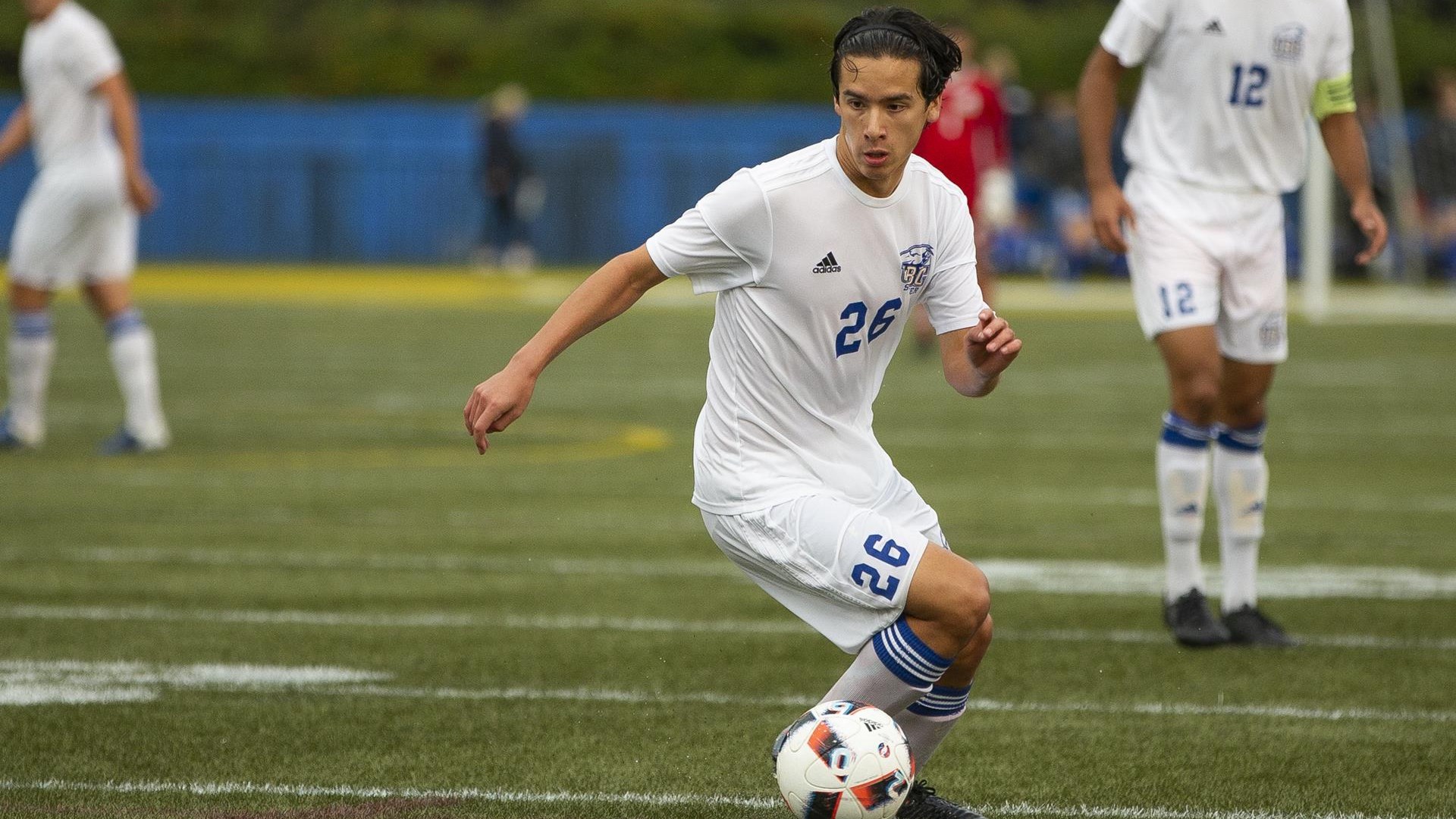 Back to the big leagues

In 2018, a domestic professional league had been created with a goal of improving the sport in Canada.

With the announcement came an additional change: an annual draft would be held to pick top U Sports prospects.

For Gardner, this was a welcome surprise.

“I didn't give up on it at all … But I wasn't expecting that soon,” Gardner said.

“It's an unbelievable opportunity that U Sports and the CPL has given the university players now and I think a lot of players should take that opportunity.”

In the CPL draft, U Sports players can sign a development contract, which would allow them to play the spring and summer with the professional teams, before returning to their university teams in the fall to continue in U Sports tournaments.

Gardner was selected in that inaugural draft, sixth overall by Pacific FC, a club based in Victoria.

Unfortunately, a knee injury shortly after being drafted prevented him from attending his first training camp, which resulted in being unsigned by the team. The next year, after his second Canada West title, Pacific selected Gardner once more, this time 12th overall in the second round.

With COVID-19 rapidly evolving into a pandemic, it forced CPL teams to cancel their training camps, which once again deprived Gardner of a shot with the team.

His work ethic and mindset never wavered, even with these setbacks.

“[You’ve] got to put your head down and keep on going,” Gardner said.

"If you get caught up on things like that you can't control then it’s not gonna be that fun."

“Because that's all you can do. If you get caught up on things like that you can't control then it’s not gonna be that fun.”

With the cancellation of the U Sports season in the fall, Gardner went a full year without much game action, just the occasional friendly here and there.

Back to the big leagues 2: Electric boogaloo

FC Edmonton was a team in turmoil.

After a respectable mid-table finish in their first season, the side plummeted to the bottom of the CPL standings in 2020, resulting in the resignation of their head coach and general manager Jeff Paulus.

The team found a replacement in Alan Koch, one-time manager of WFC2, and just so happened to be the manager that gave Gardner his debut in the USL.

With his U Sports pedigree strong and professional resume lengthy, FC Edmonton made sure to secure the services of one Thomas Gardner, selecting him with the first overall pick.

Gardner knows that he can bring a lot to the table and the high expectations instilled by UBC certainly has helped with that.

“I want to make a big impact in the league and on the team. I want to be a big part of the success of the team this year. Being away from professional soccer for a few years doesn't really mean anything to me,” Gardner said.

“I think I have the ability to come in and play with this team.” 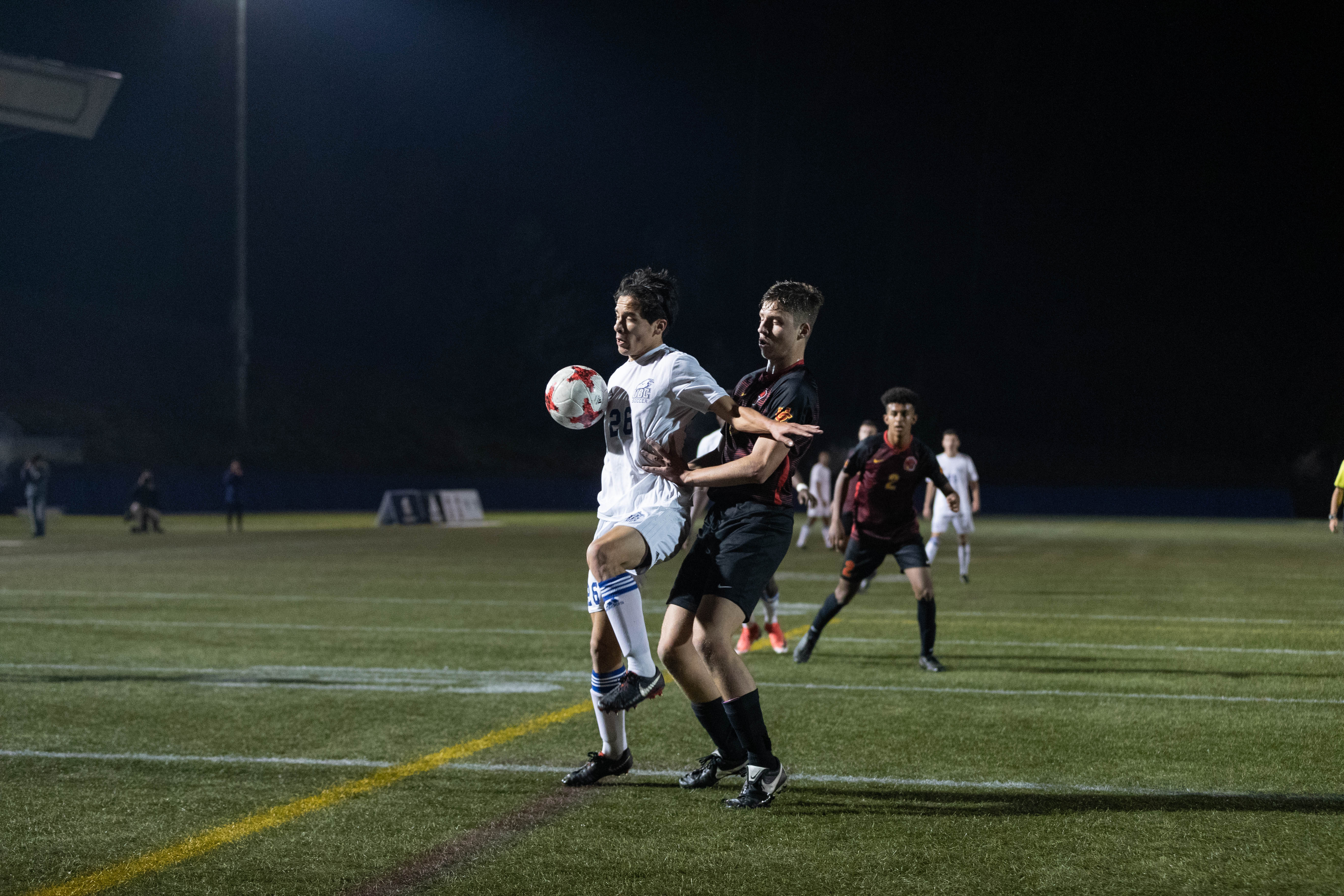 Where does it go from here?

Gardner sat down for this interview having spent the past month at training camp with FC Edmonton. Having penned his development contract with the team, his future in the CPL and U Sports appear to be intact.

It leaves room to wonder: Where does this Thunderbird go from here? For Gardner however, the future is still a long ways away. He knows better than anyone that anything could happen.

“[It] all depends on the season. I got to prove to myself that I can play here first, and then we'll see from there,” Gardner said.

The CPL is another step among many, but one that Gardner embraces “day by day.”