The Thunderbirds swim team are ready to host nationals this weekend 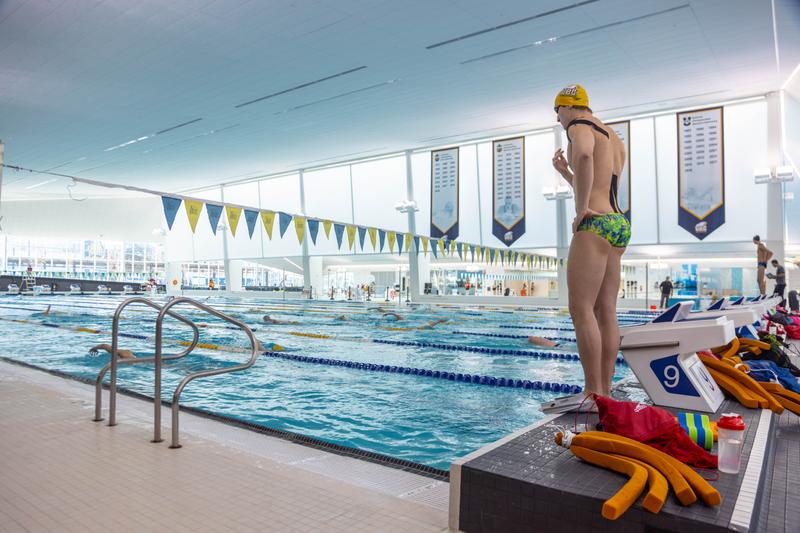 Get ready to jump right into the top level of Canadian university swimming on Thursday. Salomon Micko Benrimoh

The UBC Thunderbirds swim team are without a doubt one of the most dominating squads in U Sports. Both the men’s and women’s teams are two-time reigning national champions, having won last year’s titles in dominating fashion by keeping rivals — the University of Toronto Varsity Blues, the University of Calgary Dinos and the Université de Montréal Carabins — hundreds of points behind them.

But this year’s national championships will be one of the most significant for the ’Birds in recent history: they are hosting it here at UBC.

UBC's prairie and East Coast rivals are hungry for revenge as the best U Sports swimmers from across the country converge at the UBC Aquatics Centre this Thursday, Friday and Saturday for the annual U Sports National Championships.

To say that the UBC team has been successful in recent years would be an understatement. The 'Birds have the most swimming titles in U Sports history, including both the men's and women's titles from the last two seasons in a row. From a conference standpoint, the team has taken both Canada West titles since 2013 when the men's squad came in second place behind rivals Calgary.

It’s the first time the championships have been held in Vancouver since the 2008/09 season, though, and the first time UBC will host the competition in the new, state of the art $39 million Aquatics Centre that opened back in February 2017.

“We're very excited to be hosting here [in] this new pool ... anytime you get a chance to race in front of your home fans is fantastic. So they're pretty stoked about it,” UBC head coach Steve Price pointed out about the new facility.

And there is the added benefit of the eliminated travel headache. Instead of heading across the country for a three day event, UBC gets home pool advantage.

“We've chosen to stay on campus, we're not going to stay at a hotel downtown, ... we have a pretty good set routine for these guys,” Price said. He also stressed the importance of trying to create a more normal environment so that the UBC swimmers don’t get too distracted. 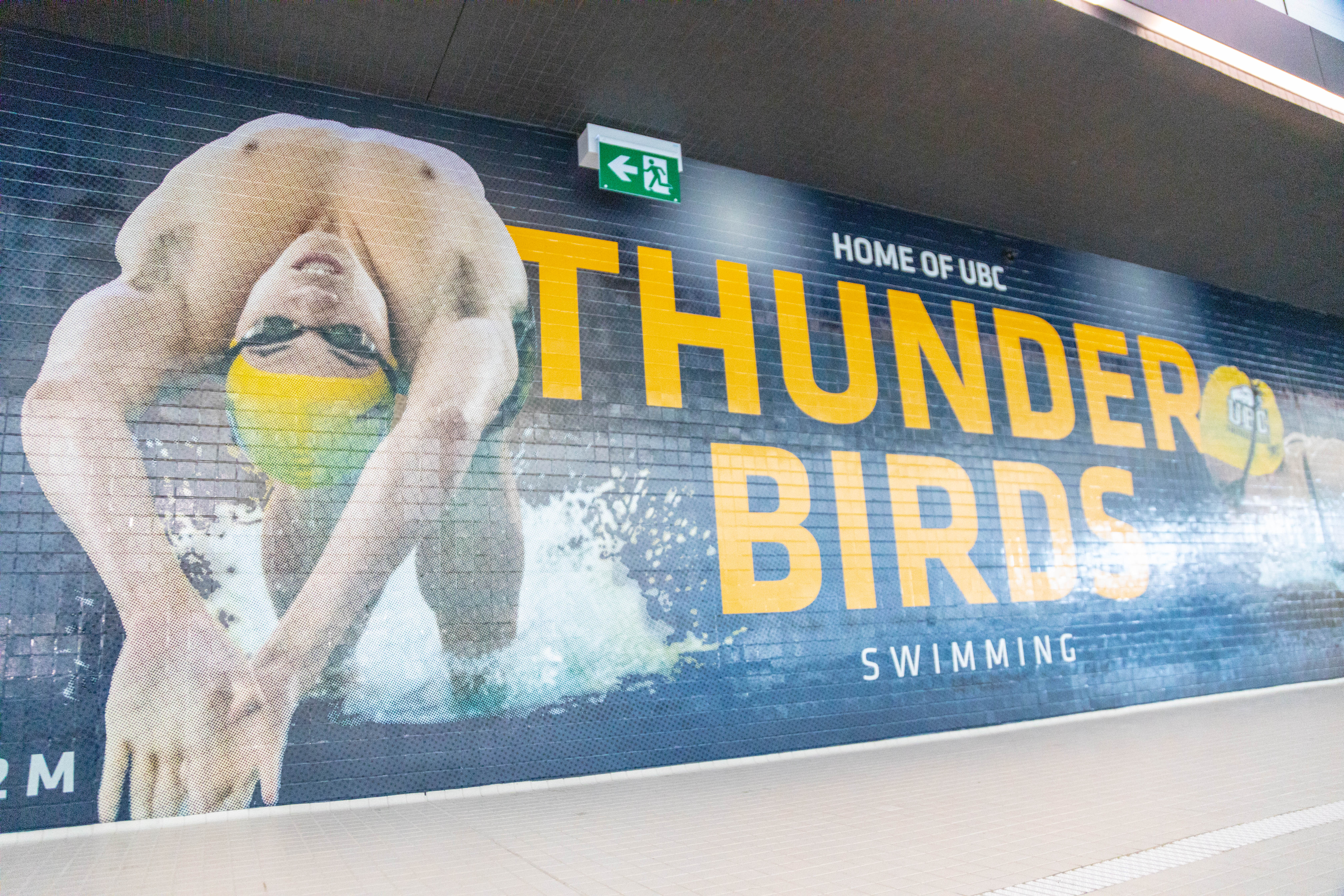 Many of the Thunderbirds athletes, including fifth-year butterflyer Josiah Binnema, are excited to be racing in their familiar pool.

“I know a lot of people have their roommates and stuff coming to see them. And of course that adds a whole ton of pressure. You don't want to lose [at] home. You've got to show your best. I think we're pretty good at that, as far as the swim team goes,” he said.

Binnema is also happy the races are taking place over reading week, allowing him and the other swimmers on the squad more time to focus solely on their racing.

“I highly prefer it [being over] reading week, just because you could get some sort of mental rest.... Coming into the meet, you can be fresh and ready to go and instead of sort of nonstop thinking on missing school or whatever.”

This is a big race for each individual swimmer on the ’Birds roster, but it’s a team championship as well, meaning that the swimmers are working together to strategically pick out races they know they can perform in to get the most points by the end of the day.

Until nationals, it’s planning that needs to be done as the ’Birds will face stiffer competition from rivals like the Varsity Blues or the Dinos than they have in recent seasons.

“I think for the men's team, I believe it's Calgary is the next closest. For the women's team, it's definitely Toronto. They've got Kylie Masse and Rebecca Smith, [who] are two really big names,” Binnema said.

The Varsity Blues’ Masse is probably the single biggest threat to UBC, seeing that she holds a world record in her signature event: the 100-metre backstroke — a feat she accomplished last year.

But the ’Birds do have some advantages over other teams going into this weekend. The races will be split in structure, going from a short-course, 25-metre pool in the mornings for preliminary heats to a long course, 50-metre pool for finals. It's a structure that is still relatively new to U Sports, which has been more traditionally associated with the short course, 25-metre structure in the past. But, the change will benefit the ’Birds, seeing that they themselves train in a facility that holds pools of both lengths. 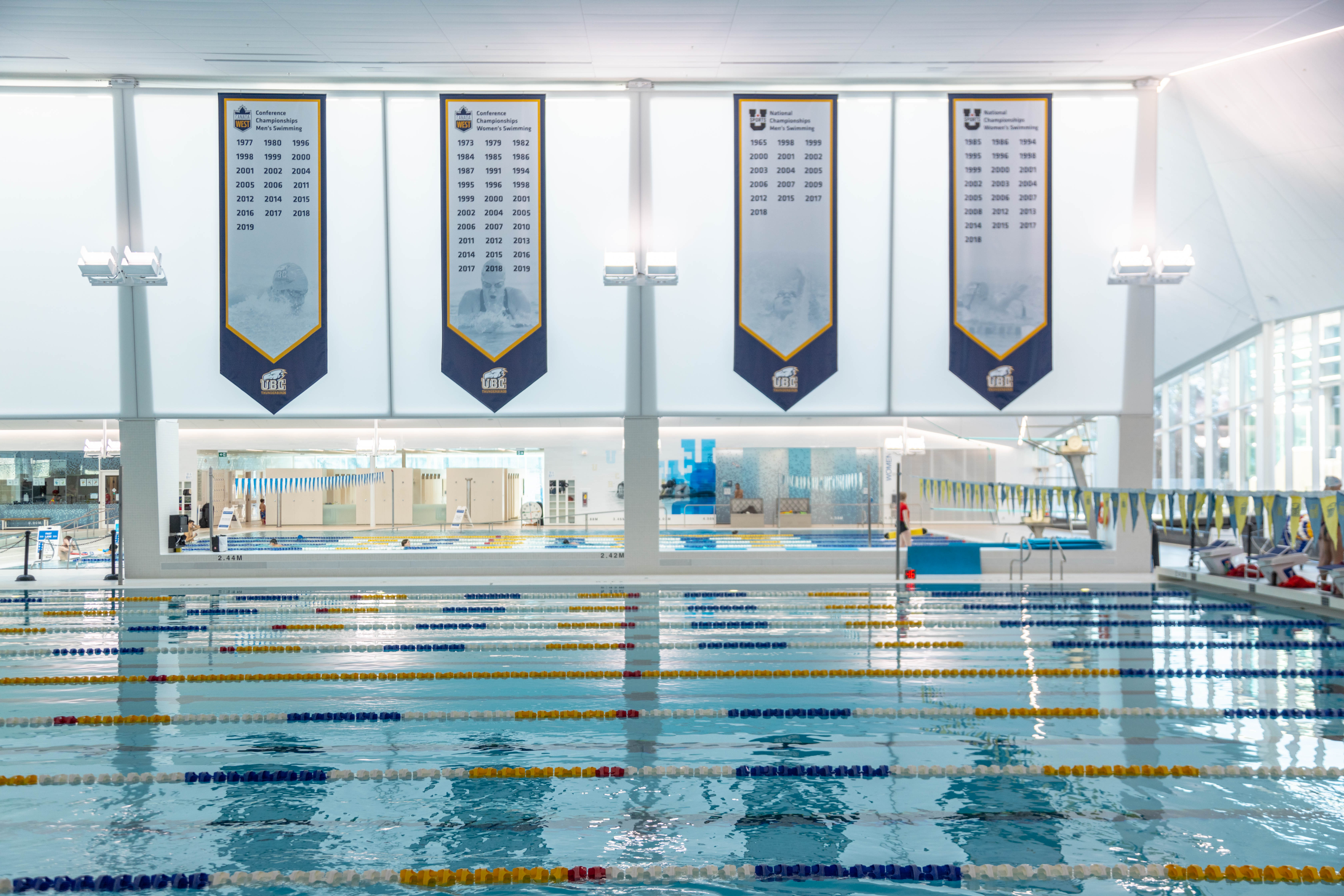 “I think overall it's sort of an advantage for us because we have a long course pool the training and a lot of these varsity swimmers haven't really raced long course since last U Sports that was long course” Binnema explained in regards to the competition format.

Advantages or disadvantages aside, at the end of the day it will be business as usual for the ’Birds. They are there to compete to the best of their ability, regardless of venue, date, or even experience on the team.

“I think that [the athletes are] sort of nervous and excited. I know Steve [Price] is also a bit on edge ... because he knows all the pressures there, but I think for a lot of the older swimmers, they sort of know it's more of a quiet confidence,” Binemma said.

Price was no different in his feelings towards the coming race weekend.

“They're there. They're positive they're confident they're they're being very professional they know they have a lot their work cut out for them and they're cautiously optimistic.”