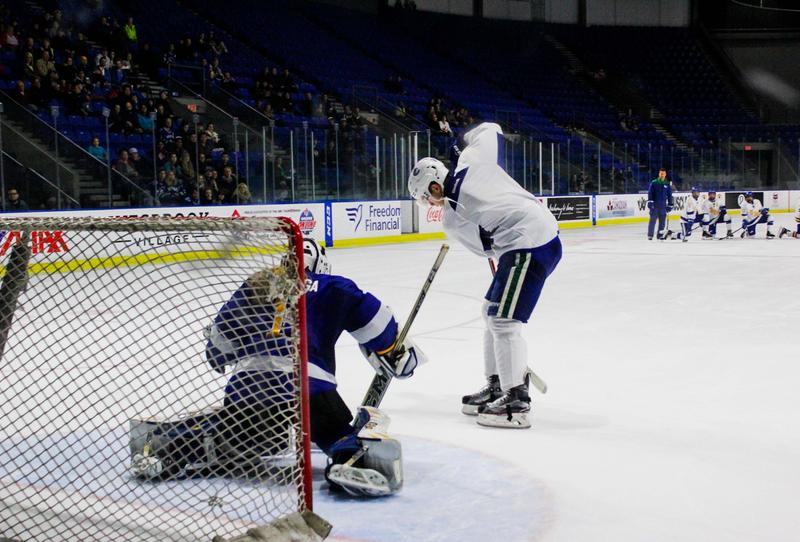 For many Canadians, it would be a dream come true to skate with their favourite professional hockey players. The UBC Thunderbird men’s and women’s teams were given that opportunity on Saturday, November 12, when they hosted the Vancouver Canucks at the Doug Mitchell Thunderbird Arena.

The event was held in order to raise money for UBC varsity hockey with tickets set at $45 for UBC alumni, faculty and community, and $35 for UBC students. With admission, attendees were given a voucher to redeem for a Canucks game ticket.

The event featured a Canucks open practice for the first hour. At noon, players from the men’s and women’s Thunderbird teams joined the NHL squad for a skills competition. Contestants were split into two sides that were mixed with Canucks and UBC players. The blue team consisted of Canucks centre Markus Granlund and UBC forwards Nick Buonassissi, Mathea Fischer and Cassandra Vilgrain. The white team was more star-studded with the likes of Bo Horvat, Brendan Gaunce and Nikita Tryamkin in the lineup. Thunderbirds top-scorer Anthony Bardaro was also part of the squad.

The competition consisted of an elimination shootout, a shooting drill and a 3-on-0 drill against UBC goalies Matt Hewitt and Danielle Wierenga.

At the end of the event, a $26,917 cheque was presented to UBC men’s coach and former Canuck Sven Butenschon and Kavie Toor, the director of facilities and business development. The money will go towards the university’s hockey scholarship program.

Canucks goaltender Ryan Miller opened up about the opportunity to give back to the UBC community.

“We use this facility a fair amount,” said Miller. “It’s good for us to come and interact a little more. I think it opens things up to a different part of town.” 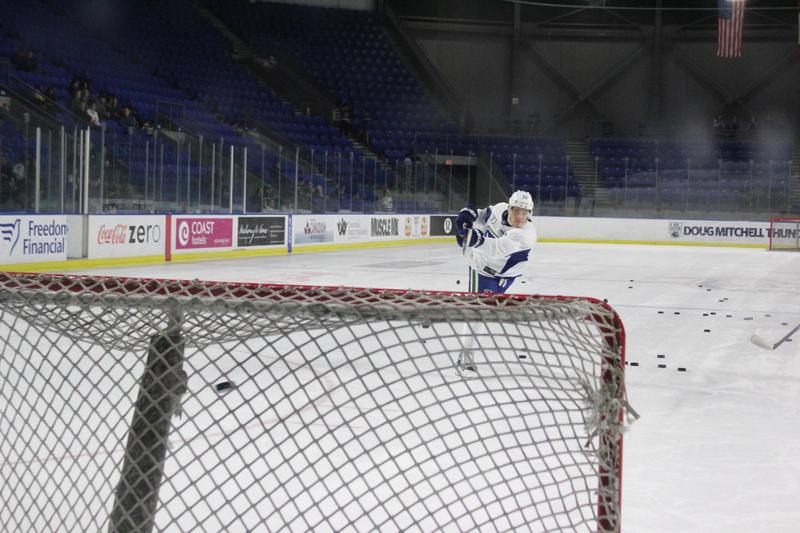