Welcome to the Thunderdome: Women’s soccer triumphs over Western Washington 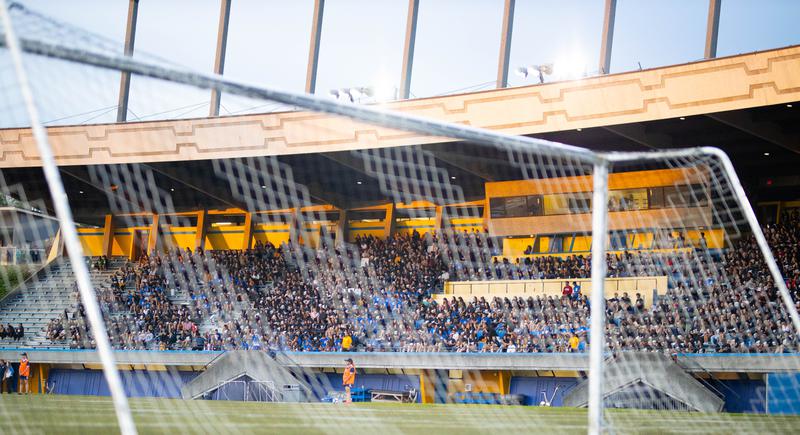 August was a long month for the UBC Thunderbirds women’s soccer team as they faced off against a number of National Collegiate Athletics Association (NCAA) Division I teams, most notably The University of Oregon Ducks, Oregon State Beavers, University of Portland Pilots, Seattle University Redhawks and the Portland State Vikings.

The ’Birds would drop all those games, save for a 0–0 tie against Portland State. UBC kept up with almost all of their NCAA opponents and were hungry for a victory, but the team still needed an extra push.

They got it when they came home to Thunderbird Stadium after playing the last five games on the road. A packed crowd of 3,013 people, mostly Jumpstart attendees, transformed the stadium into a relative ‘Thunderdome’ as the ’Birds prevailed with a 2–0 victory over the Western Washington Vikings. 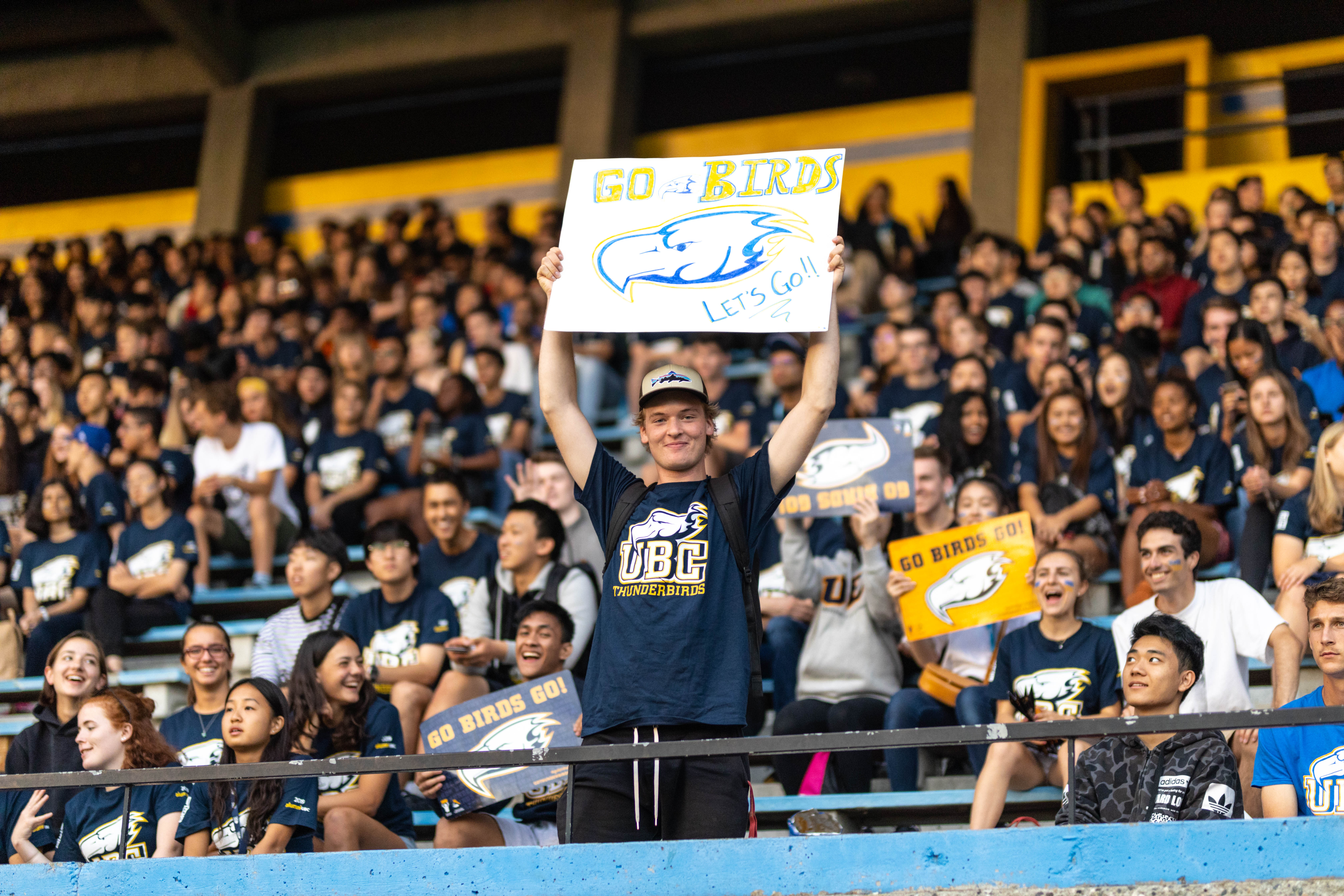 “Having a crowd here at UBC is fantastic. We’re a school that can have that culture and not just for soccer but for all our sports. We have teams that are perennial national champions and to have this sort of culture at our school, I think it’s going to create a great party atmosphere and really create an identity at UBC,” Head Coach Jesse Symons said about the energy at last night’s game at Thunderbird Stadium.

“We had a few first-year players step in today. To have a culture at this school with this environment just lifts us to that next level and in those tight games that we need to win, having a crowd like that is gonna help us do that, and hopefully this continues this season for all our sports,” he added. 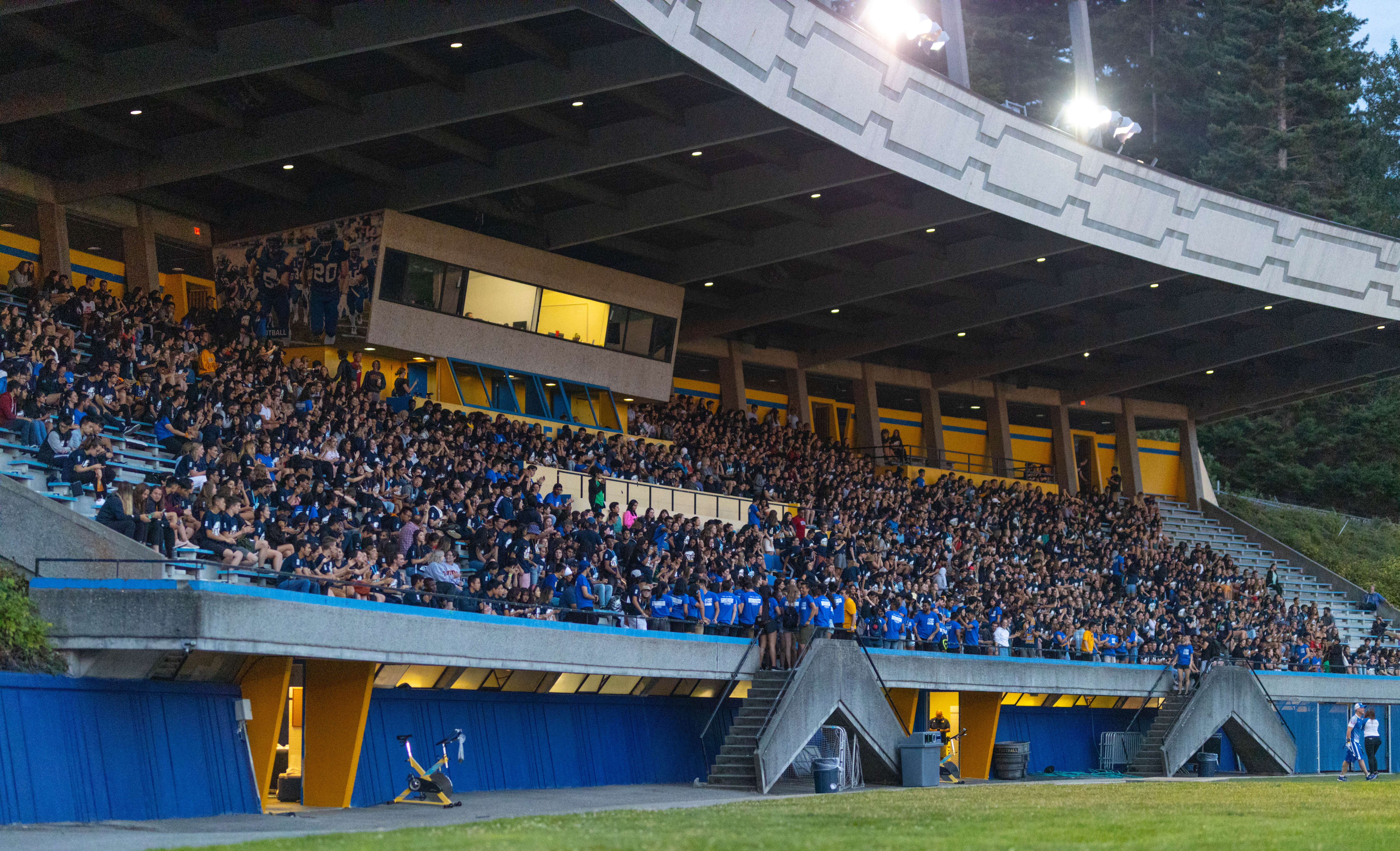 The game was hard-fought from the beginning all the way to the final whistle, with play remaining in the middle of the field as both teams fought for possession.

It wasn’t until the 38th minute off a pass from Natasha Klasios that Thunderbirds star Danielle Steer buried one past the Viking’s keeper to give the ’Birds a 1–0 lead going into the second half.

Unlike the 38 minutes it took in the first half, the ’Birds scored after just 10 minutes in the second thanks to an unassisted effort from rookie Katalin Tolnai. 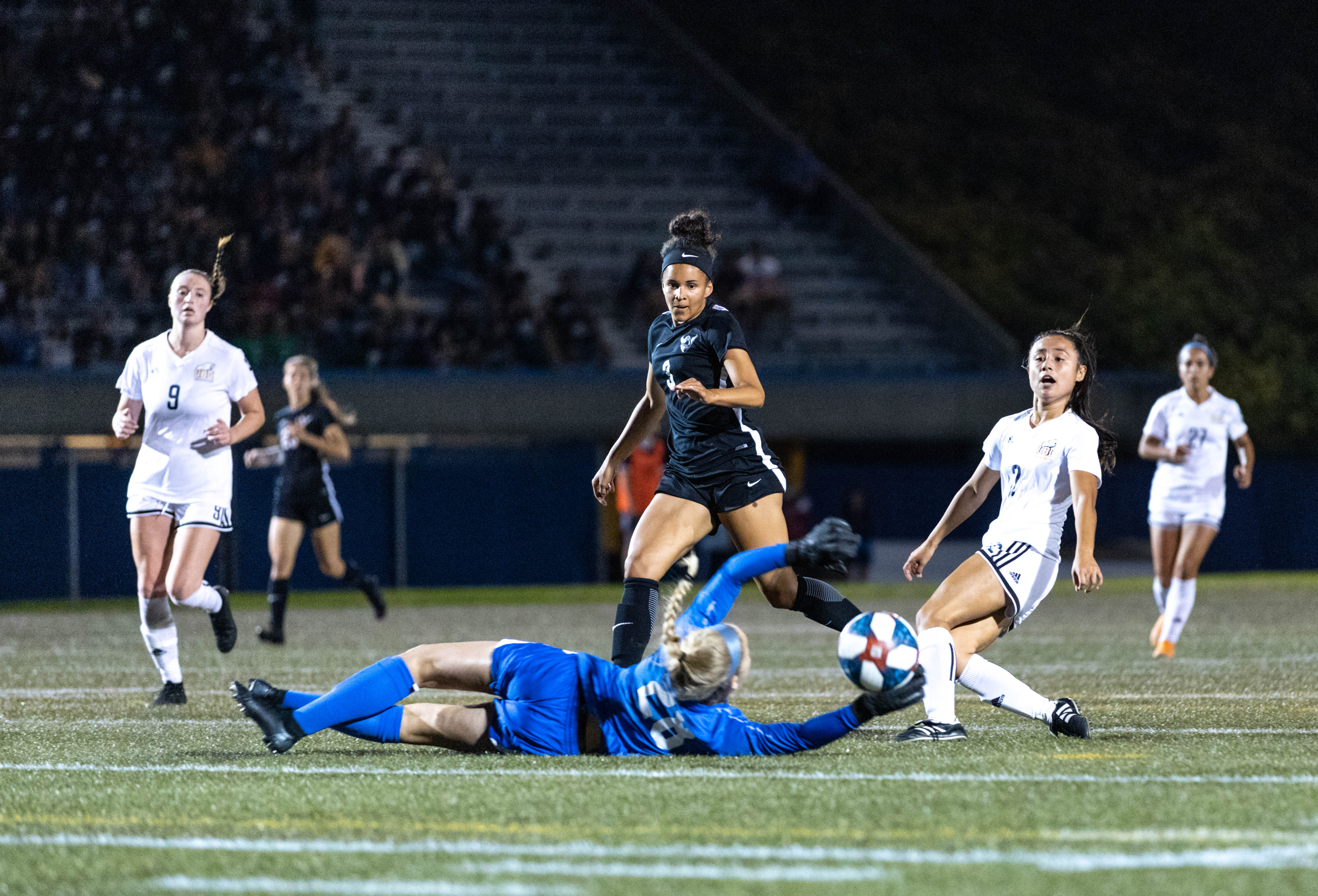 UBC veteran keeper Emily Moore stole the show with eight stops against the persistent Vikings squad en route to her first shutout of the season.

“Western [Washington] is a great program that is constantly winning their division and they had some very, very good players up front. Credit to our team at the back, I thought Anisha [Sangha], Amelia [Crawford], Sabrina [Anderson] and Jacqueline [Tyrer] managed those players very well tonight which is an exciting thing going into this season,” Symons added.

His team will now prepare to kick off another Canada West season against their rivals the Trinity Western University Spartans on Friday, September 6 at Thunderbird Stadium.