ICYMI: How T-Birds performed at Tokyo 2020 Olympics up to today

With the time difference, it is difficult to watch the events live on broadcasts, but here are the summary of how T-Birds have been performing thus far.

By Ubyssey Sports Staff  ·  Aug. 3, 2021, 3:35 p.m.
Since the one-year delay of the Tokyo 2020 Olympics, the summer Olympic games began on July 23 with the Olympic opening ceremony. File Jasmine Foong

Since the one-year delay of the Tokyo 2020 Olympics, the Summer Olympic games began on July 23 with the Olympic opening ceremony. With the time difference, it is difficult to watch the events live on broadcasts, but here are the summary of how T-Birds have been performing thus far.

This event marked the first women’s rowing gold since Kathleen Heddle won double sculls with Marnie McBean in Atlanta in 1996. It would also be the first Olympic medal for UBC alumna Kit, who first represented Canada on the world stage with the women’s eight at the 2009 U23 World Rowing Championships.

The race was a close one. The Kiwis had won in the heats and in the final Canada came in at 5:59.13, 0.91 seconds ahead of New Zealand after racing side-by-side for 2 kilometres. China came in behind New Zealand, winning bronze. At the podium, Kit was ceremonially tossed into the water, celebrating a golden moment for Canadian women’s rowing and the third gold medal for Canada at the Tokyo 2020 Olympics.

Those swimming in the 4x100m medley relay final were Kylie Masse, Sydney Pickrem, Margaret Mac Neil and Oleksiak. They earned a bronze medal with a time of 3:52.60. Sanchez was awarded a medal for helping the team qualify for the final.

Sanchez earned a silver medal alongside her teammates Oleksiak, Mac Neil and Rebecca Smith in the 4x100m freestyle relay. In the last 50 metres, it was clear that Canada and the United States were fighting for second place. Oleksiak anchored the relay and pushed the United States into third place. Australia broke the world record with a time of 3:29.69 in this event and won gold. 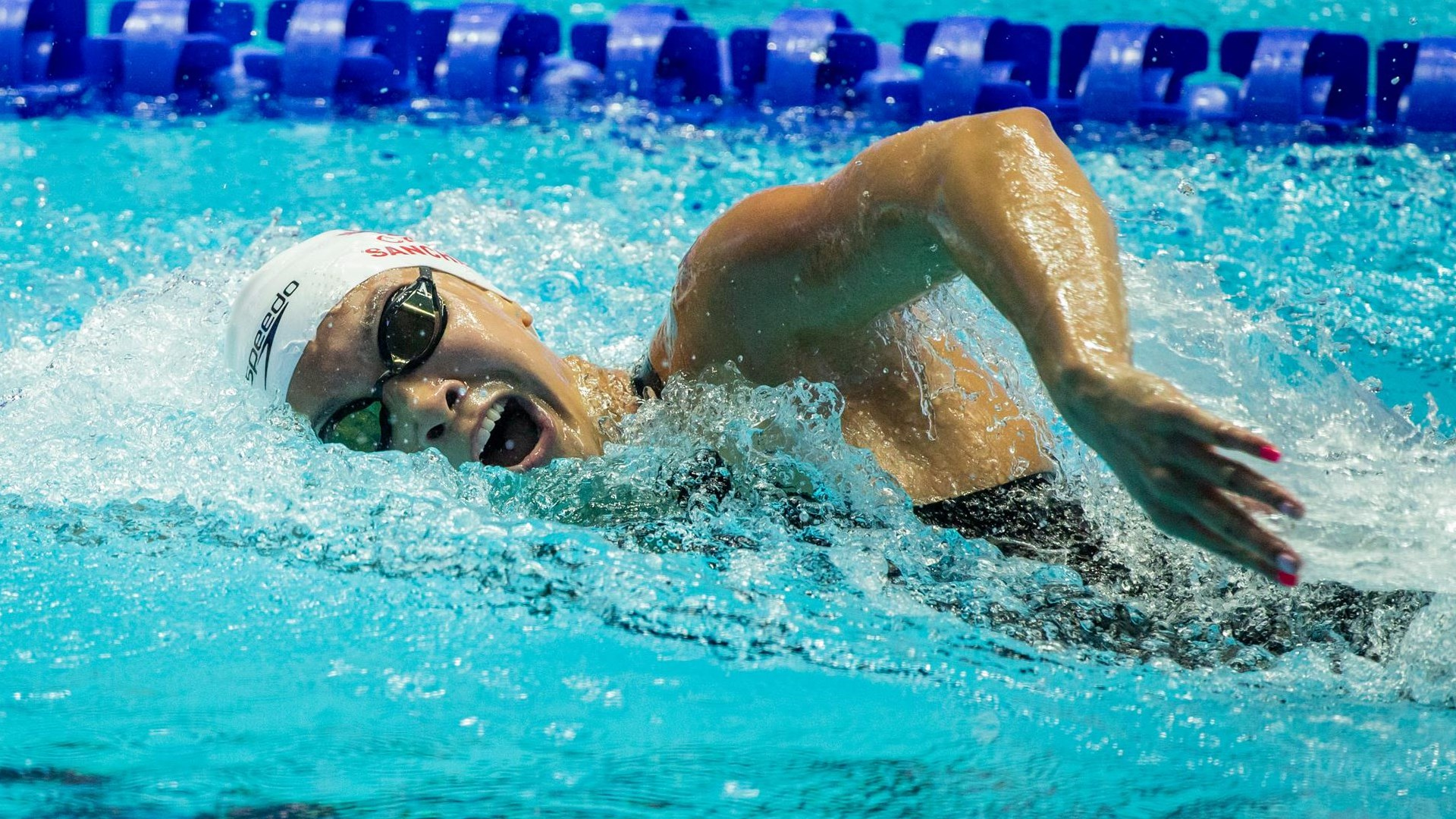 T-Bird Hillary Janssens from Surrey, BC and Caileigh Filmer from Victoria took bronze in the women’s rowing pair on July 29. They finished with a time of 6:52.10, behind Grace Prendergast and Kerri Gowlder of New Zealand who won gold (6:50.19) and the Russian Olympic Committee’s Vasilisa Stepanova and Elena Oriabinskaia (6:51.45).

Janssens and Filmer led after 500 and 1000 m during the race, but were eventually passed by New Zealand and Russia. Though they were challenged by Britain and the threat of coming in fourth place in the last quarter of the race, they finished strong and retained their third place.

Janssens and Filmer had teamed up back in 2018 to win the World Cup gold in Belgrade, coming in ahead of New Zealand by more than two seconds. Carrying home bronze from the Tokyo 2020 Olympics, this will be the first medal in Canadian women’s rowing since Kathleen Heddle and Marnie McBean’s gold in Atlanta in 1996. 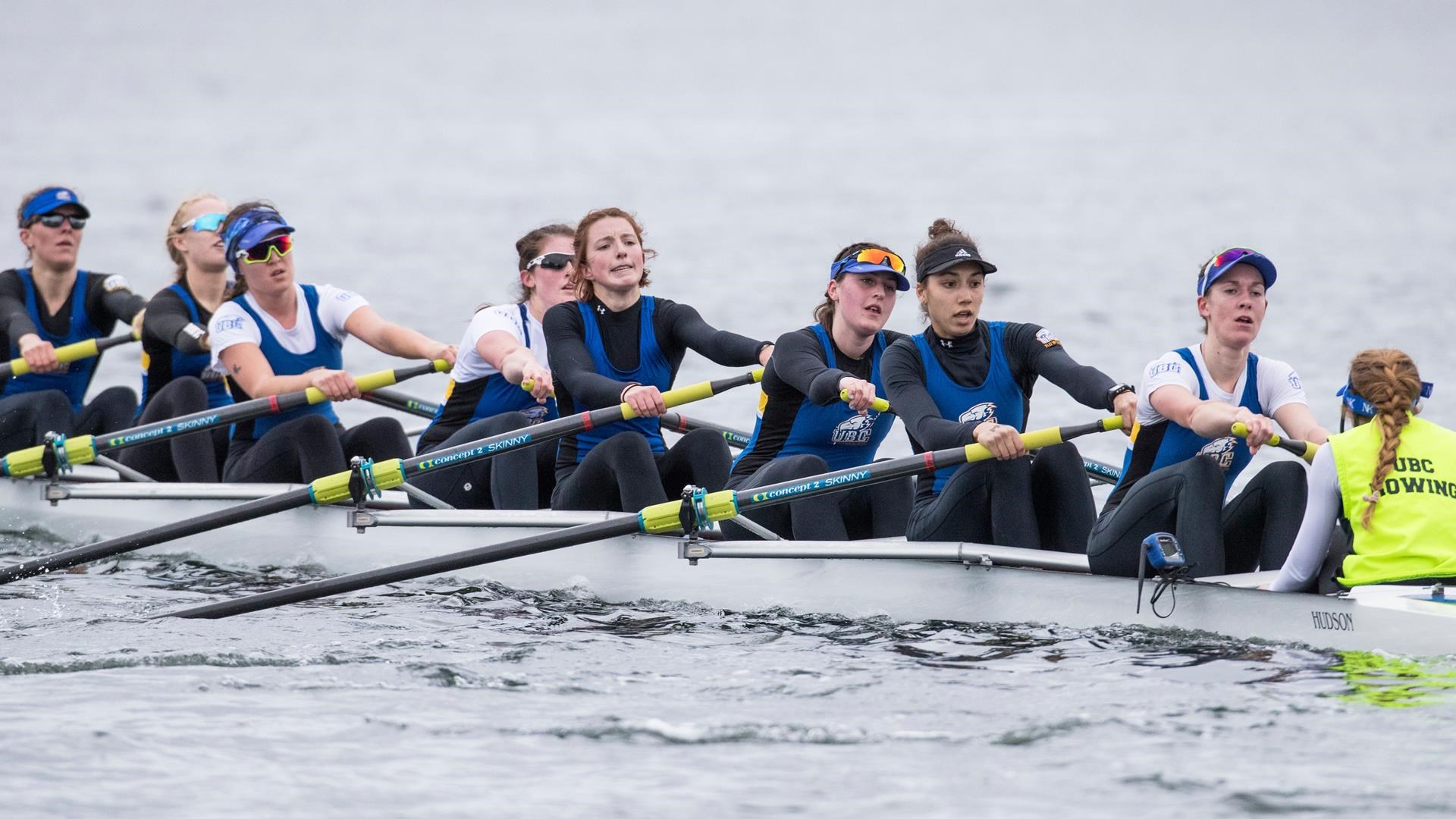 This will be the first medal in Canadian women’s rowing since Kathleen Heddle and Marnie McBean won gold in Atlanta in 1996. Courtesy Kevin Light

This would be the second Olympics in a row that 2018 grad Maxwell Lattimer qualified for, representing Canada in the Lightweight Men’s Double Sculls competition at Sea Forest Waterway in the Tokyo Bay.

In a strong heat, Lattimer and his partner Patrick Keane finished third out of six boats. This meant that they fell to the repechage, a “wild-card” system that allowed them to compete for a place in the semi-finals. There, Lattimer rowed to a solid second place finish, meaning that Canada secured their spot in the semis.

It would be a strong effort from Max and Patrick, but their boat came in fourth in the semis. They would be shuttled into Final B, which placed the athletes from 7-12. Coming home in fourth in their final, Max finished his second Olympics as the tenth fastest boat in the Lightweight Men’s Double Sculls class. 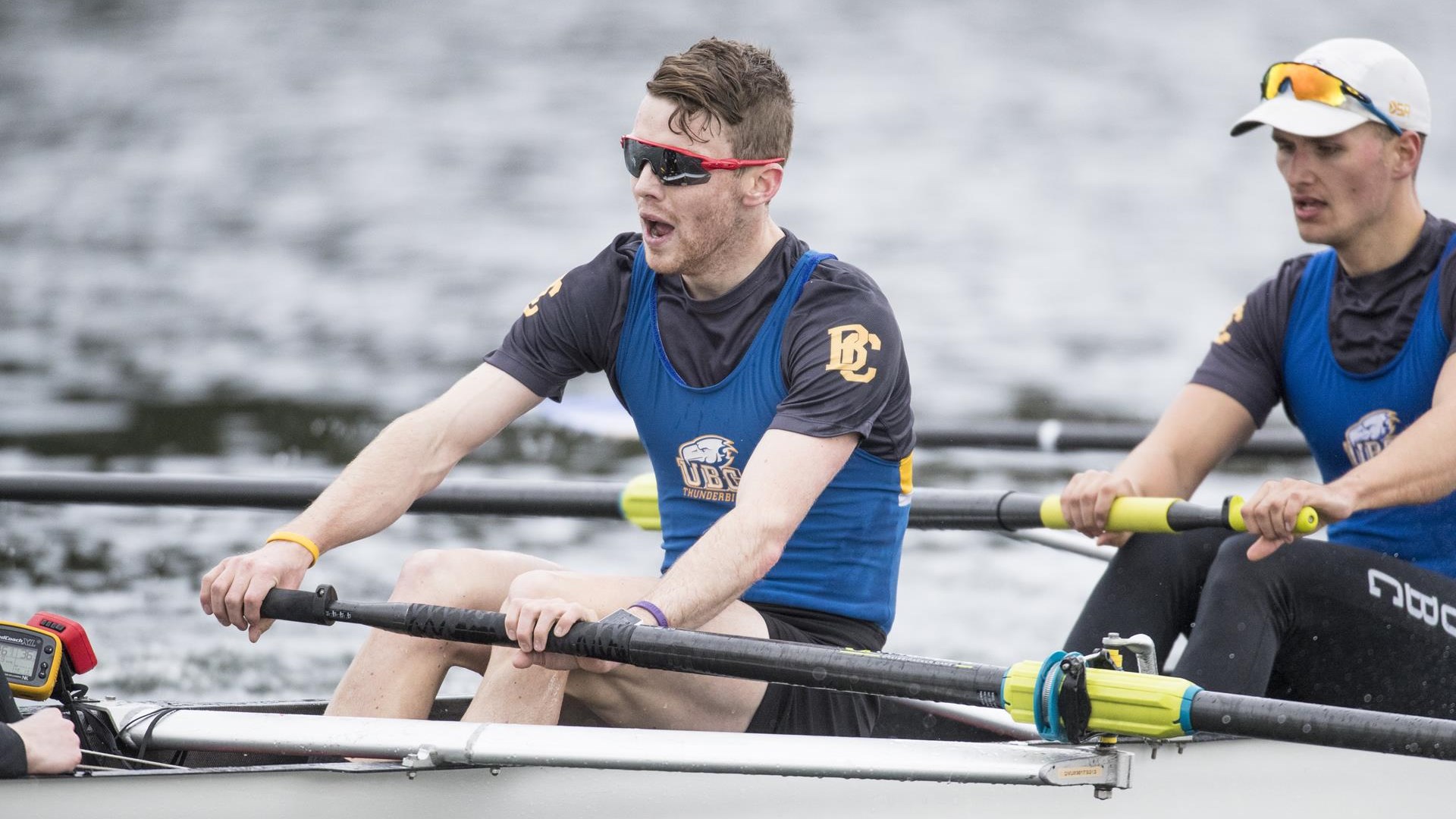 On July 25, Thormeyer competed in heat 6 of the 100m backstroke, posting a time of 53.80, placing 19 overall and failing to move forward.

The next day, Thormeyer swam the final leg of the men’s 4x100m freestyle alongside fellow Thunderbirds Brent Hayden and Yuri Kisil (Joshua Liendo of Markham, Ontario was the fourth man on the team). Thormeyer posted a time of 48.17, and the team posted a total time of 3:10.82, finishing 0.62 seconds behind bronze medal team Australia and setting a new Canadian national record.

On July 30, Thormeyer headed the Canadian team in the men’s 4x100m medley with teammates Liendo, Kisil and Gabe Mastromatteo, posting 53.66 for a team total of 3:32.37, which placed the team in the eighth qualifying spot for the finals. In the finals on August 1, Team Canada finished seventh with a time of 3:32.42, with Thormeyer swimming the first leg in 53.69 seconds. 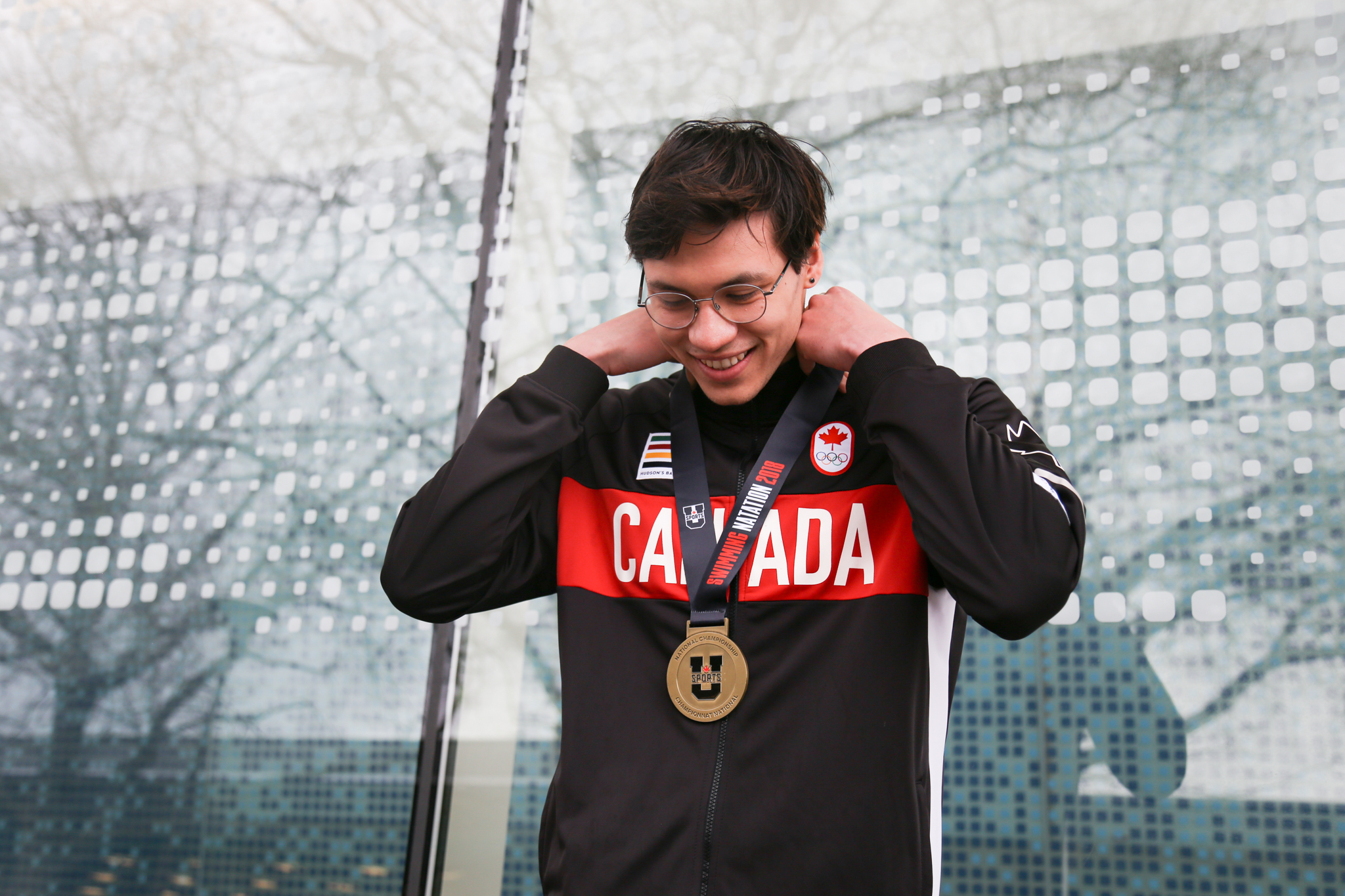 T-Birds alums Phil Berna, Andrew Coe, Harry Jones and Theo Sauder were included in the Team Canada Sevens roster. Having all previously played for the Canadian national team on the World Rugby Sevens Series, it was an experienced team that traveled to Japan.

Rugby Sevens is a shorter, faster paced version of Rugby Union, where teams play with 7 players a side in two seven minute halves. The event made its debut during Rio 2016, the first time rugby of any form had been played at an Olympics since 1924.

Canada was drawn into a tough Group B, where they would be facing against the defending gold medallists in Fiji and the runners up in Rio Great Britain. Rounding out the pool were the hosts Japan, who finished fourth in the past Olympics.

It would be a tough first match against Great Britain, the Canadians being shut out in a 24-0 loss. They put up a better showing in their next match, but still fell to the Fijians in a tough fought 28-14 defeat.

Against the hosts though, Canada found their stride, winning in convincing fashion by a score of 36-12 to round out the group stage. Sauder and Berna found the in-goal areas, scoring tries that helped put the game out of reach. With this result, Canada found itself in the quarter-finals, facing off against the mighty All-Blacks Sevens of New Zealand.

It would be a rude awakening for the Canadians in the quarterfinals, finding themselves down 21-0 by halftime. Though they made a second half push, Harry Jones’ last second try proved all for naught as Canada fell 21-10. Jones found the scoresheet again the next match against rivals USA, but it was another 21-14 loss, which put Canada into the 7-8th placing game against Australia. They finished off their Olympic campaign with a 26-7 defeat, placing 8th in the Tokyo 2020 Olympics. 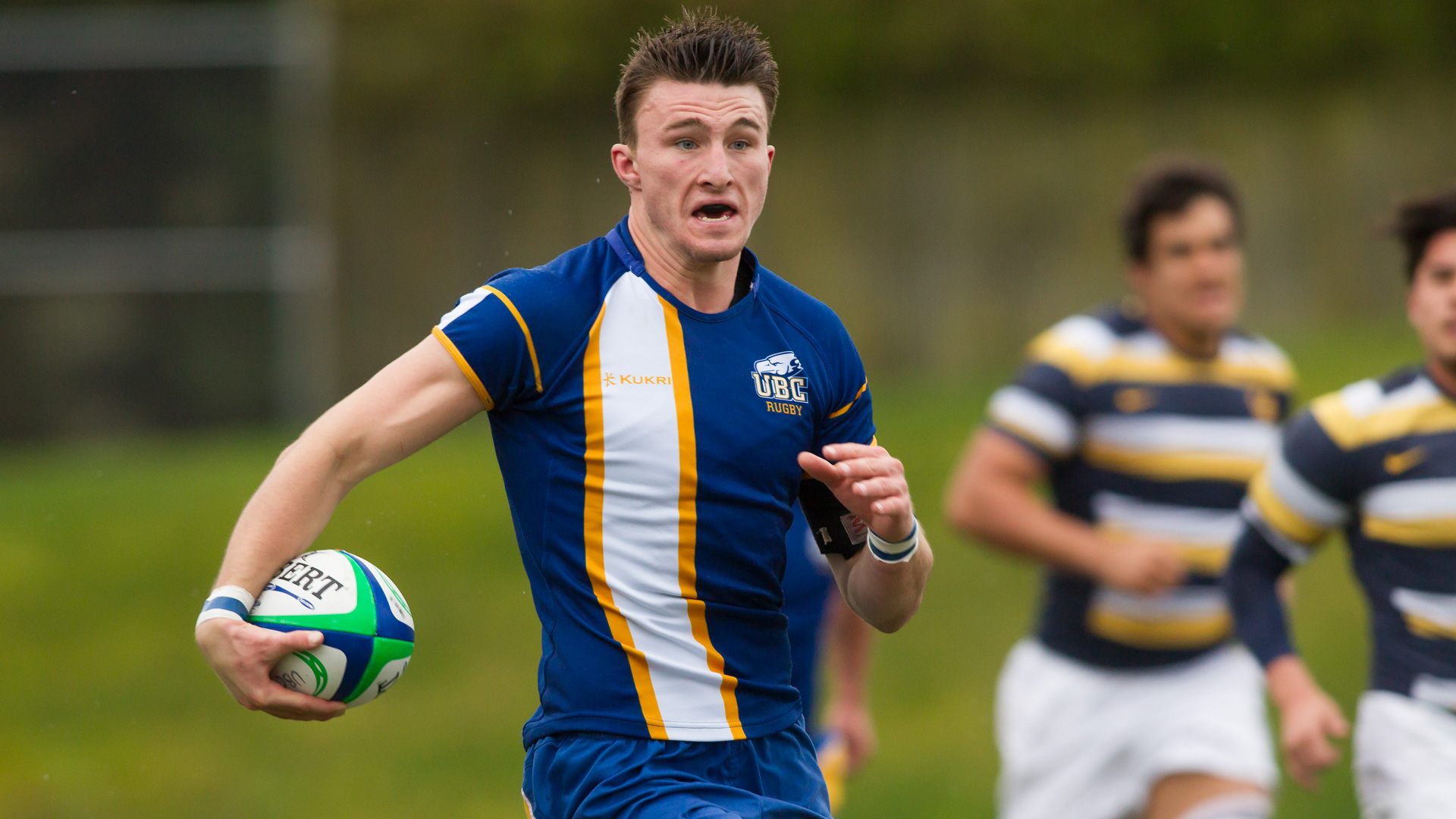 Brent Hayden, often considered Canada’s fastest swimmer in history, came out of retirement at the age of 37 with the goal of qualifying for the Tokyo 2020 Olympics. Training out of UBC, the freestyle specialist met the Olympic standard time with ease at the Canadian national championships, winning the 50m freestyle.

Hayden looked no worse for wear as he and his teammates, including fellow T-bird Markus Thormeyer, entered their first event, the 4x100m freestyle relay. An admirable effort saw the Canadians finish in fourth, meaning that they were able to progress to a final that no one thought they would be competing in. The underdog story didn’t stop there, as Canada only just barely missed out on a medal, finishing 6 tenths behind the Australians. Hayden’s relay team did set a new Canadian record in the process, leaving it all out there.

The next event Hayden competed in was the 50m freestyle. Though it had been 9 years since his last Olympics, the veteran did not seem to not miss a beat, making it out of his heat and into the semis. Though he swam strongly, Hayden came up just short, missing out on the final by 7 hundredths of a second.

The Field Hockey tournament is divided into two stages: the group stage and the knockout stage. In the group stage, the twelve qualifying teams were placed into two pools of six, and each team played against every team in their pool; the top four teams from each pool moved forward into the knockout stage, which features the traditional format of quarterfinals, semi finals, and finals.

The team’s fifth game against South Africa on July 29 ended in a 4-4 draw. Pereira, Pearson and Boothroyd each scored a goal in Canada’s final game of this Olympic run.

Canada was eliminated after the group stage, finishing dead last in twelfth place. 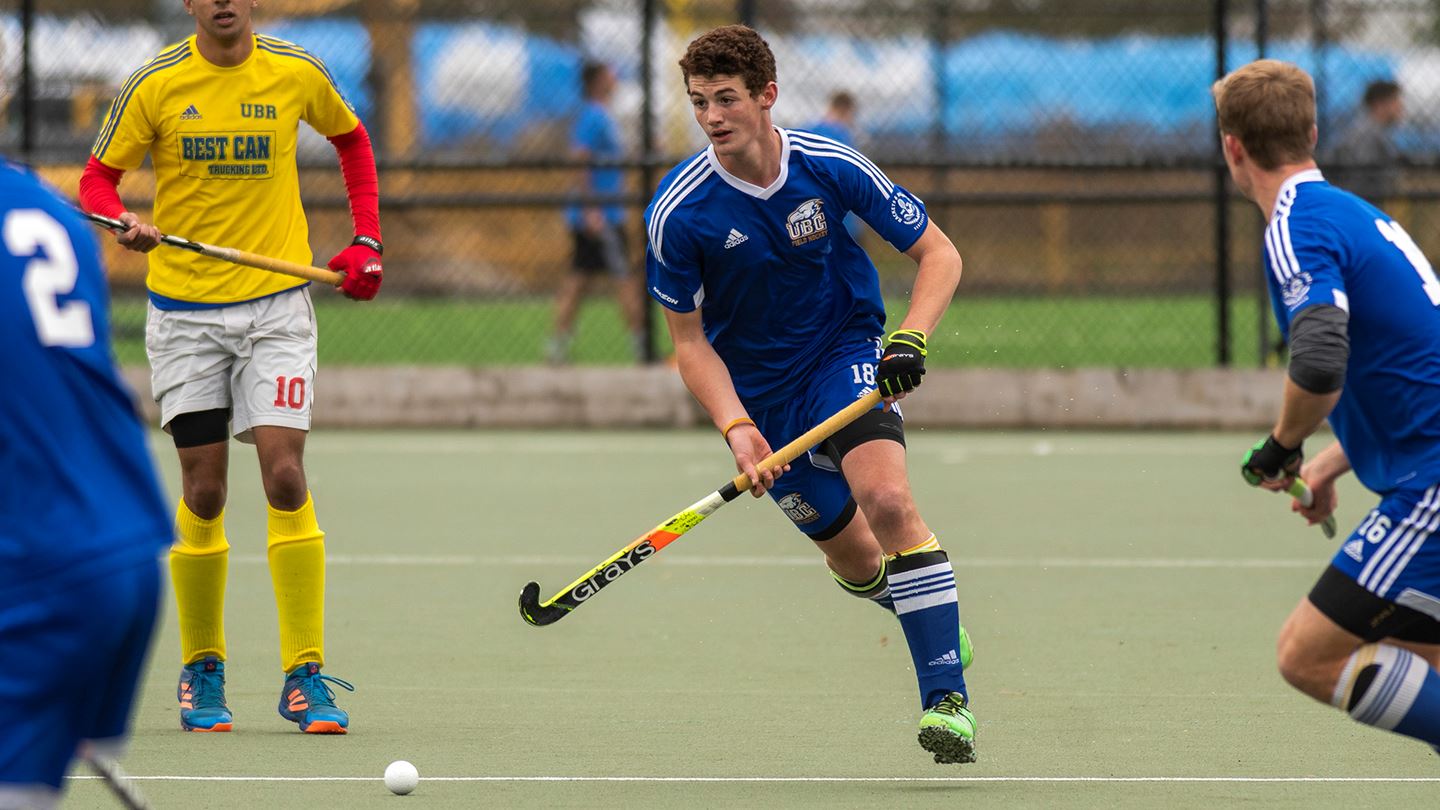 13 of the 16 athletes on Canada’s Men’s Field Hockey team at the Tokyo Olympics are T-Birds. Courtesy UBC Thunderbirds

Jessica Sevick made her Olympic debut during the Women’s double sculls competition in Tokyo. Prior to the Olympic Games, Sevick won gold in women’s single sculls at the Pan American Games in 2019. At the qualifier, Canada competed against Romania, Italy and the Russian Olympic Committee for a spot in the semifinal. Sevick and teammate Gabrielle Smith placed second behind Romania with a time of 6:57.29. In the semifinal, Sevick and Smith placed second with a time of 7:09.44 and moved on to the final.

The final took place at Sea Forest Waterway on July 27th with Sevick and Smith in lane two. Up against Canada in this 2000m race was Romania, Lithuania, the Netherlands, the United States of America and New Zealand. At the 500 metre mark, Canada is in sixth place and 3.66 seconds behind the Romanian lead. In the last 500 metres, Romania continued to lead with Lithuania, the Netherlands and New Zealand fighting for second place. Savick and Smith finished in sixth place with a time of 6:53.19, just 0.21 seconds behind the United States of America. Romania’s Nicolete Ancuta-Bodnar and Simona Radis won gold (6:41.03) and New Zealand’s Brooke Donoghue and Hannah Osborne won silver (6:44.82). 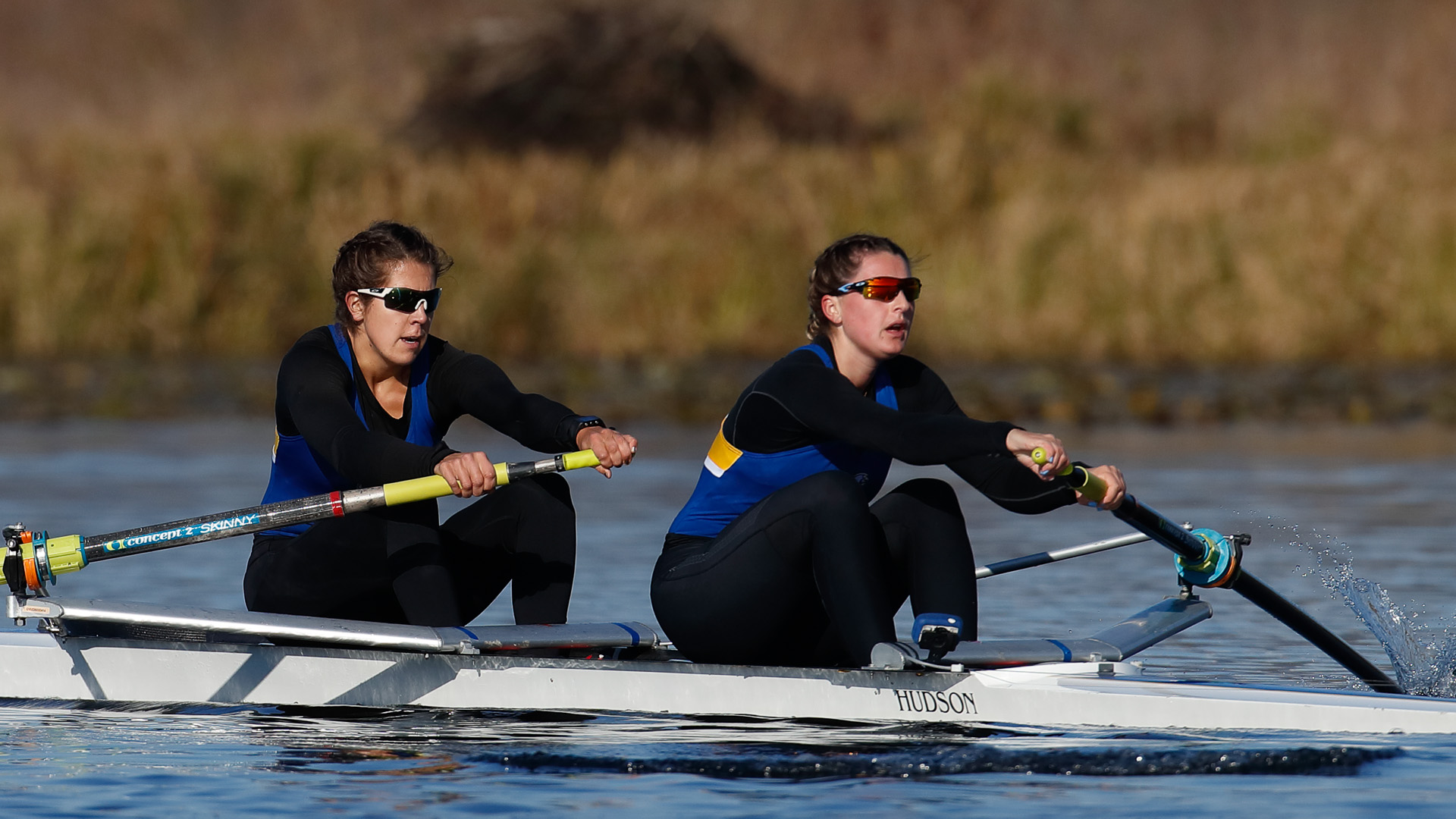 Phil Jalalpoor, the UBC Thunderbirds alumnus who played for the Men’s Varsity Basketball Team from 2015 to 2018 represented his home country Islamic Republic of Iran as a point guard at the Tokyo 2020 Olympics.

Jalalpoor played 9 minutes during their first game in the Preliminary Round against Czech Republic and was able to make one three-pointer from the perimeter, which added up to their total points and helped his team to come very close to securing a win with the final score of 78-84.

On July 27, Team Iran played against Team USA. In the 11 minutes spent on the floor competing with the top basketball players from the USA including his favorite idol Damien Lillard, Jalalpoor was able to contribute 4 rebounds and 3 assists and no turnovers. The final match ended with 66-120.

Then Team Iran went on to play against Team France on July 30, 2021. Jalalpoor played 19 minutes. His good communication, awareness and his active play in their 2-3 zone defense helped his team keep the scores close in the late 4th quarter. 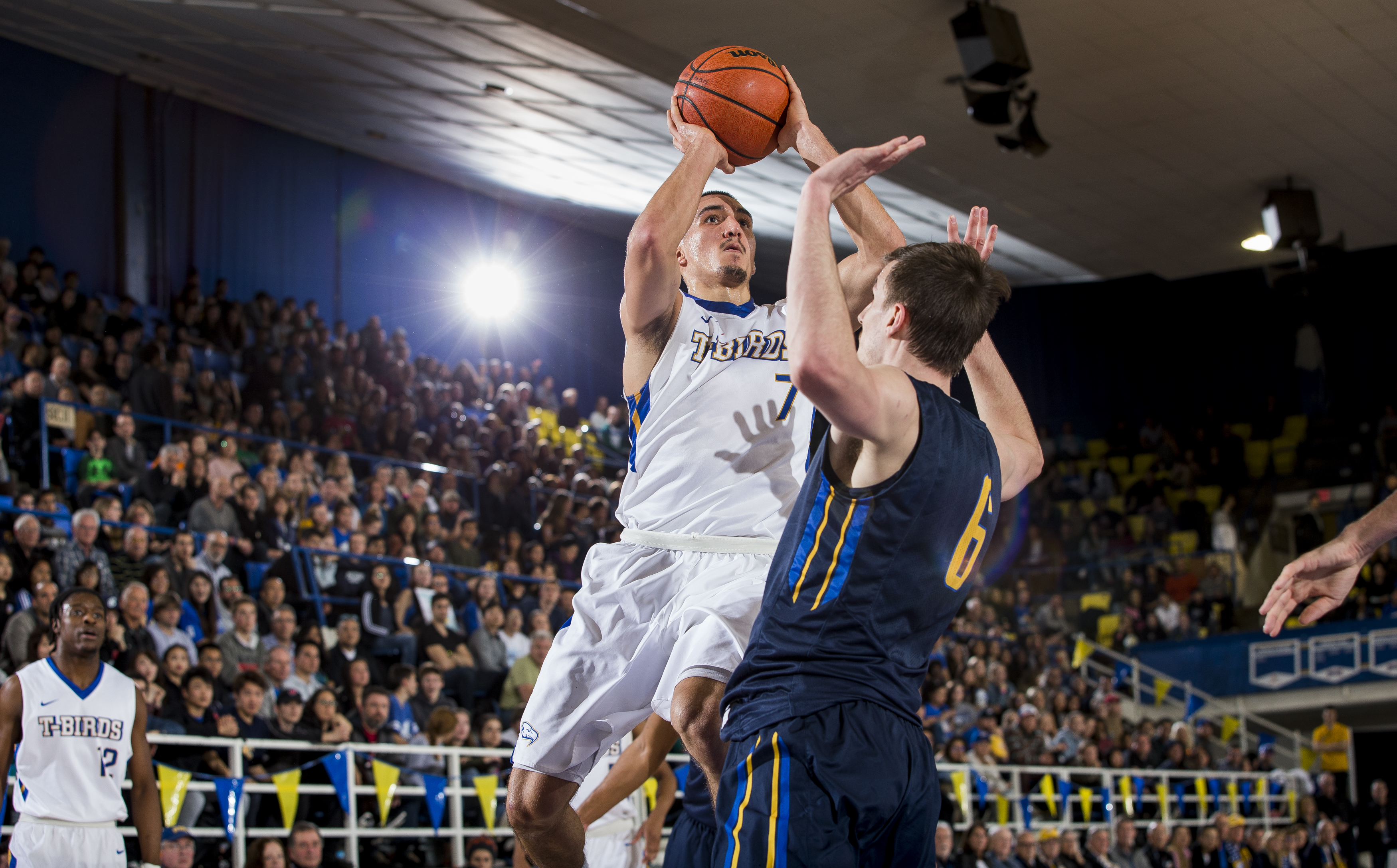 Another product of the strong swim team at UBC, Hoi Lam Karen Tam represented Hong Kong in the pool at Tokyo. She was the leadoff leg of the Women’s 4x100m Freestyle relay, swimming in a heat that featured the likes of the USA and Great Britain.

Unfortunately, Hong Kong finished dead last, and did not progress on to the semi-finals. The recent grad only competed in this event. 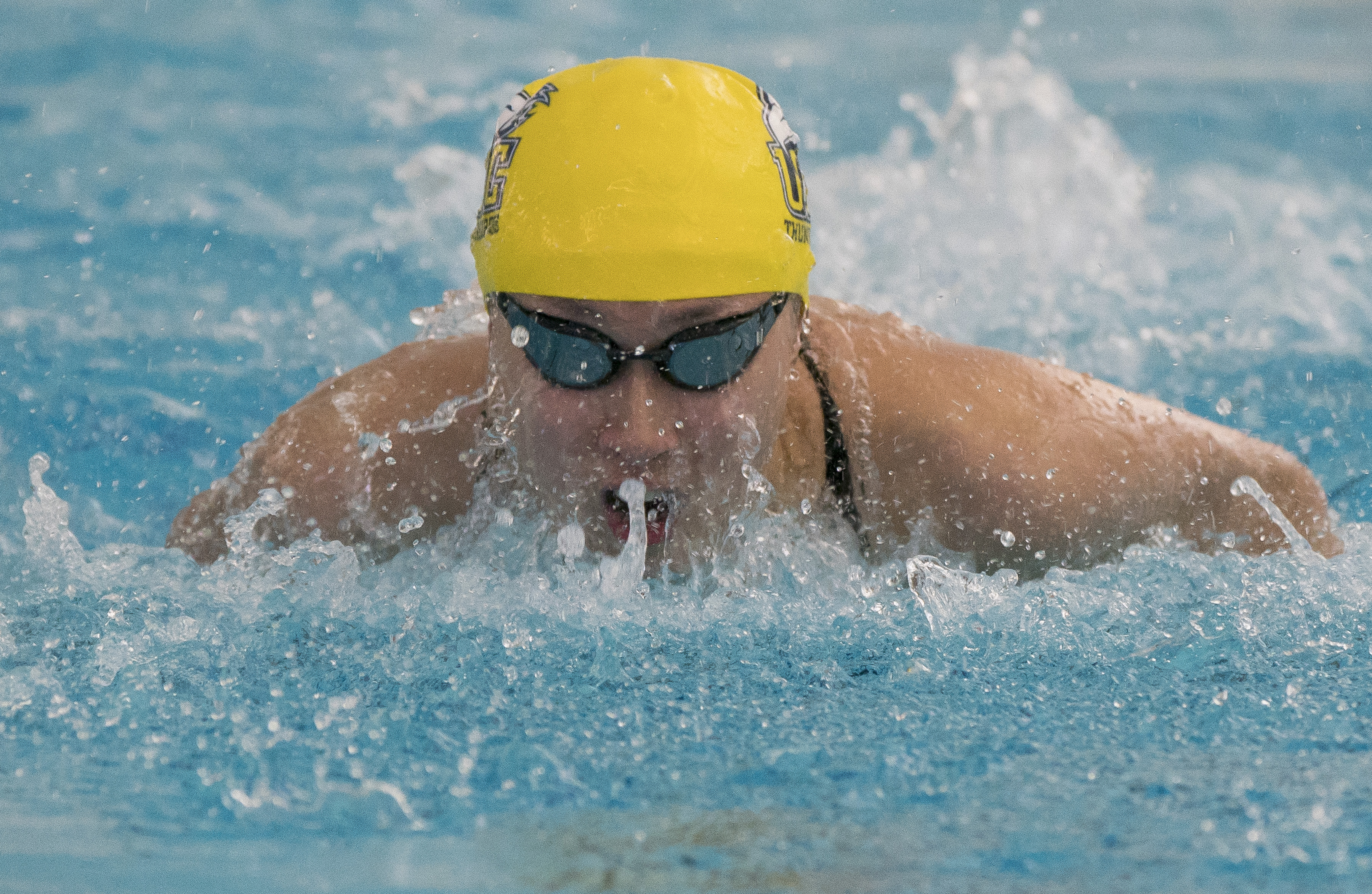 The last day of the Tokyo 2020 Olympic Games is August 8.