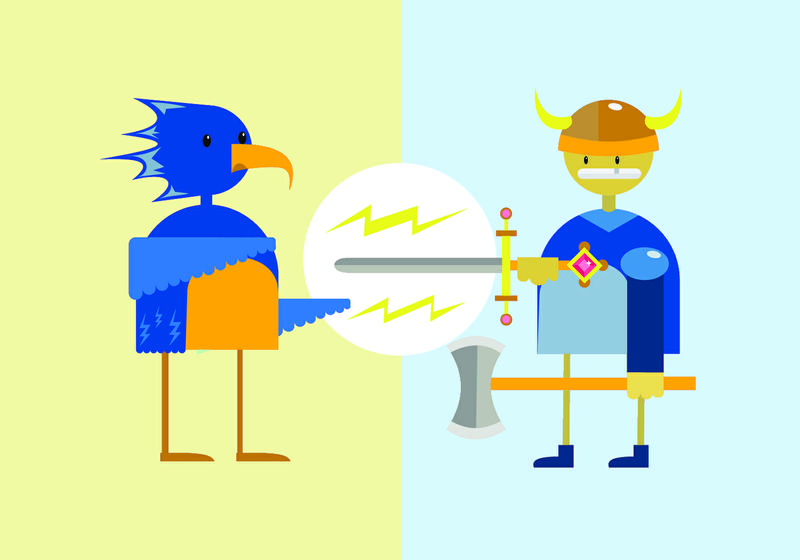 The longstanding competition between UVic and UBC continues. Claire Lloyd

It’s a new year for varsity, and with that comes a change to our regularly scheduled sports programming: a new title up for grabs.

On August 28, UBC and the University of Victoria (UVic) Athletics departments announced the launch of the Legends Cup Series which intends to highlight the continued rivalry between the two West Coast schools. And, with any sports series, there is hardware up for grabs: the Legends Cup trophy.

Varsity teams from six sports — soccer, rugby 15s, basketball, field hockey, cross-country and rowing — will be involved in the series. For each event between the two schools in each individual sport (be that a men’s or a women’s game), a tie will result in one point for each school, while a win will give the vanquishing school a two-point advantage in the ongoing points tally.

At varsity season’s end, whichever school has the most points will hoist the inaugural Legends Cup trophy.

“We look forward to the inaugural season of competition for the Legends Cup which should add even more pride and celebration to an already long-standing rivalry between UBC and UVic varsity athletics,” said Senior Athletics Director for UBC Gilles Lepine at the series launch. “There is such a rich history of varsity athletic success enjoyed by both universities and the opportunity to win the Legends Cup will only heighten the competition while also enhancing the atmosphere around regular season games between the T-Birds and Vikes.”

“I first experienced the UBC versus UVic rivalry 38 years ago when I came across the water as a young guy with a couple of buddies to watch my first university basketball game,” said UBC men’s basketball head coach Kevin Hanson. “Since that game I’ve had the opportunity to be involved in 77 games between UBC and UVic. They’re always memorable games and every year those contests are highlighted on my calendar. It is a great and respectful rivalry that will continue for many years to come.”

The Cup opened on Saturday afternoon, with the UBC women’s soccer team claiming the first win of the series.