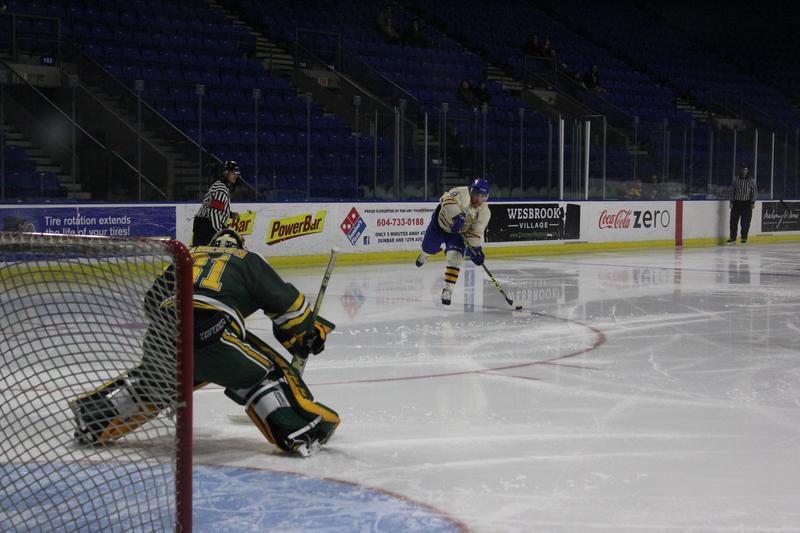 After a 3-1 win over cross-town rivals SFU, the UBC men’s hockey team continued their fine form in the preseason against the powerhouse University of Alberta Golden Bears. The ’Birds’ strong defensive play earned them two straight overtime wins — they won 3-2 on Saturday and 2-1 on Sunday.

“It’s nice to see the guys go out there and perform in a game situation,” said head coach Sven Butenschon. “They’ve worked so hard in practice [and] they’ve really impressed me in the short time I’ve been here. It’s nice to see them get rewarded.”

Saturday’s game was a back-and-forth thriller. T-Bird forward Manraj Hayer got the ball rolling for UBC with a goal in the first period, but that goal was cancelled out by Alberta’s Tanner Clarkson in the final minute of the frame.

The Golden Bears then took the lead on a power play goal in the third period when Alberta's Stephane Legault pounced on the rebound to give Alberta their first lead. That lead was short-lived. Just three minutes later, Luke Lockhart answered with a power play goal of his own.

Tied 2-2, the teams went into a five minute period of 4-on-4 overtime, which was followed by a five minute 3-on-3 frame. The Thunderbirds saw the light of day in the second extra period. Austin Vetterl played a perfect pass to Josh Connolly who tapped it in for the game winner. 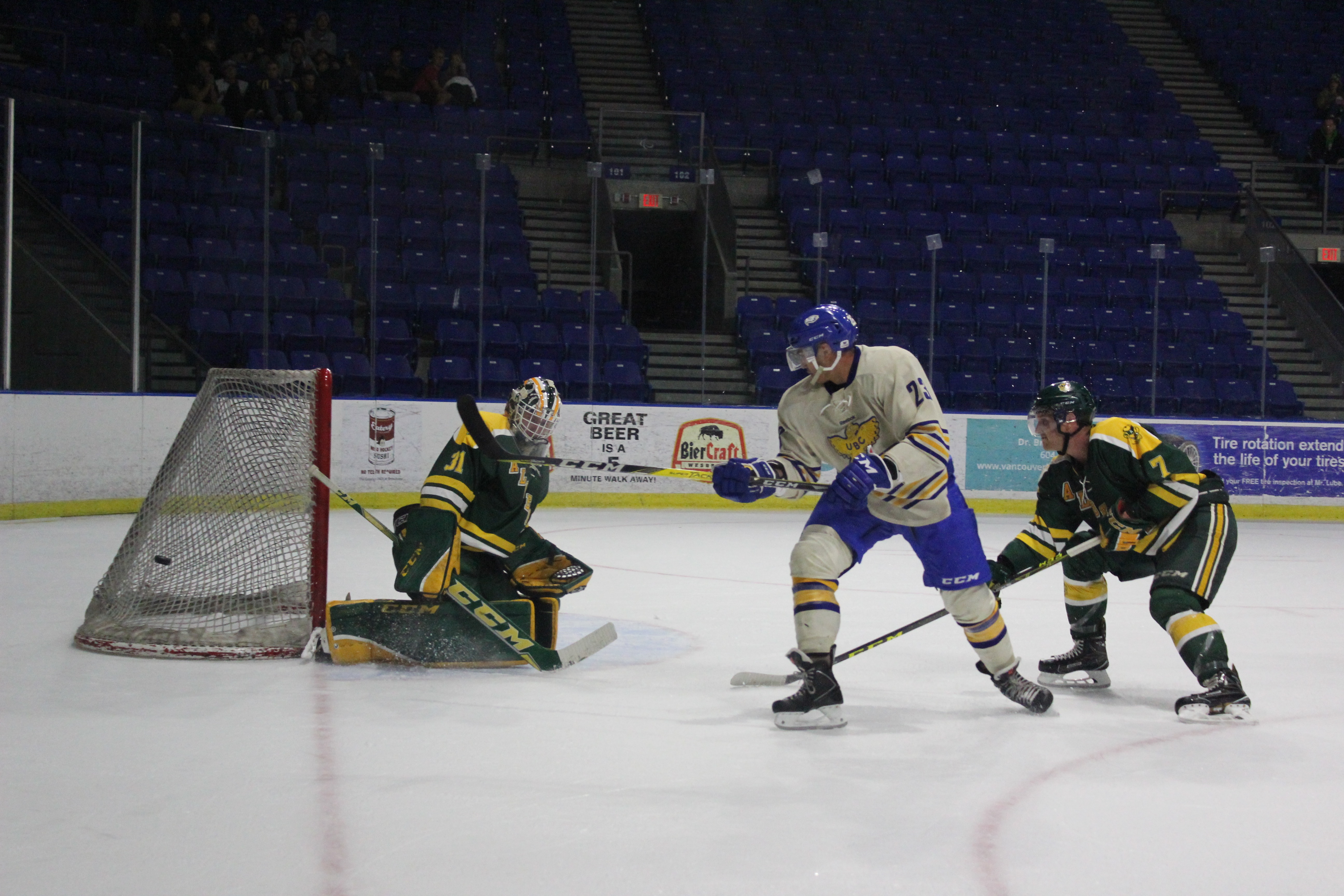 Sunday’s game was a defensive battle throughout the first two periods. ’Birds forward Nick Buonassisi finally broke the deadlock in the ninth minute of the third.

With time winding down, UBC’s Tanner Faith was given a two-minute minor for charging. This gave Alberta the chance to go 6-on-4 with the goalie pulled for the final 42 seconds. The ’Birds’ worst fears were realized as it took the Bears just ten seconds to get the equalizer from Tanner Clarkson. For the second game in a row, overtime was needed to determine a winner.

Thankfully for the Thunderbirds, it only took them two minutes to get the overtime winner once again. This time, it was Michael Stenerson who netted the OT tally.

The UBC men’s hockey team will continue their preseason campaign against the Ryerson University Rams on Friday September 23 and Saturday September 24.