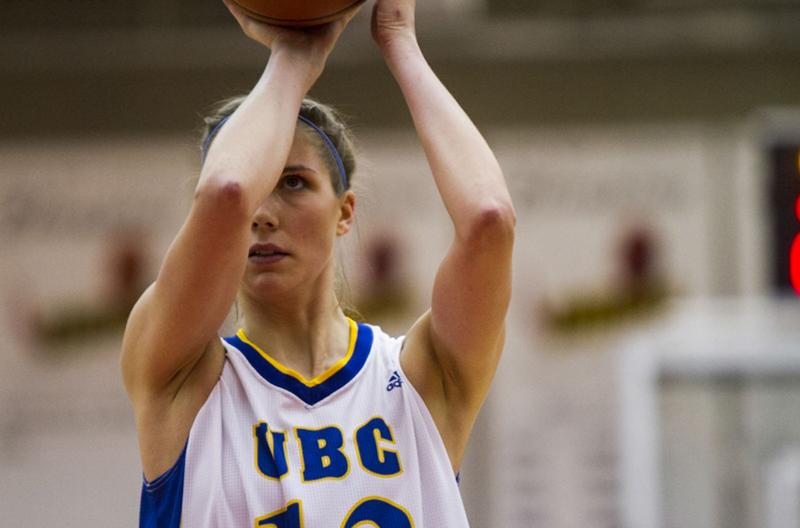 On Friday, October 14 at the War Memorial Gym, women’s basketball beat the visiting University of Fraser Valley Cascades 84-62. With the victory, the ’Birds have now won back-to-back preseason games and are looking like a formidable team heading into the new season.

The ’Birds struggled in the first quarter. The Cascades opened up the scoring for the night and were leading by nine points heading into the third minute. They definitely looked like superior competition for the ’Birds, but UBC didn't quit. They fought back and narrowed the Cascades’ lead to just four points at 17-13.

The positive momentum continued in the second quarter as the T-Birds tied the game at 17 a piece while being extra tight on the defensive end. They saw their first lead of the game during the fourth minute. Right after this, UBC looked like a brand new team on the floor — buzzing with energy.

UBC guard Shilpa Khanna started heating up from downtown and was 5-7 from the three-point line during the night. Veteran forward Kara Spotton then made three consecutive baskets, widening UBC’s lead to seven points. The ’Birds finished off the second quarter strong at 44-36.

“[In the second quarter] we started executing better offensively,” said UBC head coach Deb Huband. “We started to take advantage of our size and we rebounded the ball. If we didn’t score, we got the rebound for the put-back."

“We also got our transition game going — it was much more up-tempo and lots of nice team plays.”

The rookies deserve a lot of credit as well. Ali Norris, Keylyn Filewich, Marcie Schlick and Samantha Baumgartne all looked like veterans rather than first-year players. They all showed a lot of chemistry with one another and the veterans — which Huband was thrilled to see.

“Keylyn Filewich had a really good outing tonight. It’s nice to see Marcie Schlick out there,” said Huband. “We need our youngsters to gain experience early in the season and be like veterans in December.”

Spotton put up an all-around performance as well.

“[Kara Spotton] had a very efficient game today — her veteran status [showed]. She was composed, made really good decisions, was balanced on her finish, rebounded the ball really well and executed,” said Huband.

UBC didn’t let any of this happen and instead tightened up their performance.

“I thought a lot of pieces are more refined than they were a couple of weeks ago, which is a nice sign. We’ve been working hard at practice since that Ottawa game and we executed a lot better on both ends of the floor,” said Huband.

The T-Birds will play against the Thompson Rivers University Wolfpack in Kamloops, BC for their first game of the regular season on Friday, November 4 at 5 p.m.