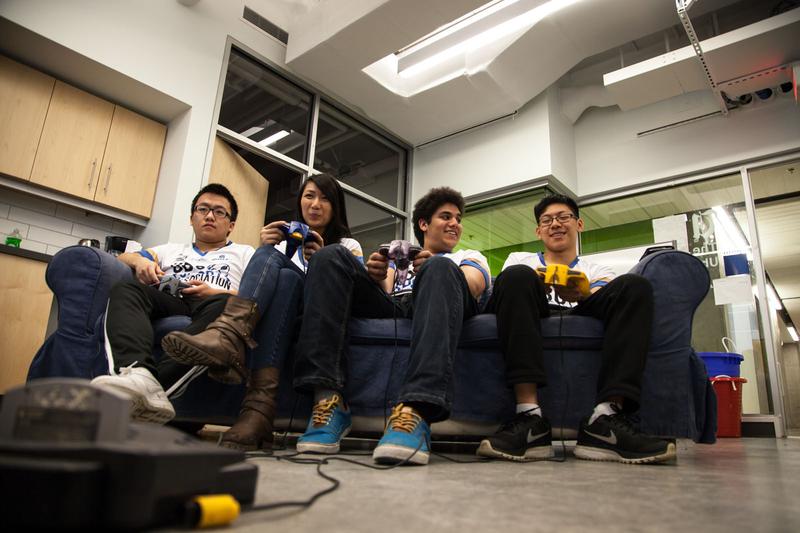 Living up to their reputation as the best eSports team in North America, UBC’s League of Legends team swept their SFU counterparts on Saturday.

UBC defeated SFU in two games with a colossal gold advantages and kills despite the early losing first blood in both games. UBC remains undefeated, a status they hope to retain throughout the rest of the competition. Fighting to create a legacy unlike anything ever seen on the college scene after winning the uLoL Campus Series last year, UBC’s League team is something to behold.

“UBC looked absolutely dominant — especially in team fights,” said Evan Capstick, an engineering student at the event. “I thought it was really cool how you got a sense of community, people cheered and got excited at the exact same times.”

The club hosted a viewing party for the match on campus on Saturday. The event brought together many of UBC’s most dedicated growing eSports fans who enjoy competition and, more than anything, enjoy the complex games.

UBC had many fabulous moments over the course of the games.

“Our calls were pretty on point,” said Qin.

These calls led to well-positioned team fights and excellent control of key objectives like Baron and Herald. Accuracy paid off massively in map presence and inevitably pressured SFU into defensive positions.

After having so cleanly wiped away their cross-town competition, the team had little to say regarding difficult calls. For them, it had been a fairly easy match. Despite this, a potentially risky Baron was an easy objective to secure after their complete destruction of SFU in a game-changing mid-lane fight, which set the course of the rest of the game. However, this proved to be the most contentious decision made in the otherwise relatively easy-to-maneuver game.

“We just started Baron and we weren’t sure if they were going to come or not. They just gave it to us for free,” said Koberstein. This Baron cemented the course of the rest of their game.

When asked about how they prepared for the game, the team agreed on some concrete strategic decisions that helped them prepare for the game after joking about how one team member would go off and wash his face before proceeding to ignore the rest of the team.

“I think 10 minutes prior, we just talk about our pick and ban strategy for the most part,” said Wang.

“We talk about our team comp, how we want to play out the game and what our win condition for the game is,” Koberstein added.

This preparation paid off and the game was a huge success — yet another one for these returning champions as they vie for the prize they took home last year.

“Tune in for our playoff matches,” quipped Koberstein, something that most UBC eSports fans will surely do.