The long and rivalrous eSports history between UBC and SFU 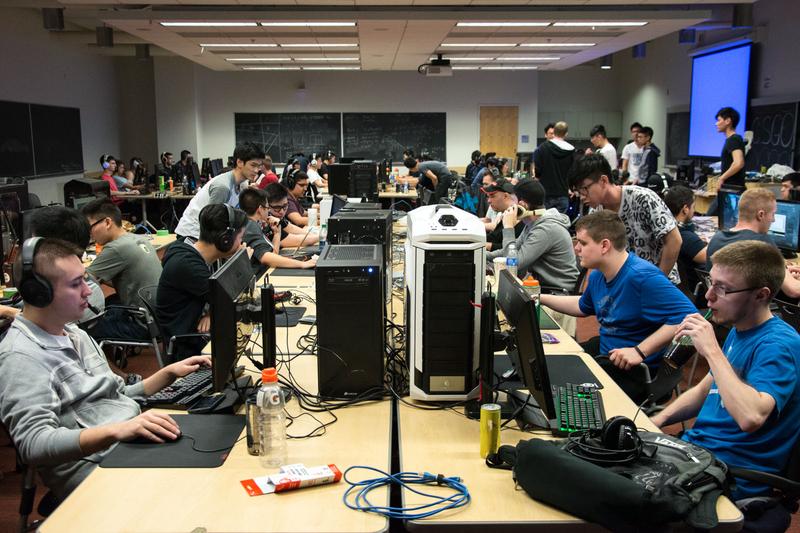 It’s not uncommon to think of the UBC and Simon Fraser University (SFU) as rival schools in the Greater Vancouver area in many contexts. When it comes to eSports teams, it's certainly no exception.

Next month, game developer Riot Games and Yahoo eSports are hosting a League of Legends exhibition series. This series will feature matches where various North American university teams will be pitted against their popular rivals. The featured match-ups were planned via popularity vote, with UBC vs. SFU making the final cut.

When looking at their history, it’s easy to see why the rivalry between both schools exists. According to Carman Lam, co-founder of UBC eSports, both teams have always found themselves facing off against each other in the annual University League of Legends (uLoL) Championship conference finals. In fact, it was already a rocky relationship during their first encounters back in 2014.

“The very first year we competed in the North American Collegiate Championship [now the uLoL campus series], it was a pretty straining and stressful rivalry because we both didn’t know how strong each other was. We just knew that we were both the top contenders for first place,” said Lam.

To make matters more heated, SFU also cheated during one of their past matches by using a highly skilled player who wasn’t an enrolled student at the time. They were disqualified upon this discovery, but tensions were thickened regardless.

“The [UBC team] felt really betrayed because they were close to them and they thought it was really disrespectful. Beforehand, we considered that to be an action they would do,” said Lam.

“I took it really personally. I was really mad after that happened,” said Jeremy Koberstein, a former player on the UBC team. “As far as I know, the players have changed since then, so I won’t hold it against the new players.”

Indeed, both of the team’s rosters are new this year and currently don’t share this specific history. However, Lam noted some consistent key differences between the two rivals throughout the years playing with them — be it discipline or resources.

“[SFU] seems to play really passionately and for fun. They won’t get as burnt out that way. UBC plays as if it’s their job,” said Lam. “We have better dedicated managers and analysts. I’m not sure if [SFU] recruited any for this year, but in the past they didn’t really have a dedicated manager.”

Lam noted this may not mean one team has a handicap — they are simply playing to their strengths. Also, despite the controversy, the team still has respect for their rival. With both playing each other in the finals every year, the team finds their SFU counterpart worthy regardless.

“It’s been us and them in the finals in the last three years,” said Koberstein. “There’s a few other good schools, but it’s just us and SFU. Changes happen every year, but in the past [that’s how it’s been].”

Many of the team members from both sides have also befriended each other.

“I’m friends with [some of the SFU players], but it’s just going to be a lot more fun to play with them,” said Colton Popowich, another UBC eSports team member. “But it’s not gonna be ‘Oh, I feel bad for you. I’m just gonna let you win.’ It shouldn’t complicate things at all.”

“I’m just glad that [the cheating] didn’t really break any bonds — we just treated it as player-to-player and not as friend-to-friend,” said Lam. She also mentioned that last year they invited SFU over to collaborate on an event filmed by Riot Games.

Now with the new batch of players on both sides, it’s all about starting from scratch and being cautious.

“I don’t know how good [SFU] should be now. It should be up to how hard they train — us too,” said Popowich. However, he also emphasized that the upcoming matchup should not hold as much pressure.

“[The match] will be a showing of which team is good right now, [but] you don’t really want to make it super important. Just play as you would play — that’s all.”