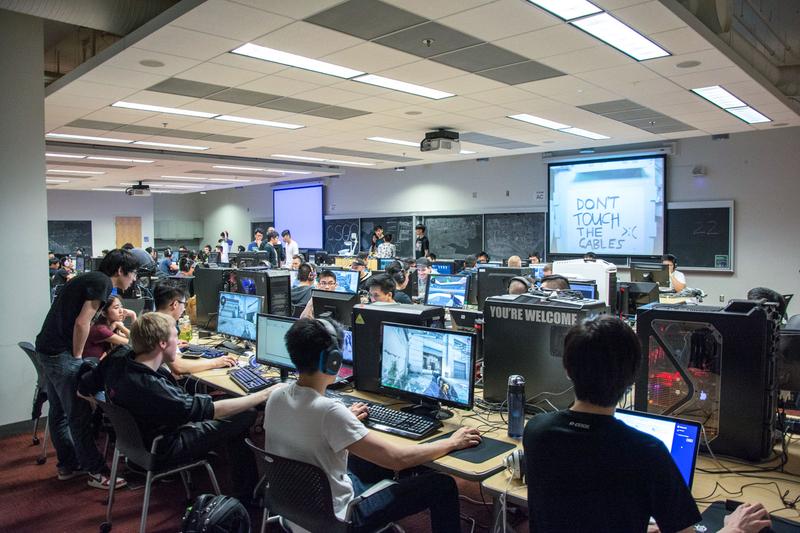 The banter is light and the team is full of smiles as UBC's League of Legends premier team sits down in the gaming lounge to practice. Despite the brevity, the stakes are higher than ever.

League of Legends (LoL) — the massively multiplayer online game (MMOG) — has taken over the online gaming community in recent years. Its makers, Riot Games, have expanded their tournaments all over the world. One of their biggest is the University League of Legends Campus Series (uLoL).

With 190 teams competing in the tournament, competition is fierce — but the team has risen to the challenge so far. In the past, UBC has not only made it past the regionals and the championship series, but they have also won the tournament. They have accomplished this feat not once, but twice in a row.

The victories did not come easy. Anyone with the preconception that gaming is done only by lazy ne’er-do-wells has no idea how much goes into mastering the game. The players on the premier team spend anywhere from 30 to 45 hours a week playing LoL.

“It’s like any other university sport and it can be extremely mentally draining,” said top-laner Colton Popowich. For many, it is also more than a hobby, with the prizes for the tournament reaching up to $30,000 USD per person.

With the high stakes comes tough competition, but the team remains unfazed. They are now mostly made up of new players, with three rookies and two returning veterans.

“It will probably be us in the final going up against either RMU or U of T,” he said, referring to Robert Morris University and the University of Toronto respectively.

“Vancouver seems to have a large talent pool. There’s a lot of down time for us to get better at the game,” said Johnstone

His sentiments are echoed by returning jungler Jason Dong.

“It feels a lot easier this year. A lot of the players that were really good aren’t playing any more.”

But the pressure is not off by any means. UBC will face off against their rivals, Simon Fraser University (SFU) — possibly the toughest game before the finals. Despite the fierceness with which the two schools approach the series, it turns out that some of the players are quite close. Johnstone himself was once a member of the LoL staff at SFU, and was very close friends with their mid-laner.

Everyone is excited to see what will come next as the team enters the next stages of the tournament. For anyone interested in watching the competition, all the games can be streamed online. The players encourage people to watch as they chase after their tickets to the finals in Los Angeles. The team is looking to win the series for a third straight year.

But even without all the pressure, without the people watching or without all the money, chances are that the team will still be having a good time — clicking away and sharing some laughs. Dong sums it up perfectly, his eyes still fixed on the screen.

“It’s fun — you get to spend time with friends and play games together. What more could you ask for?” said Dong.