UBC football has the talent, but can they capitalize on it? 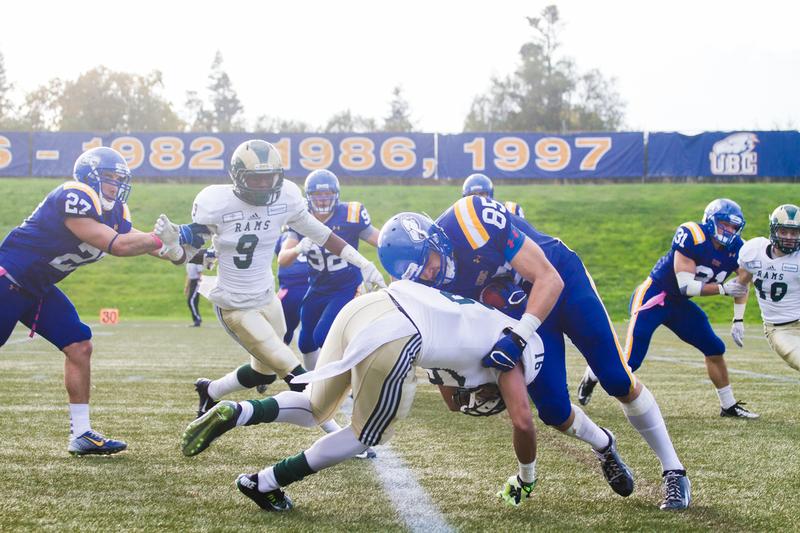 After a disappointing 2014 season, the Thunderbirds football team is looking to turn everything around with one of the best recruiting classes recruiting coordinator and special teams coach, Paul Orazietti, has seen in over a decade.

Orazietti credits the strength of the recruiting class to Blake Nill, the freshly hired head football coach with a history of turning struggling Canadian football teams into championship powerhouses.

Much of this is due to Nill’s reputation for training world class players. Nill has sent an unbelievable 35 players to the CFL in the last 10 years, the most of any Canadian coach, according to Orazietti. This year alone, seven of Nill’s University of Calgary players were drafted to the CFL. Players want to play for Nill so they are coming to play for the Thunderbirds.

“You can make the argument that no one has developed football players better than Coach Nill in the last decade,” said Orazietti.

“He’s about finding big athletes,” said Orazietti. “He’s looking for guys that are tall, are fast, are lean. Guys that can move, guys who are athletic.”

This bigger, faster mentality is easily seen in the new recruits. The 15 commits listed here averaged a height over 6’2” and a weight of 218 pounds. Recruits also need a speedy 40 yard dash, huge bench presses and high vertical jump.

But it is about more than raw, athleticism said Orazietti. Nill and the team are only looking for top-notch players.

“The biggest difference I've seen with Coach Nill, in terms of his recruiting philosophy is that he is just looking for the five star [players]. He’s not looking for the four or the three,” said Orazietti. “That's the best way to describe it; guys who are going to be difference makers. He would love to have a team of 90 guys all of who could start, all who could contribute.”

Even so called “undersized” players have a shot at being a Thunderbirds under the new management. “You have to have, sort of, that X factor,” said Orazietti.

With such a successful and exciting recruiting class it is hard to point at players to watch out for but Orazietti immediately brought up Michael O’Connor.

O’Connor was recruited to Penn State football and spent the 2014 season as a redshirt, making him eligible for five years at UBC. The 6’5”, 230 pound, Ontario native quarterback played high school football in the U.S. and was named the number six quarterback in the 2014 recruiting class by ESPN and an Under Armour All-American.

"Michael is an outstanding, pro-style quarterback," said Nill. "He is very intelligent player who is confident in his ability. He can make all the throws and will come in to compete and raise the bar at the quarterback position here at UBC.”

But O’Connor is not the only standout. Another player who is returning from American division one football is Taylor Loffler, a B.C. native. Loffler played for Boise State and was a B.C. high school player of the year.

“We’re excited about what he is going to be,” said Orazietti. “He’s an incredible athlete.”

Orazietti also called out Troy Hansen who also played division one football and for team Canada and is moving to the Thunderbirds to learn from Nill.

Trivel Pinto, a 6' 170 pound receiver from Toronto will also be a player to watch out for. “He’s going to be a real threat for us on offence,” said Orazietti.

“Certainly, there is not going to be any excuses about not having the talent on the field to get it done.”

Still, only time will tell to see if this year’s Thunderbirds can capitalize on their talent.