Season Primer 2016/17: Softball will be looking for success in tough Cascades conference 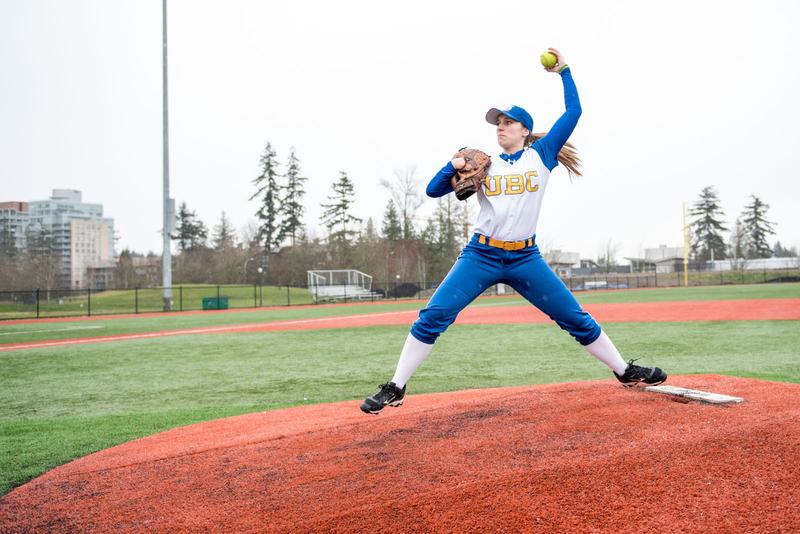 The 2017 season has commenced and the UBC softball team is up for the challenge. With a new team in place, the rejuvenated squad is looking to improve on their disappointing conference record of 11-17 from last season.

With an abundance of talented players coming in this season, Collings spoke a little bit about the team’s new acquisitions.

“We got some really strong transfer students,” said Collings. “Lexie Brenneis came from Montana; we got Sydney Brown, a transfer from Douglas College; and a number of first-year players that are quite strong.

“It will take them a while to work into the starting lineups, but they’re strong players and I’m really looking forward to a positive year.”

The new players have already gotten some games under their belt. Over the last two weekends, the team headed south of the border to California and Oregon to participate in two preseason tournaments. While weather conditions in both tournaments caused some cancellations, the team was still able to play six exhibition games in which they compiled a 1-5 record.

Their lone win came against Marymount California University in the second game of the California tournament.

“We ended up losing the first game [to Menlo College], but we came back to win the second game,” said Mackenzie Siddall, who shares the team’s captaining duties with first baseman Lindsay Oglivie.

“We were down 8-1 and came back to win 12-8, so it was just really cool to see us all come together and pull through.”

Despite their exceptional performance, Siddall’s team capped-off the tournament with back-to-back losses to Vangard University.

The team's preseason ended in Oregon. They played two games, losing to Saint Martin’s University of Washington and Concordia University of Oregon. Despite the results, Collings took the positives out the experience, implying that the tournaments were a learning curve for his players.

“We started to come together in some areas,” said Collings. “Because we are a new group, we were quite nervous and had high expectations. We made some mistakes trying to overdo it. I think the girls have learned to be themselves and trust themselves.”

This will be the club’s second season in the Cascades conference — a conference Collings describes as very challenging to play in given the level of competition. As the team prepares for the regular season, they look to improve on certain aspects of their game.

“I think getting defence, hitting and pitching together will come,” said Collings. “We didn’t seem to have that work out for us [in the preseason]. When we get all three working together, we’re going to see some success.”

Siddall has very high hopes for the squad. Although the preseason results were disappointing, she doesn’t believe the scores were indicative of their skill level.

“It’s always hard because stats are one thing,” said Siddall. “But when you are actually there playing the game, it’s a little different. I know we lost the majority of [our preseason games], but as a team, we are going into the season feeling very confident.”