Lacrosse is hoping to brave yet another frontier — the US 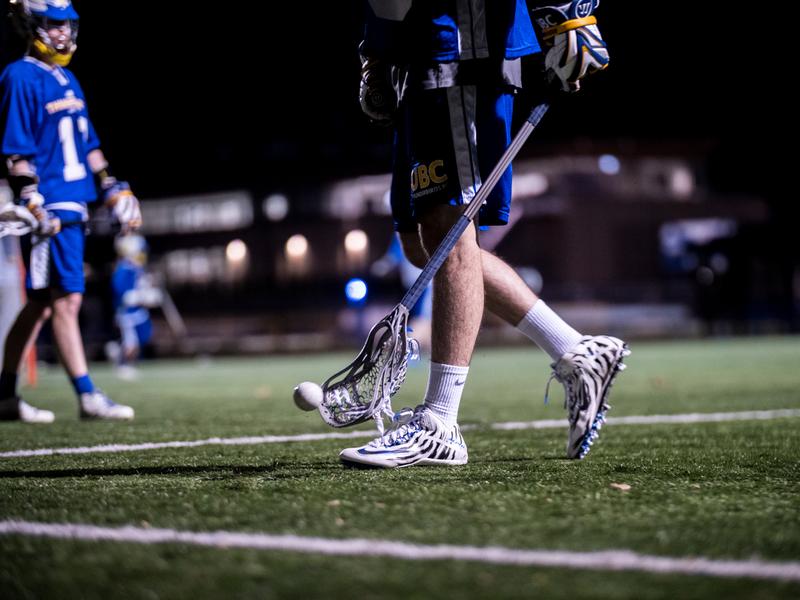 “‘We have to assess: Is it going to be significantly better for us?’” Saman Shariati

When the UBC Thunderbird Lacrosse Sports Club decided to compete in the US, the very thought of braving this new frontier was a little intimidating. Across the border, university-level field lacrosse is a prominent sport.

“That’s where a lot of our top Canadian players go play. That’s where there’s scholarships available. That’s where [the sport has] had a lot of success,” said New Westminster native and head coach of the team Kyle Robinson.

The Thunderbird lacrosse team has accomplished much in their short existence including achieving Thunderbird Sports Club status in 2015. In the spring of 2016, they took first place at the BC Men’s Provincial Lacrosse Tier II Championship, and later that year took the gold medal at an invitational in Alberta. The team are also tough competitors in the local environment, playing from September to March in the very competitive Canada West Field Lacrosse League (CWFLL).

Still, they wanted to see how they would fare against other university teams.

While the Canadian University Field Lacrosse Association (CUFLA) exists on the east coast, university-level field lacrosse isn’t prominent in western Canada. Save for exhibition games against schools like Simon Fraser University (SFU) and the University of Victoria (UVic), the UBC team has few opportunities to play other college teams.

“It was supposed to be our first taste of ... ‘is this something that might be for us?’” said Robinson. “And that’s something that we’re still assessing, because it will be a significant financial burden to join that type of program or that type of league — league dues, travel, requirements in terms of jerseys, helmets, gloves, etcetera. It all adds up pretty quick.”

“So we have to assess: ‘Is it going to be significantly better for us?’” 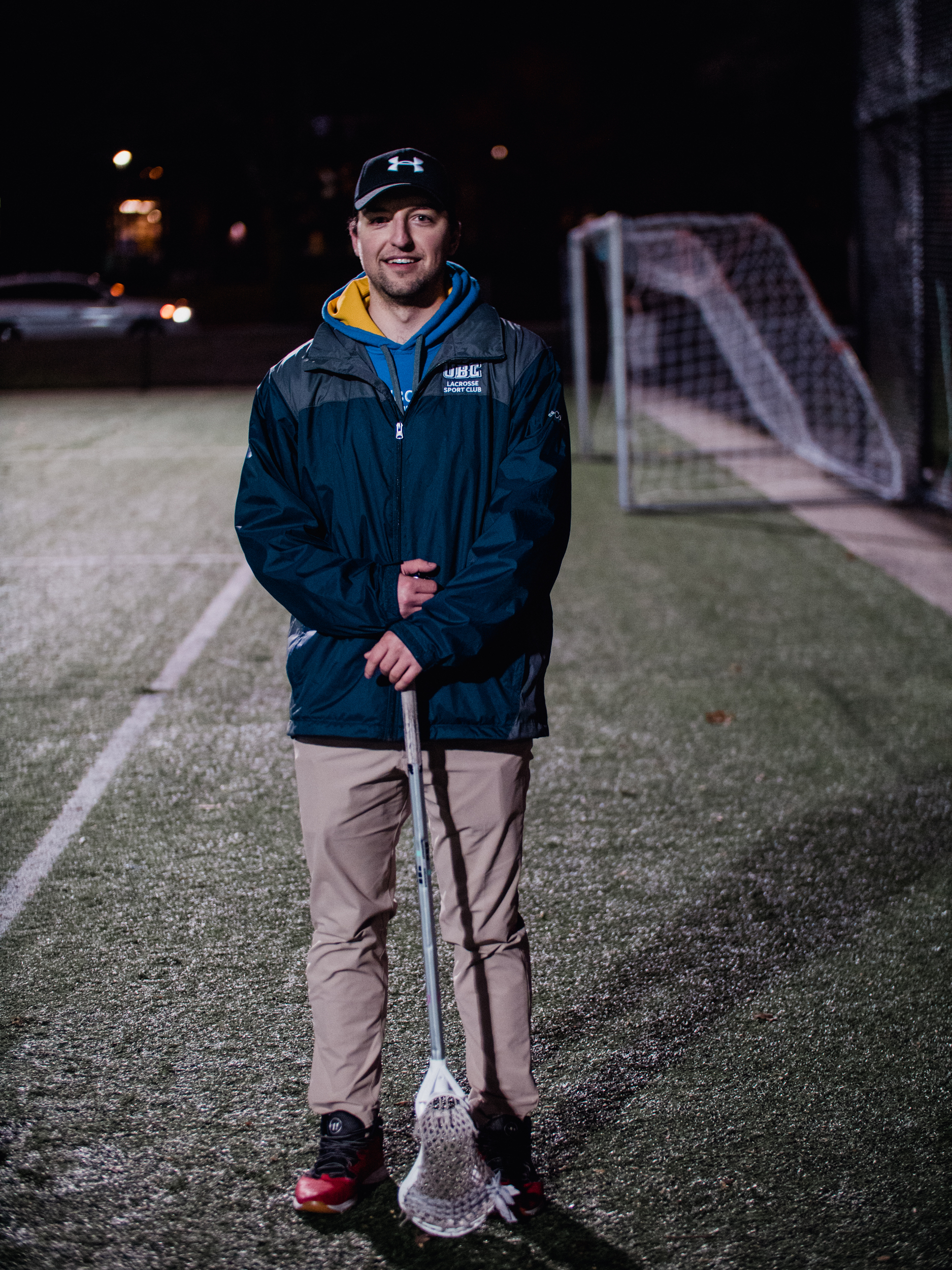 The league is comprised of schools based in Washington, Oregon, Idaho and Montana. It also features SFU as its sole British Columbia contender. With the MCLA’s official season beginning in the spring, the team headed down in the fall of 2017 to participate in a college shootout.

It was a bit of a wake up call to the calibre of lacrosse the team would be heading into. Some of the teams that they played against had up to four coaches. Some had rosters of about 30 players. The UBC team had Robinson and 19 players on the roster.

“You go down there, it’ll be well-organized. It’ll have permanent coaches who, for some of them, that’s their job — to recruit and coach,” said Robinson, who is in his fifth year of his chemistry PhD.

After three wins in the tournament, they came up against mid-ranked MCLA Division 1 team Oregon State University (OSU), a team Robinson compared to SFU in terms of calibre. UBC had lost to SFU in the past exhibition games the two have played.

Despite the odds, half-way through the game Robinson realized UBC could actually win — and they did just that, taking the game 2-0. “It was a really exciting moment for the guys,” Robinson said about their eventual result.

Ultimately, they realized that this new venture into MCLA could pay off.

“It was a really positive experience for our program going down there.”

Robinson told this story as he stood on the sidelines of Warren Field watching his team run through some practice drills. Having been involved with the team since 2013, he has witnessed the growth firsthand.

“When you look out on this field now, and you see 20 guys, all competing at a high level, in a scrimmage, in matching gear, and wearing the Thunderbird logo and everything like that, put [that] in contrast to our mix match of guys on that small field that’s now a parking lot just across the street, trying to hide under one of the lights just to get enough to see the ball,” said Robinson, referring to the field that used to be outside Thunderbird Stadium.

“To see that amount of growth in such a short amount of time is something that I’m extremely proud of from a team perspective. So it’s been really cool.” 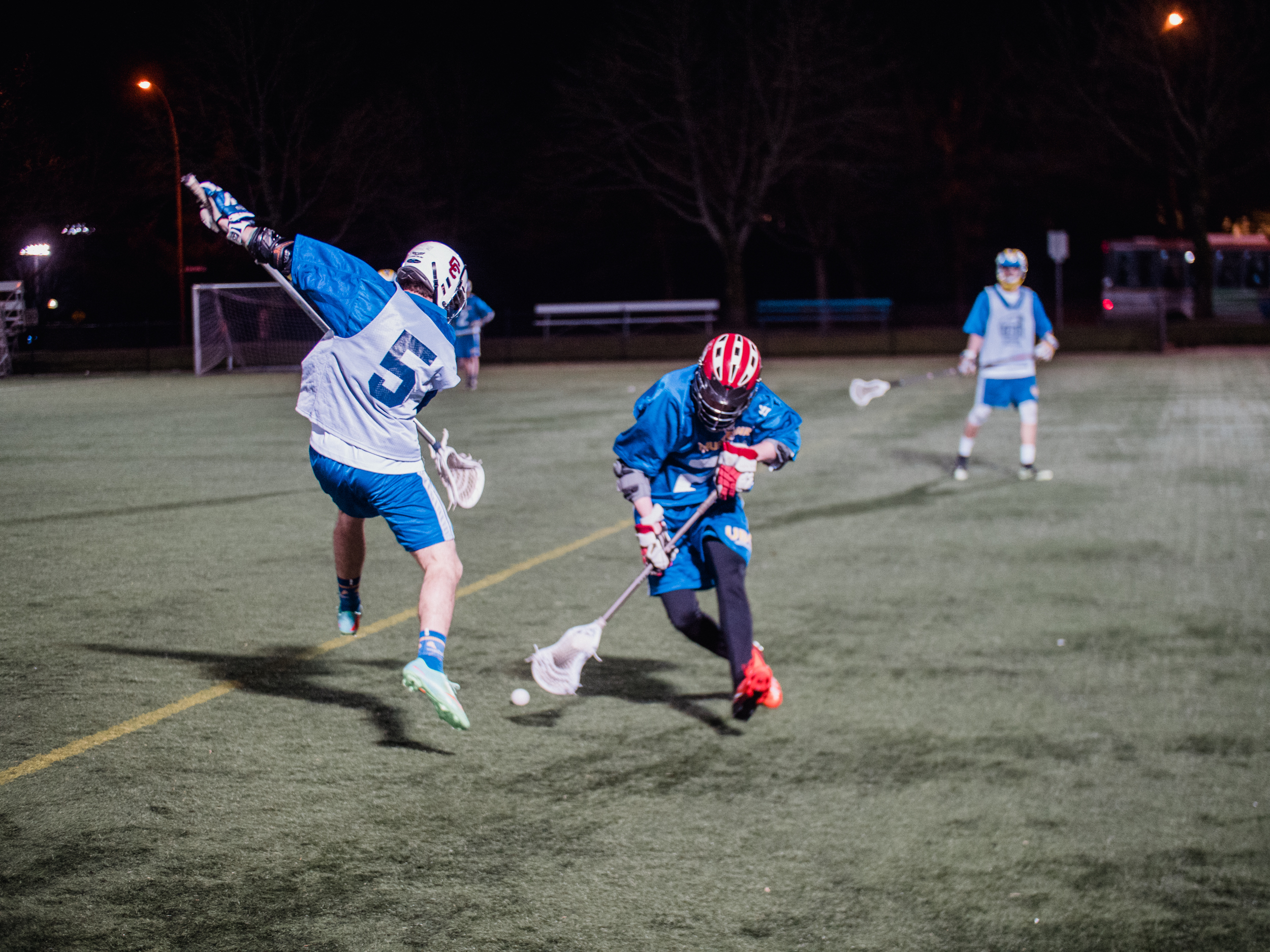 Growing has difficulties of its own, though, for the lacrosse team. Last year, they graduated seven players from the core group of people that helped start the program.

Some of the graduates have moved on to continued leadership roles though, keeping some of the legacy alive. Former defenceman and captain Mitchell Kitt currently coaches the team and midfielder Tomas Syskakis still plays while he pursues a master’s degree at UBC. There are also opportunities for alumni to stay involved at socials and fundraisers.

“A few are still local and we hold an alumni game in March. They’ll stay involved. A couple of them have been available to come out to the odd practice to help out from a coaching perspective or just to meet some of the new guys,” said Robinson.

The culture that this group has fostered — the type that has allowed them to grow quicky and succeed — lives on. According to Robinson, it’s a feeling of community, where players believe that they’re helping to build a bigger program.

“You get 15, 20 guys who ... they’re out here, especially in our program, from 9 to 10:30 p.m. in the pouring rain, eight months of the year,” said Robinson. “Many guys have contributed so much from organizing fundraisers, to helping out on bus trips, to being captains and student leaders, helping to design jerseys and all those other things that for most programs, there might be someone who does that for you.”

For now, the team will continue to play in the CWFLL this spring. They have a few games left before the provincial championships, and so they’re looking to improve their standing from last year. Then, they will head to the Annual General Meeting (AGM) for the PNCLL, and after that, they hope to apply to join the league.

Joining the PNCLL means a chance to grow the UBC lacrosse program. What’s more, it is a step towards one of the sports club’s major goal — a competitive university league in western Canada.

“When I started ... playing in a league in the east, the CUFLA … 14 teams and a national championship at the end with the top four teams … it was really cool,” said Robinson. “So when I came back here, I knew that Simon Fraser had a team, I knew we had a team … I heard UVic had a team and we were going out to Alberta.”

“I saw a lot of pieces that could come into play, where the ultimate goal in Canada could be to create a [U Sport] like environment for lacrosse,” Robinson said, referring to the Canadian inter-university sports league that includes more popular sports like hockey, basketball and soccer. 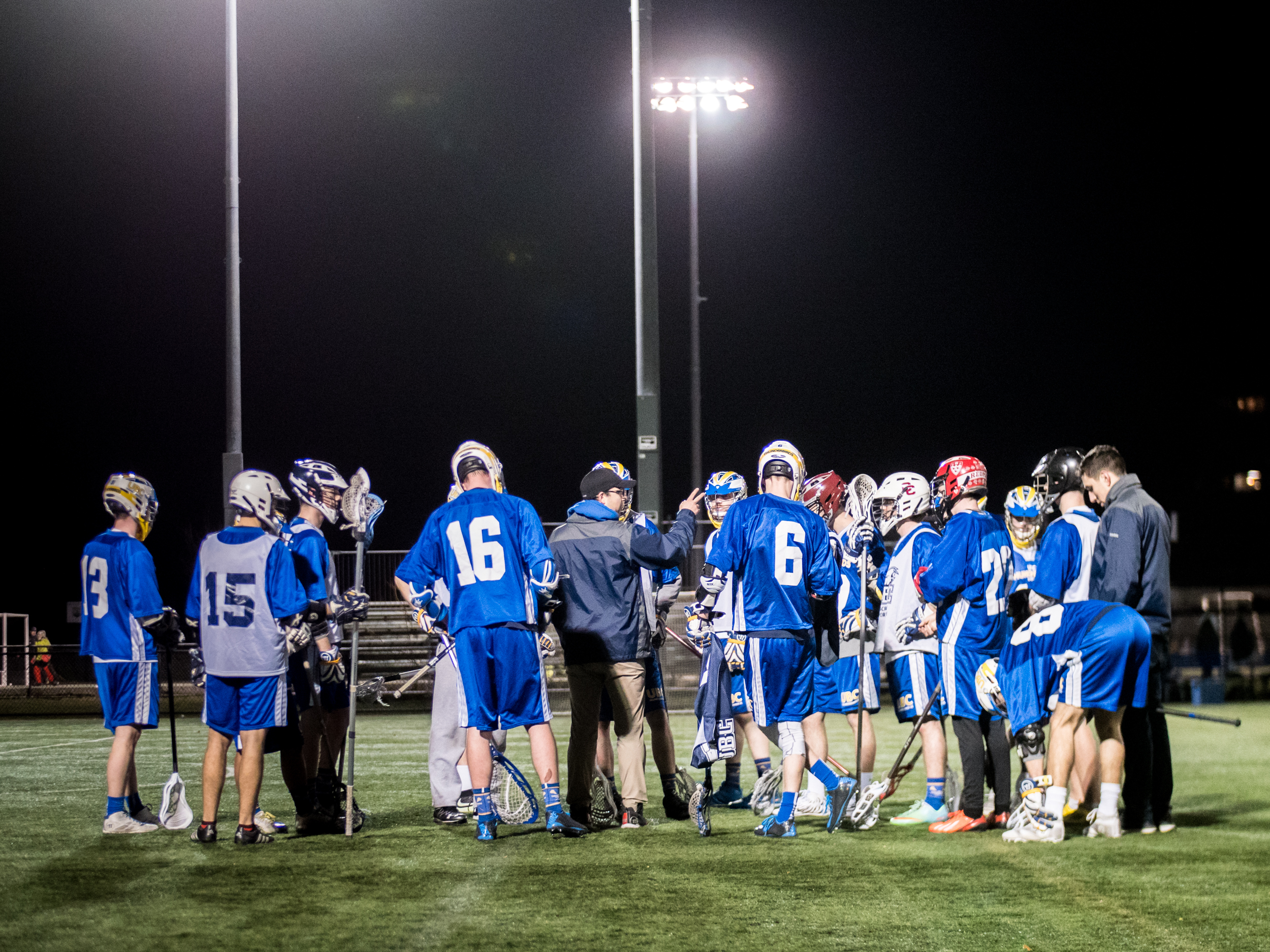 This is a dream that’s far away and Robinson might not even be at UBC to see it. In fact, as a PhD student in his fifth year, the head coach is aware that he is nearing the end of his university career.

“I think that maybe as a fifth year student here and potentially approaching my light at the [end of the] tunnel, I get a bit reflective in thinking about how far this program has come and how much each of the guys have contributed to that,” he said.

Next year, he is doing an internship when his degree ends, and so it will be his first year as a non-student coach. He has a transition plan in mind though, so he’s hardly worried.

“I’m also not sure where I’ll end up as well, like many of the alumni trying to figure out where that career takes you. If the location is Vancouver, you know I can see my involvement continuing to be prominent, whether it’s on the field or from an alumni engagement perspective,” he said.

“I think the future is bright regardless.”