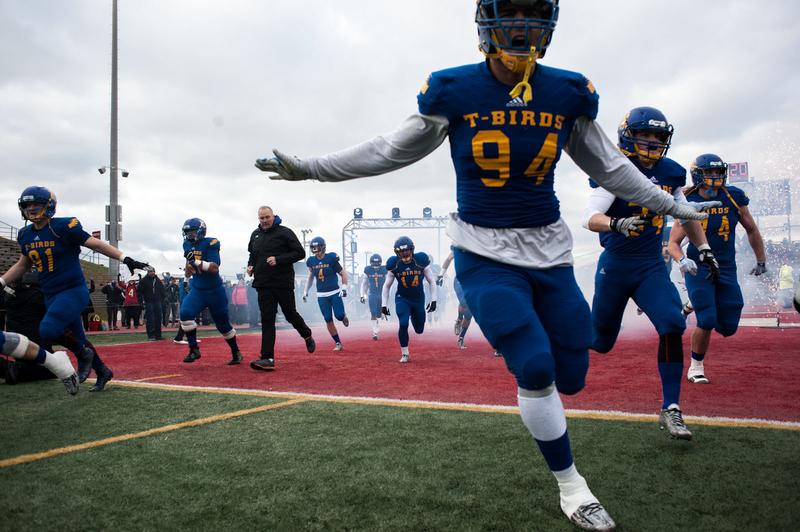 The Thunderbirds captured their first Vanier Cup since 1997 with a last second field goal from kicker Quinn van Gylswyk.

The cup drought is officially over. After a challenging season, the UBC football team finished with a hard-fought 26-23 win over the University of Montréal Carabins to win their first Vanier Cup since 1997.

The T-Birds were first to get onto the scoreboard with two field goals by star kicker Quinn van Gylswyk on UBC’s first two possessions.

With Montréal in possession during the final minute of the first quarter, UBC linebacker Dylan Chapdelaine caught an interception at the Montréal 39-yard line before tailback Marcus Davis caught a six-yard reception from Michael O’Connor early in the second for a touchdown.

Midway in the second, van Gylswyk added another field goal to increase the T-Birds’ lead to 16-0.

On Montréal’s next possession, they were forced to punt after gaining only five yards on three downs, but the Carabins quickly regained the possession on a fumble by O’Connor. Montréal then scored a touchdown on the ensuing drive to narrow the T-Birds’ lead to 16-7.

UBC made another error on its next possession when the team failed to fake a field goal after a third and goal situation. Montréal responded with a successful drive before adding a field goal in the final few seconds, making the score 16-10 by halftime. 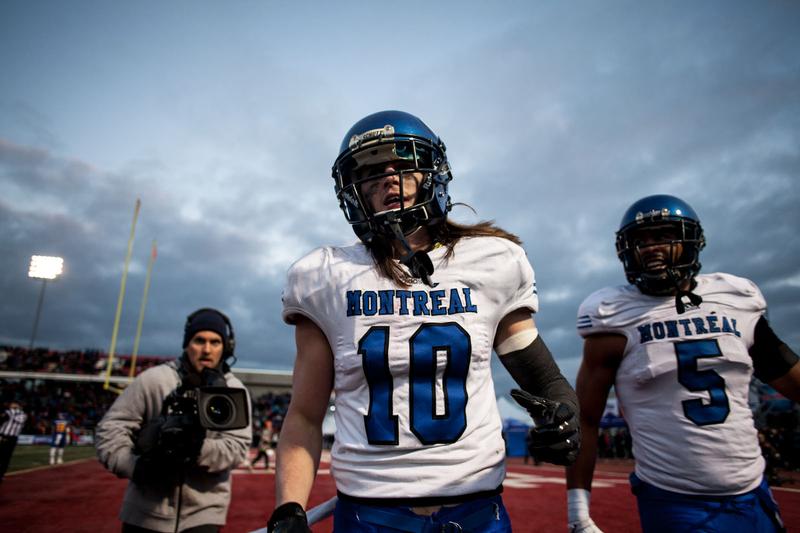 Despite two misplays in the second quarter, the T-Birds did see an impressive performance from O’Connor, who racked up 290 passing yards in the first half. Receiver Will Watson caught 120 of those passing yards.

Early in the third, T-Birds star running back Brandon Deschamps rushed the ball 44 yards to score a touchdown for UBC. The Carabins then responded with a field goal on their next possession.

In the final minute of the third quarter, the Carabins made a successful drive near the T-Birds’ end zone before UBC forced a third and goal. Linebackers Terrell Davis and Mitch Barnett both nearly caught interceptions. Montréal then scored a field goal to make the score 23-16 by the end of the third.

The first seven minutes of the final quarter saw no scoring as strong defence by UBC and Montréal kept each other in check. T-Birds defensive back Stavros Katsantonis forced and recovered a fumble early in the fourth quarter.

With the seven-point deficit, Montréal got a touchdown midway in the fourth quarter to equalize the score. Intensity then peaked as both teams anxiously fought to gain possession and come out on top. The T-Birds did have a field goal attempt, but Montéeal’s defence prevented the team from scoring.

The game changer came with less than 1:32 remaining on the clock, when UBC’s A. J. Blackwell caught an interception. On the ensuing possession, the T-Birds managed to drive to the Carabins’ 13-yard line.

After UBC’s failed a fake field goal attempt earlier, van Gylswyk became the hero for the Thunderbirds as he scored in the final second of the game to give UBC the 26-23 win.