Silver lining: After their loss in the Canada West final, women's volleyball is heading to the nationals 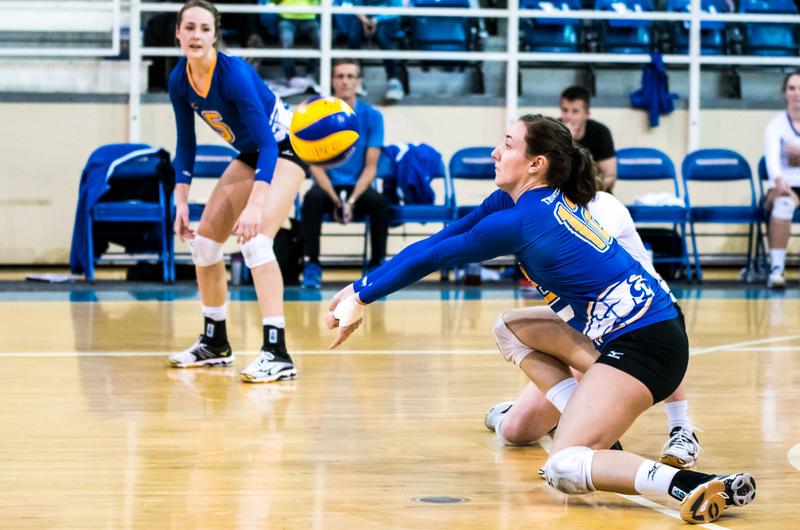 Despite their solid regular season, the UBC women’s volleyball team were defeated by the University of Alberta Pandas in the Canada West final on Saturday, March 11. The ’Birds fell in a four-set match.

There is a silver lining though, as the team will head into the U Sports championship

The night before, the T-Birds battled another of their western conference rivals — the Trinity Western University Spartans (TWU). UBC led the game in two major aspects. The team had 53 kills compared to the Spartans’ 41, and 12 blocks compared to the Spartans’ eight. The differences end there. The teams were matched at seven aces each and had a similar amount of digs, with UBC making 46 and TWU making 43.

Outside hitter Danielle Brisebois made 20 kills in the game. Victoria Behie and Juliana Kaufmanis followed, with 12 and 10 kills apiece. Fourth-year setter Alessandra Gentile led the entire game with assists. As the ’Birds ended their regular season just below the Spartans, they walked into the final with confidence and momentum behind them.

With both UBC and Alberta jostling in the top five of the U Sports rankings, it was sure to be an interesting battle. Alberta’s Meg Casault made the first kill for her team. She went on to tie at the most overall kills with the T-Birds’ Laura MacTaggart at 15. UBC managed to keep up earlier in the first set, but faltered and lost the set at 25-18.

The next set was worse for the Thunderbirds. The Pandas jumped ahead right away thanks in part to UBC errors. They continued to maintain a three-point lead until they seized the set at 25-14.

UBC came back in the third set, going on a five-point streak and holding that lead. They won the third set 25-18. However, their rally was not enough. With a final set score at 25-18, the Pandas took the fourth set and the Canada West title.

The T-Birds’ run has been impressive. In addition to winning a silver at the Canada West championships, the ’Birds also boasted their best conference record since their 2013/14 campaign — the year they were defeated in the U Sport finals by the University of Manitoba Bisons. If their season is any indication, the Thunderbirds are likely to be contenders in the national championship.

UBC will face the Western University Mustangs in the U Sports quarter-final on Friday, March 17.