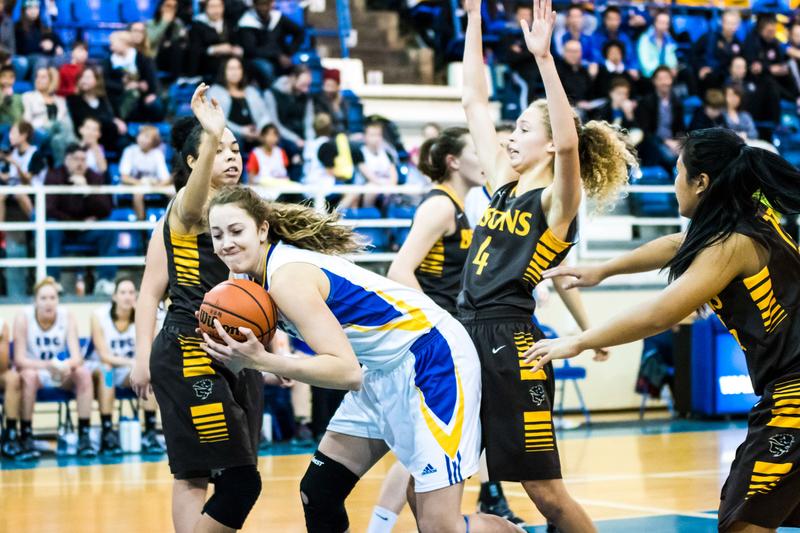 Last Friday, Women’s basketball hosted the University of Manitoba Bisons at the War Memorial Gym for the home opener of their 2016/17 season.

The ’Birds headed into this game high on confidence and morale, having won their previous two games against the Thompson Rivers University WolfPack. The ’Birds beat the Manitoba Bisons on Saturday, and defeated them again the next day with scores at 80-47 and 71-55 respectively.

The solid contribution by the bench lifted the T-Birds past the Bisons on Friday at the War Memorial Gym.

The next day on Saturday, the T-Birds beat the Bisons once again in a similar way — outscoring them in most aspects of the game like they did the night before. Both teams, however, did not have any fast-break points.

The T-Birds now have a 4-0 record, and will be playing the University of Victoria Vikes in Victoria, BC on Friday, November 25. They will be hosting them the next day on Saturday, November 26 at the War Memorial Gym.