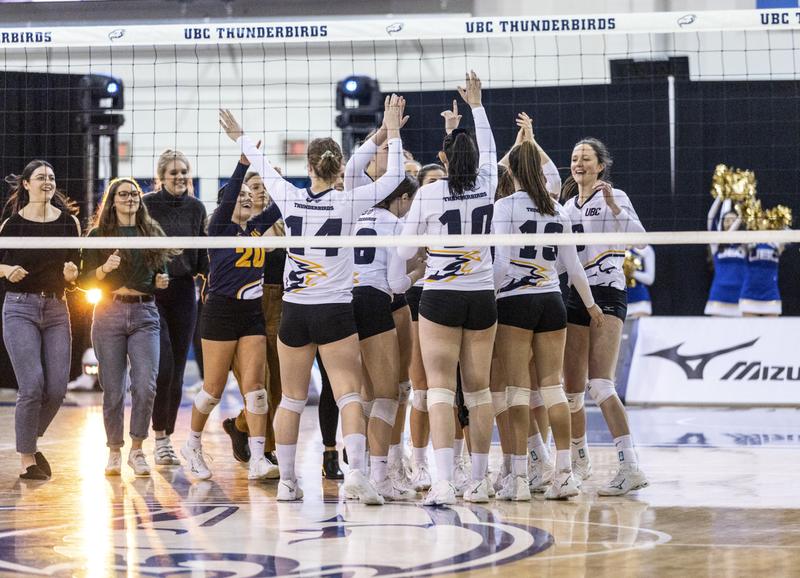 While the snow probably kept most of us at home curled up under a blanket or two, the weather didn’t stop the Thunderbirds from their winning ways this weekend. Here’s what you missed in varsity sport this weekend:

Bringing the thunder to Thunderstruck

The women’s volleyball team definitely have their groove back. With just under 1,300 people filling the stands at War Memorial Gym on Friday, the ’Birds showed no mercy against the visiting University of Winnipeg Wesmen. The 3-0 wins on Friday and Saturday would give them their sixth and seventh wins in a row — the longest streak the 2017 national champions have had all season.

Kiera Van Ryk had one of her best performances all season, putting down 16 kills in Friday’s game and another 11 as well as 6 digs on Saturday night.

The pair of wins place the ’Birds fourth in the Canada West standings with a 15-7 record, well short of the 20-4 records they put up the last two seasons but enough to clinch a playoff berth going into the all important season finale against the University of Calgary Dinos this weekend. 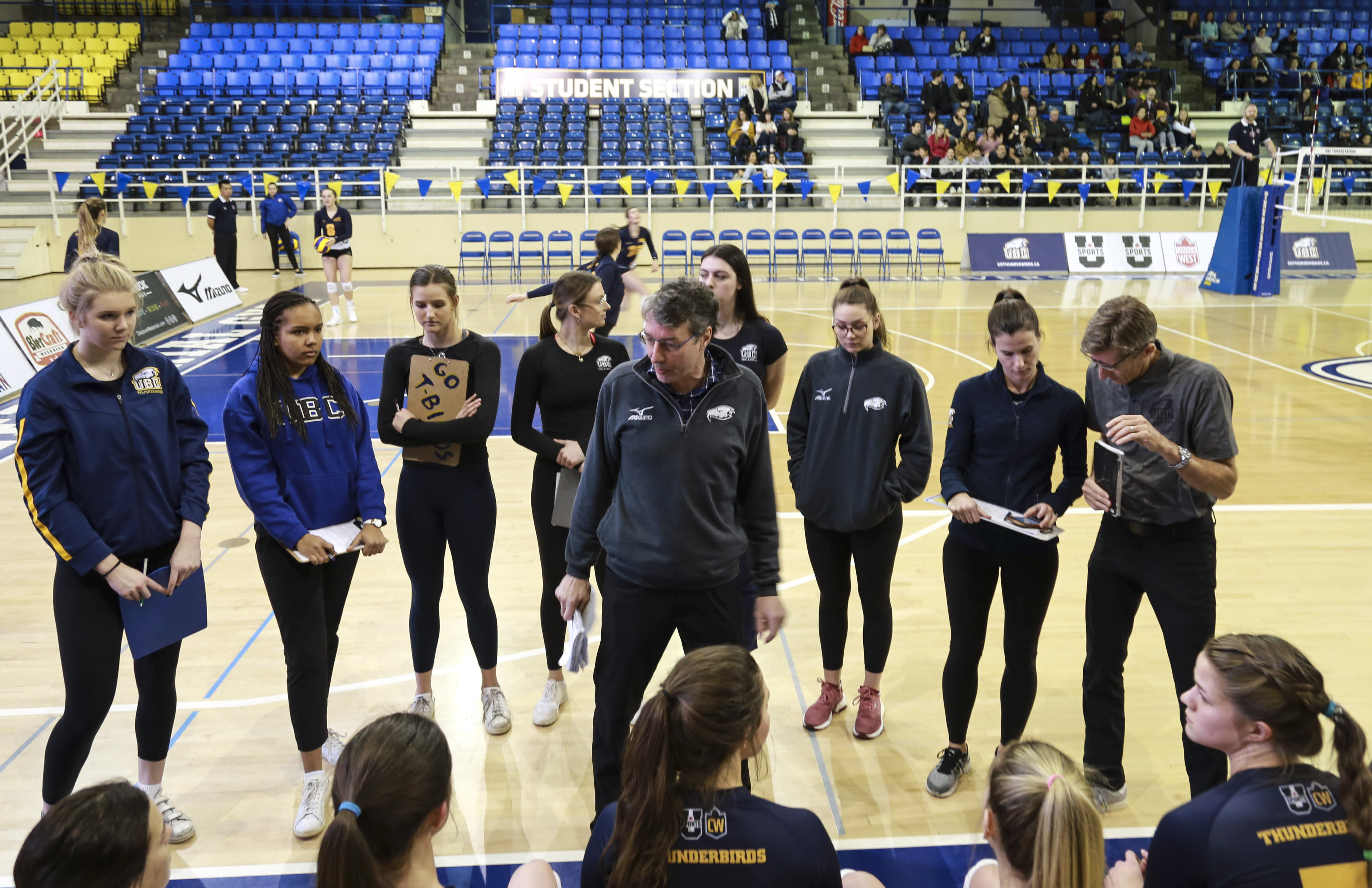 The results were a little less flashy but just as dominating as the men’s volleyball squad won two immensely important home games against the Wesmen.

The pair of wins were seemingly identical, with the ’Birds winning each game three sets to one; most sets never separated by more than five points. Setter Ben Hooker putting up a whopping 43 and 46 assists respectively. Matt Neaves and Michael Dowhaniuk led the ’Birds in kills on Friday and Saturday, with 20 and 22 each.

With the sweep, the ’Birds now have the chance to clinch the final playoff spot in next weekend’s season finale. It won’t be an easy task for the reigning national champion ’Birds, seeing that they’ll be playing the Dinos on the road in Calgary.

The ’Birds hockey teams were not willing to let volleyball steal all the limelight for the weekend, with both men’s and women’s teams sweeping the University of Regina Cougars on Friday and Saturday.

On the men’s side, the ’Birds jumped out with a commanding 5-1 on Friday led by a 27-save performance by ’Birds goalie Rylan Toth and a pair of goals from Austin Glover. Tyler Sandhu also notched three assists on both goals by Glover and one by Austin Vetterl.

Saturday saw Chase Clayton score twice and Patrick Dea make 29 saves for a 2-0 win — it was Dea’s first career Canada West shutout. The wins helped the ’Birds close out the regular season on a three-game winning streak, helpful momentum they can use going into the Canada West quarterfinal this weekend at home against the Mount Royal Cougars.

A pair of wins and a Canada West record for Boyd

For the women’s team, it was just as good of a weekend with a pair of wins against the Cougars as well. Friday’s game was all about Hannah Clayton-Carroll, who recorded a hat trick as the ’Birds took apart the Cougars in a 6-1 win. Ireland Perrott also had three points with a pair of goals and an assist, while goalie and recent Ubyssey’s January Athlete of the Month Tory Micklash held the fort down with 15 saves.

Saturday 1-0 win was a much closer game, with both the first and second periods going scoreless. It took until just passed the nine minute mark for the ’Birds to finally find the back of the net thanks to a power play goal by Ireland Perrott. The penalty that caused the goal was a four-minute major given to Regina’s Chelsea Hallson for checking to the head. ’Birds veteran goalie Amelia Boughn made 22 saves for her third shutout of the year.

The weekend was extra special for Logan Boyd and Celine Tardif. The two were honoured with gold helmets for having played in more than 120 regular season games for the Thunderbirds. The weekend saw Tardif make her 137th appearance and Boyd achieved a Canada West record at 140th.

They’ll knuckle down along with the rest of the team as the ’Birds and Cougars meet again this weekend back on campus for the first round of the Canada West quarterfinals.