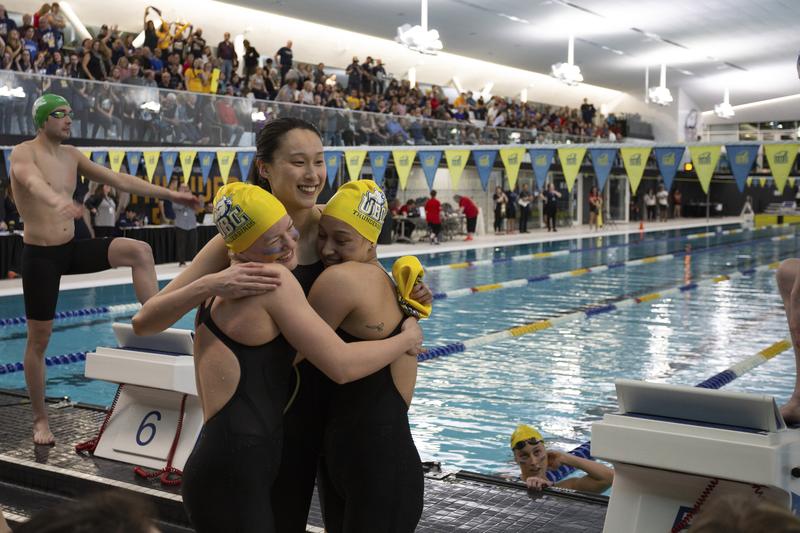 It was a crazy, crazy playoff weekend for several Thunderbirds teams — and all while the rest of campus headed into relaxation mode with reading week.

Several of the Thunderbirds rosters had another weekend of playoff action to take care of, mainly on the road. That said, one team dominated here on campus and claimed their third-straight national titles.

We will leave you to check out our recap for the full breakdown here, but UBC swimming once again took home the national championship banners on both the men’s and women’s sides. Congrats Thunderbirds!

Out in Edmonton, men’s basketball defeated one of the Alberta giants to claim their spot both in the Canada West finals and the national Final 8 tournament being held in Halifax later this month. In a three-game, gut-wrenching series against the University of Alberta Golden Bears, the third-ranked T-Birds toppled the second-ranked heavyweights with a tie-breaking 84-78 win on Sunday night.

As usual, Manroop Clair and Jadon Cohee were pivotal in the win for the Thunderbirds, with both putting up 21 points in the away match up. Grant Shephard was close behind with 18 points.

Earlier in the weekend, the team earned a 74-63 win on Friday before facing an 92-86 loss on Saturday night. And though they made the comeback happen on Sunday, they could still face the Golden Bears in nationals — Alberta are awaiting their chance to take the at-large berth in the tournament.

More immediately, UBC head to Calgary to Face the Dinos in March 2 in the Canada West championships. The Dinos are the reigning national champions, and were the downfall to UBC’s playoff chances last year.

It was a simpler weekend for the women’s volleyball team as they defeated the Regina Cougars in two, 3-2 Canada West quarterfinal wins. Highlights included an eight-point serving streak for Tessa Davis on Thursday.

The team now moves on to the Canada West semis, where they will face the number 2 nationally-ranked Calgary Dinos in a best-of-three series. 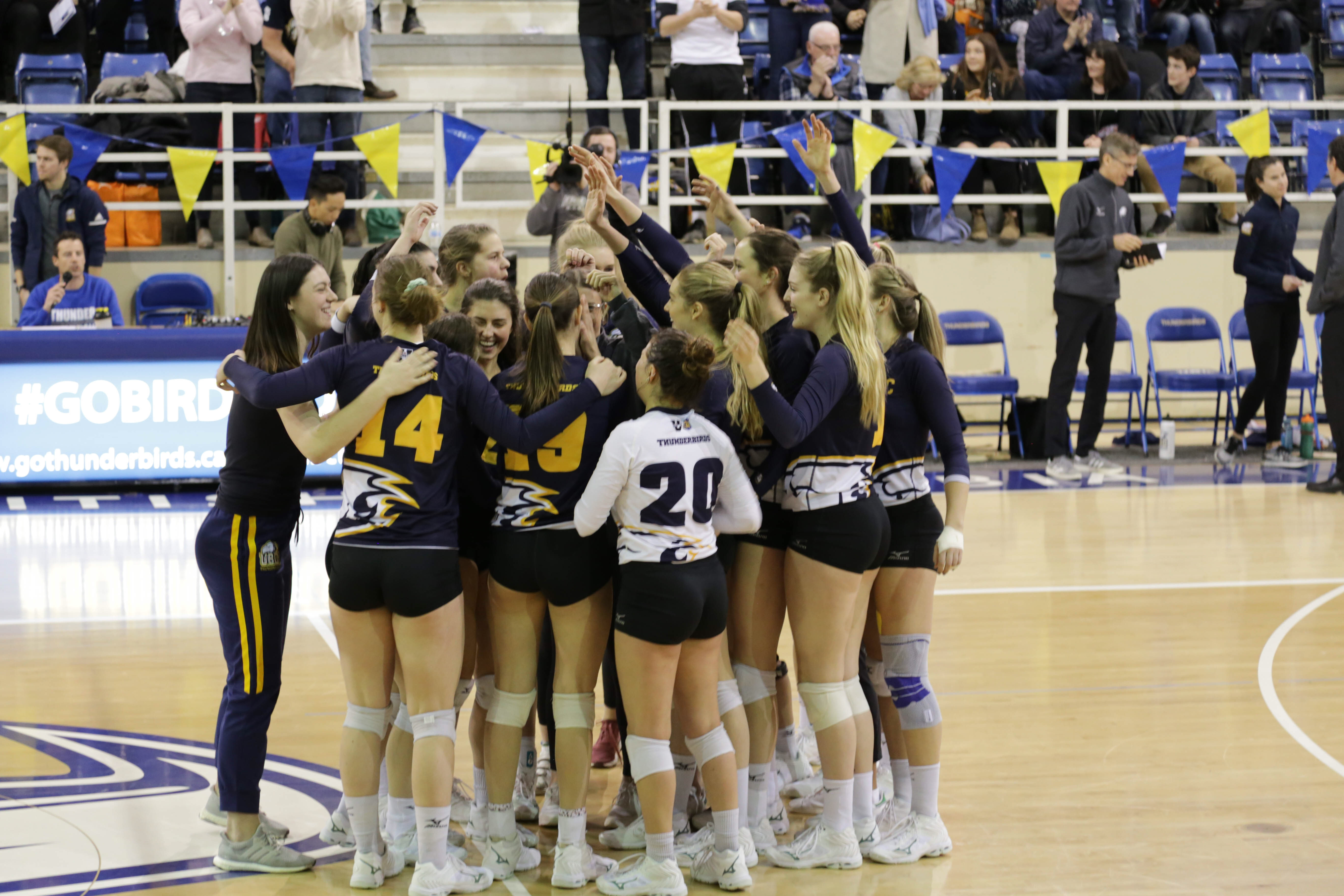 It was a different story for men’s volleyball, unfortunately. Heading into a tough quarterfinal match up against local rivals the Trinity Western Spartans, UBC start on the back foot after a 3-0 Thursday loss. The team would clamber back with a 3-2 win on Friday, only to finally fall 3-0 again on Saturday.

The highlight here? The roster made a huge comeback throughout the season, winning nine of 10 games in the latter half of the year; it shows promise for the years ahead, as all but two players have at least two years left of eligibility.

And the story wasn’t much better for women’s hockey. They lost two close games against the reigning national champions, the Manitoba Bisons, by scores of 4-3 and 2-1. It ends the team’s playoff hopes this year.

We’ve focused on playoff highlights here, but there were a few other teams either beginning or continuing their seasons for the Thunderbirds too. Out at Thunderbird Park, UBC baseball played their first home series of the year against Concordia — they won all three games, by scores of 3-0, 7-5, and 10-8.

Out in California, UBC rugby played the first leg of their World Cup Series against the California Golden Bears. They lost narrowly 24-22, but have a chance at redemption in their home leg of the series on March 4 at Gerald McGavin UBC Rugby Centre 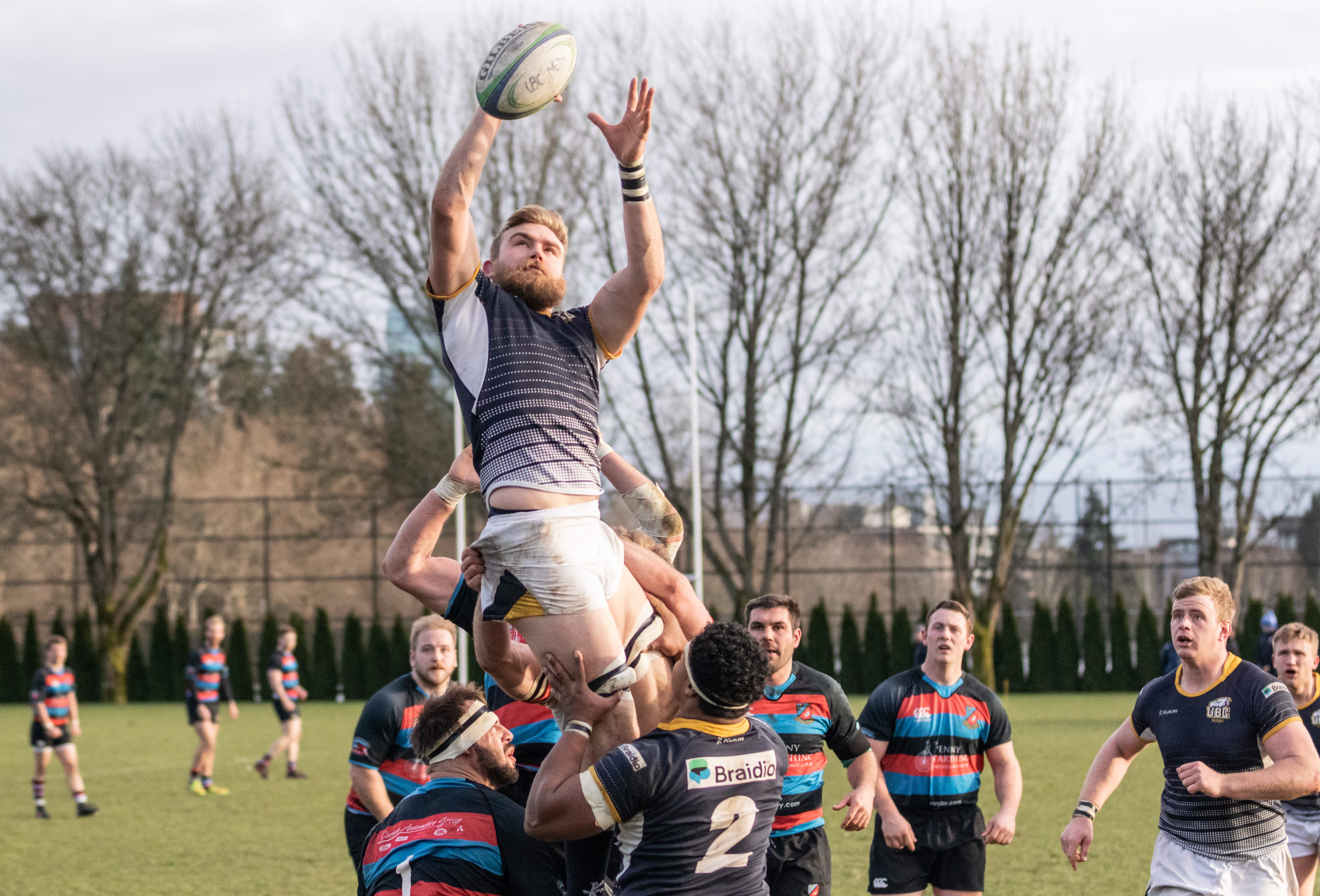