Weekend rundown: Yes, there were games besides Winter Classic, and there were some incredible results to prove it 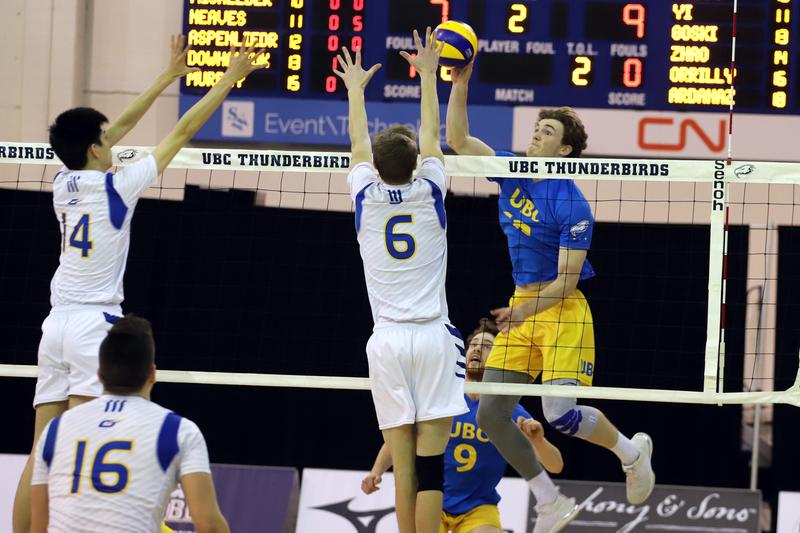 Sure, we had a few slips this weekend — losing in the Winter Classic is still at the back of our minds. Thunderbirds teams more than made up for that Friday slump though, including the men’s hockey team on Saturday afternoon. We’re talking sweeps. We’re talking clinched playoff spots. We’re talking personal milestones.

It’s almost as if Winter Classic was all a weird, extremely rowdy dream.

It was a busy weekend in Edmonton for the women’s rugby 7s team as they played their first Canada West tournament of the year. After winning all five of their games, they claimed first place in the first of three series coming up in the next few weeks. It puts UBC in the lead across the trio of tournaments with 15 points; the Lethbridge Pronghorns sit just behind them with 12 points after losing to the T-Birds 19-12 in the final on Sunday.

Some stats to note: Delaney King put up five tries, Shoshanah Seumanutafa put up two tries and eleven conversions, and Emma Feldinger put up three tries and three conversions, over their five games.

The series continues at the University of the Fraser Valley on February 2 and 3, and at UBC on March 2 and 3.

For the first time, well, all season, there’s the best possible news coming out of the volleyball camp. While much of campus was off celebrating Winter Classic, War Memorial Gym had things of its own to celebrate: series sweeps for both the men’s and women’s teams — in straight sets too.

Though it’s not the first time either side has had a series sweep this season, it is the first time both teams have found two-game success in the same weekend.

The women’s side now sit in fourth place in Canada West with a 11-7 record. The men, on the other hand, are making slow progress up the table; they’re in ninth with a 6-10 record. 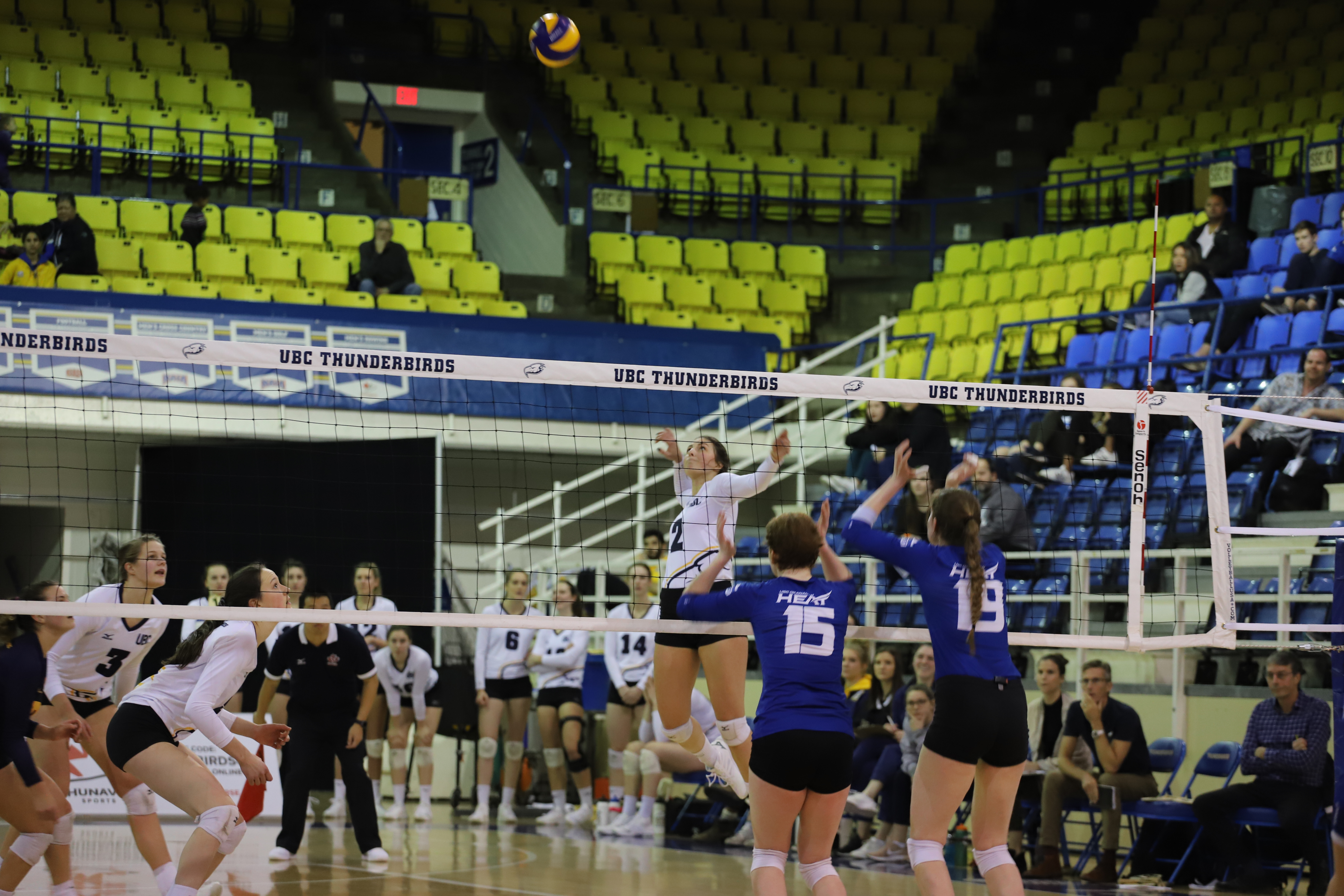 Basketball teams keep on gettin’ on

Both Thunderbirds basketball teams have been on hot streaks the last several weeks. Yet again, the teams swept their weekend games, this time against the Manitoba Bisons. The women’s side are sitting mid-Canada West table in 5th — good enough to clinch them a playoff spot with two more weekends of regular season left. The men are up in second place in the division.

Highlights over the weekend include a 34-point game from Jadon Cohee, and double doubles from Grant Shephard and Patrick Simon on the men’s side to see the team to their 94-74 Saturday win. For the women, Saturday was a stats domination for the Thunderbirds beyond just the 85-56 scoreline.

It’s been a season of ups and downs for the men’s hockey team — this weekend was no different. After a loss in the Winter Classic on Friday (3-2 in overtime), the T-Birds got some redemption on Saturday with a 4-3 win against their Winter Classic vanquishers the Calgary Dinos. The win clinched the Thunderbirds a playoff spot. 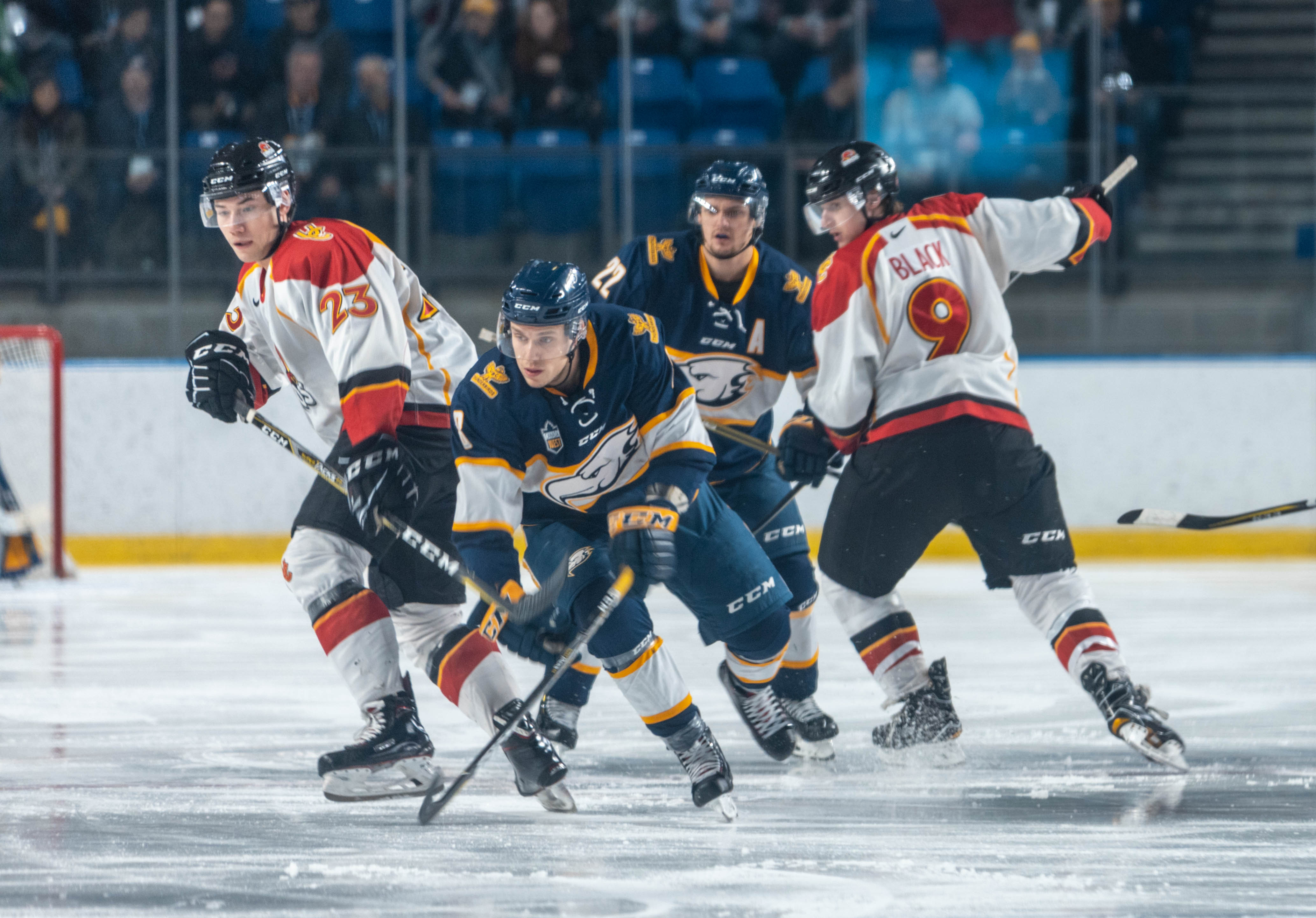 Though the women’s hockey team are still in the fight for a solidified playoff spot, their 4-1 win on Saturday had some even sweeter moments for rookie Ashley McFadden. She managed two goals and one assist on the night — her most prolific game so far in her young UBC career.

Another cool tidbit from the team this week? Goaltender Tory Micklash was named U Sports player of the week for her performances against the Alberta Golden Bears last weekend. 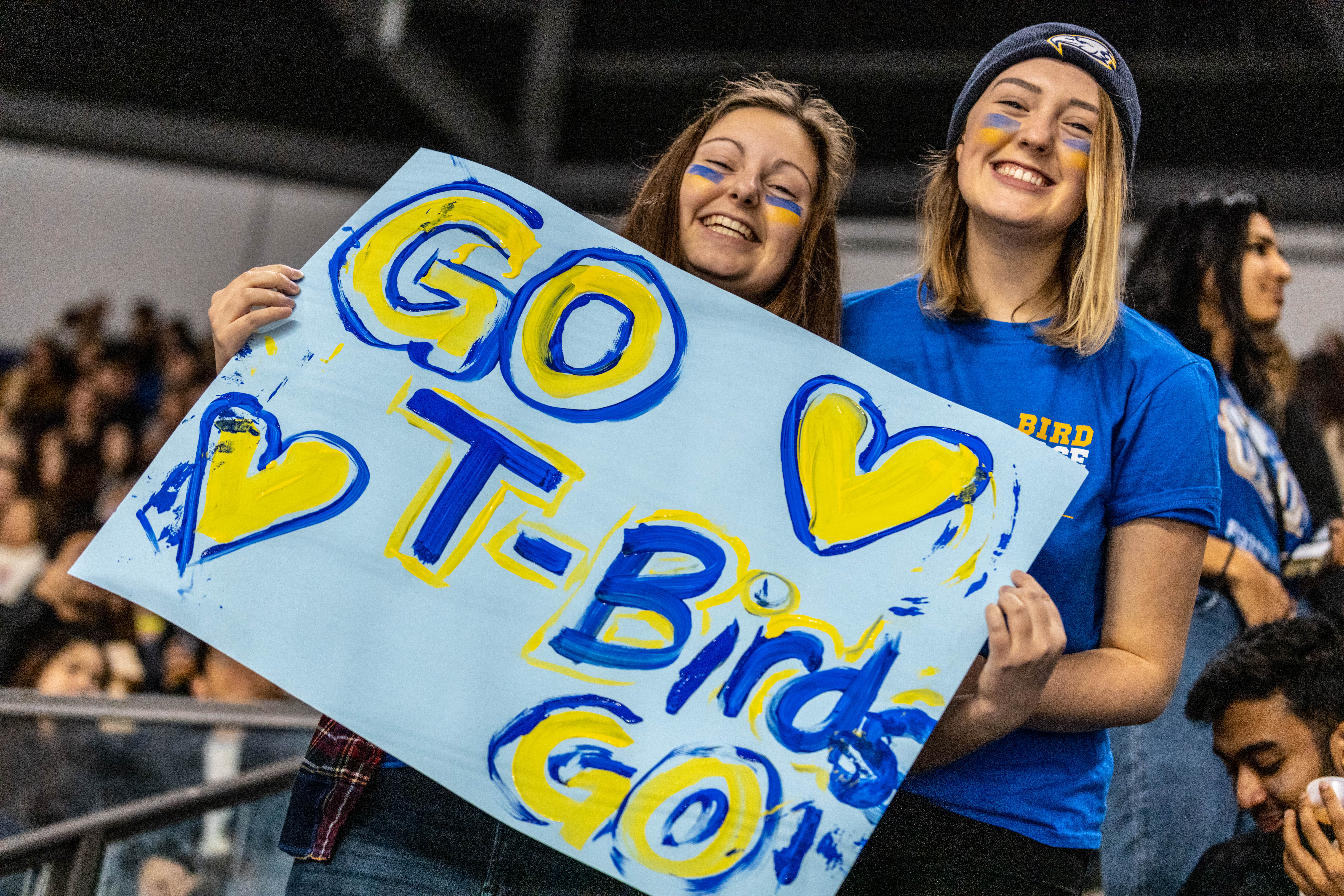 Some words of encouragement from UBC fans. Salomon Micko Benrimoh