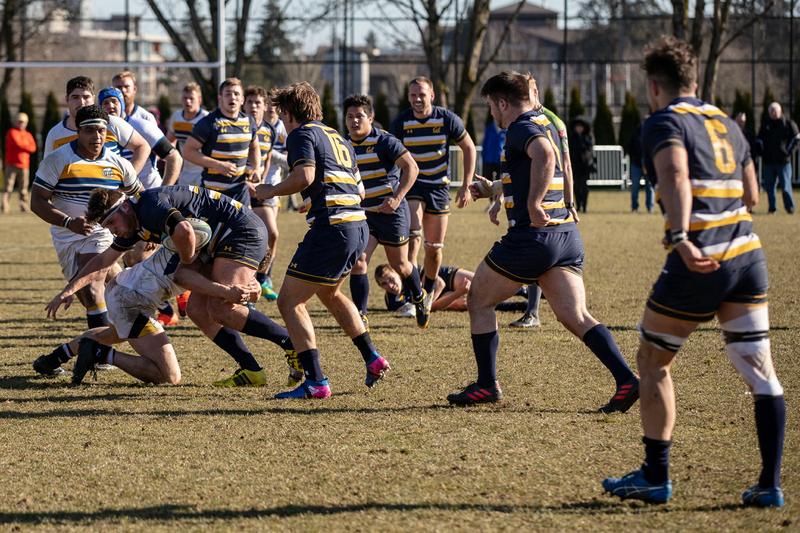 Winter season is winding down. Spring season is revving up. All crossed over on campus this weekend, and with stellar results to match.

It was a different story on the road though for Thunderbirds still on the nationals trail.

Basketball settles for second in Canada West, head to nationals fourth-ranked in country

Perhaps not the way they want to head into the national tournament this coming weekend, but the result doesn’t change the fact that they’ve punched their ticket.

In the Canada West men’s basketball finals on Saturday night, the Thunderbirds faced a humbling defeat against arguably one of the countries best teams in the Calgary Dinos. The final score was 90-75 in favour of the Albertan team.

As has become the custom, it was the duo of Manroop Clair and Jadon Cohee who led the scoring for the Thunderbirds, with Clair putting up 25 points, shortly followed by Cohee with 21. Uncharacteristically, it was a low-scoring night for Grant Shephard, who put up just nine points for UBC.

Either way, the team is heading to nationals in Halifax this-coming weekend. Hopefully they’ve learned some lessons against a national great and have some things to work on in hopes of beating them to national trophy in a few days time.

And another one bites the dust — at least in their conference.

The women's volleyball team faced the league-leading Calgary Dinos on the road in the Canada West semifinals this past weekend, losing two games (both by a score of 3-1) to take them out of the running for the Canada West title this year.

That said, the team has the chance to head to nationals over the weekend of March 15 to 17, as Canada West has four berths in the tournament with the Alberta Golden Bears hosting, two other assigned berths for Canada West and one berth for another Canada West representative.

This wasn’t technically U Sports news, but it’s a trophy nonetheless — and another for the UBC men’s rugby team.

Last weekend, the team faced the University of California Golden Bears in the opening leg of their annual World Cup series, falling 24-22 on the road. Back at home for the rematch this past weekend, another close scoreline would just barely propel the ’Birds past the Bears on aggregate. They defeated the California opponents 28-24 to win the series 50-48.

Tries were scored by Cole Keffer and Owan Ruttan throughout the match, with Adam McQueen going 1-4 on converts.

Windeler and Hawkins take down Lewis-Clarke at Tourmaline West

Continuing their run of form since their home opening series against Concordia last weekend, the Thunderbirds baseball team hosted Lewis-Clarke State at Tourmaline West Stadium over the weekend and took the series with three wins and one loss. 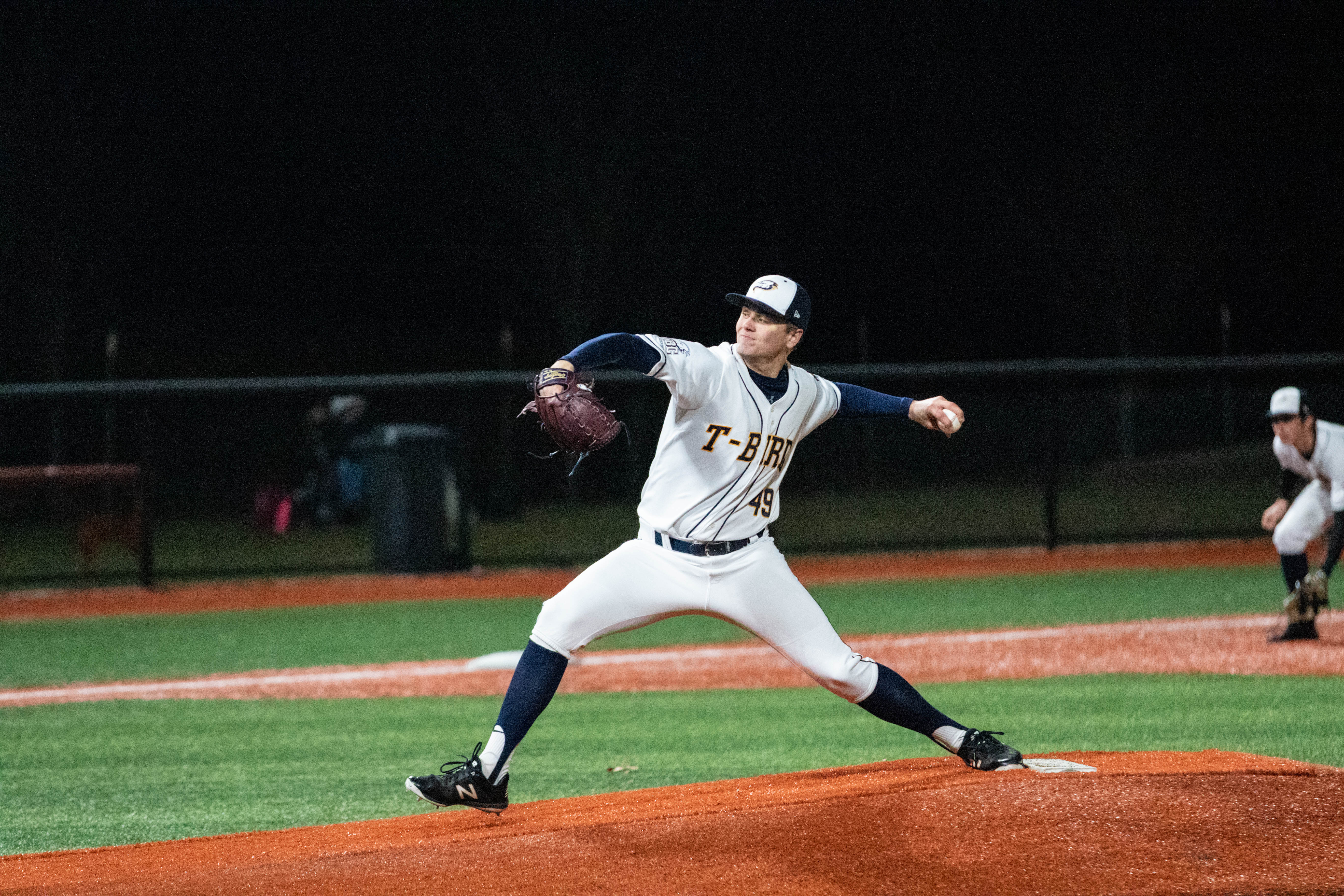 In their lone game on Friday, the team opened their weekend with an 11-5 win. In Saturday’s double-header, UBC first put up a 3-2 win, only to see their first loss of the series in the afternoon with a tight 2-1 defeat. They bounced back on Saturday, with a 4-3 win.

Sunday’s game was a notable one for Thunderbird newcomer Garrett Hawkins. He pitched the full game, earning his first conference win. On Friday, Niall Windeler also turned heads in the blue and gold, as he tied a single-game team record with 15 strikeouts.

In their home-hosted series this past weekend, the women’s rugby 7s once again dominated the field, though falling short of the illustrious tournament win at home.

On Saturday, the team played the Alberta Golden Bears, UBC Okanagan Heat and Lethbridge Pronghorns — winning all three. They opened with a 15-7 win against Alberta, followed up with a 60-0 domination of the Heat and closed out the day with a 12-10 win over the Pronghorns. 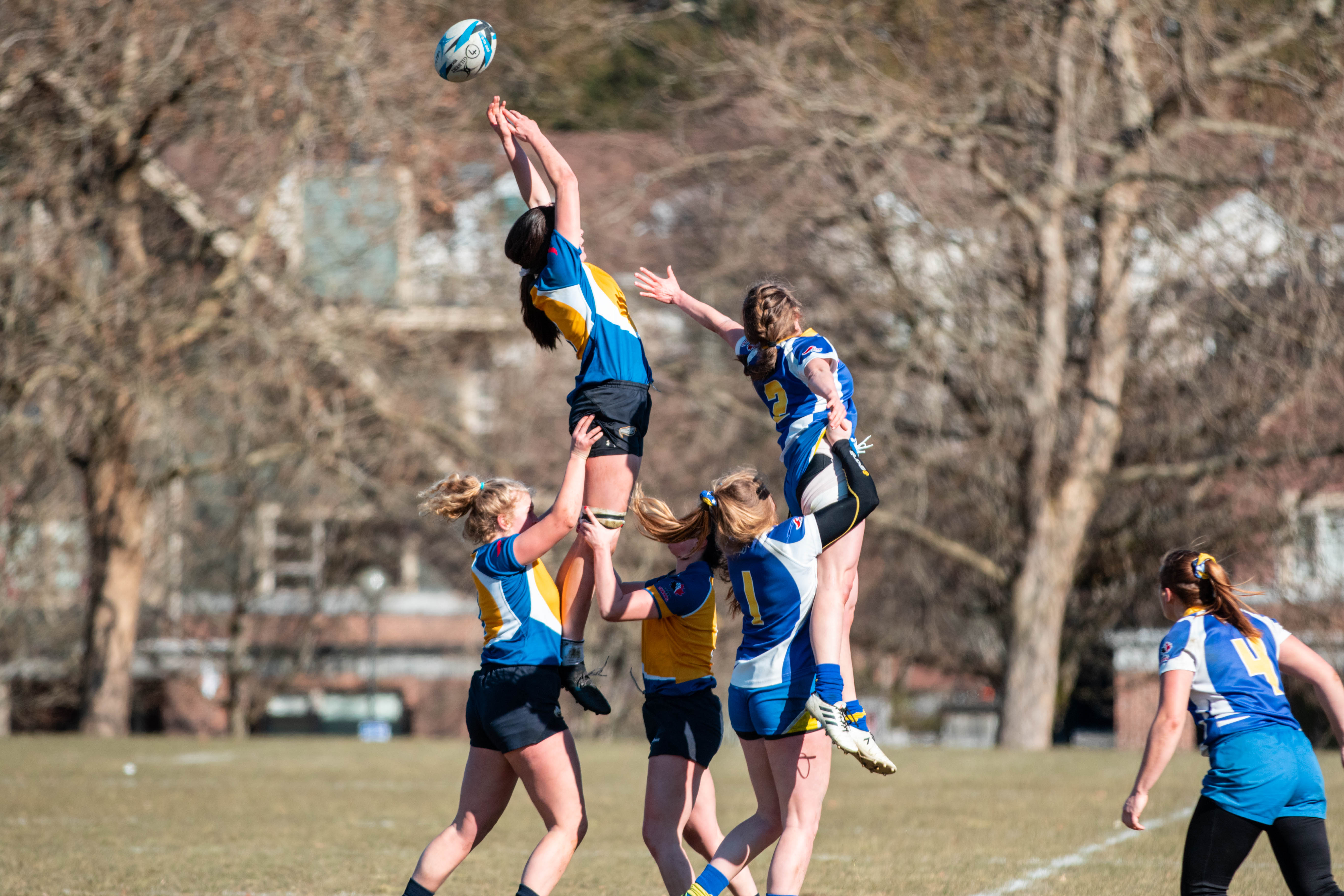 On Sunday, the team faced the Calgary Dinos to start their day, claiming a 7-5 victory. In the afternoon, they faced the University of Fraser Valley Cascades and took a commanding 29-0 win into the final match of the day: the gold medal match up against the University of Victoria Vikes. Their perfect weekend came to a grinding halt in the afternoon game, as the Vikes claimed a 12-5 victory.