Weekend Rundown: tough competition all around for Thunderbirds in opening weekend 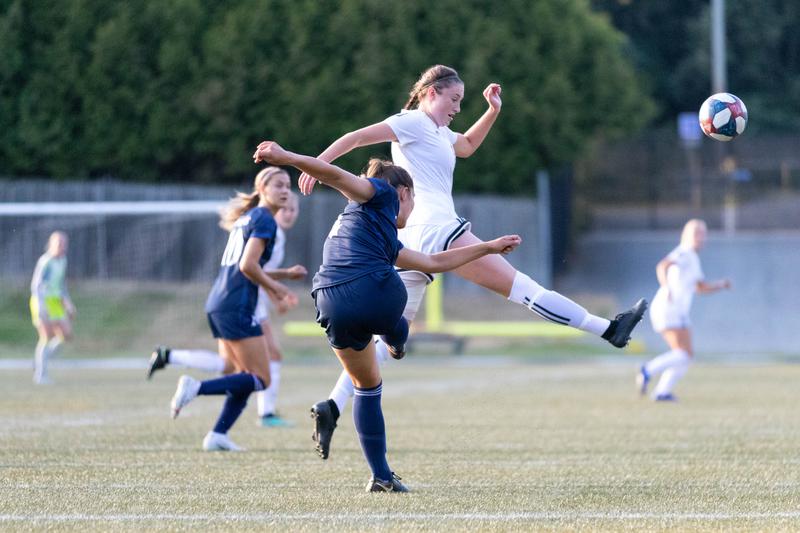 Both teams weren’t short on scoring chances in a tightly-contested match, but the defensive clinic from the two squads ultimately prevented the ball from ending up at the back of either goal.

The ’Birds dominated possession for the first 20 minutes, almost converting on a mad scramble in the Spartans goal area at the seven-minute mark of the first half. However, the rest of the half would be a different story, as the Spartans rejuvenated themselves and pinned the ball in the ’Birds’ end for the majority of play until halftime.

The best scoring chance for the Spartans would come during injury time, as a great through ball from Gabi Short sent Kathryn Harvey on a breakaway in an unsuccessful attempt to chip the ball over an aggressive Emily Moore.

“Overall we had some quality chances in the early going that we didn’t put in [and] I think that might have changed the game a bit,” Thunderbirds head coach Jesse Symons said when asked about the decline in play from his team for the latter part of the first half.

The second half of the game was more evenly contested, with both teams trading possession. The ’Birds had a golden opportunity to break the tie at the 73-minute mark when Danielle Steer launched a beautiful cross for Michelle Jang, whose header was turned away by a great reflex save by Hannah Miller.

Saturday’s game against the visiting University of the Fraser Valley Cascades was another tightly contested match which ended in a draw thanks to a late equalizer with a minute left in regulation by midfielder Sophie Damian. 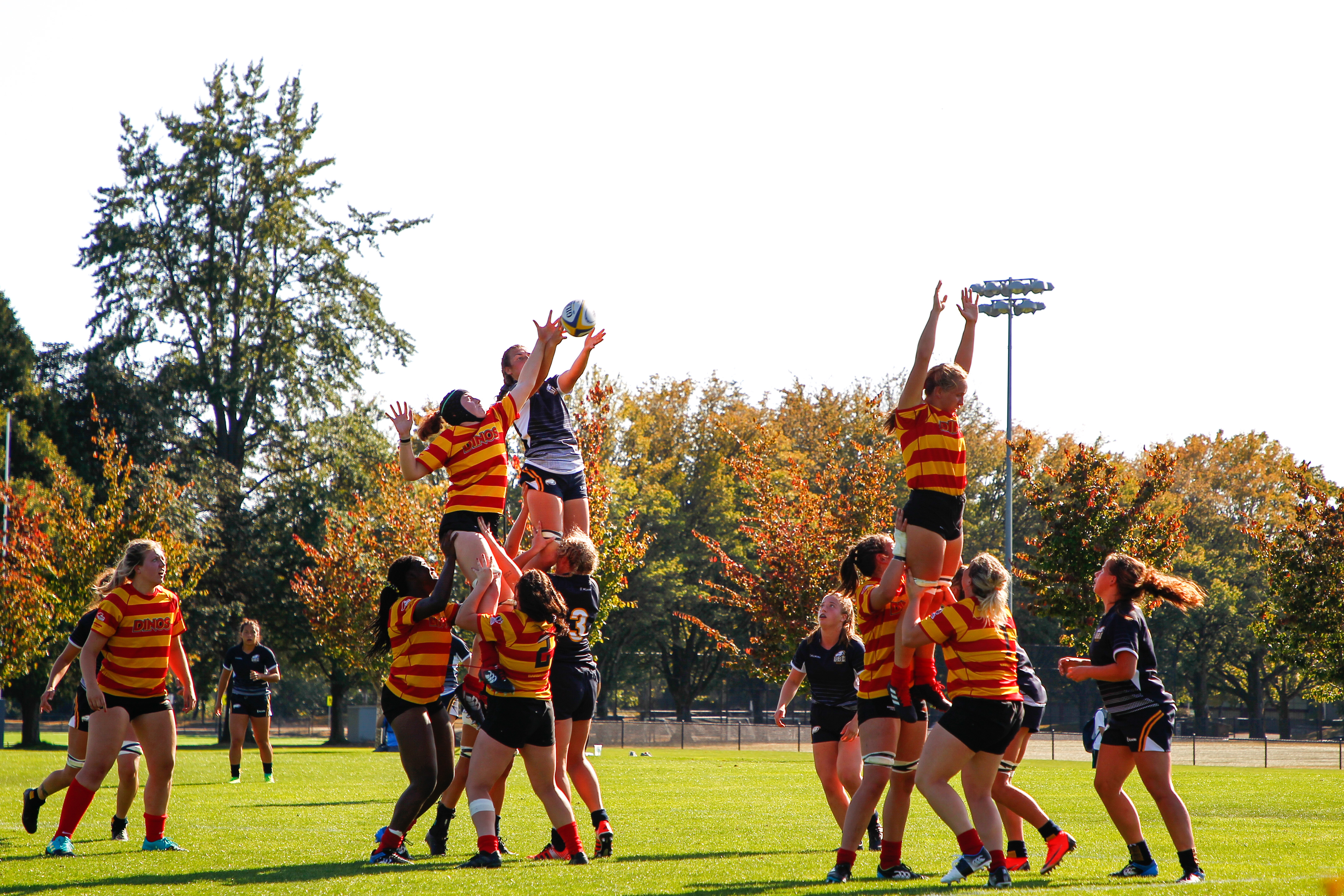 The ’Birds and Dinos matchup may very well be a prelude to the Canada West Final. Elizabeth Wang

Dinos fight back to topple ’Birds

Projected as the favourites for the Canada West title, UBC women’s rugby returned to the turf this weekend to prove their worth against the Calgary Dinos.

The home team came out strong, as tries by UBC’s Madison Gold and Gillian Boag, and two converts by Shoshanah Seumanutafa, gave the T-Birds an early 14–0 lead.

The Dinos would score one try in the first half, courtesy of Cassidy Jones, but a missed conversion allowed UBC to keep a 14–5 lead heading into the second half.

The physicality of the game started to takes its toll on the home side as Calgary continued their comeback in the second half.

In the 53rd minute, Samantha May scored the second try for the Dinos and, not too long after UBC’s Emma Feldinger exited the game, Cassidy Jones scored her second try of the day to give the visitors their first lead of the game at 15–14.

With momentum on their side, the Dinos would add to their lead with one last try and come away with the win, at 22–14, in a game that could very well be a preview of this year’s Canada West Final.

The T-Birds will travel to Vancouver Island next weekend to take on their rival, the University of Victoria Vikes, in hopes of winning their first game of the young season. 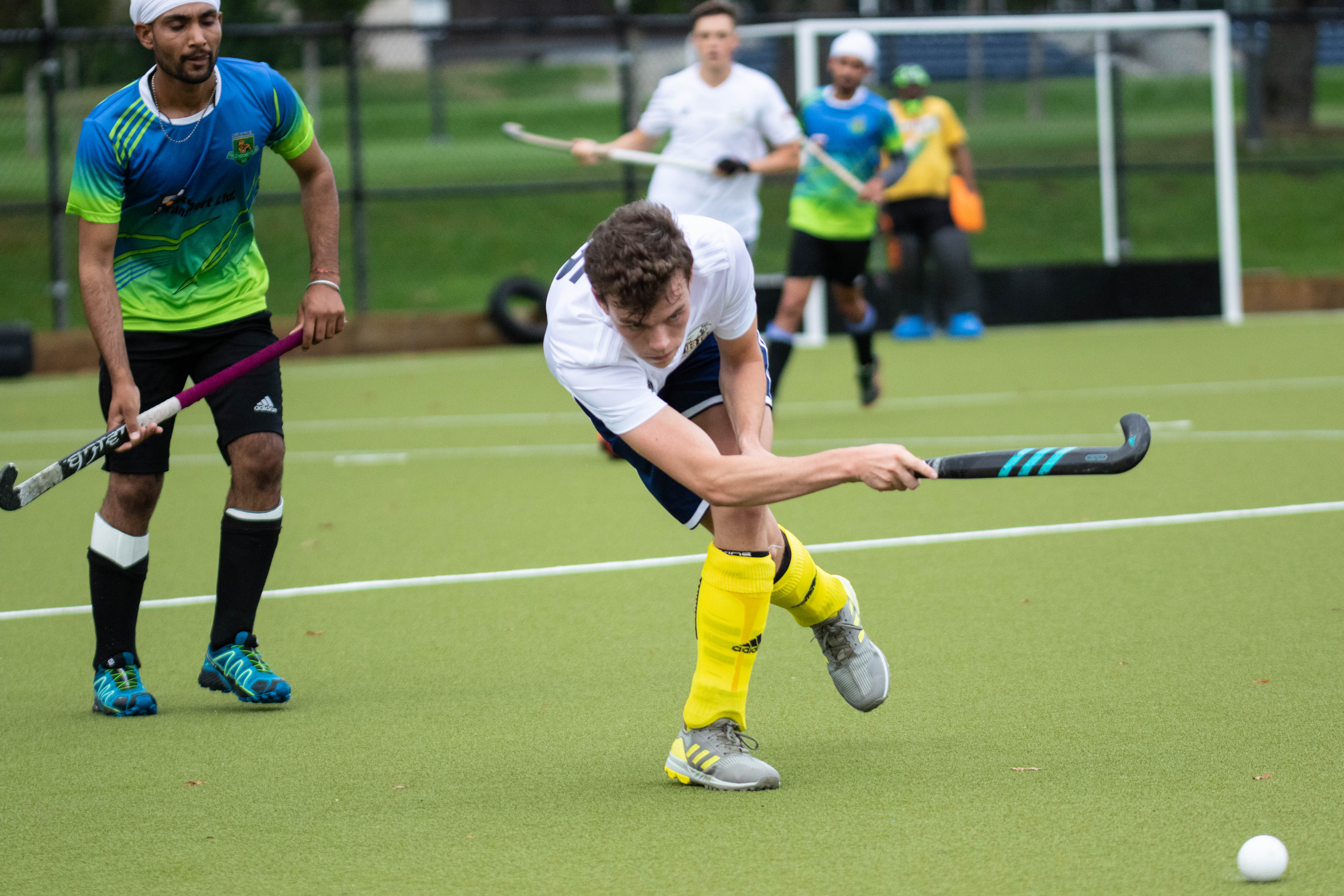 The UBC Thunderbirds men’s field hockey team are fresh off a summer that saw two current players, Balraj Panesar and James Wallace, join a national team roster full of T-Bird alumni at the 2019 Pan American games in Lima, Peru. Back on campus at Wright Field, the ’Birds got off to a solid start against the visiting Surrey Lions Field Hockey Club, taking the game 3–2.

It’s the first time the team has managed to walk away with a win against the Surrey squad in over three seasons. Even though there is no U Sports league for men’s field hockey and the Thunderbirds play in the local Vancouver Men’s Field Hockey League where competition remains constant and challenging.

The Thunderbirds, playing with a fresh-faced roster which includes seven players in their first year, battled hard with the Lions throughout the game and play constantly shifted from side to side of the field.

Despite some threatening shots from the Lions, especially off penalties, veteran fourth-year goalkeeper Angus Grauer shut the door and did not hesitate to come all the way out of his crease to break a Lions offensive drive.

The win is a good start for head coach Kinder Gill’s squad, especially over a team that the ’Birds have not been able to win against over the last few years. Their next game comes Saturday, September 14 at home at Wright Field against one of the oldest clubs in the province and a team that finished third in the standings last year, India Field Hockey Club.

If the ’Birds want to have this season make up for their last few middle-of-the-pack finishes, they’ll need to keep the momentum they have from their win against the Lions going. 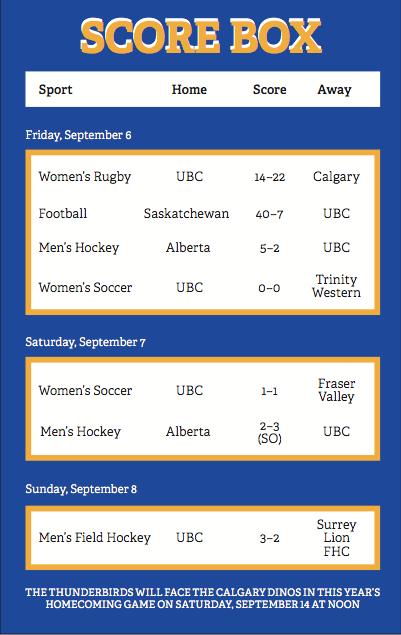