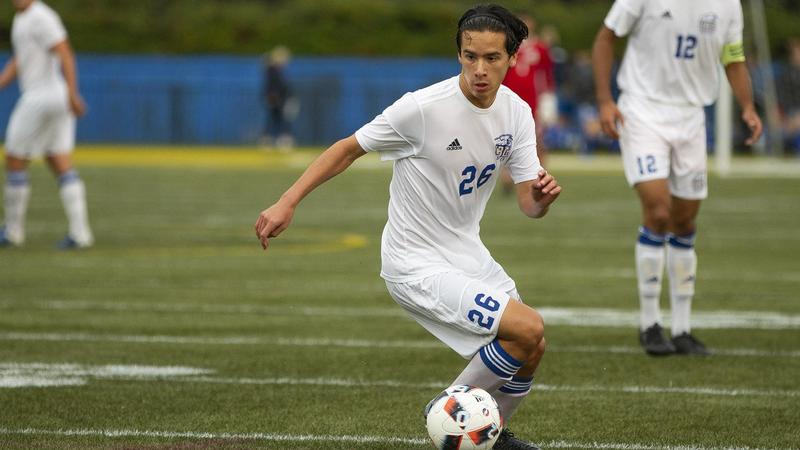 The Thunderbirds varsity seasons continue to ramp up, with 11 teams in action throughout the past week. Despite Homecoming football heartbreak, UBC had a dominant week in sports, capped off by two golf tournament titles, two weekend sweeps by T-Birds soccer teams and UBC’s Caleb Clarke looking to defend his U Sports male athlete of the week title. Here are five things you need to know for this past week in UBC varsity sports:

The Thunderbirds golf team continues to make their case as UBC’s most exciting team. Early last week, both the women’s and men’s golf teams stormed into Caldwell, Idaho for the College of Idaho Invitational Tournament and walked away with two first place titles.

UBC is the team to beat in the Cascade Conference, but divisional play won’t continue again until the spring. In the meantime, the teams will look to continue rolling as they travel to Bellingham for the Western Washington University Invitational in the coming weeks. 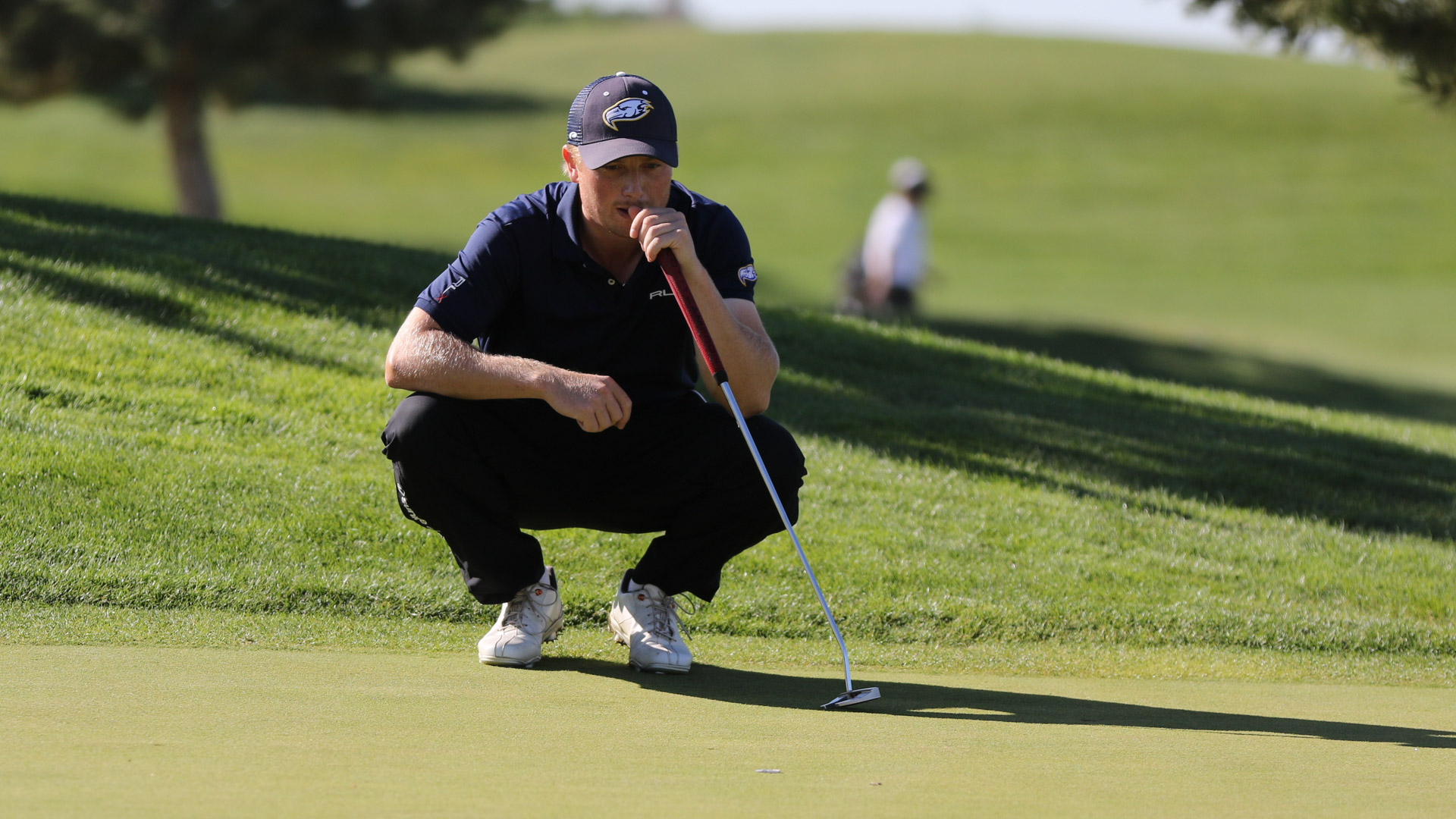 The UBC men’s soccer team continued their recent streak of stellar play with a pair of wins at home over the weekend. Thomas Gardner, the lone goal-scorer in a 1-0 victory over Mount Royal on Friday, would pick up a pair of goals on the weekend. He would find the net once more on Saturday with a beautiful free kick goal, the eventual game winner in a 3-1 come-from-behind victory over the MacEwan Griffins.

Crowned the U Sports male athlete of the week for his heroics two weekends ago, Caleb Clarke would tap home his seventh goal of the season to cap off Saturday’s victory — he currently remains atop the Canada West goal-scoring leaderboard. Clarke and the T-Birds show no signs of slowing down, entering next weekend’s action as the league’s top team and the only undefeated squad in the Pacific Division. It’s a promising start for the national tournament hosts, to say the least.

After a strong — and somewhat surprising — start to Saturday night’s UBC football game, second-half mistakes left the door open for the undefeated Calgary Dinos to storm back and stun the Homecoming crowd. Through the first half, UBC looked strong, scoring 17 and keeping Calgary’s powerhouse offense from reaching the end-zone. The T-Bird’s secondary was particularly formidable — the team broke up 10 passes and second-year back Stavros Katsantonis returned an interception for a touchdown.

Things would fall apart for the team in the second half, however, as the team gave up 24 points including back-to-back touchdowns with less than ten minutes left. UBC would end up losing a one-possession game — their third straight loss — by a final score of 32-28.

Although their performance exceeded expectations after a 57-7 thrashing at the hands of the Dinos just two weeks ago, the team will not be happy about dropping a very winnable game in front of the Homecoming crowd.

See our Homecoming recap for more details on the match up.

After back-to-back weekends in which they split their games, the women’s soccer team looked to get back on track as they continued their four-game stint at home. Behind a pair of clean-sheets posted by goalkeepers Emily Moore and Sarah Johns, the team rolled through their games on Friday and Saturday and moved to 5-2 on the season. The T-Birds would rout a couple of provincial rivals, taking down UBC Okanagan 2-0 and stomping Thompson Rivers University (TRU) by a score of 3-0.

The spark that the UBC offense showed last Friday in their victory over Lethbridge carried into this weekend’s match-ups, as the forwards continued to demonstrate their goal-scoring prowess. Michelle Jang would score a pair on the weekend, including one as a substitute in Saturday’s game. Danielle Steer put together another monstrous performance on the weekend, scoring in Friday’s game and having a hand in each of the goals scored in the victory against TRU — one goal and two assists, to be exact. 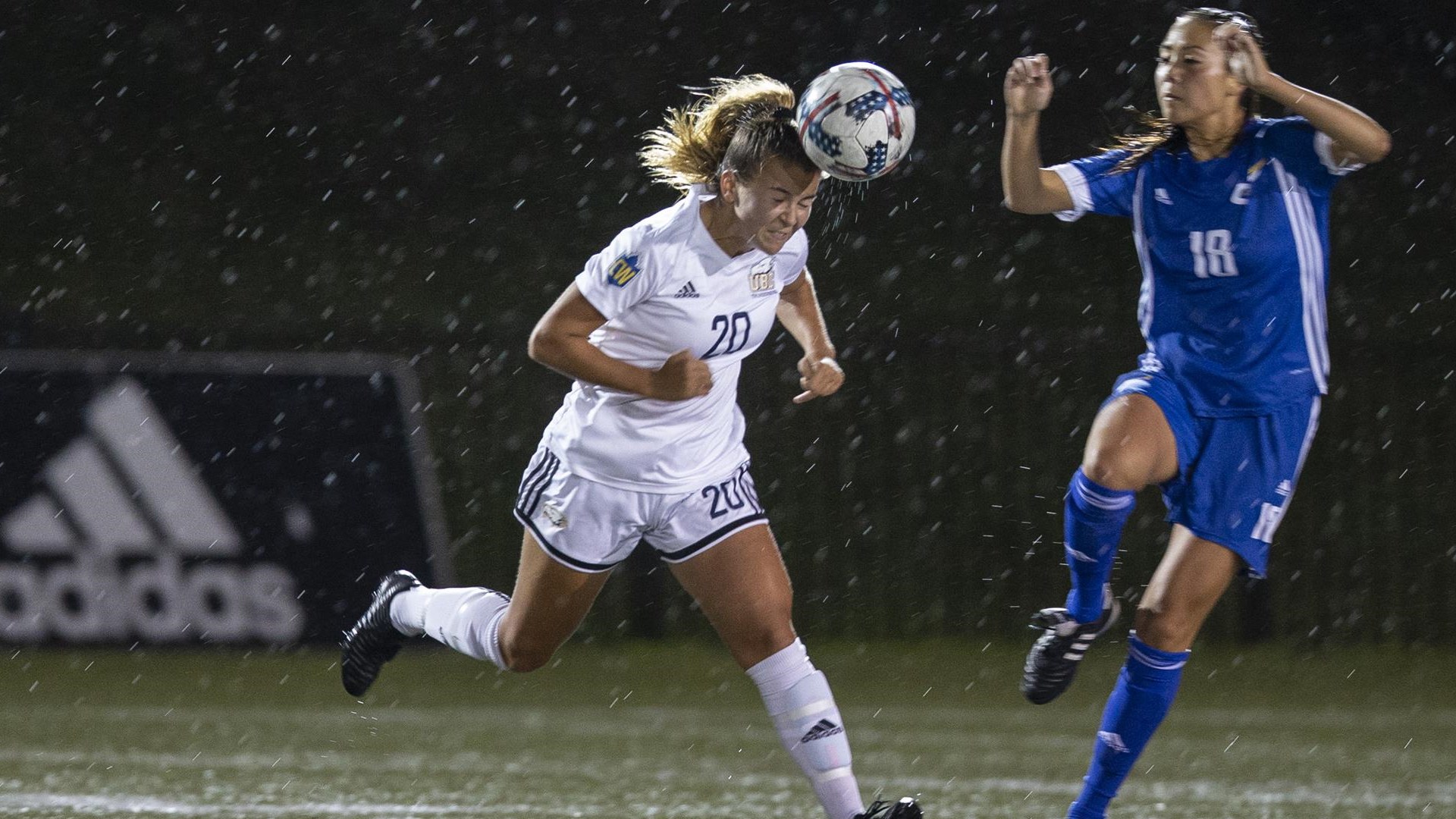 UBC’s two ice hockey teams and the men’s basketball team were in action over the weekend in exhibition games. The teams are looking to round into Canada West form with meaningful games upcoming on their schedules.

The women’s hockey team dropped a pair of exhibition games in Minnesota, with one left to play on Monday. They have a week off before starting their Canada West season at home over the Thanksgiving weekend.

The men’s hockey team picked up a pair of wins over local teams, beating Simon Fraser’s Club team 4-1 and Trinity Western University 6-2 to claim the Captain’s Cup for the second year in a row. The team has a short turnaround this week as they travel to Lethbridge to open their Canada West season against the Pronghorns on Friday.

UBC’s men’s basketball team crushed the Seattle Mountaineers 105-58 on Sunday as they prepare to host the UBC Invitational over the Thanksgiving weekend. They have just one weekend off before tournament play has them travelling across the country for the rest of October, with games at home in Vancouver, in Ontario for the Waterloo Naismith Tournament and in Edmonton for the Alberta Golden Bear Invitational.