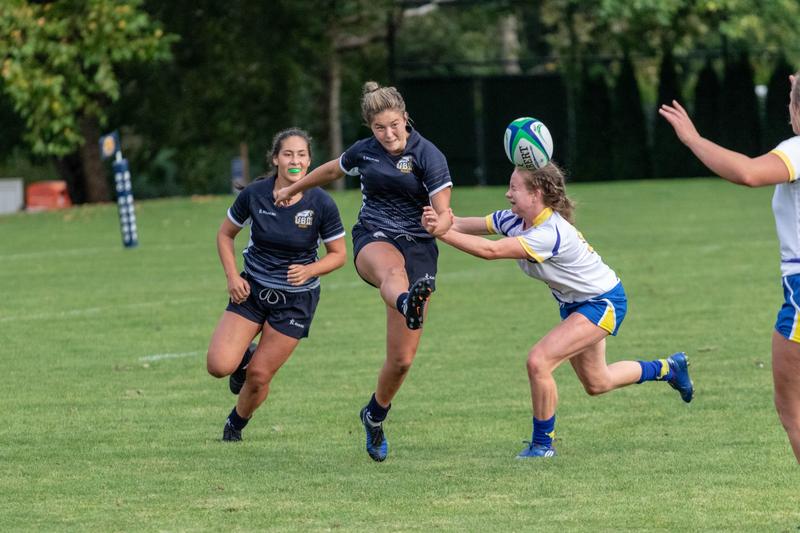 With both field hockey teams now back in action, varsity sports are really up and running on campus — and we got a good dose of what’s in store for the rest of the season this past weekend. Epic wins, heartbreaking last-minute defeats and renowned rivalries were all on the books for the ’Birds.

Twelve games were played across the Thunderbird program over the weekend. Here are a few of the highlights:

It’s been three weekends since women’s soccer started, and a trio of impressive goal-scorers is finally emerging with the likes of Emma Cunningham, Michelle Jang and Danielle Steer. In their 4-0 win against the Lethbridge Pronghorns on Friday night, the three offensive players combined on the majority of UBC’s goal frenzy in the second half. In the 49th minute, Michelle Jang launched a free kick into the box, which took a funny bounce past Pronghorns keeper Chelsey Galbraith to open the scoring (Jang wasn’t officially credited for the goal, but let’s give her the props anyways). Ten minutes later, Cunningham would get on the end of a Jang cross to put away UBC’s second. From there, Steer took the reins to put two goals away in fifteen minutes — Cunningham would claim one of the two assists.

These three will be ones to watch for as the season progresses, especially Steer who has scored four of UBC’s ten goals so far.

Pronghorns Chelsey Galbraith reaches to make a save against UBC. Ryan Neale

Women’s rugby is on the win streak

It’s been two games and the women’s rugby team has already surpassed their total number of wins from last season. That’s right, they are on the win streak — two wins to be exact. After taking down the University of Victoria Vikes last weekend, UBC kept the good times rolling with an impressive 22-7 win against the Lethbridge Pronghorns on Friday evening. Bearing in mind that the ’Horns beat the ’Birds twice last season, including in the Canada West finals, that’s a huge success for a team who saw a pretty hefty turnover in the off-season. What’s more, most of the win came in the second half of the game, as the team scored 17 of their points in the final 40 minutes. 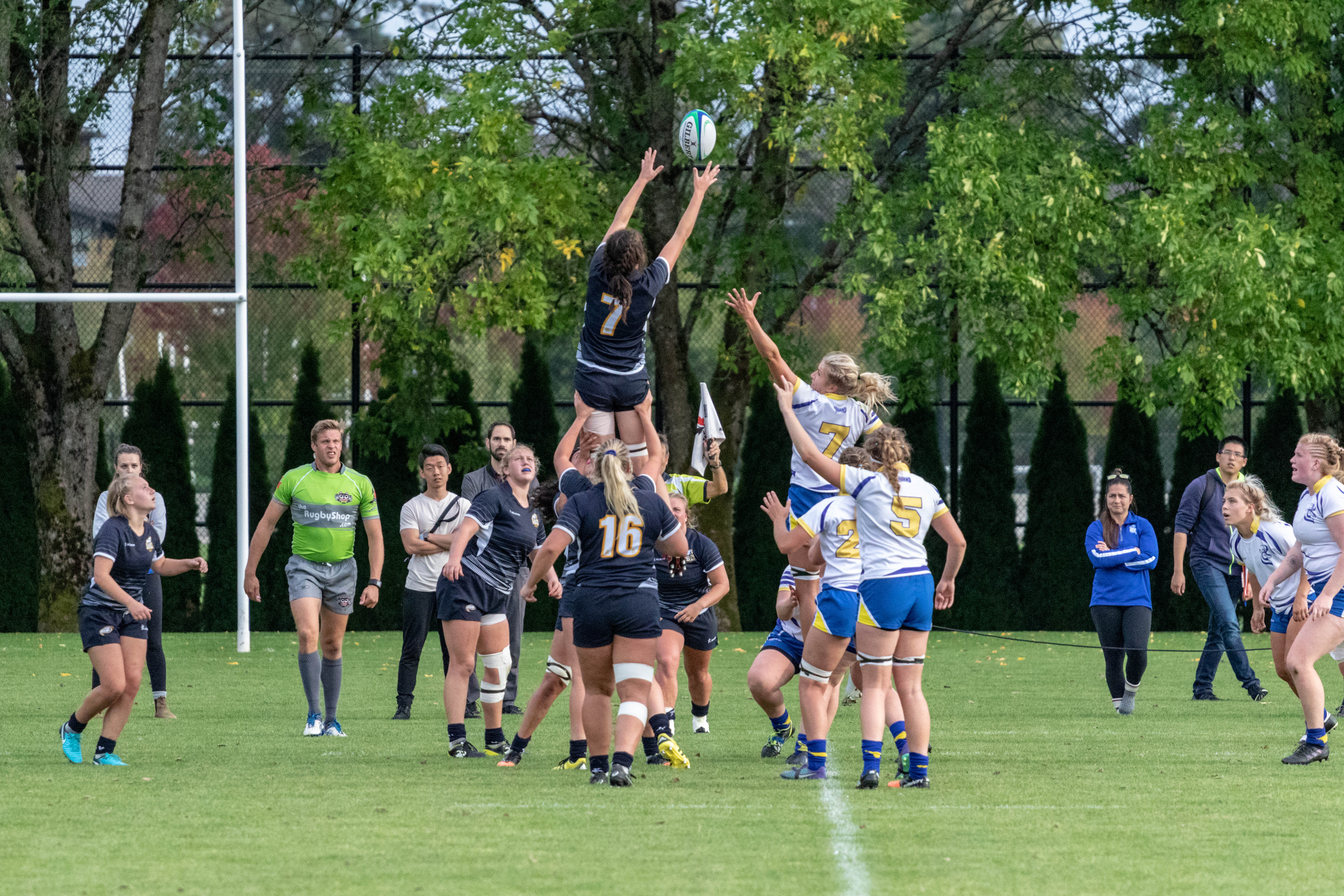 Heartbreaker for football in Regina

After a sizable defeat against the Calgary Dinos last weekend, it was another heartbreaker for the T-Birds on the road on Friday — at least this time it wasn’t a 50-point difference. On the final play of the game, Regina Ram Aldo Galvan put away a 10-yard field goal to claim a 19-17 win. The defeat came after a big comeback for the T-Birds in the fourth quarter, as Trivel Pinto scored a touchdown with 2:09 left on the clock to put the blue and gold ahead by one point.

The team will have to have a serious regroup before Homecoming on Saturday, where they will again have to face the Calgary Dinos and get past their last 57-7 loss against them as well as two weekends of road games that put them at a 1-2 record so far this year.

The women’s field hockey team (and seven-time national champions) got their season going on Saturday morning against a familiar foe: UVic. And, similar to last season, the match ended in a tie — a 2-2 tie to be exact. Unlike last year, though, the Vikes continued to cause the ’Birds some trouble in their second match of the weekend, settling for a 0-0 tie on Sunday morning. Fourth-year Niki Best and third-year Abbey MacLellan were the goal-scorers for UBC over the weekend. First-years Alix Vanry and Izzy Fraser also earned their places in the lineup, a good sign of the changing times on the team as they go into a season with a new head coach and several new recruits. 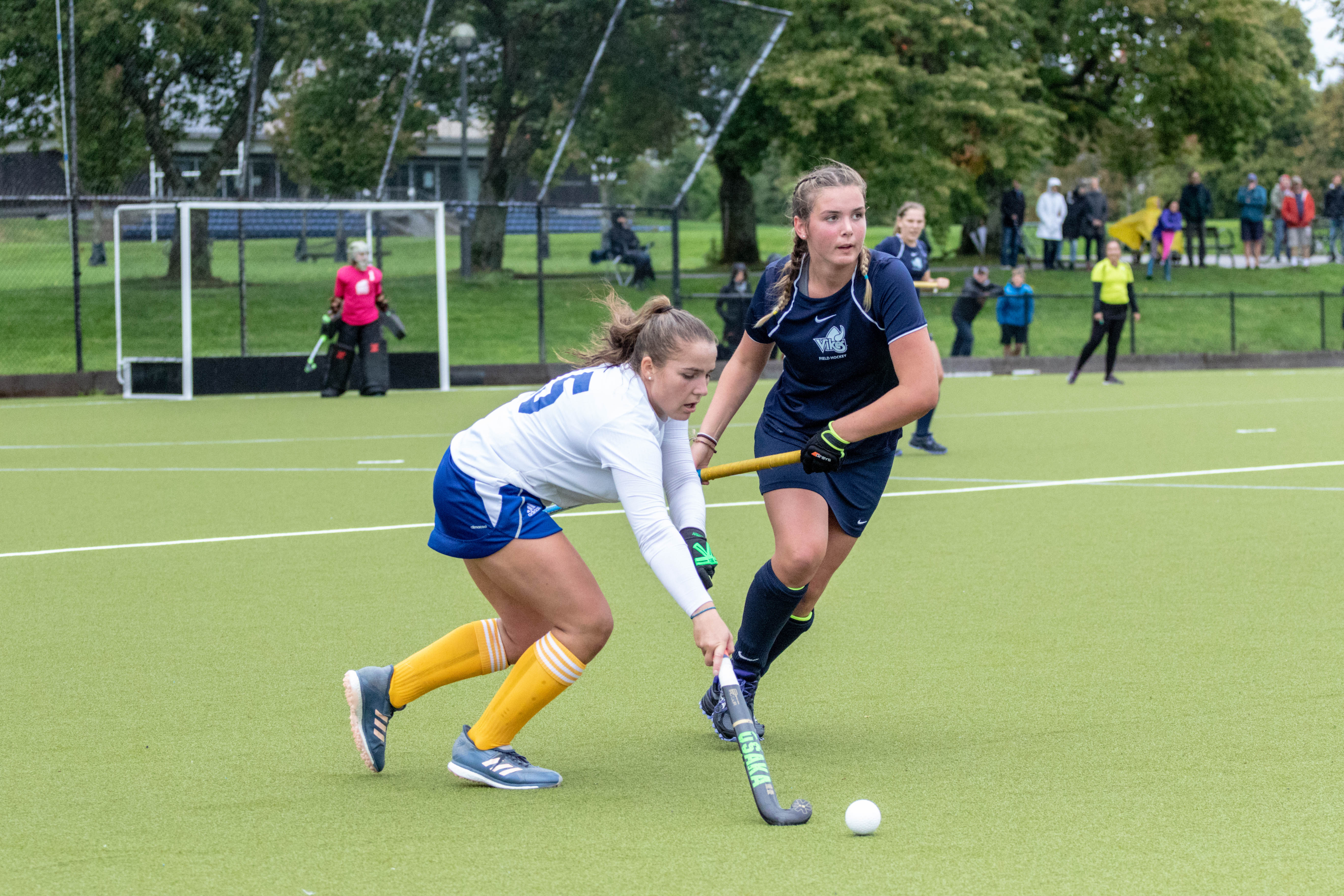 Just like the women’s team, UBC’s men’s field hockey got their season going over the weekend in the Vancouver Men’s Field Hockey League. Their first opponents were Burnaby Lake FHC, who they had a mixed series against last year: UBC lost 3-2 to them early in November, but turned the tables with a 6-1 win just two weeks later. This time around, the ’Birds got the best of Burnaby, putting up an impressive 5-1 win at Eric Hamber field.

Last year, the name on the tips of everyone’s tongue when it came to the men’s soccer team was Victory Shumbusho. So far this year, it’s been Caleb Clarke. His striking prowess was on show again this past weekend, as he netted one of UBC’s goals in their 3-0 win on Saturday and, even more impressively, put away a hat trick on Sunday to give the team a 4-1 win. Clarke has scored six of UBC’s 16 goals so far this season, and in just six games too, putting him at the top of the leaderboard in terms of goals scored in Canada West, alongside the University of Fraser Valley’s Gurmaan Jhaj. The striker has also banked two assists for the team, proving he’s capable of sharing the goal wealth when needed.

For additional information on games, see the UBC Athletics website.