The Blitz: Alberta Golden Bears bear down on UBC 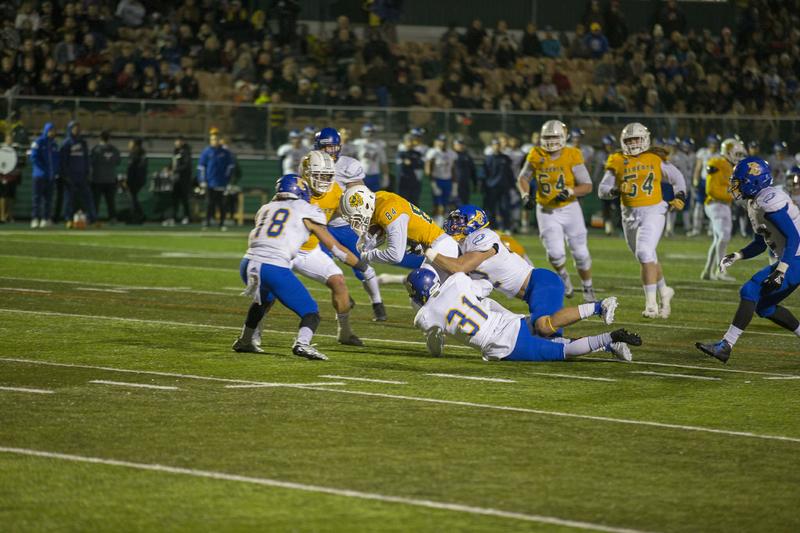 Three years have elapsed since UBC won the Vanier Cup and any hope of repeating that feat, let alone making the playoffs, is quickly vanishing after a 26-21 loss to the Alberta Golden Bears — who came into the game winless — this past Friday.

With destiny in their hands, UBC quarterback Michael O’Connor failed to connect with receiver Marcus Browne for a game-winning touchdown in the dying seconds of the fourth quarter, handing the Golden Bears (1-4) their first win of the season and extending the Thunderbirds’ (1-4) losing skid to four.

The T-Birds didn’t do a lot of things wrong on Friday, but here’s where it went sideways:

This has been a season-long problem for UBC — they allow an average of 147 rushing yards to opposing teams every game. The ’Birds have been unlucky in losing their best defensive lineman, Sheridan Lawley, to injury which only exacerbates their existing issues. It’s so important to shut down the run game, given that it helps a team’s pass defense by keeping the secondary focused on coverage instead of run holes. To do this, UBC needs to play more man-to-man defensive packages on first down, which requires trusting your defensive backs. Otherwise, they’ll continue to get burned.

Playing down to the wire

For the third consecutive week, the ’Birds lost by a single possession in crunch time. Sure, you can argue that they shouldn’t allow their weaker opponent to put them in that spot, but closing out games is a characteristic all championship-calibre teams have in their arsenal — just ask Calgary. The final play of the game was a 50/50 ball to Browne, but he was in the wrong position — behind the defender — making it almost impossible to secure the catch in the corner of the end-zone. That’s only one example of numerous instances the T-Birds have hurt themselves in crunch time.

On a positive note, O’Connor played very well, throwing for over 300 yards and 2 touchdowns with no turnovers. Ben Cummings had a 45-yard touchdown reception out of the backfield and Trivel Pinto continued to rack up the receptions with seven.

UBC will play the Saskatchewan Huskies (3-2) next in their ‘Blackout Game’ on October 12. It is essentially a must-win if they still hope to make the playoffs.