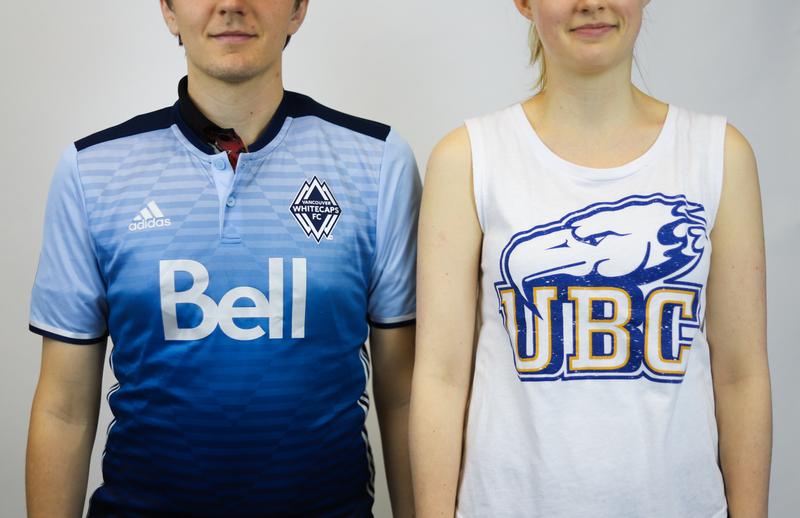 There is a longstanding tradition of former Whitecaps players turning to UBC to continue their soccer careers. Samantha McCabe

“When I decided to come here, it was to win nationals,” said 25-year-old UBC striker Caleb Clarke.

To some, Clarke is known as a prolific striker for the UBC men’s soccer team, having netted eight goals during the regular season despite appearing in only ten games. To others, he is known as that guy The Ubyssey couldn’t stop writing about at the start of the fall term. What many might not know about Clarke, though, is that he is one of several UBC players who were affiliated at one point with the Vancouver Whitecaps — a trend that can be seen across UBC’s roster over the last decade.

Although the Whitecaps franchise was established in 2008, the connection between the ’Caps and UBC originally began when the Whitecaps FC residency program was created in 2007, according to UBC coach Mike Mosher.

“We were able to get some players from that program way back when and some of those guys started to form the core of our team in 2010,” Mosher said. “A lot of former initial residency players were key players for us in some of our national championship [games] in 2012, 2013.”

In both those seasons, UBC claimed the national title.

The Whitecaps website describes the residency program as a “development program unlike any other in North America” with the goal to “maximize a player’s potential on and off the field.” Former residency players and current UBC men’s soccer elites agree with this description.

“It’s pretty professional. Probably the most professional environment for youth [in the] Lower Mainland, or maybe even Canada. It’s day in, day out,” said UBC central defender and former residency player Riley Pang about the culture of the residency team.

Given the training players received in the Whitecaps FC residency program, it’s easy to understand why several have become such significant contributors as part of the T-Birds roster. It also contributes to why UBC is a enduring contender nationally in men’s soccer.

When it comes to why these players are choosing to come to UBC, the answer is not as clear cut.

“I would like to think that those two in combination are the real attractions,” Mosher said.

For certain players, both are undoubtedly important factors when deciding on where to play for university. With regard to the men’s soccer team, they have won the national title 13 times since their first trophy in 1974.

However, both Clarke and UBC midfielder Thomas Gardner — who also used to play for Whitecaps FC II player as a part of the United Soccer League (USL) — mentioned previous connections to Mosher as reasons for choosing UBC. The Whitecaps residency program also trains on UBC’s campus, providing UBC a major advantage in recruiting top soccer talents.

Despite there being no formal agreement between the Whitecaps and UBC in terms of exchanging players, having the Whitecaps program train on UBC’s campus allows the players on both teams to interact every so often. Both Pang and Clarke said they recognize familiar faces when UBC trains at the National Soccer Development Centre. The pitch, located just off Wesbrook Mall beside the Rashpal Dhillon Track and Field Oval, is the Vancouver Whitecaps FC’s first team training centre. 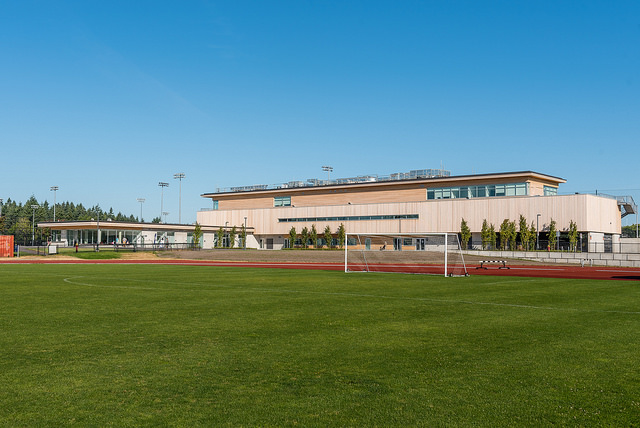 Gardner described the culture when he was with the Whitecaps residency program as feeling “like a family,” and even called the move to UBC “pretty easy” given that he was already training on campus with the ’Caps.

Other benefits include the fact that UBC scrimmages against the Whitecaps teams before their seasons starts — yet another point of contact between the two programs and their players. This helps Whitecaps players become familiar with the campus as well as the culture and players of the UBC soccer team, making their transition and their choice of university a lot simpler.

Players choosing to move from a professional soccer development program to pursue university studies is not unusual in Canada, either. Mosher explained that collegiate teams like York, Montreal and Carleton all receive recruits from the academies of Toronto and the Montreal Impact, which helps those universities constantly outperform their competitors out east.

In the end, having a major league soccer franchise establish an academy to develop its own players helps nearby universities.

“After my last USL season, the team collapsed,” Gardner explained of his own move to UBC. "I think I knew I didn’t want to go try a different USL team somewhere else and I thought school would be a good option so UBC seem like the best place to come.”

With nationals coming up this weekend, Clarke, Pang and Gardner all expressed a common desire to win it all in front of their home crowd for the 14th national championship in men’s soccer. Mosher stressed that in order to do so, the team will need to play “tight defensively,” showing an awareness of the multitude of challenges that other teams will bring to Thunderbird Stadium.

As many of his players have been through that high level of stress within the Whitecaps programs, this shouldn't be too much of an ask.

No matter what obstacles the team encounters this weekend, the biggest challenge might actually be for the rest of the U Sports teams to stop that Whitecaps pipeline of talent UBC has fostered as it continues to flourish on the Point Grey peninsula.