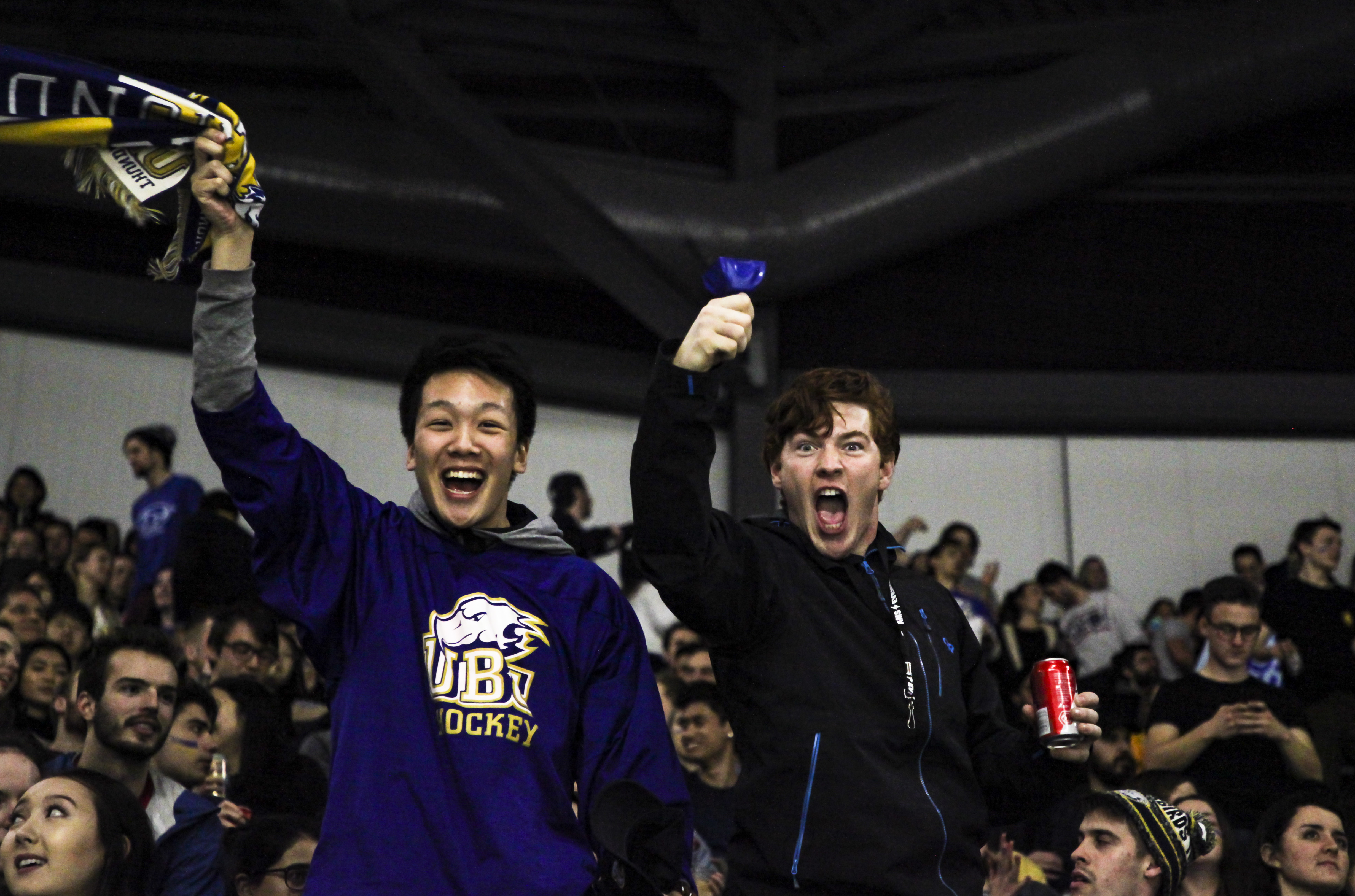 “I thought we were right there,” head coach Sven Butenschon said post-game. “We did a lot of good things. It was a good character comeback there in the third period. In overtime, we lost our coverage and they capitalized”

“There’s no crying in baseball,” Tom Hanks famously said in A League of Their Own.

Yet when it comes to the Thunderbirds men’s hockey team, it's hard not to shed a tear for group who continued their losing streak on Friday night with a 3-2 Winter Classic loss against the Calgary Dinos.

The outcome didn't make it any quieter at Doug Mitchell Sports Centre, which boasted a crowd of 5,766 for the annual festival game.

“I think it was the loudest I’ve seen it in all the Winter Classics,” UBC head coach Sven Butenschon said post-game. “[The crowd] sure brought their energy and we were feeding off of it.” 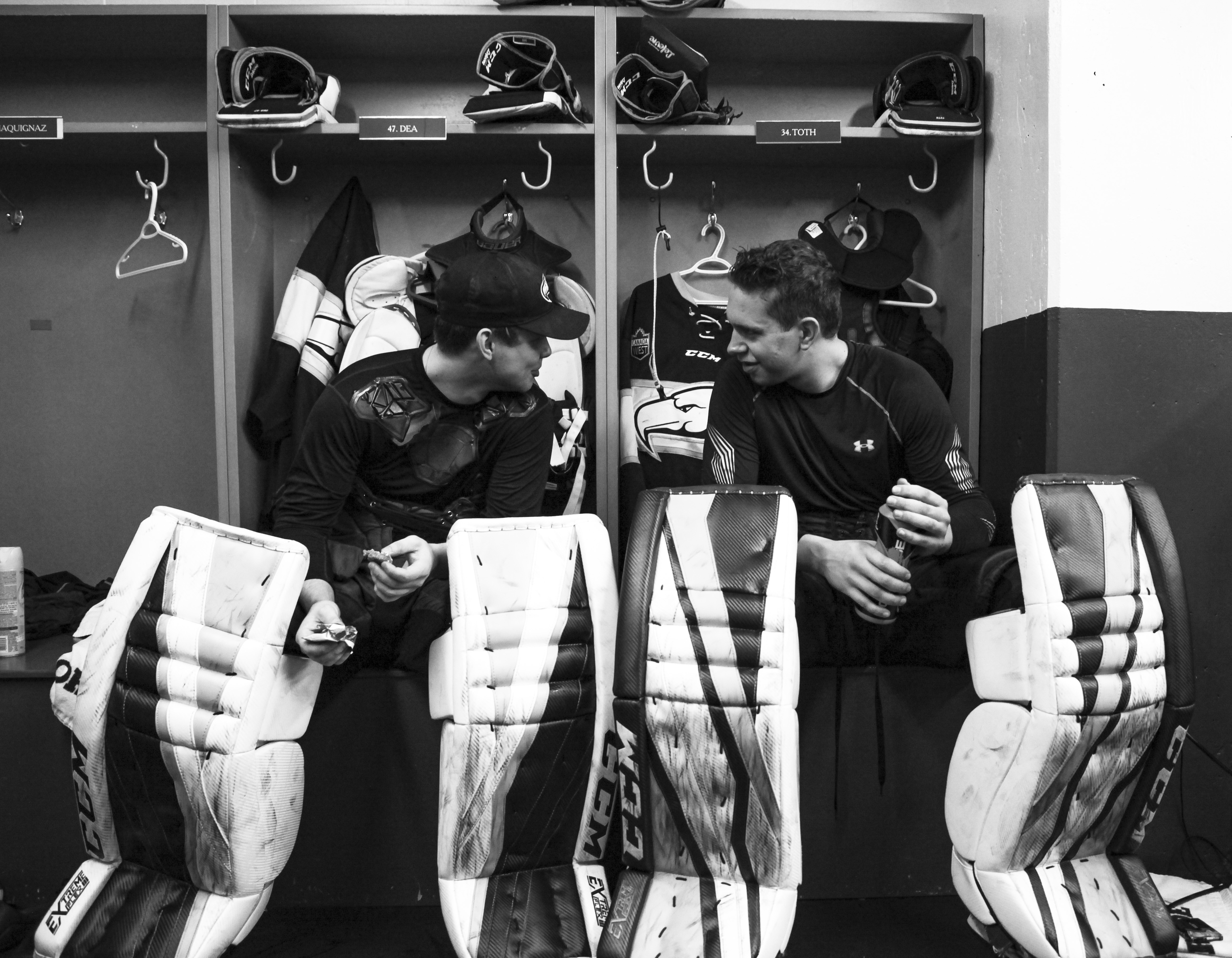 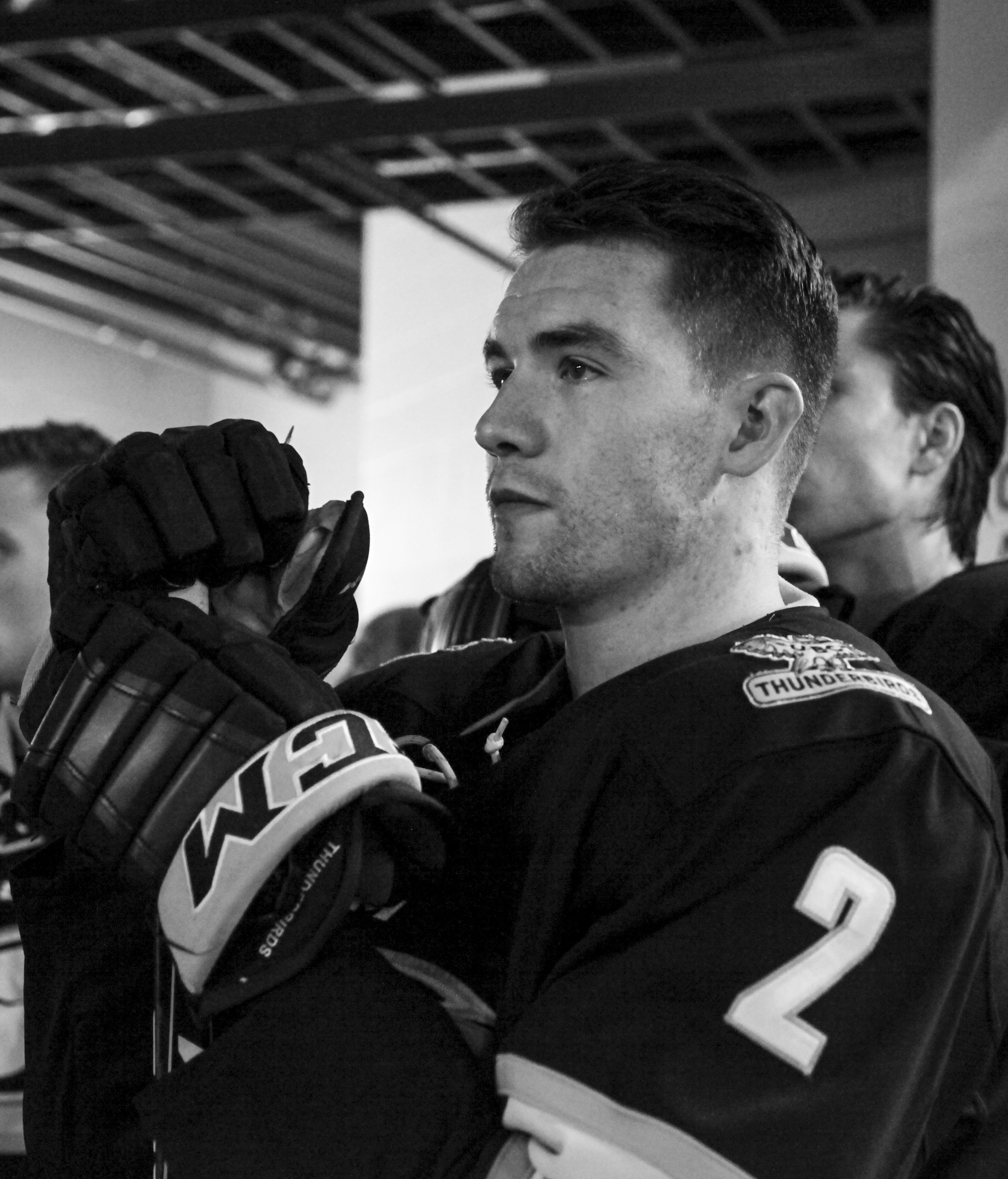 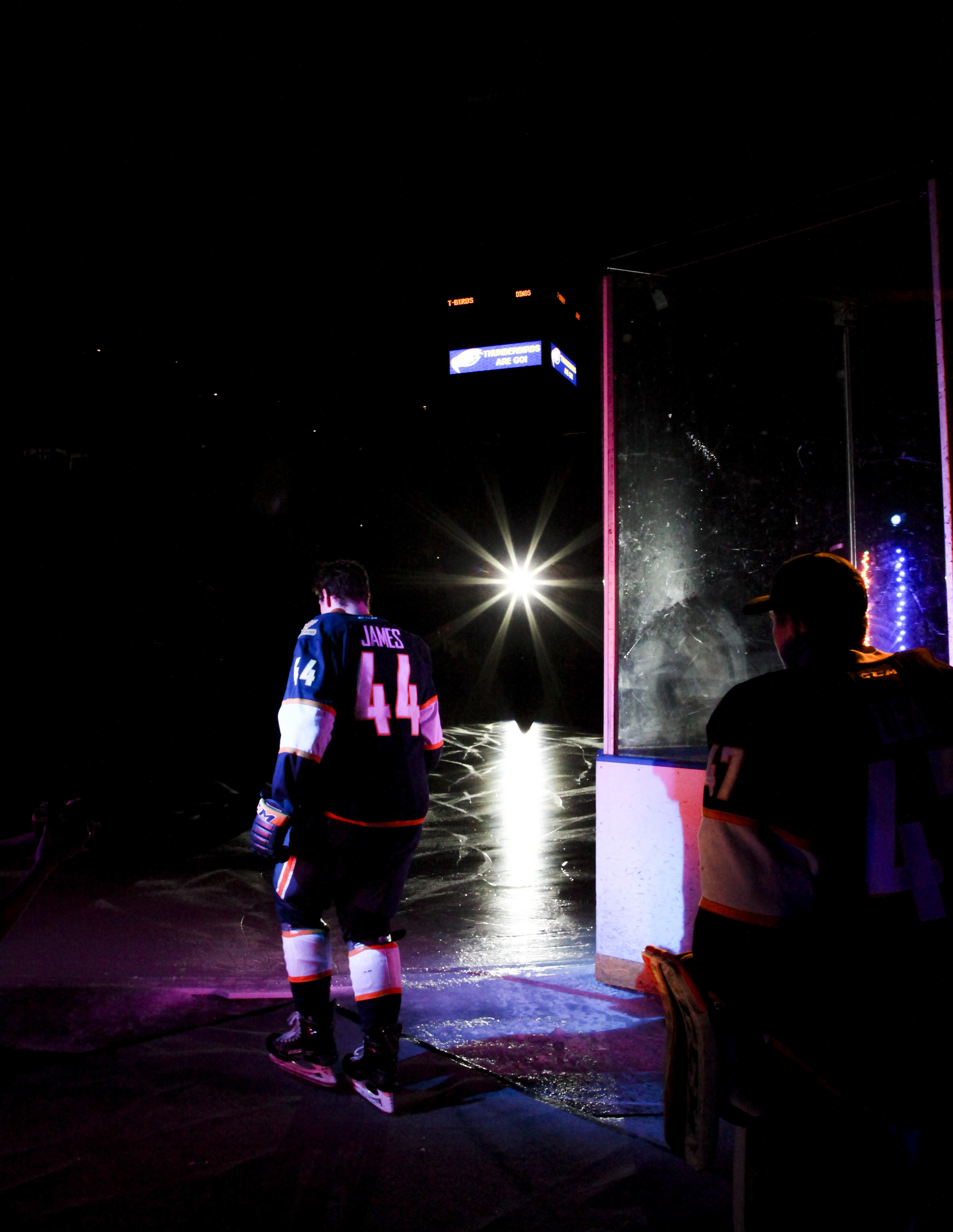 Before the game got underway, former Director of UBC Athletics Bob Hindmarch, who was recently honoured with the Order of Canada, ceremonially dropped the puck, bringing the Thunderbird faithful to their feet. It was a touching tribute for a man who dedicated his career to UBC Athletics.

In the early moments of Friday's match-up, play was even as both teams started out strong defensively. A sloppy turnover in the 8th minute by UBC allowed Dinos forward Riley Sheen to walk in and rifle a shot past UBC goalie Rylan Toth for the first goal of the game.

The first powerplay of the game went to Calgary as well, but with the man advantage it would UBC who would come away with the best scoring chance. Defenseman Kyle Becker broke free for a breakaway but was turned away by Calgary goaltender Jordan Papirny.

Down a goal heading into the second, the Thunderbirds were searching for a spark. A couple of big hits from forward Maxwell James brought the crowd to their feet, but it was captain Jerret Smith that sent the crowd into a frenzy as he scored off a pass from forward Micheal Stenerson. Toth started to settled in too between the posts for UBC, as he stopped a breakaway attempt by Calgary forward Robbie Fisher. 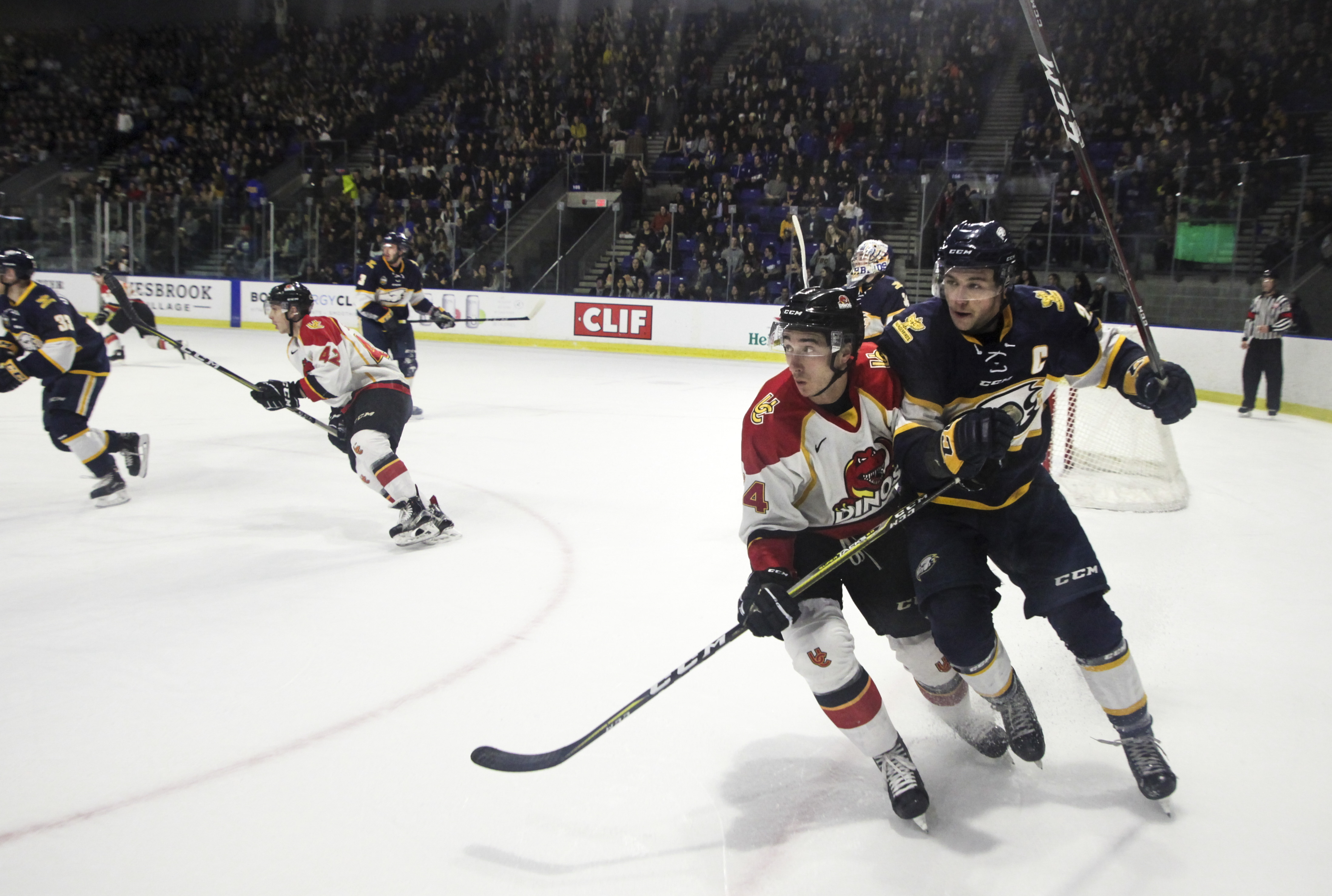 However, he could not stop a one-timer from Sheen who was left uncovered after UBC once again failed to break out of their own zone; the forward netted his second of the game in the 12th minute of the second. UBC pushed back and were able to get their first powerplay of the game midway through the period. They weren't able to find an equalizer and the period ended 2-1.

Frustrations started to boil over for the Thunderbirds in the third — a dirty hit set off a scrum that saw referees falling and helmets flying.

Once the dust cleared, UBC got another powerplay opportunity but once again they couldn't capitalize. 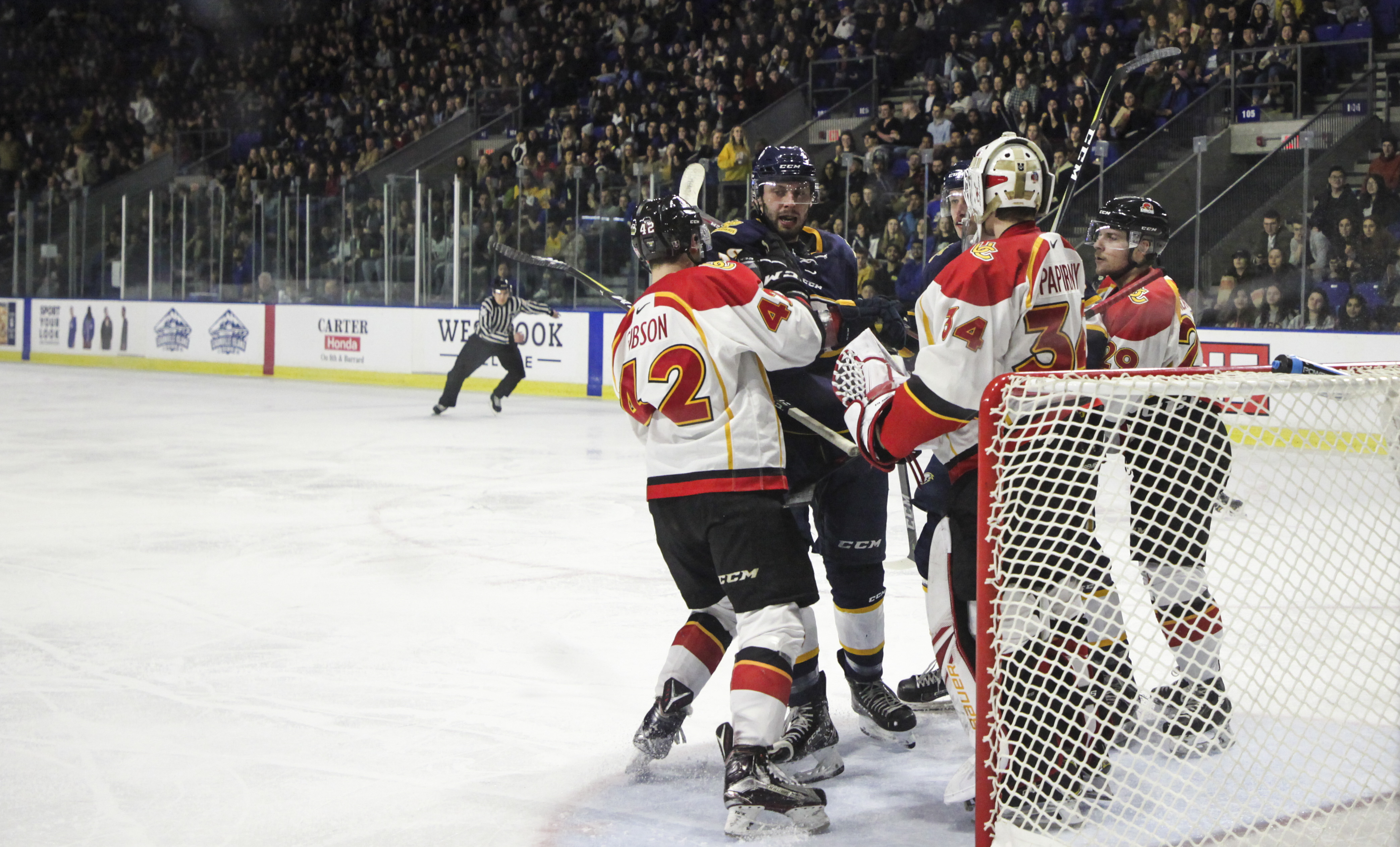 UBC and Calgary players have a discussion in front of the Dinos net. Elizabeth Wang

For most of the third, UBC managed to control the play. Another Becker rush would lead to a scoring chance for the home side with Papirny out of position, but no UBC player could put away the rebound. With time winding down and the crowd getting restless, UBC got another powerplay off a 10-minute misconduct penalty from Dinos defenseman Ryan Gagon. This time, the Thunderbirds would make the Dinos pay. A Jerret Smith point shot created a rebound that Stenerson tapped in to tie the game with under six minutes to play.

“He’s an older guy,” Butenschon said of Stenerson.“Those are the kind of guys that usually show up in [these] kind of games, so his experience was pretty clear out there and it was nice to see him get rewarded.”

The game would go into overtime where the Dinos would take control. A wristshot by forward Dane Gibson would be the game winner, giving UBC another heartbreaking loss at home and a tough hill to climb going into the rematch at Doug Mitchell on Saturday at 2 p.m.

“I thought we were right there,” Butenschon said. “We did a lot of good things. It was a good character comeback there in the third period. In overtime, we lost our coverage and they capitalized”

“We can’t get frustrated, we've got to stay positive.”

With the loss, UBC move to 10-9 on the season in Canada West — fifth in the league with a fair amount of wiggle room ahead of the sixth place Lethbridge Pronghorns.