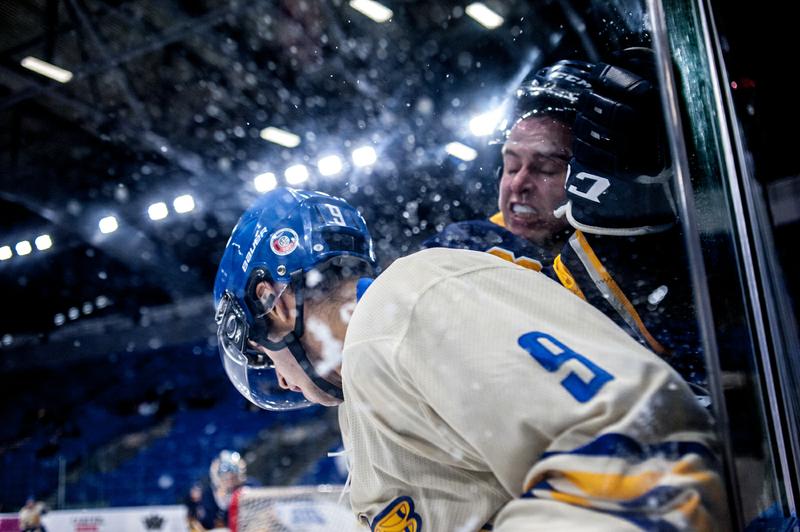 With Lethbridge just behind UBC in the standings, Friday night will be a battle. Kosta Prodanovic

It’s that time of year again — tomorrow, the men’s hockey team will play in front of its largest crowd of the season.

This year, the ’Birds will be playing against the Lethbridge Pronghorns in the Winter Classic. It will be UBC’s second Classic against Lethbridge since the event’s debut in 2015.

The first Classic at UBC was a record-breaker for attendance with 3,049 fans. This number grew to 3,577 in 2016 and 5,036 last season. The ’Birds also came out on the winning side for the first time last year — a breakthrough after two years without success.

This year, the ’Birds are expecting a sellout crowd of 5,500 in what will also be the team’s first home game of 2018. The school spirit’s clearly there, but what do the fans have to look forward to?

UBC didn’t win a single game through November or December, but they seem to have recovered from their losing streak since returning from the winter break. So far, the T-Birds have three wins and a loss to start 2018 and currently have a 10-9-1 record. As the fifth seed in Canada West, the ’Birds would clinch a playoff spot if the playoffs were to begin today.

Lethbridge, on the other hand, is a team that has been noticeably struggling both offensively and defensively this season. While they aren’t last place in the conference yet, the Pronghorns do have the most goals against of all teams with 77 and are tied for fewest goals scored with 52.

In the net, the ’Birds have been seeing some solid goaltending from Matt Hewitt in recent games. He posted an impressive save percentage of .967 in the last two games against Regina and now has eight wins this season. This will again be a valuable asset in Friday’s match up.

Head-t0-head this year, the Thunderbirds have the upper hand — UBC last faced Lethbridge back in October, where the team won 5-0 and 6-4 in the weekend doubleheader.

While the past stats lean towards a victory ahead, the ’Birds can’t take anything for granted. With an 8-10-2 record, Lethbridge is right behind UBC in the standings, which means they are still playoff contenders too. For the ‘Birds, winning the Winter Classic is somewhat essential to securing their spot.

We’ll just have to wait and see if they can.

Puck drop for the Winter Classic is at 7 p.m. on Friday, January 19.