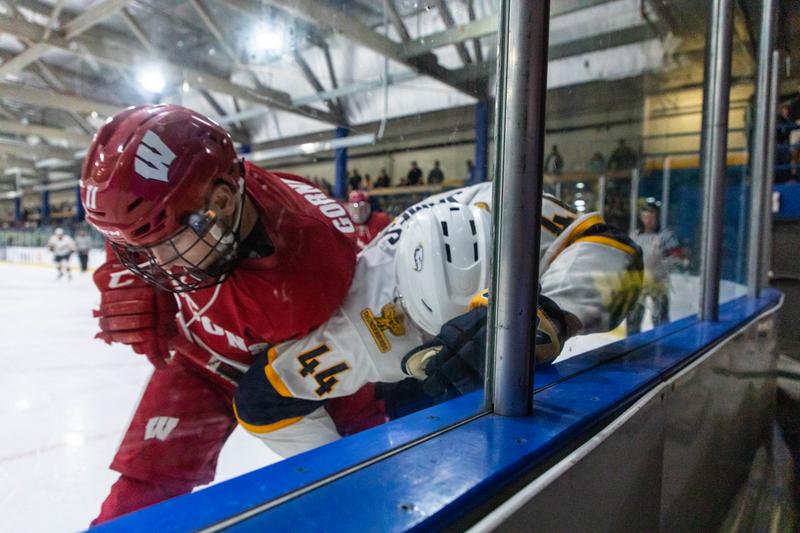 The UBC Thunderbirds may have walked away from a 3–0 loss after Friday night’s showdown with the American powerhouse University of Wisconsin Badgers, but that doesn’t mean that they didn’t leave everything out on the ice. 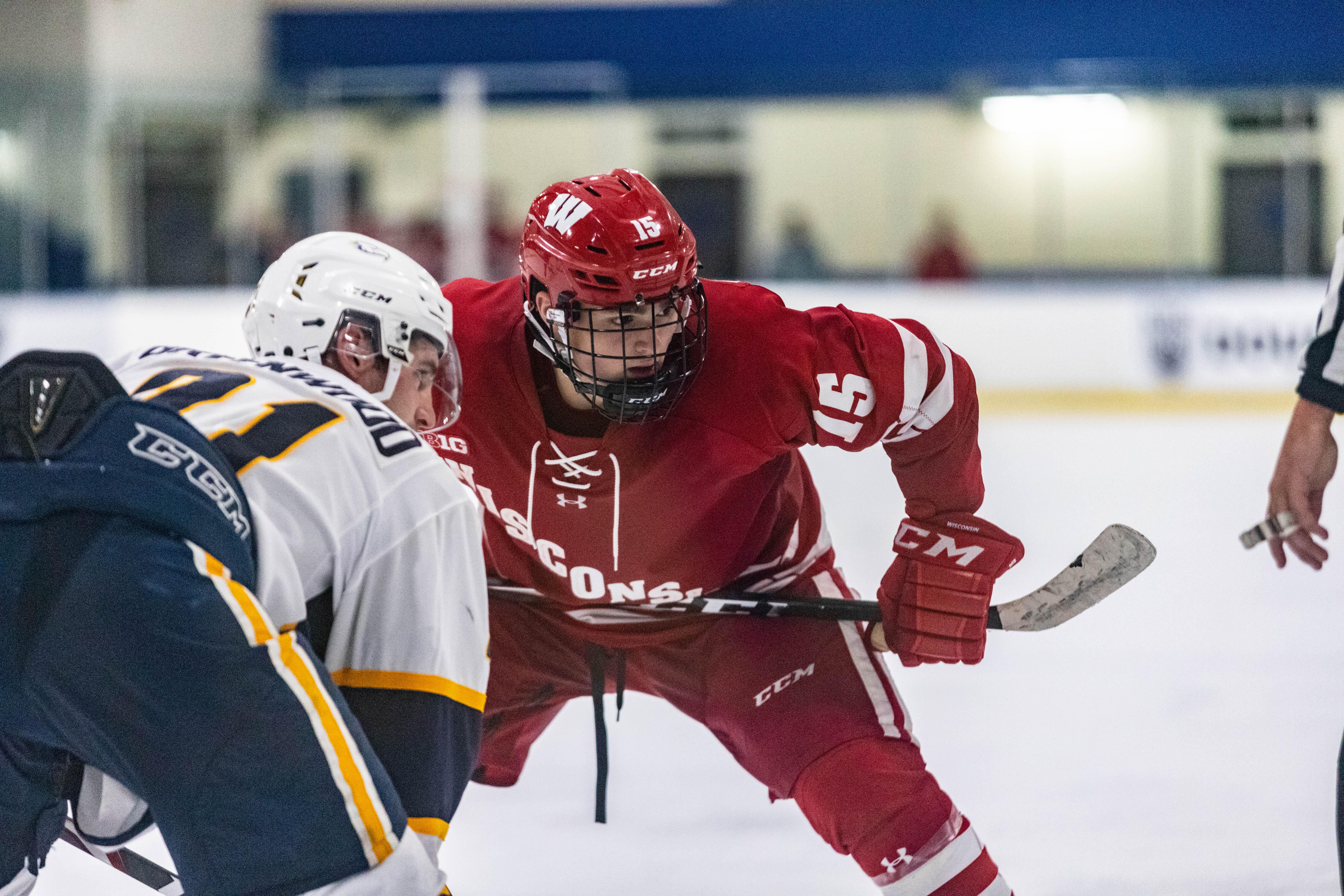 Yet while neither team’s players have ever really played each other, they competed as if they were old, bitter rivals. Just under 1,000 fans witnessed the action-packed game, marked by 24 penalties and two game-misconducts calls.

The game would start on a more friendly basis, with the Badgers moving quickly up and down the ice and the Thunderbirds, playing with a new batch of WHL-hardened rookies, keeping up with the NCAA Division I squad.

“I think we were right there, I mean, we were just lacking you know, any kind of offensive punch. I don't know how many scoring chances we had. So I think we fared fine against them, you know, defensively and physically, but we just lacked a bit of offense tonight,” Thunderbirds head coach Sven Butenschön commented about the ’Birds defensive and physical play. 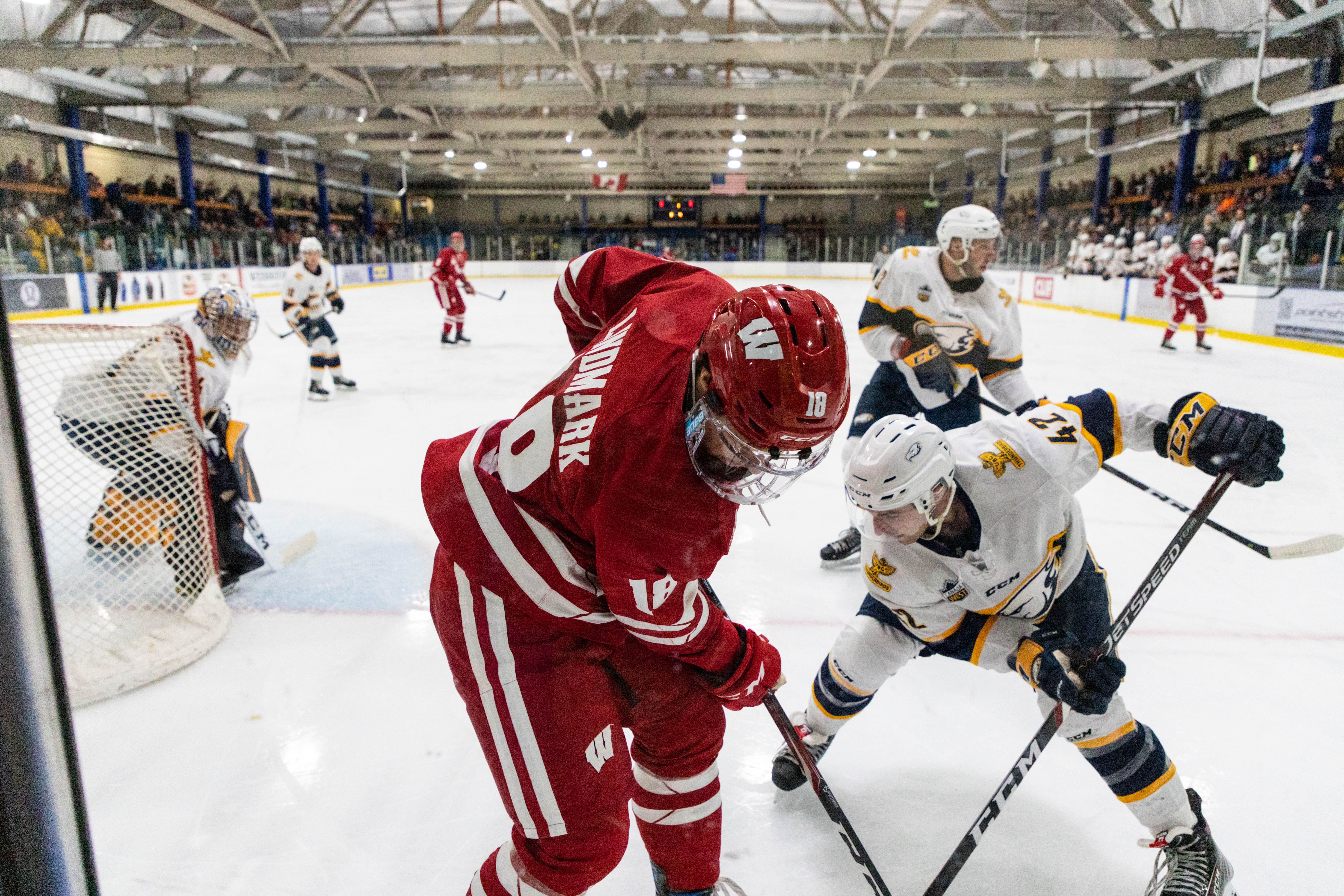 Play was fast-paced and moved up and down the ice for most of the game. Salomon Micko Benrimoh

Yet even with that, the Badgers still jumped out to put 19 shots on veteran T-Bird Rylan Toth. Toth faced an early test when a Badgers player on a break went full force into the keeper, knocking him down, but not out.

It would be recent 15th overall National Hockey League draft pick Cole Caufield who would strike first for the Badgers. Playing in one of his first games for the team, the Montreal Canadiens prospect sent one past Toth off passes from K’andre Miller and Linue Weissbach.

The Badgers would go into the first intermission with a 1–0 lead and, when both teams came back out, when things started to get scrappy. Each team was limited to less than a dozen shots on goal while five ’Birds and four Badgers were sent to the penalty box for a plethora of roughing, interference and tripping penalties.

The Badgers would score in the dying seconds of the period, ending a valiant defence by the ’Birds as Wisconsin’s Dylan Holloway beat ’Birds goalie Toth on a power play. And while the ’Birds came back hard in the third period, registering 13 shots on Wisconsin keeper Daniel Lebedeff, the Badgers would strike early and take a 3–0 lead off a Jason Dhooghe goal.

They’d keep that lead for the rest of the game and tempers started to flare in the dying minutes as the Badgers kept the hungry Thunderbirds at bay. A scuffle to the right of the Wisconsin netminder quickly exploded into a full line brawl which would see Wisconsin’s K’andre Miller and UBC’s Kyle Becker be given game-misconduct penalties and send them to the locker rooms early. 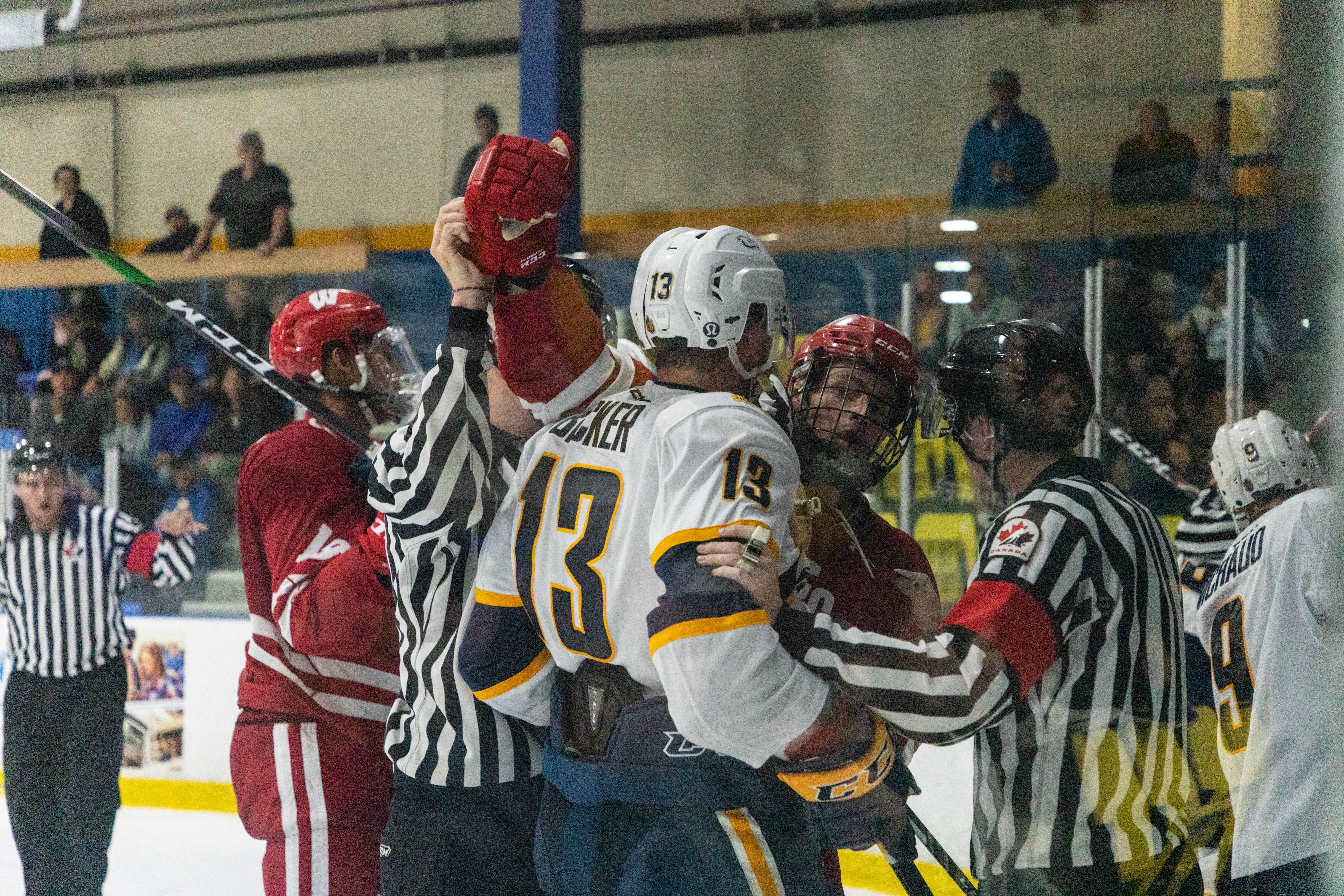 UBC's Kyle Becker and Wisconsin's K'Andre Miller would each get sent off in the third period. Salomon Micko Benrimoh

Going into Sunday’s rematch, coach Butenschön has recognized the key areas of the ’Birds play that needs improving.

“Moving the puck faster, getting it on your forehand [and if] you see an open guy, move it right away. If you get the puck in the offensive zone and you have a lane to the net, take it to the net, shoot it because as soon as you start stick handling, everything shuts down. So I think if we just play a little bit faster, move the puck faster, we'll generate more offense.”

If the ’Birds left with anything from Friday’s game, it’ll be the determination to fight back with a vengeance when the two teams meet for the second and final game of the exhibition series, puck dropping 3 p.m. Sunday, at Father David Bauer Arena.