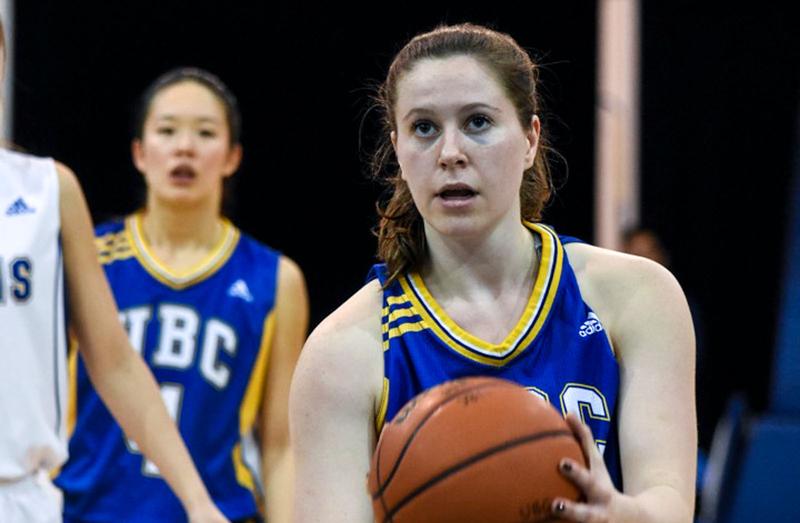 Women’s basketball captured the win in their second game of the weekend against the University of Lethbridge Longhorns on Saturday. Every UBC player saw court time and the team was leading in points throughout the matchup, finishing with final score of 77-47. The ’Birds won 79-36 on Friday night.

The T-Birds came out strong from the first quarter, allowing only nine points the whole period thanks to a hard defence that lead to repeated turnovers. Fourth-year Kara Spotton got the first basket of the night, followed closely by two more from Cherub Lum. Spotton scored nine points for UBC in the quarter. Lum came back to make a three-pointer from up high on the arch. With less than a minute left, second-year Kamila Wojciechowski then got in another shot to put UBC up by 15.

In the second quarter UBC kept ahead, but the Horns definitely upped the aggression and managed to make up some ground from the points they gave up in the first quarter.

“We had a good tempo and our defence was strong in the first quarter,” head coach Deb Huband commented. “After that the intensity level dropped a little for us, we let them penetrate to the basket.”

The pace of the game was still kept constant and fast. The T-Birds dipped only slightly on offence. Twenty seconds in, Lum scored a nice layup from Adrienne Parkin. Parkin scored another basket and drew a foul to finish a three-point play. She then scored again halfway through the quarter with a three-point shot from near the baseline. Diana Lee made a nice fake and earned UBC another two. With 15 seconds left, fourth-year Andrea Strujic stuck a shot in from under the basket.

At the beginning of the second half, the score was 44-28 with UBC leading. The T-Birds were back on point with nearly half their numbers coming from foul shots. Lee also contributed by making a three-point shot. After, Lum made a drive for the basket in a crowded key and then flushed the ball back out to third-year Shilpa Khanna who got another three-pointer for UBC.

Going into the fourth quarter, when UBC was up by 30 points, Parkin hooked one in. First-year Chelsea Hamming made her shot from under the hoop. First-year Jessica Hanson assisted to Lee for one last three-pointer at sub two minutes. The final score was 77-47 for the T-birds.