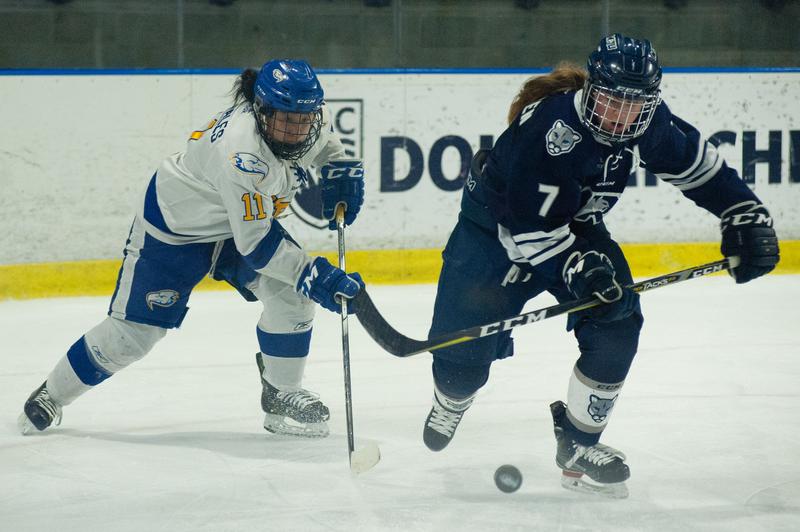 Though the game became an endurance test on Friday night for the UBC women’s hockey team — as three overtime periods were needed to decide a winner — they finally took home the one game advantage in their Canada West quarterfinal series against the Mount Royal University Cougars with a score of 2-1.

“No better way to get [the playoffs] going than with a nice little triple overtime,” UBC head coach Graham Thomas said after the game, laughing.

The Cougars came out strong in the first period with a solid fore-check and an early power play, which afforded them a few scoring chances. At the other end, a T-Birds scoring chance saw forward Kathleen Cahoon make a pass to forward Kenzie Robinson in the slot, but they couldn’t convert their hard work into a goal.

Later in the period, UBC forward Brielle Bellerive opened the scoring for the T-Birds after receiving a centering pass from Cassandra Vilgrain — it was Bellerive’s first goal of the season, and at an apt time too.

The Thunderbirds used their momentum from their opening goal and a late power play in the first period to drive the play at the beginning of the second period. Cahoon had two partial breakaways, giving her a chance to increase UBC’s lead, but she was not able to capitalize.

From there, Mount Royal would bounce back. A Bellerive cross-checking penalty at 14:13 would prove costly for the T-Birds. Just over a minute into the 5-on-4 for the Cougars, MRU’s Reanna Arnold scored on a follow-up drive after an initial pad save from UBC goaltender Tory Micklash. Coincidentally, it was also Arnold’s first goal of the season. 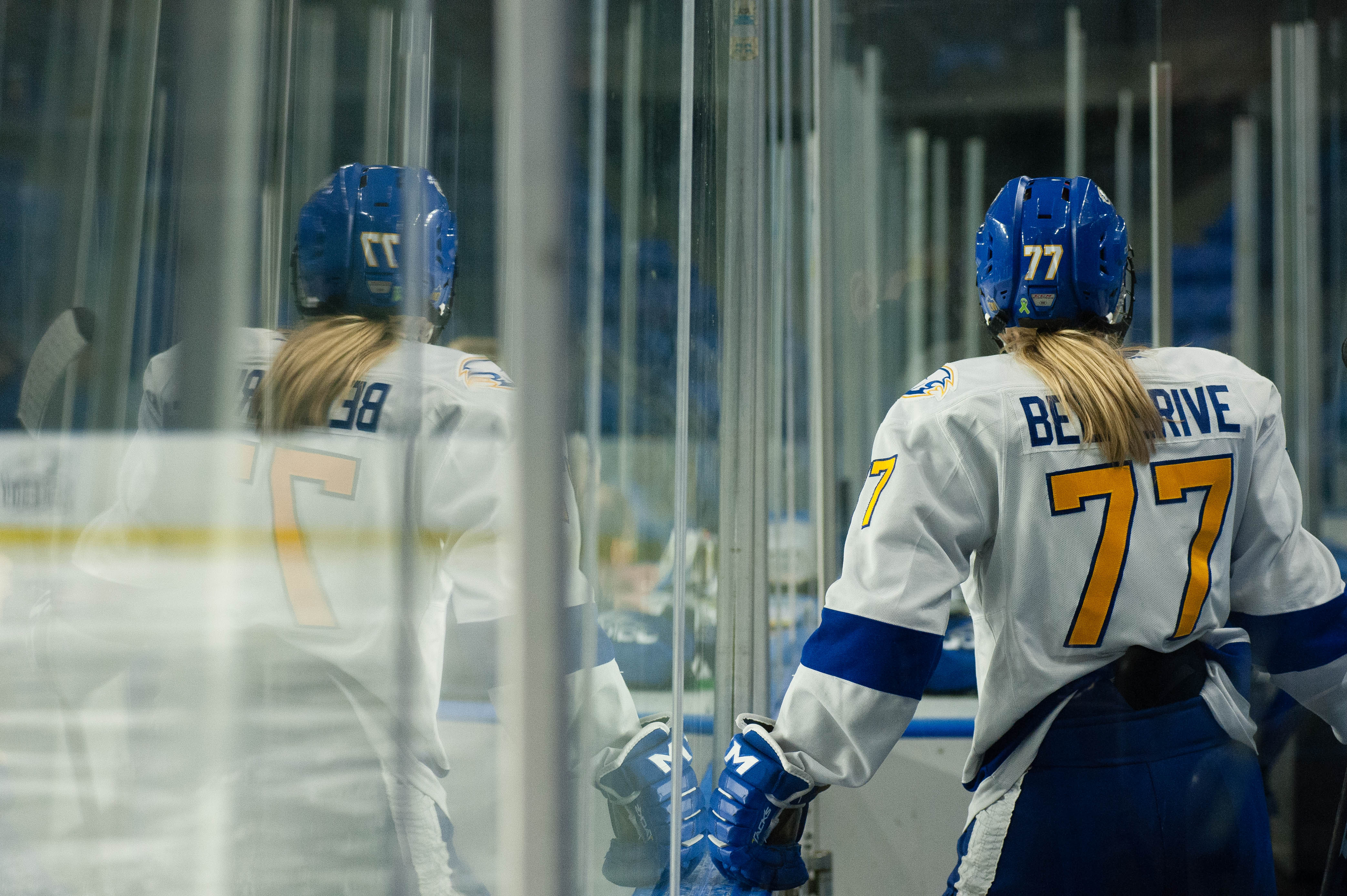 Brielle Bellerive takes a seat in the box. Patrick Gillin

The third period of regulation saw a couple of early scoring opportunities for MRU, which the Thunderbirds countered with some offensive pressure of their own. A point shot from T-Birds forward Shay-Lee McConnell just after the halfway mark of the period got past Cougars goalie Zoe De Beauville but the goal was called off, preserving the 1-1 tie.

The stalemate would hold until after regulation, despite offensive pressure from both teams near the end of the period — and it would take three overtimes to decide the game.

The winning goal for UBC came at 15:55 of the third overtime, with Cahoon playing the hero and ending the now close to two-hour game. T-Birds Logan Boyd and Tiffany Chiu assisted the goal.

When asked post-game how the team kept their focus for the lengthy match-up, Thomas said it was about keeping the team engaged between periods and continually switching things up.

“In between periods ... we had to switch up a few system [things] because [the players] were getting pretty tired,” he said. “We did a little visualization, we watched a little pump up video before we went out in that last one again and just [tried] to keep them focused yet loose.”

Going forward, the team has less than 24 hours to get rested and refreshed for the rematch on Saturday — not an easy feet when you basically play two full games the night before.

“We have to focus on tomorrow because tomorrow’s a huge pivotal game,” Thomas said. “We have to get it done in two, so we get a rest day off on Sunday. That’ll be our motivation tomorrow.”