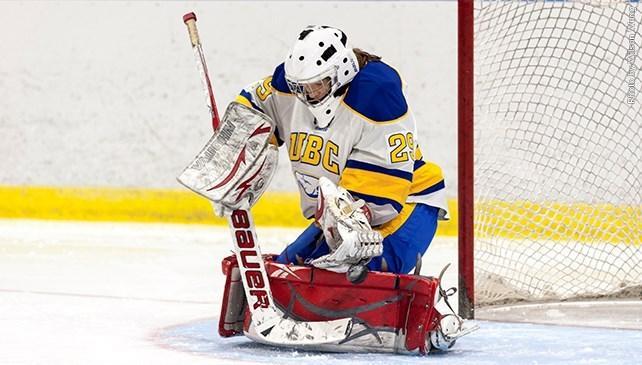 Laura Taylor was one of the team's goaltenders, who passed away in April. UBC Athletics

Last April, Laura Taylor passed away abruptly, only a few days away from her 34th birthday. In the few hours following this revelation, it became apparent that she had been a casualty to mental illness — particularly bipolar disorder and depression.

Taylor had been a new addition to the squad, studying medicine at UBC's faculty of medicine after transferring from the University of Saskatchewan in 2015. According to head coach Graham Thomas, she had "a passion and love for the game" and was extremely committed to the team. The 33-year-old student had wanted to be a role model and mentor for her fellow teammates. She also had a contagious smile and was vocal about mental health issues.

The events had a deep impact on her family and friends, as well as her teammates. But in its wake, it also sparked a campus-wide conversation about mental health, a conversation that needs to happen. A large part of discussion has centred around removing the stigma surrounding mental health and wellness conversations.

On Friday, the Thunderbirds had a pre-game ceremony in honour of Taylor and to bring more awareness to mental health and illnesses. At the ceremony, her jersey number —number 29 — was retired in front of family and friends. For the team, the game was about remembering Taylor, and starting discussions about mental illness.

"One way or the other, we were going to do an awareness game."

The idea started to snowball and become bigger, and so the athletics department coordinated with Taylor's family and friends to come retire her jersey in order to honour her life and the her message. They also brought Bell Media's "Let's talk" campaign on board as well.

The team had wanted to wear green jerseys — the colours used for mental health awareness — but the opposing team, the University of Alberta Golden Pandas, already have their colours as green, so it would have been difficult to differentiate the teams. They settled on lime green tape to put on their sticks and skates. They also got "LT" stickers.

The team is looking to continue the vigilance and hope to reduce the stigma surrounding these discussions.

"We're just open to helping anybody through it just like a physical ailment."

By doing this, the team has brought discussions about mental health, particularly in sports to the forefront. While this is a deeply personal event, it is also a public service.

There are already several groups on campus that push for these discussions and some resources that students can make use of, but we can do more. We need to talk more about mental illnesses and treat it less like a stigma, and not like a person a person is weak if they admit they need help.